Back in 1993, controversial arcade fighter Mortal Kombat released on home consoles. The SNES version replaced the gore with sweat, but was graphically superior to the bloody Sega Genesis port. Guess which one everybody liked? Ninja Gaiden Sigma 2 is the SNES version in this case, replacing spraying blood with blue smoke while adding co-op play, streamlining the gameplay, and introducing new chapters and characters. With all these great advances, why did Tecmo give bloodthirsty gamers an excuse to blow off this edition? It’s still rated M, so what’s really gained out of this decision?

While the dried pools of blood may disappoint some, Sigma 2 features many gameplay improvements. The bow and arrow has unlimited ammo so you no longer have to collect arrows, plus the streamlined controls make shooting way more appealing. It’s nice not having to track down keys to open locked doors, and there’s a nice path indicator you can bring up if you get lost. While it stinks that you’re blocked from maxing your weapons completely until late in the game, at least you don’t have to spend orbs on them anymore (you just choose one per level).

Rachel, Momiji, and Ayane’s new chapters are a fun diversion from Ryu’s quest and offer a chance to experiment with different play styles and alternate bosses. It is slightly lame, however, that these environments are mostly backward versions of Ryu’s stages. The co-op mode is a large collection of plotless arena missions featuring waves of enemies and various boss compilations. Be sure to beat the main game before you delve into this mode or you won’t have any weapons or bonus characters. Unfortunately, team play is online only; otherwise you’re stuck with an AI bot.

Sigma 2 is a longer, more action-packed edition of Ninja Gaiden II, and if you’ve never played the original you won’t notice the missing gore.

8.5
About Game Informer's review system
Concept
Gaming’s equivalent of a director’s cut – except this director yanked out most of the blood
Graphics
Stunning save for a few bland backgrounds
Sound
Surprisingly decent English localization
Playability
Combat is tight as long as it’s not blocked by a fence or column
Entertainment
Packed with excellent new content, including a throw-down with the Statue of Liberty
Replay
Moderate 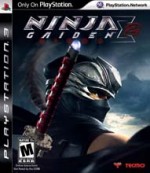