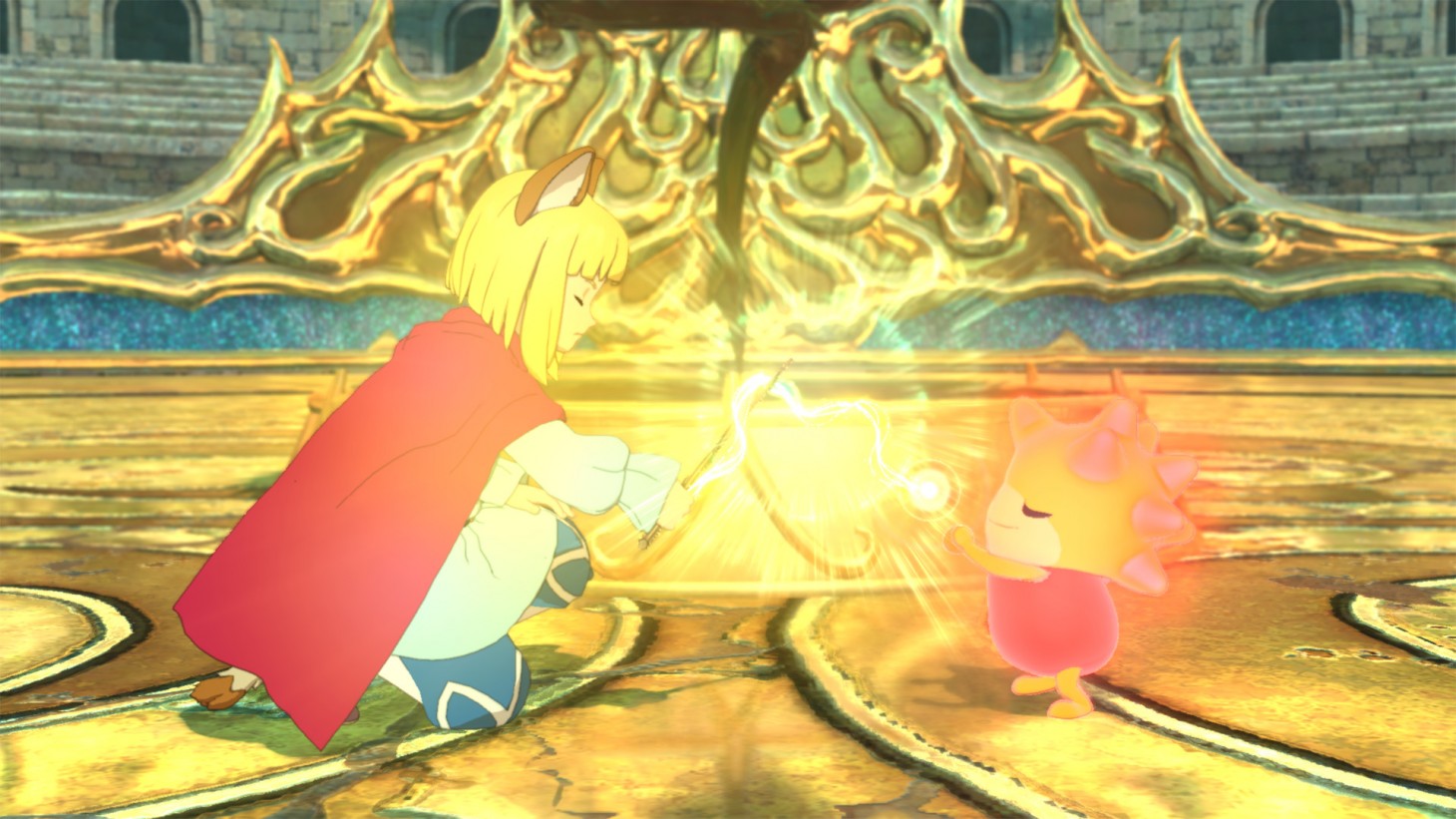 No government is perfect. While many idealistic concepts give birth to new nations, the implementation of those ideas usually strays from the intent – and yet, governments can succeed and thrive despite their imperfection. Ni no Kuni II: Revenant Kingdom is the same. It chronicles the monarchy of King Evan with an ambitious framework that includes elements of traditional role-playing, city-building, and real-time strategy – which all sounds amazing in theory. In reality, these concepts fall short in their execution and leave the game’s full potential conspicuously unrealized, but those missed opportunities don’t prevent it from being charming or entertaining.

Ni no Kuni II is a brand new story, and doesn’t require any familiarity with the first game. It follows Evan, a young ruler forced to leave his homeland and start a new kingdom from scratch. I can’t exactly say that the narrative is bad, but the straightforward fairy tale doesn’t go anywhere interesting. Evan wants to create a world without war, so he sets off to unite the other kingdoms one by one. You collect a handful of archetypical party members along the way, but after their initial introductions, they fade into the background and stop playing any notable role in events. Because of this, most characters never grow; you know everything you’re going to learn about the smart and confident sky-pirate princess as soon as she joins your party early on. This means advancing a lot of dull text-box conversations that don’t convey much in terms of personality (due to sparse use of voiced dialogue and full-fledged cutscenes), and cast members who feel like interchangeable cardboard cut-outs.

Though the story didn’t keep me interested, the gameplay propelled me forward due thanks to a clever kingdom-building system. Your realm, Evermore, starts as a meager encampment and grows into a sprawling city as you upgrade abilities, recruit specialists, and build structures like farms and shops. The brilliance here is how Evermore functions as your primary progression system. If you want better armor, upgrade the outfitters. If you want better items, invest in the general store. You can also research passive buffs that improve your experience gains or help you expand Evermore more efficiently. I was completely hooked on this loop; I loved chasing down sidequests that lured new residents that my kingdom. This gives you new research and construction options, and the abundance of available tasks always provides something enticing to pursue. Plus, I like how currency and items accrue in the background as time passes, so no matter what you do (even if you’re just standing idle), you’re making progress.

With things like weapon development and spell upgrades, much of what you accomplish in your kingdom funnels into combat. Battles are fluid and action-driven, letting you control any party member in real time and take down crowds of monsters with various techniques. The simple system is accessible and fun, but it is also the nexus for the myriad ways in which Ni no Kuni II’s ideas need refinement. Fights may be entertaining, but they also don’t provide much challenge, so you don’t have any incentive to learn its intricacies. For instance, you can craft and level up a vast array of magical helpers called Higgledies to assist you, but you can also get by just fine with a basic set, so the extra effort seems pointless. And despite your ability to upgrade spells, magic isn’t more efficient or useful than basic skills, so that endeavor also feels like wasted resources. The optimizer in me still enjoyed digging through my options and mowing down my opponents, but ultimately, my reward was making an already-easy game even easier. A secondary combat system involves more strategic encounters that have Evan controlling a small army, but this idea feels half-baked. A basic rock-paper-scissor dynamic generally determines victory, so choosing your four units before the encounter carries much more tactical significance than any decision you make on the battlefield. I enjoyed getting new units and bolstering the strength of my forces, but the limited scope and clunky controls of these conflicts hold them back. I enjoyed engaging in these skirmishes occasionally for a change of pace (or to get a new citizen), but they were usually on the bottom of my to-do list.

Ni no Kuni II: Revenant Kingdom may not nail everything it attempts, but it gets the important things right. Building your kingdom is satisfying and engaging, even with the weak narrative hooks. The cycle of rewards became an obsession, and had me staying up late to recruit just one more ally, or complete just one more upgrade. Combat could be tighter, and other supporting elements could use some polish – but like any kingdom, this experience isn’t about individual contributions. It’s about how those contributions come together, and the fun of this experience as a whole outweighs its flaws. 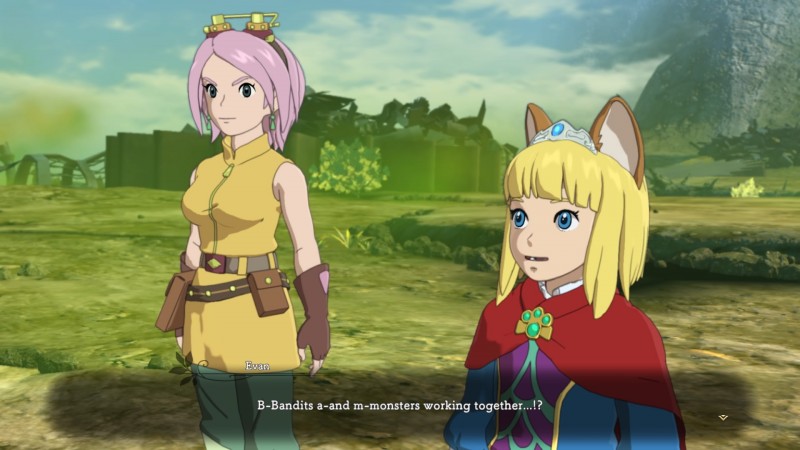 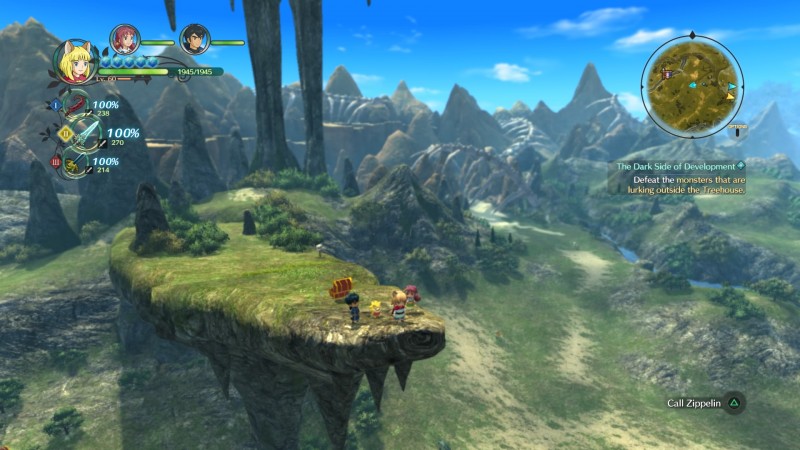 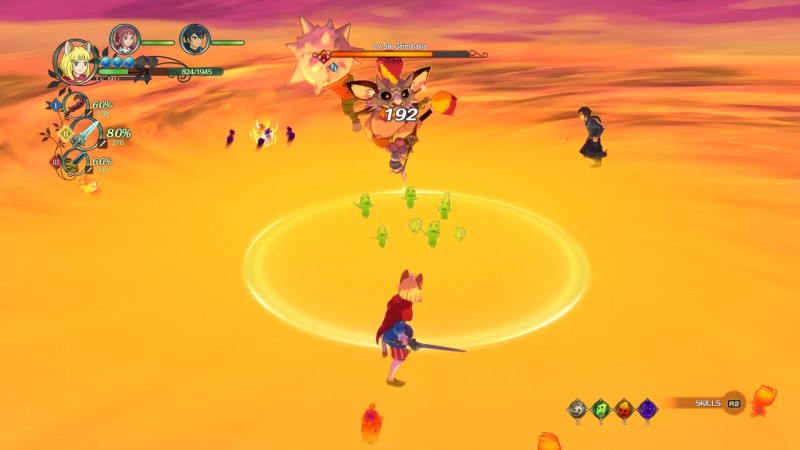 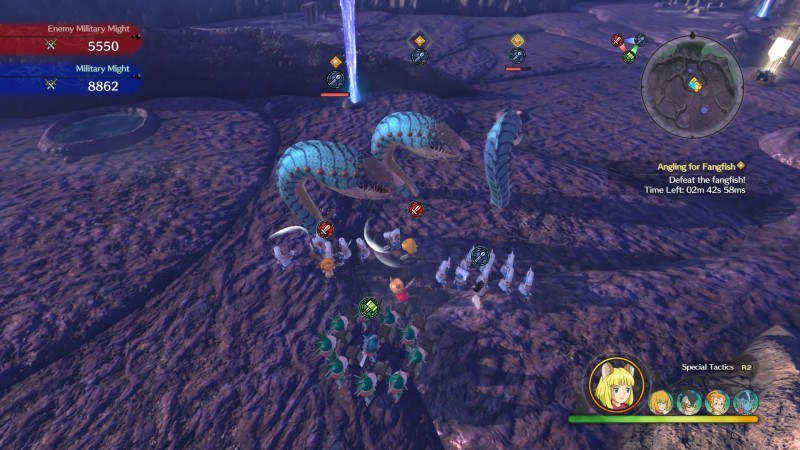 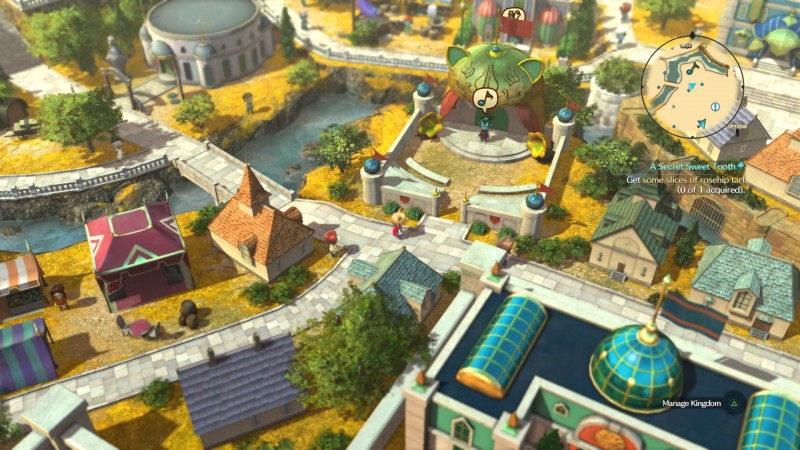 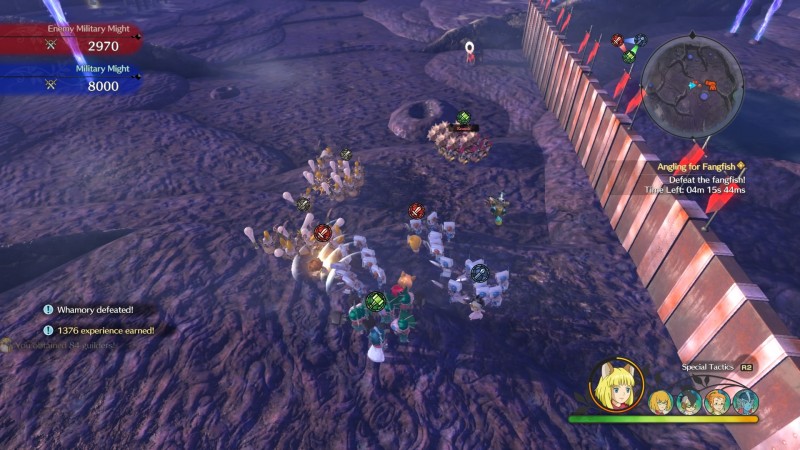 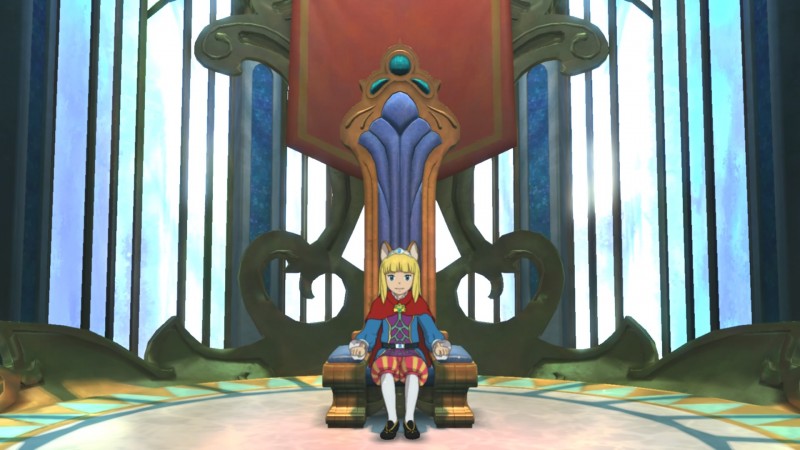 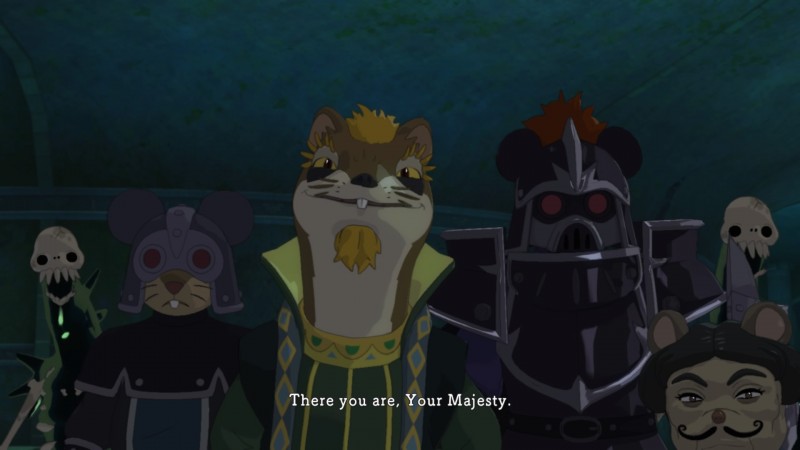 8
About Game Informer's review system
Concept
Learn what it means to be a king through a combination of combat, exploration, and city-building
Graphics
A beautiful, animated style brings the characters and monsters to life. Though the famous Studio Ghibli isn’t formally involved in this sequel (as it was with the original), the visuals remain impressive
Sound
Fully voiced dialogue is surprisingly infrequent considering the size of the game, but the musical score is solid
Playability
Accessible controls make it easy to fight and navigate, though the interface for kingdom management gets more complicated
Entertainment
Plenty of short- and long-term goals keep you invested, and you are thrown into the action relatively quickly. Watching your kingdom grow and flourish is the biggest draw, though the battles also provide simple fun
Replay
Moderate 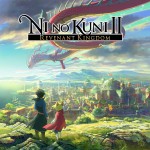