No matter the country of origin, most NHL players start their careers in the same place: honing their craft on outdoor, hometown rinks while daydreaming of the chance to take center stage at hockey’s highest level. With its Peewee to Pro mode, NHL Slapshot captures those pivotal moments in an athlete’s development and chronicles your player’s rise from skating on nondescript neighborhood ponds to starring under the bright lights of big city arenas.

Once you name your skater, choose your peewee team jersey color, and settle on a logo, your pint-sized skater takes the ice at an outdoor rink surrounded by banks of snow and trees. The adorable player models look just like the kids you see on rinks across the country, swimming in hand-me-down equipment and occasionally losing their balance while fighting for the puck.

These 3v3 games are the perfect showcase for Slapshot’s unique play style, which feels more akin to an arcade game than the simulation-driven experiences on the PS3 and 360. The lightning fast players reach their peak speeds in just a few strides, body checking opponents is the best line of defense, and a hard slap shot produces trails of flame.

The game is bundled with a hockey stick peripheral that houses both the Wii remote and nunchuk. Performing the real-world gestures for crosschecks, slap shots, wrist shots, and poke checks triggers the corresponding moves in the game. The game tracks your checking and slap shot motions admirably, but the rest of the moves don’t have much accuracy. Backhands are particularly unresponsive, as are wrist shots in those moments where you pick up a loose puck around the net and must get off a shot in nanoseconds before getting checked or losing possession. The deking moves are very rigid in comparison to the analog stick movements in NHL 11, and given the slight controller lag, the poke check and stick sweep options aren’t effective strategies on defense. In addition, the hockey stick controller cover that hides the nunchuk cord has a protruding corner that digs uncomfortably into your palm. I didn’t notice it during pick-up-and-play matches, but it became a distraction during longer sessions.

As you play though games and rack up points, your skater is rewarded experience points and boosts that you can allocate to the skills of your choosing. You don’t have many options playing peewee hockey, but as you move up the ranks into bantams, juniors, and eventually the NHL, you are given new skills to develop. Earning points is easy early on, but once you get to the higher levels of competition you’ll have to choose which skills you want to upgrade wisely.

NHL Slapshot also features a season mode if you want to jump in with your favorite NHL team, but don’t expect a deep simulation like the offerings on PS3 and 360. Though you have full control over your team’s line pairings and strategies, that’s the extent of the depth. You can only play through one season at a time, so there is no draft or free agency period. Though you can move players from one team to another, I wouldn’t call it a trade system because there is no AI deciding whether or not to accept the proposal. The game ships with older rosters that don’t take into account the past free agency period, but the game has an option to download updated rosters, and EA says these new rosters will release in tandem with the PS3 and 360 updates.

The standard practice of shoehorning minigames into every Wii game is at play in NHL Slapshot, but these half-baked distractions aren’t worth the time it takes to boot them up. The free-for-all game is a decent exercise in rink chaos, but the Goalie vs. Shooter game forces the skater to shoot from a standing position and the Classic Shootout game only lasts three shots even if the match is tied.

If you can put up with the lack of precision in the hockey stick peripheral and the shallow nature of the other game modes, NHL Slapshot’s fun Peewee to Pro mode captures the spirit of hockey from the backyard ponds to the packed arenas in a way that should appeal to adults and children alike. 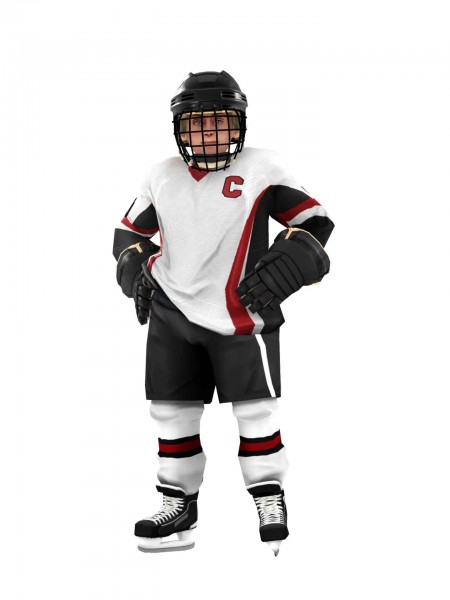 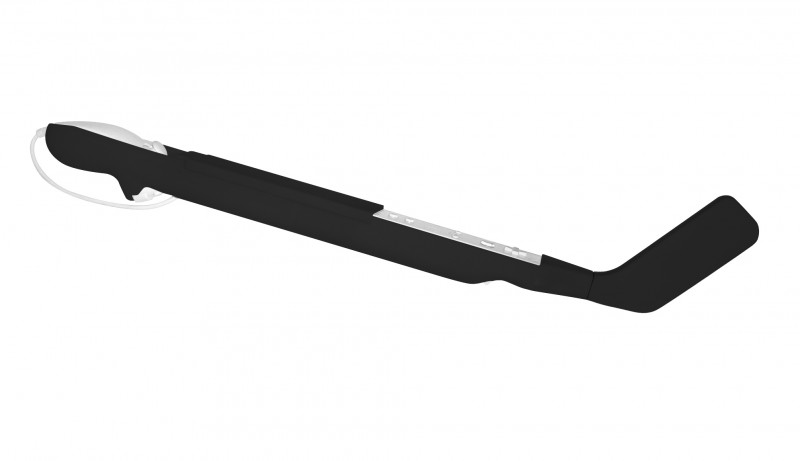 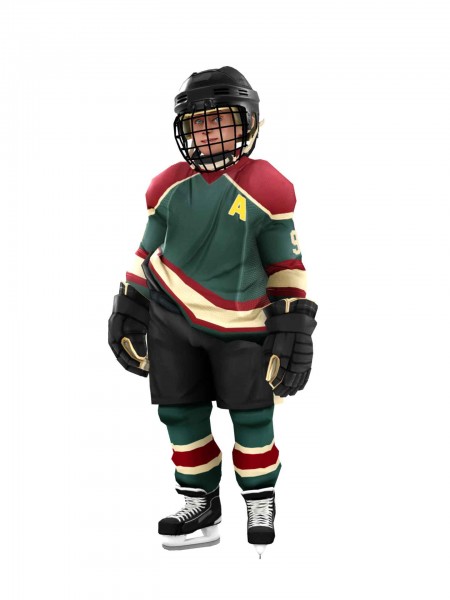 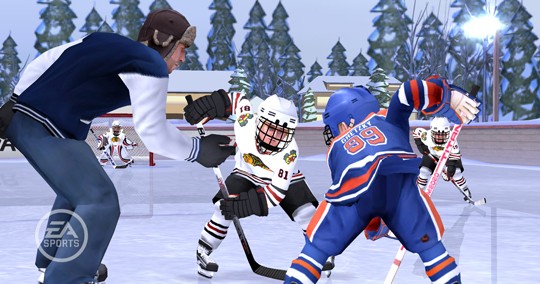 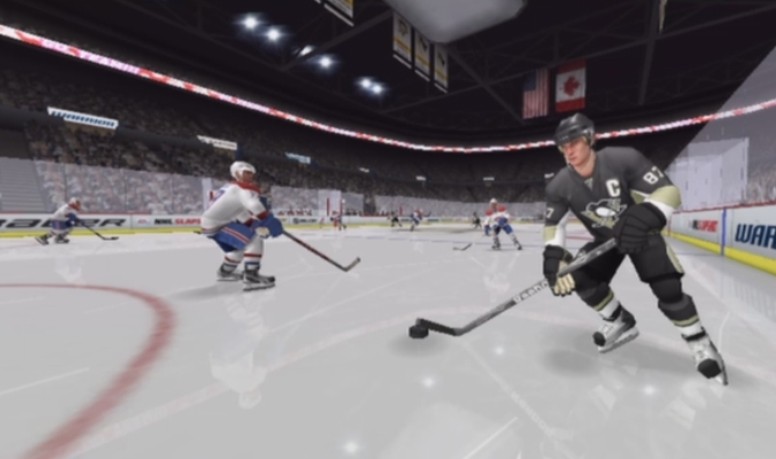 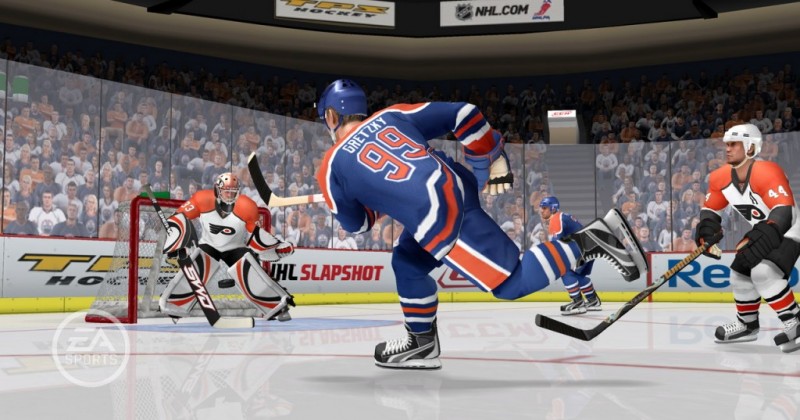 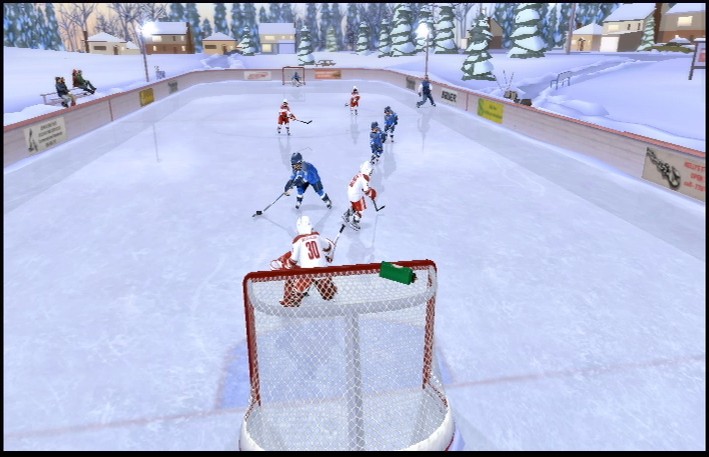 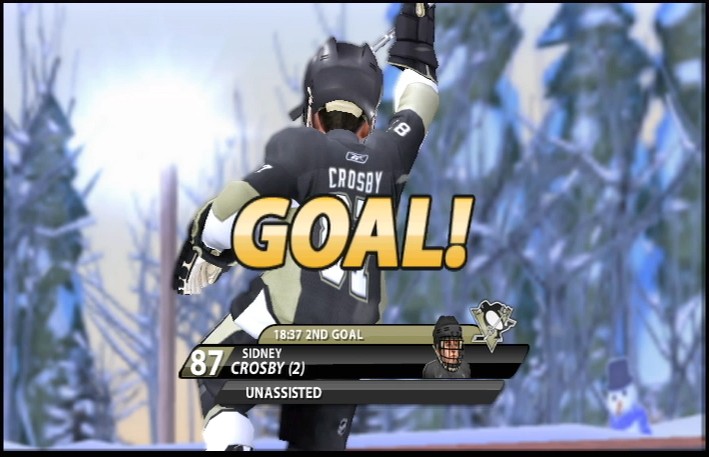 7
About Game Informer's review system
Concept
Challenge the NHL 2K series with a new Wii hockey franchise build around taking your skater from the backyard pond to the NHL
Graphics
Growing your player from an undersized tyke falling all over the ice into a pro skater is a clever way to vary the graphics during your career
Sound
The solid commentators Gary Thorne and Bill Clement assure there isn’t a quality drop from the 360 and PS3 versions to the Wii game
Playability
Though it performs adequately, the hockey stick control is uncomfortable to hold for long stretches, and the responsiveness is far from 1:1
Entertainment
Peewee to Pro is the only mode worth playing, as the party games and season mode feel half-baked
Replay
Moderate