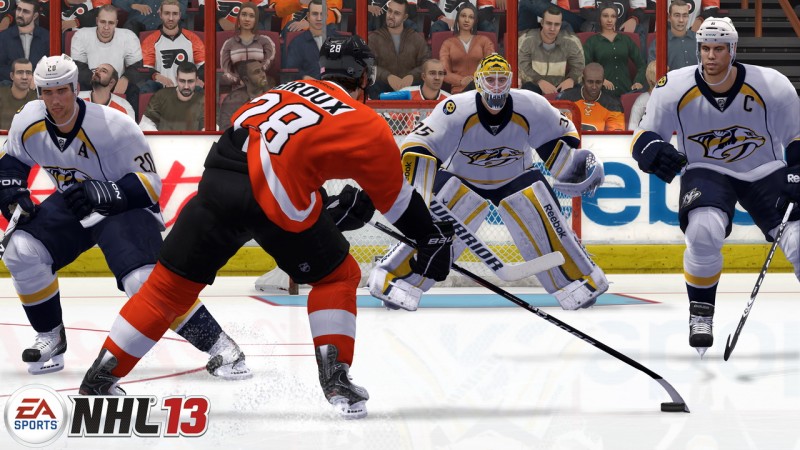 Owners and general managers willingly circumvent salary cap rules and sign players to $100 million contracts, but they argue that the NHL is in dire straits despite generating record revenue for the past seven years. Now the league is moving toward its second lockout in less than a decade, which means EA’s NHL series may be the only place to see your team hoist the cup this year. Though NHL 13 is in no danger of losing a season, it has its own formidable issues with virtual upper management as well.

For the past few years the Be A GM mode has been undermined by sketchy AI logic that resulted in questionable trades, restricted free agents sitting out entire seasons, and teams stashing legit NHL players in the minor leagues. To address these issues, developer EA Canada spent a lot of the offseason trying to give these wayward AI-controlled teams smarter brains. While bone-headed decisions happen less frequently in NHL 13, they still occur enough to shatter the illusion that you’re competing against the likes of GM whizzes Ken Holland and Ray Shero. Teams let highly touted prospects like Jonathon Huberdeau pass through waivers midseason, trade for a player only to put him on waivers the next day, and favor skating career minor leaguers over giving prospects ice time in the AHL. Even the players suffer from brain damage. Some highly rated players on the back end of their careers demand ridiculous contracts, and when nobody matches their price they sit out entire seasons.

EA Canada rewrote the trading logic as well, but the different approach has the same broken results. Teams more accurately enter fire sale mode at the trade deadline when they are out of contention for the playoffs, but they typically only offer over-the-hill veterans or prospects years away from making an impact. AI-driven GMs also hold a stubborn view of how to shape their rosters. If your proposal doesn’t stick to the highlighted list of players they are comfortable trading, you have to offer an absurdly generous package to get a deal done. This concept makes sense when you consider the high price it would take to acquire a star player like Sidney Crosby, but it extends to situations where teams have no understanding of their own surpluses. In one instance, the Dallas Stars didn’t feel comfortable trading a goalie even though they had four netminders rated 80 or higher in its system. Teams also brazenly offer trades nobody in their right mind would make, like a second-round pick for your first-round pick. 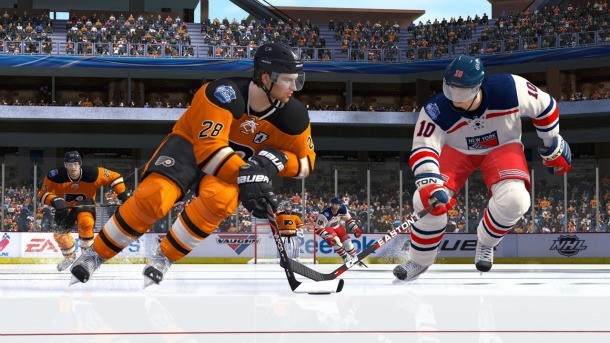 If you don’t want to contend with the broken GM logic, you can head online to compete with friends in GM Connected, a new online franchise mode that gives you most every feature you have in the offline Be A GM mode. You can coach a team, play traditional versus games, join Be A Pro-style online team games with five other human players on your squad, or build an AI to compete for you while you work on improving the roster. Though this concept is a great addition to the NHL franchise, the implementation is lacking. Because your league constantly interfaces with the servers, the menu navigation is painfully slow, taking upwards of 15 seconds to exit a basic menu. League commissioners don’t have tools for fixing dropped games or seeing how many games other players have left to complete before deciding to advance the calendar, either. If you want to play in a single-player league, I suggest skipping GM Connected altogether and sticking to the offline Be A GM mode because it can take over 10 minutes to sim CPU games and process transactions each play period. Compared to Madden, which advances instantaneously and has no menu lag, NHL performs like it just got done with a bag skate.

Like the NHL’s current collective bargaining woes, these franchise mode gaffes undermine the stellar action on the ice. Thanks to a revamped skating system, tweaks to the AI strategy, and smarter goalies, this is the best playing NHL game of this generation. It may seem unforgiving to newcomers, but if you play the game like a real NHL team – dumping and chasing, cycling the puck, and peppering the net with shots through traffic – your efforts are appropriately awarded. Being able to turn on the jets to blow past defenders gives the game a more realistic sense of speed, and EA Canada smartly made it tough to shoot at high speeds to prevent players from abusing the feature. Thanks to AI improvements, defenders forecheck with more effectiveness, have very active sticks, and are generally well positioned, all of which results in more turnovers in the neutral zone. For the first time in years, the five-hole is open for business as well, so you don’t always need to shoot that perfect corner shot or execute an otherworldly deke to beat a goalie. 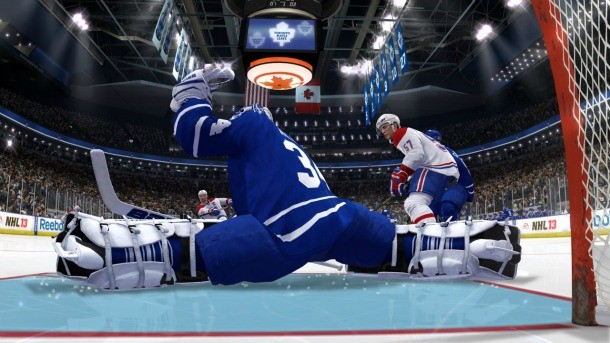 The major knocks I have about the gameplay this year are largely physics based. Players get knocked down from behind far too often, and the puck physics are wildly inconsistent to the point of being unbelievable. Sometimes the puck loses all momentum when clanging off a post, dropping directly downward. Other times it ricochets off goalie past like it’s being shot out of a cannon. Refs also call don’t call enough penalties, even when the slider is maxed out.

As is the case in nearly every sports game, the slew of other modes jam-packed onto the disc only received minimal improvements. You can request trades in Be A Pro. Your Hockey Ultimate Team starter pack includes your favorite team’s logo, jerseys, and one token player. The EASHL features regional matchmaking and a performance-point multiplier that encourages true six-on-six games. Be A Legend adds a few big names like Doug Gilmour, but still foolishly places these all-timers in the modern NHL instead of pitting historical teams against one another. None of these minor tweaks makes or breaks the experience like the broader strokes painted by the gameplay and franchise mode changes.

Like its namesake league, NHL 13’s stellar on-ice product is compromised by the questionable decisions of the men at the top. I’ve never had more fun competing between whistles, but once you skate off the ice and take a seat as the general manager, the poor AI driving the other teams breaks the fantasy. 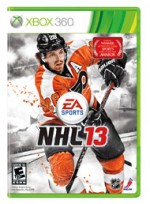 Like the true NHL, EA Sports' smooth skating franchise faces its own problems with upper management.

Purchase More Info
8
i
Game Informer's Review System
Concept Reinvigorate a stalled sports franchise with a great new skating mechanic and recalibrate the franchise mode
Graphics The attention to detail with player faces makes this the best-looking NHL game to date
Sound Gary Thorne and Bill Clement either need to be replaced or get back into the recording studio to get some new material. We’ve heard 90 percent of this commentary repeatedly over the last several years
Playability The True Performance skating is a dramatic improvement over last year’s skating engine
Entertainment With the labor strife between the players and owners, this may be the only place to see the NHL in action
Replay High