In the NHL’s current salary cap era, building a Cup contender requires more diligence than simply poaching big-ticket free agents in the offseason and drafting a blue chip blue liner. Money is tight, so savvy general managers must improve their team by making shrewd draft day selections, weighing the pros and cons of signing away restricted free agents, trading away redundant assets, buying out overpaid players on the tail end of their careers, and knowing the right time in a player’s development to call him up to the minor league or NHL roster to continue his growth. Past NHL games only captured the basics of the team building, but with the addition of the CHL license and a new free agency system that accounts for unrestricted and restricted players, NHL 11’s Be A GM mode comes closer to mimicking the real league than ever before.

With most of the amateur league players now represented in the game, Be A GM gives you direct control over the fate of all the prospects in your farm system. Though the game lacks NCAA and KHL players, most every other prospect is right where he’s supposed to be. NHL teams draft players at a much younger age than leagues like the NFL, so only the top draft picks will likely crack your pro team’s roster right out of the gate. But through several years of simming seasons I saw both first round picks and late round gems blossom into NHL-worthy skaters.

Managing the farm system makes for a fun offseason, but you're surrounded by bone-headed peers. Though the GMs don’t swap star players with abandon anymore, they sometimes let highly touted first rounders like Alexander Burmistrov escape into free agency, bury veteran leaders like Chris Drury in the minors, and propose insulting trades. One team proposed a trade but then rejected it when I agreed to the terms. Another objected to a fair trade for the obtuse reason of having an “athletic surplus.” The new 10-player swaps further demonstrate the broken trade logic guiding CPU GMs; one team asked for both of my NHL goalies for a trio of fourth-line caliber defenders and a throwaway pick. Sure buddy, where do I sign?

No sports game has innovated more on the gameplay front this generation than NHL, and this steady progress continues with the new physics-based animation system. Checks now look different depending on whether your defender is in position for a crushing hit or only able to chip a puck carrier as he skates by. The introduction of broken sticks and a new face-off system also helps NHL 11 improve its game, and EA Canada has tweaked the AI to cut off the back door goal exploit and vary the angles goalies take. Scoring is loosened a bit, particularly in the slot, but most games are still low scoring affairs on higher difficulties.

The game is also starting to show signs of aging. As with the past few NHL games, it’s easy to dictate the pace of the game, keep control of the puck, and limit the number of scoring chances for your AI opponent. That said, the games are still tight because opponents shoot an uncharacteristically high percentage. Your AI-controlled teammates don’t demonstrate the same nose for the net during odd man rushes, as they frequently stop driving to the net. The goalies don’t track the puck well once it’s been deflected, either swinging wildly to knock the puck away or not noticing that it’s sitting right on their shoulder. As in past NHL games, in some circumstances the line change function still fails, leaving five tired players on the ice. Perhaps the most notable criticism is the lack of player personality on the ice. Notorious hitters like Cal Clutterbuck rarely finish their checks, and star players like Alexander Ovechkin don’t play markedly different from any other forward.

You can still create your own star in the Be A Pro mode, but outside of a short stint on a CHL team during the Memorial Cup at the beginning of your career, there isn’t much new to the mode. It’s easier to stay it the NHL if you perform well in the preseason tryout, and the game more liberally awards you experience points to endow a stronger sense of progress for your player, but the teammate AI is still lacking. They take more shots than in years past, but when you’re on the bench they still pass the puck along the half-board and back to the defense too frequently, rarely showcasing the skills or smarts of NHLers.

If you’re an EASHL player, the biggest improvement over past years is the option to practice with your club. Rather than risk your spot in the standings to try out a new player or implement a new strategy, you can now do it within the safety of your own rink. EA also cleaned up the interface to make it easier to interact with your club and find games.

In what’s quickly become a rite of passage for EA Sports games, NHL 11 includes the Ultimate Team card-based game mode made popular by Madden and FIFA. Rather than simply recycle the idea, the NHL devs are building another competitive level onto the game with the Ultimate Hockey League. While it still uses the familiar card pack system that allows you to purchase new player cards by playing with your team or paying for them, EA Canada has created a monthly league governed by a salary cap to keep big spenders from ruining the league balance. As you play games and earn pucks (the game’s currency) you can purchase new packs to find new players for your roster, train your top prospects, or extend the contracts of your nucleus. Though it’s technically possible to compete in the UHL without spending money, putting your team on solid footing will be difficult since the cheaper packs rarely award you with any solid NHL players or training cards, and contract cards don’t come frequently enough to help you keep your best players on the ice.

Like a star player at the apex of his career, NHL 11 still shines on the ice. New innovations like the real-time physics engine and UHL show EA Canada still has some room to grow, but as age creeps up on the stalwart franchise and its prior innovations feel commonplace, some of its weaknesses are starting to appear more evident. 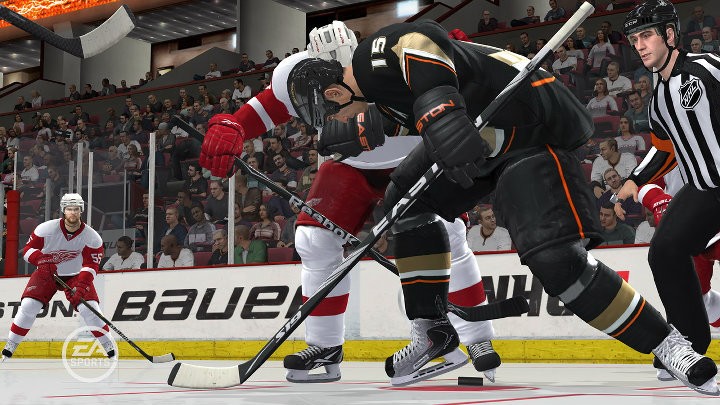 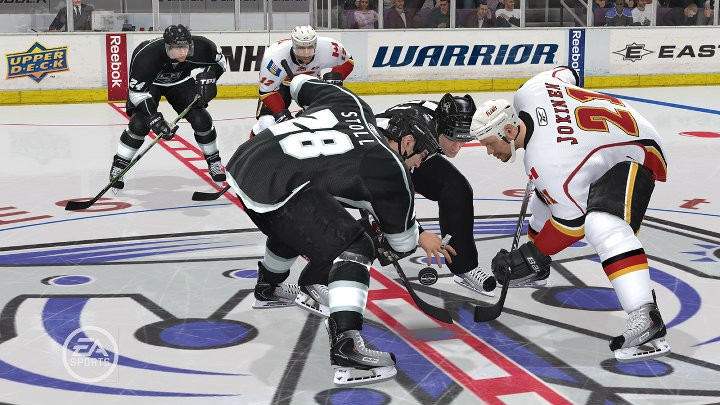 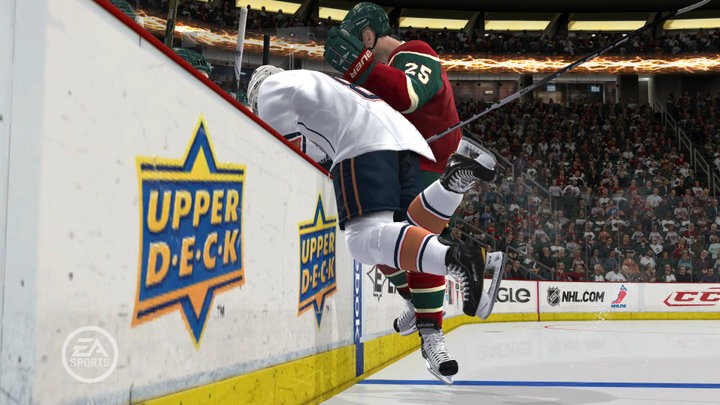 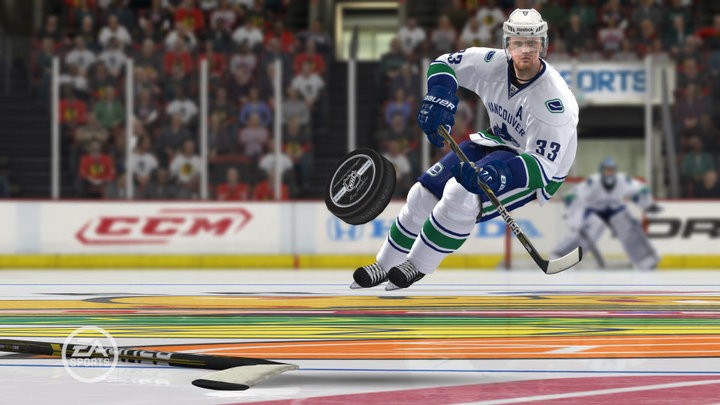 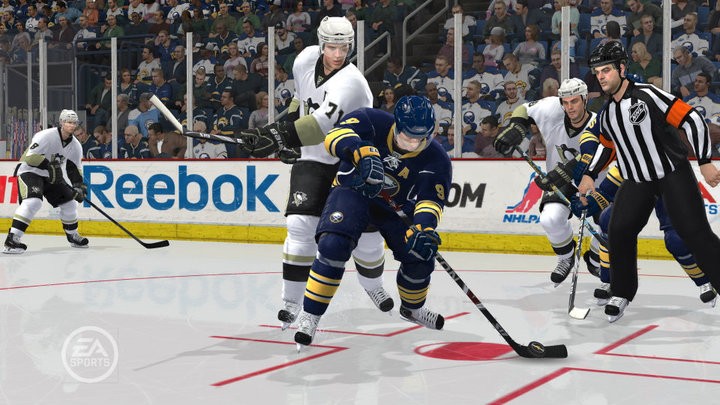 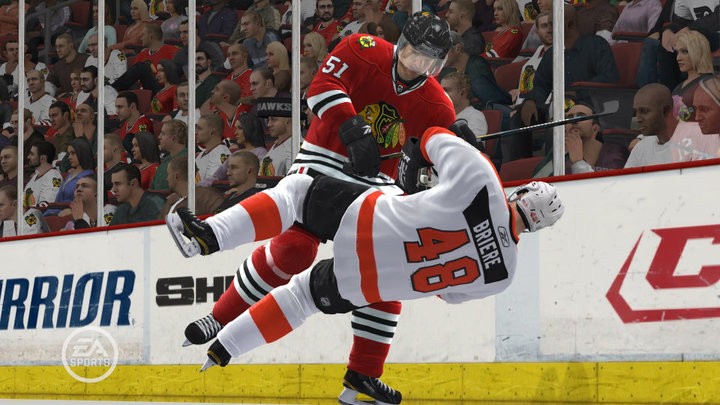 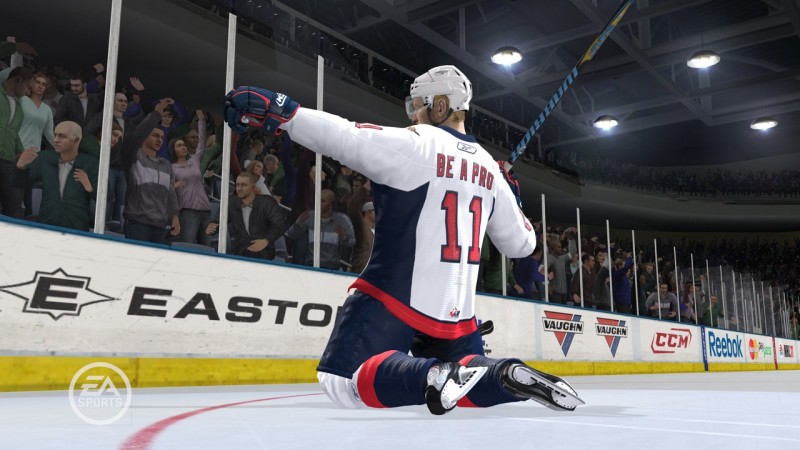 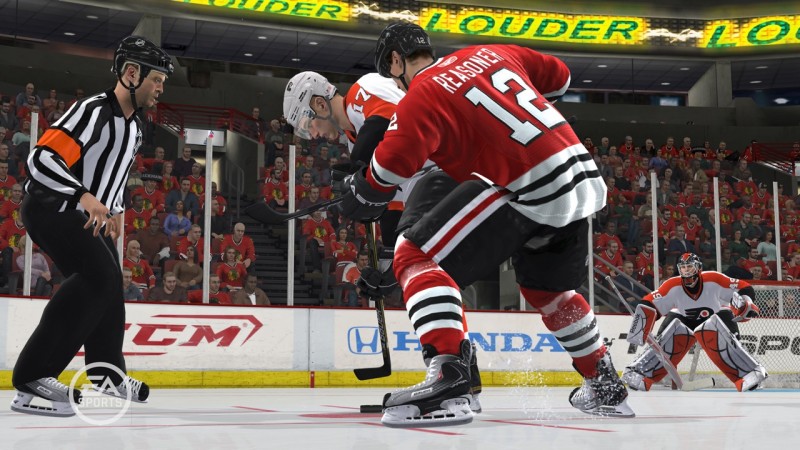 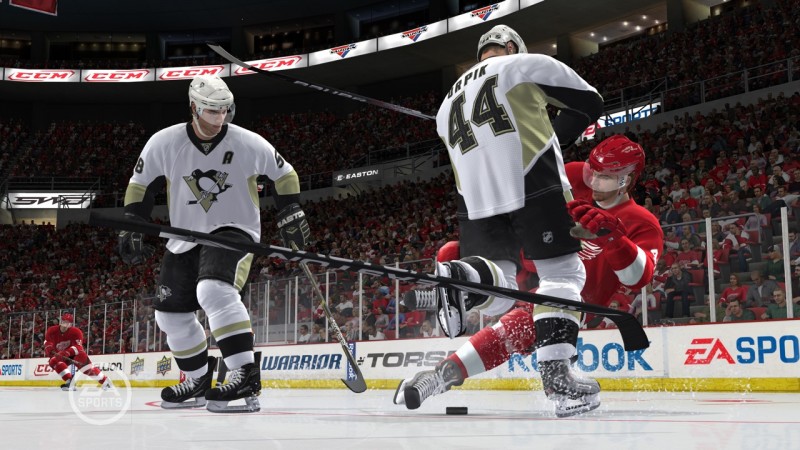 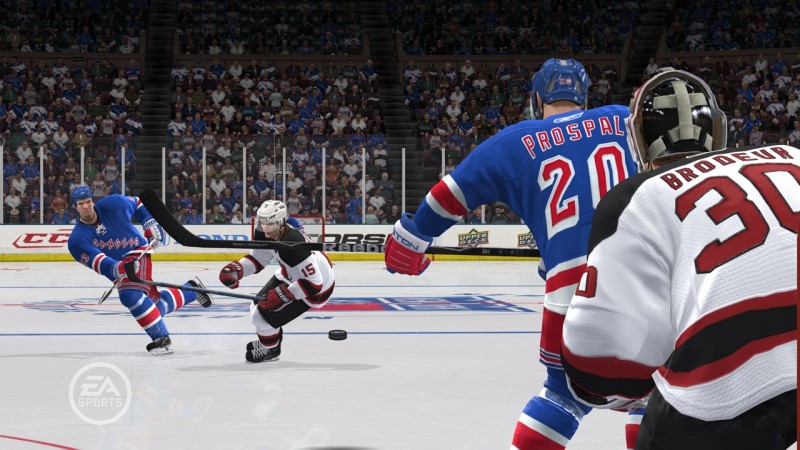 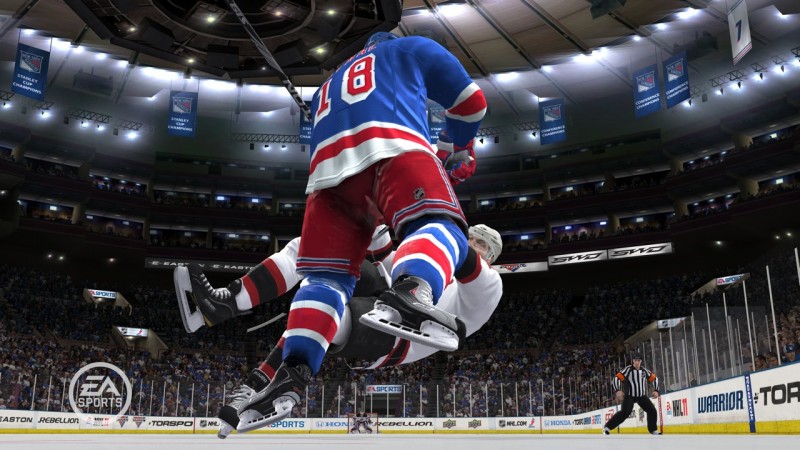 9
About Game Informer's review system
Concept
Integrate a real-time physics engine into NHL’s time-tested gameplay
Graphics
The increased variety of animations for on-ice collisions is a welcome change
Sound
Bill Clement and Gary Thorne are still great announcers, but the dialogue is starting to show its age, and EA needs to integrate more contextual commentary
Playability
The checking options and quick dekes add more tools to an already versatile control scheme
Entertainment
The on-ice action is still solid, but Be A GM mode suffers from poor CPU logic and Be A Pro mode doesn’t offer much in the way of innovation
Replay
High 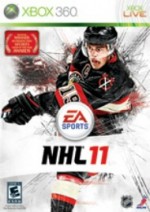