Housemarque is regularly lauded for its arcade sensibilities. The developer achieves a level of exactitude and seamless flow that comes only through constant design iteration, careful balance, and edge-of-your-seat gameplay that demands palm-sweating precision. The studio’s most impressive implementation of that strategy until now had been its last game, Resogun. But by borrowing many of the elements that made Resogun so rewarding and evolving the twin-stick experience, Nex Machina becomes a modern arcade masterpiece.

Like Resogun, Nex Machina has players navigating increasingly crowded bullet-hell arenas, blasting robotic enemies while simultaneously rescuing humans from destruction. Unlike the previous game, Nex Machina plays from a top-down perspective in rapid-fire, ground-based levels. Sometimes these levels feel like they’re over in mere seconds before blasting you off to the next on a long line of stage layouts and enemy configurations. With complex level geometries, and enemies moving along multiple contrapuntal lines, players must constantly be aware of both where they’re shooting and where they’re moving. Success on higher difficulties only comes through splitting your focus and entering a mental zone where you stop thinking and let muscle memory and instinct take over.

Everything is built around maximizing your score and competing against yourself and your friends on various challenges. Levels have secret elements to identify and memorize, including hidden humans to rescue, concealed exits that launch off into new stages, and blocks to blast for extra lives and power-ups. The constant learning process is great fun. Above it all hangs a multiplier tied to your own ability to stay alive; pursue that secret exit or hard-to-reach human, and you risk shattering your carefully built multiplier. Risk/reward gameplay decisions unfold at warp speed.

Several different game modes offer distinct opportunities for advancement. Most players should begin with a start-to-finish playthrough, and return to confront the multiple difficulties. After a while, move on to the arena-based mode on individual worlds, with multiple medal tiers for distinct challenges, such as everything moving faster on screen, or only gaining points while on a human rescue combo. These challenges are entertaining, but Nex Machina has too few of them. I also would have liked to see a more unified progression system across all modes, rather than one that only offers concrete rewards for arena play.

Local co-op play is a welcome addition, demanding adjusted strategies for each level to account for enemies that are pursuing two players. The shared challenge can be a fun distraction, but unless both players are roughly matched in experience and skill, it can be hard to find a game mode and difficulty that feels right. In unmatched pairs, it’s common for one player to die early in a stage and be left to sit out the fun while their partner finishes out the level.

Immaculate level design, devilish enemy placement, and a steady but always punishing difficulty curve help Nex Machina stand head and shoulders above most competing shooters, not to mention the early arcade titles that inspired it, like Robotron: 2084. That’s meaningful, as Nex Machina was created in cooperation with Eugene Jarvis, one of the designers of that early classic game. Nex Machina is far deeper than first impressions might suggest, and can offer many hours of searing challenge, presuming you’re willing to face a little eye strain. Blinking is not encouraged. 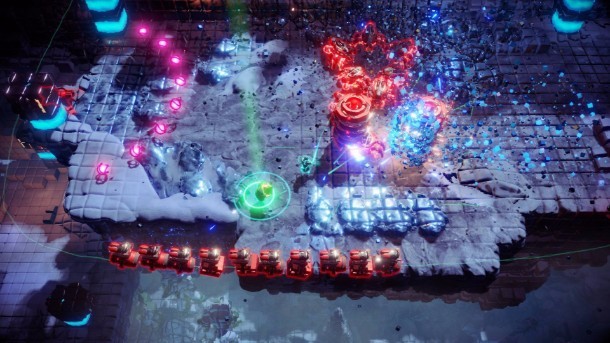 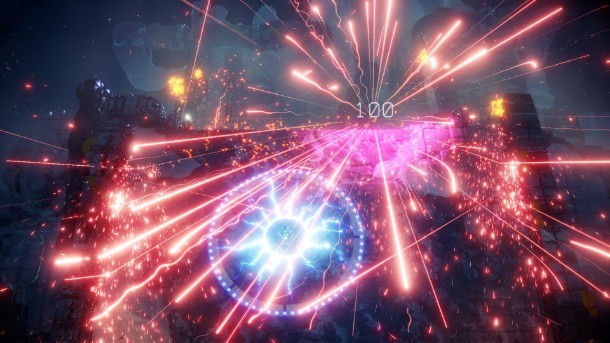 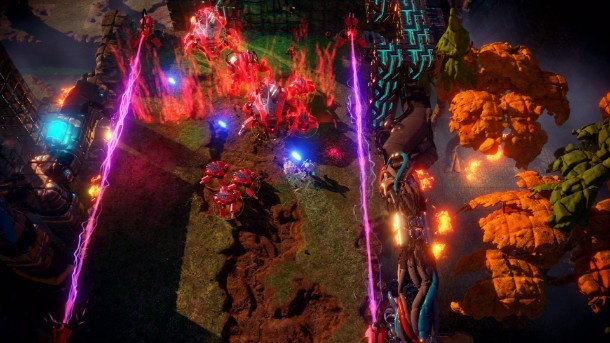 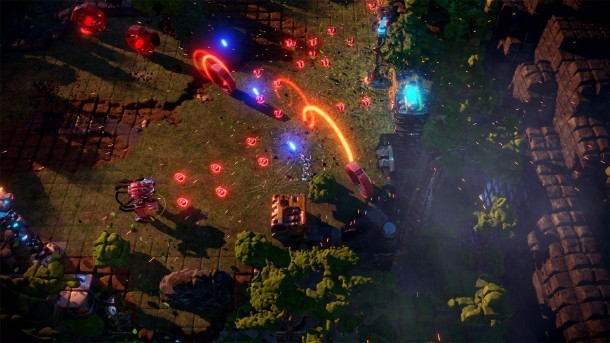 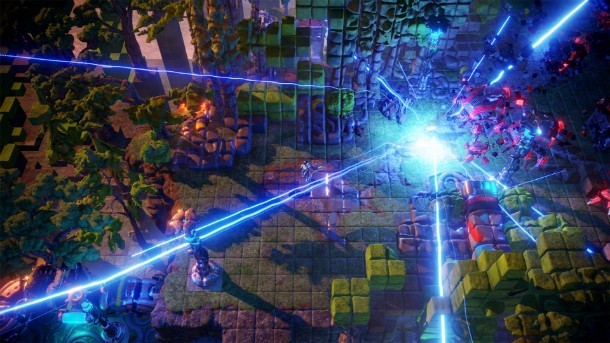 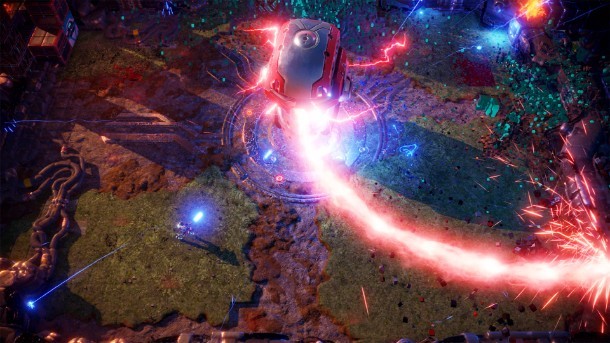 9.25
About Game Informer's review system
Concept
Confront blistering twin-stick shooting challenges in an intricately balanced masterwork of arcade action
Graphics
The bright colors, flashes, and constant movement has a mesmerizing effect, but can make the eyes water after long sessions
Sound
Synth-heavy tracks sound like they’ve been pulled out of a 1980s sci-fi action movie
Playability
Mastering the precision controls and understanding how to best use your different upgrades takes hours of practice
Entertainment
One of the most challenging and rewarding twin stick shooters ever made
Replay
High 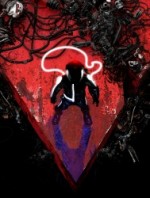