I can’t believe six years have passed since Nintendo released New Super Mario Bros. on DS. It showed the company’s willingness to revisit classic Mario 2D platforming, which hadn’t seen an original entry since the early ‘90s, and offered many new tweaks. The latest game, New Super Mario Bros. 2, is actually the third game in the series, but it doesn’t have an engaging new hook to entice players.

NSMB 2 is all about collecting those same gold coins you’ve been picking up for decades. A universal counter keeps track of every one you nab, but it in no way figures into the standard-issue kidnapped princess plot. The back of the box says to collect a million coins but that’s the only instruction you’re given on the matter. I scored over 30,000 in my first playthrough, and all I got was a growing pile of coins on the title screen. To get the whole million is an enormous undertaking, and you aren’t even given any unlocks or teases about your reward along the way – just a few notification messages. Even worse, if you do manage to reach your goal, the million-coin reward is supremely disappointing (though I’m not going to spoil it here). The Koopalings return as bosses

The new focus on amassing coins comes through in several of Mario and Luigi’s new abilities. The golden flower power-up is like a dream come true; Mario turns into a moving golden statue that shoots gold balls that turn blocks and enemies into coins. These projectiles also have a sweet explosion effect on contact that takes out a large area of enemies. Sure, it’s overpowered, but it gets taken away when you’re hit or reach the end of a stage to keep things fair.

New gold rings temporarily turn all the enemies to gold and change all of their projectiles into coins. You can also jam Mario’s head into a gold brick block that he wears as a helmet. It grants more coins the more you move and adds in an extra layer of defense (though only for a limited amount of time).

As much fun as these new golden moves are, they’re mostly brief thrill rides rather than vital tools. I love that the raccoon tail returns from Super Mario Bros. 3, but it doesn’t help the game’s case in bringing fresh concepts to the table.  Most of the assets and songs seem reused from the previous two entries, and many levels are easy to forget. NSMB 2 feels like more of an expansion pack than a unique entry.

One promising new direction is coin rush mode, in which players have to survive three random stages in a row on limited time without dying while collecting as many coins as possible. You then send your record to other players via StreetPass. When receiving a challenge, you don’t know what coin tally to shoot for, so you get a dramatic drumroll at the end to reveal who’s the best. This would have been so much more effective if you could send challenges online or see a leaderboard of the best rushers in the world. As anyone who’s dealt with StreetPass knows, you can’t count on your friends to have their system and game on them all the time. Good luck trying to track down strangers for challenge swapping. The two-player co-op mode could also benefit from online capabilities, but at least it runs without hiccups in local wireless mode. Players control Mario and Luigi (not those lame Toads) and earn twice the coins while teamed up. Only one player’s save file can be used, so it will rack up all the level progress, hidden star coins, and the outrageous bounty of extra lives (I got up to well over 400). At least the second player gets to keep whatever coins they earn. Depending on who your partner is, they can be as much hindrance as help, just like in the Wii game. Things are much less chaotic with two plumbers than the full four.

A Mario expansion still beats out most other platformers out there in the control and polish department. I can’t deny that I still enjoyed kicking koopa shells, climbing fences in castles, and hopping on the flag at the end of a stage. On the other hand, players have grown to expect innovation out of Mario, and this game makes a strong case that perhaps it’s time for Nintendo to move on from the “new” formula. 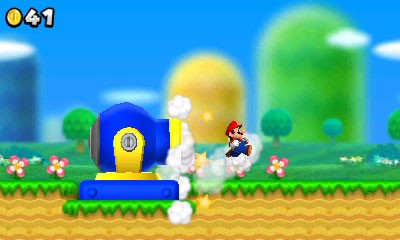 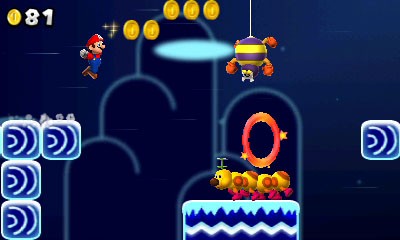 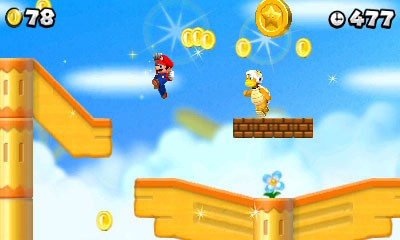 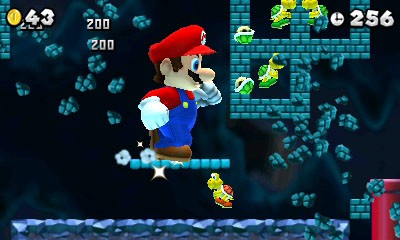 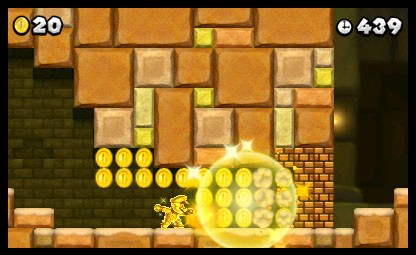 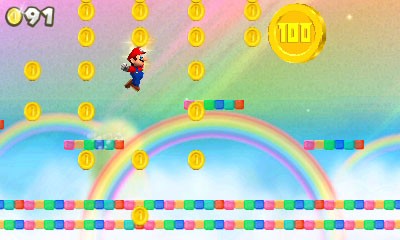 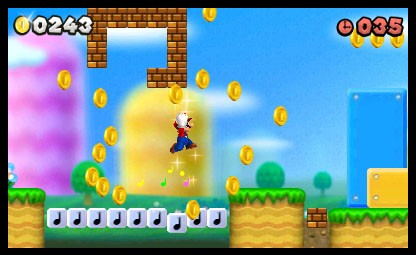 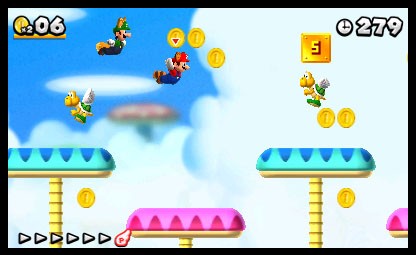 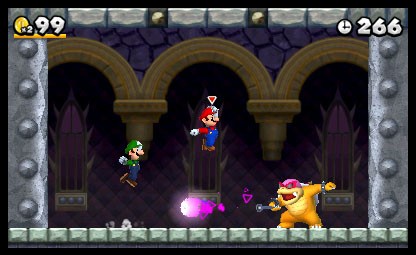 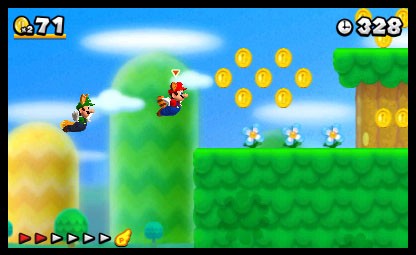 8.25
About Game Informer's review system
Concept
Make coin collecting a major focus while leaning on aging New Super Mario Bros. mechanics
Graphics
Many of the assets from previous NSMB games return
Sound
Hope you’re prepared to hear that song with the “wahs” in it over and over
Playability
Controls are just as tight as a Mario game should be. Flying around with the raccoon tail again is great after all these years
Entertainment
Innovation is in short supply here, but if you just want more NSMB, this will do the trick
Replay
Moderately High