Luigi Succeeds In The Spotlight
by Dan Ryckert on Aug 25, 2013 at 04:51 AM
Publisher: Nintendo
Developer: Nintendo
Release: August 25, 2013
Rating: Everyone
Reviewed on: Wii U In one of the first lengthy DLC packages that Nintendo has offered, New Super Luigi U adds over 80 new courses to the great New Super Mario Bros. U. They may exist on the same world map as the original game and largely feature the exact same items and enemies, but the tweaks make this offering worthwhile for Mario fans.

As this is Luigi’s starring role, you won’t see any of his more famous brother (outside of a brief glimpse of his hat). Nothing in terms of story has been added to the experience, but each stage that you enter has been completely redesigned. New levels are a great addition, but the change in format makes the biggest difference in gameplay. You’re always confined to a 100-second time limit.

I’ve always felt that time limits were an arbitrary relic in modern Mario games, and frequently wished Nintendo would do away with the system. Because of this, I was initially irked by the fact that each stage begins with the “oh crap, you better hurry up” shift in soundtrack. As I progressed through New Super Luigi U., however, I came around to the new approach.

These new stages are meant to be more frantic and difficult than the main game’s leisurely, newcomer-friendly courses. Longtime Mario veterans will struggle through several of these new, shorter stages, and the strict time limit further enhances the sense of urgency. I was initially turned off by the change of pace, but I found myself appreciating the way it differentiates itself as I continued to play.

Outside of the new level format, a couple of smaller tweaks have been made to Mario U’s gameplay. Luigi’s high, floaty jump from Super Mario Bros. 2 has returned, and this tweak transfers to the other three players as well. Two of these players are the Toads seen in previous games, but Nabbit (the item-stealing rabbit from New Super Mario Bros. U) debuts as a playable character in the fourth slot. Geared towards newer players, Nabbit can’t take any damage from enemies. The drawback is that he can’t use any power-ups and instant kills like lava, and pits can still take him out. Considering how challenging some of the new stages are, it’s nice to have an easier option if a member of your group isn’t adept at platforming.

Nintendo has always lagged behind when it comes to online offerings, so the quality of New Super Luigi U is reassuring. It may recycle tons of content from the main game, but more Mario platforming action is rarely a bad thing. As a fan of New Super Mario Bros. U, I enjoyed these new twists on the decades-old format.

Want to see us try out some of the new stages? Check out our recent Test Chamber episode. 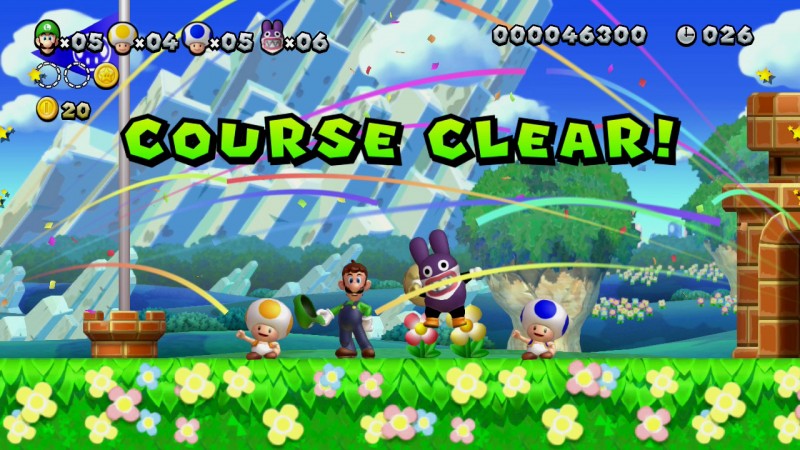 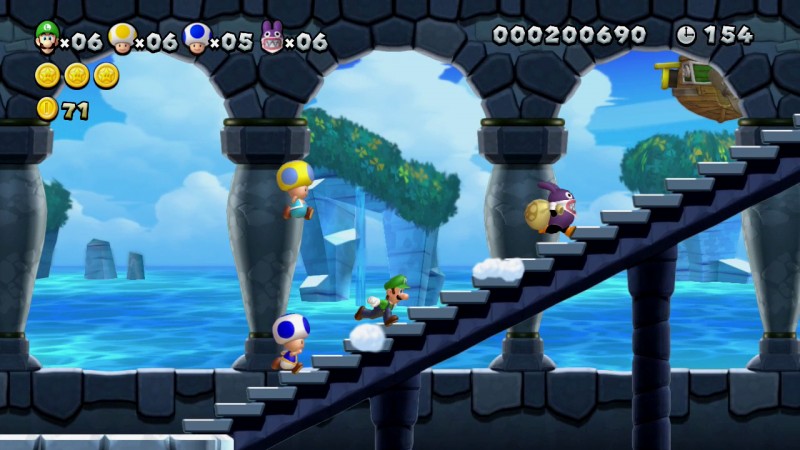 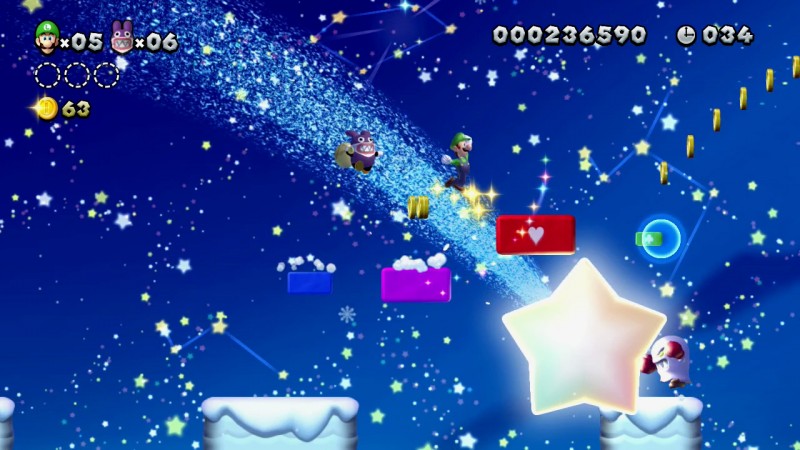 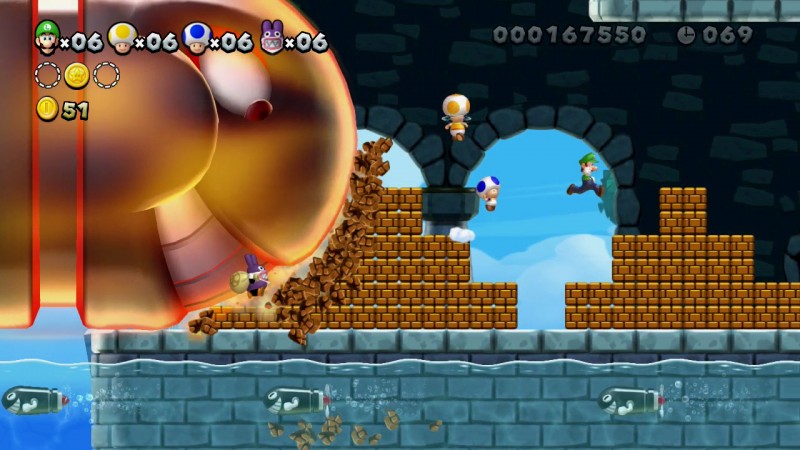 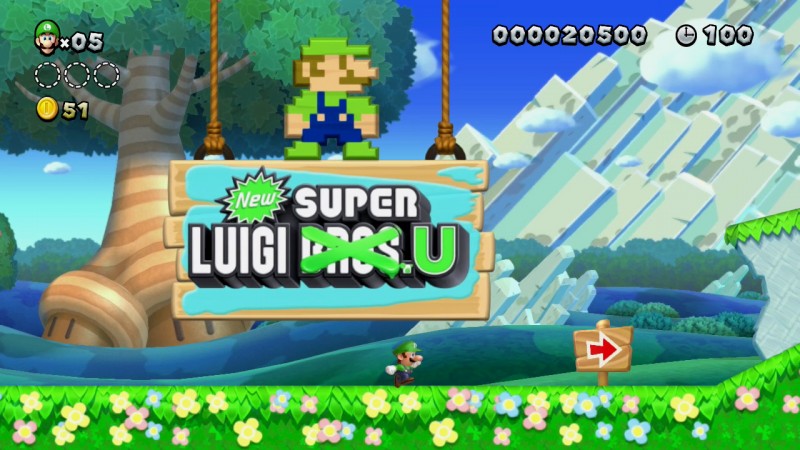 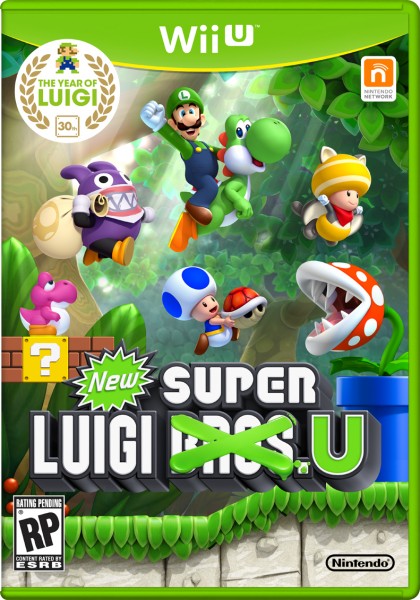 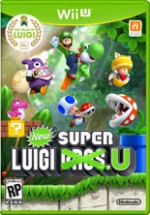 Over 80 new stages largely feature the exact same items and enemies as the original game, but some tweaks make this offering worthwhile for Mario fans.