A Bloody Mess
by Matt Helgeson on Jan 31, 2012 at 09:16 AM
Publisher: Konami
Developer: Rebellion Developments
Rating: Mature
Reviewed on: Xbox 360
Also on: PlayStation 3 Designing games is hard work. NeverDead is a great example of just how hard it is. The main gameplay hook – your character being able to detach his own limbs and roll himself back together again – sounds novel on paper (and was tailor-made to sound awesome in preview coverage). However, if you’re going to use a unique mechanic, you have to design a game around making that concept fun (Portal is a great example). Rebellion may have come up with a new idea, but these days that’s simply not enough. By shoehorning this oddball idea into a terrible, unoriginal third-person action game, it created an experience that is too clichéd to feel fresh but also fails at delivering on the basics of the genre.

The plot, which I won’t waste too much time on, is pure drivel. You’re Bryce Boltzmann, an undead employee of a government agency that is tasked with killing off the various demons that threaten our world. Without spoiling too much (though I guessed the big plot “twist” after about 15 minutes), a parallel story told in cutscenes eventually sheds light on Bryce’s origins. Frankly, the writing is so bad I couldn’t care less about the story, and Bryce is armed with some of the worst one-liners in recent memory.

With your fellow agent Arcadia, you proceed to the end of this stolid adventure by shooting and hacking through endless waves of demonic creatures and increasingly frustrating boss battles. The basic combat is divided between standard third-person shooting and analog sword action. The levels are dull (you generally have to kill every enemy in an area to open the next door), with the exception of some amusing platforming you do as a disembodied head.

While there’s nothing wrong with the basic combat design, myriad technical issues mar this experience to the point where, at times, the onscreen action is incomprehensible. The camera is erratic, the targeting suspect, and your body flies apart nearly every time you take significant damage (forcing you to roll your head back to your body before your head is inhaled by enemies). Sometimes, you’ll get caught in a loop of getting hit, rolling your head back on your body, and being hit and flying apart again.

This is even more difficult when the camera wigs out and you can’t tell where you are. The boss battles, which are long, multi-stage wars of attrition, rarely offer anything more creative than “shoot him in the glowing part” and feature such annoying tropes as regenerating health bars. Even worse, a few times I encountered bugs like my severed head rolling through the floor into a weird, blank dimension with only a city skyline and another, more serious bug that left me cut off from the last enemy I needed to kill to advance through the next door.

This lack of polish wouldn’t be nearly as frustrating if not for the fact that the game’s primary feature – the dismemberment of the main characters – makes the game less fun than it would have been as just a plain old third-person action game. Sure, it’s a unique idea – but not every idea is worth pursuing. In the case of NeverDead, this concept should have been left on the cutting room floor. You could say the same about the game itself. 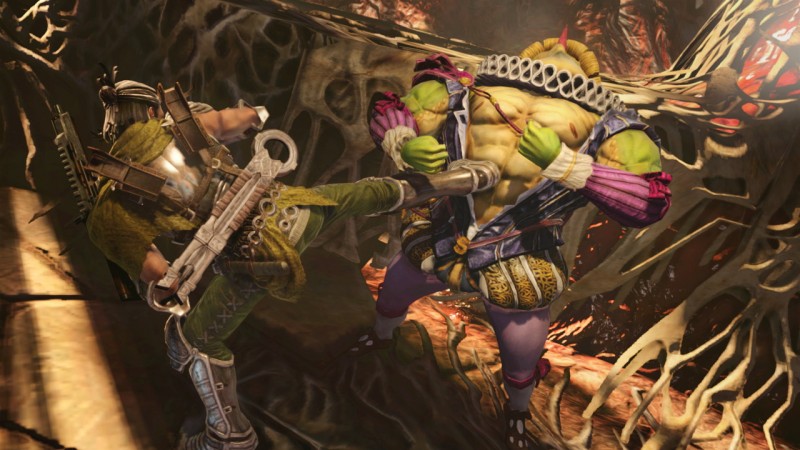 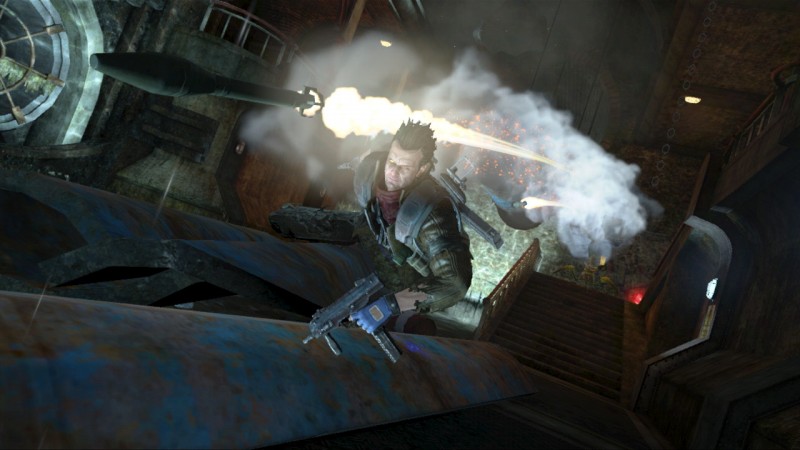 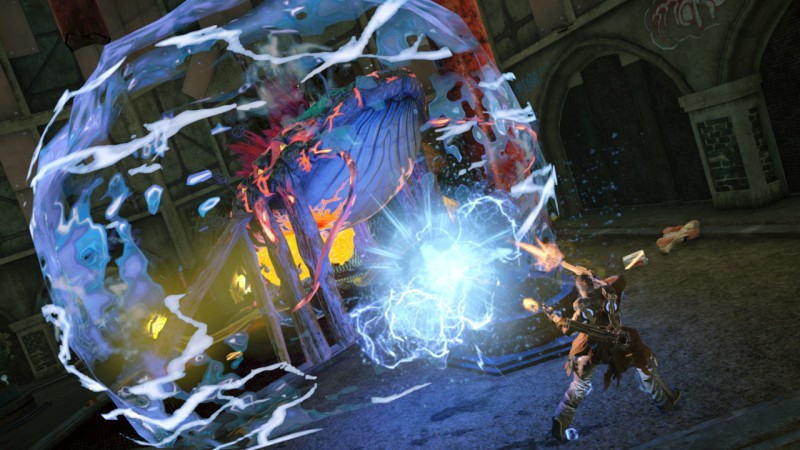 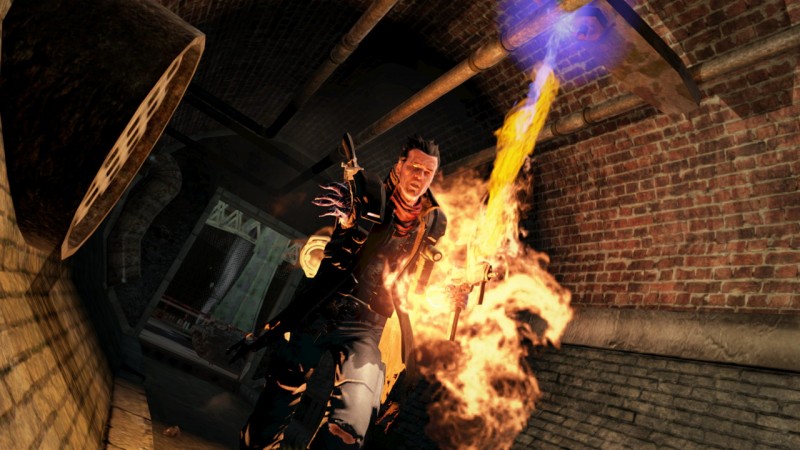 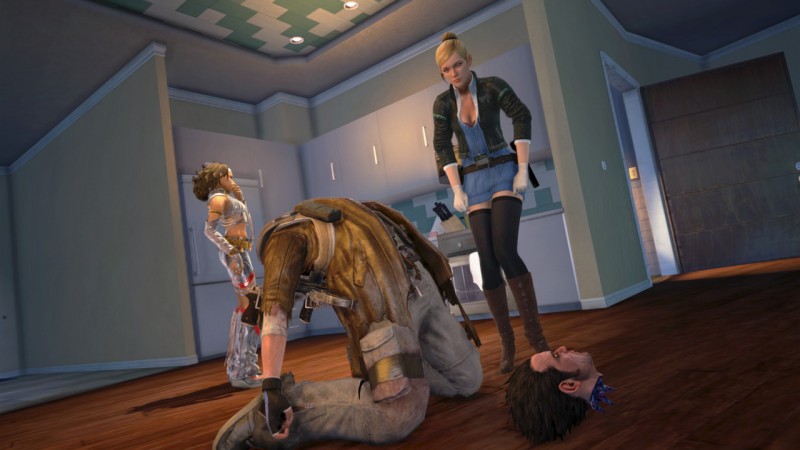 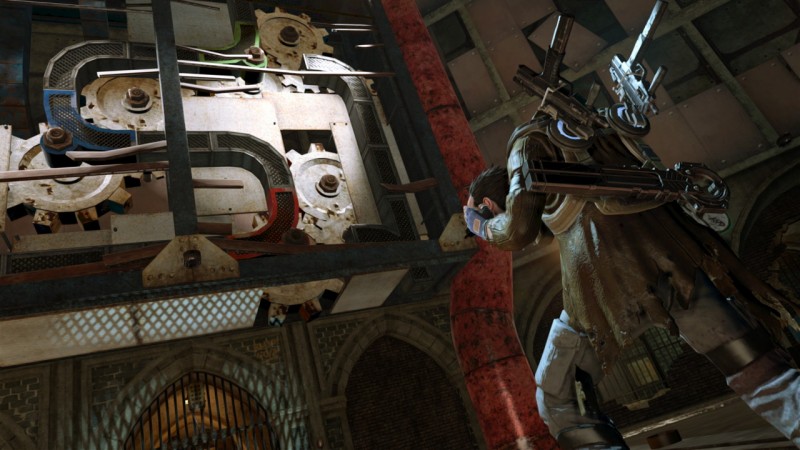 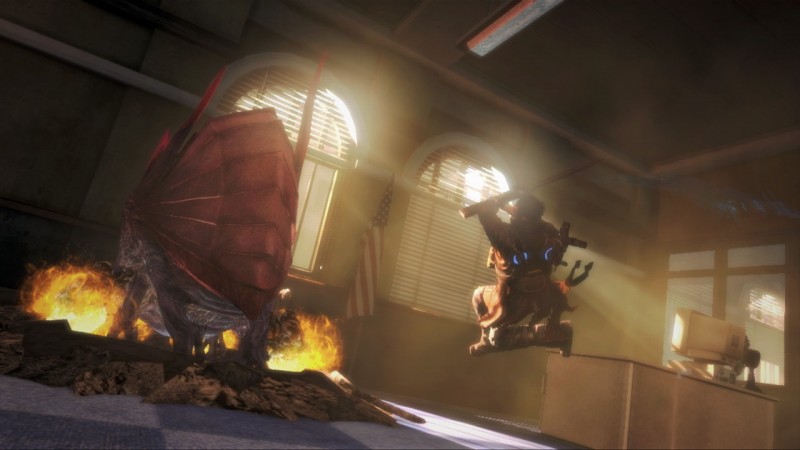 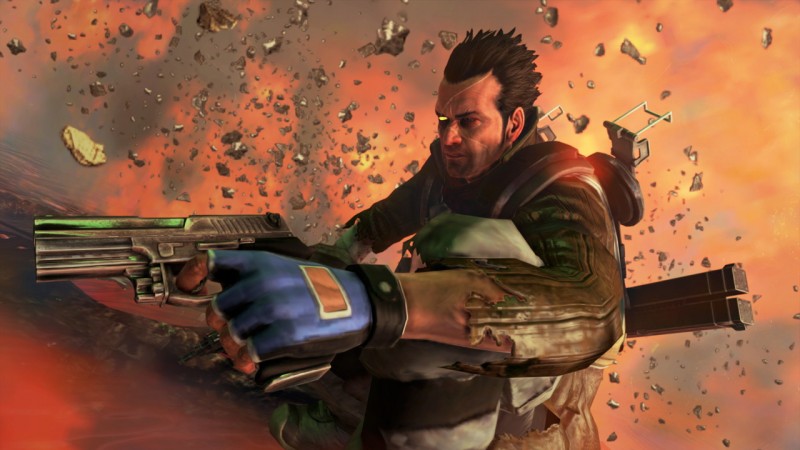 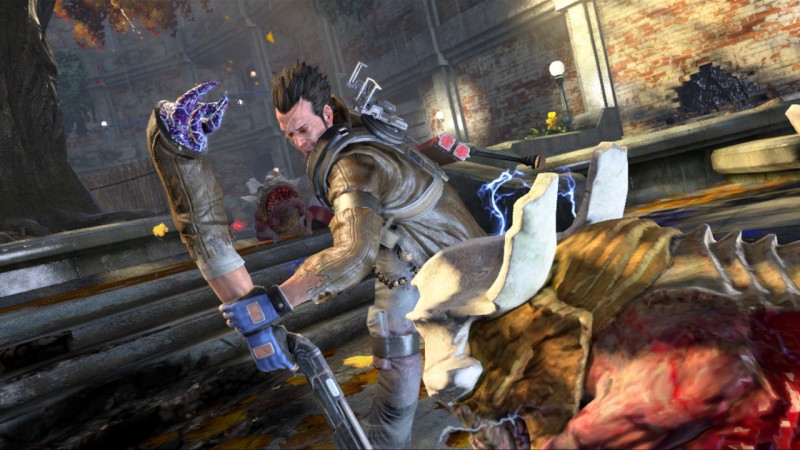 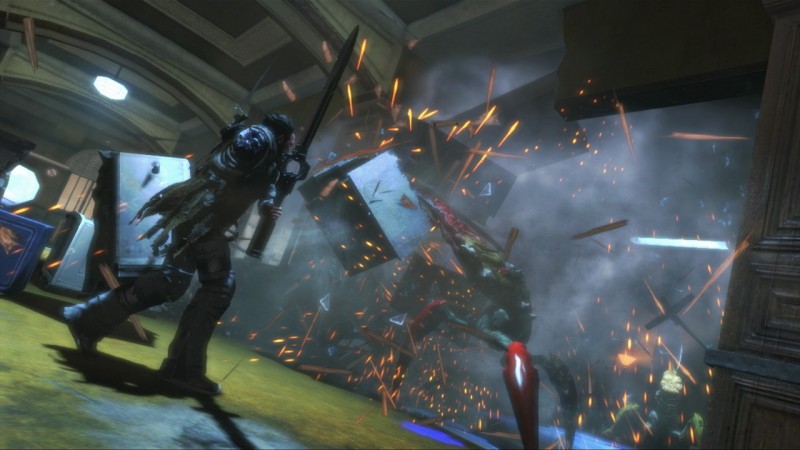 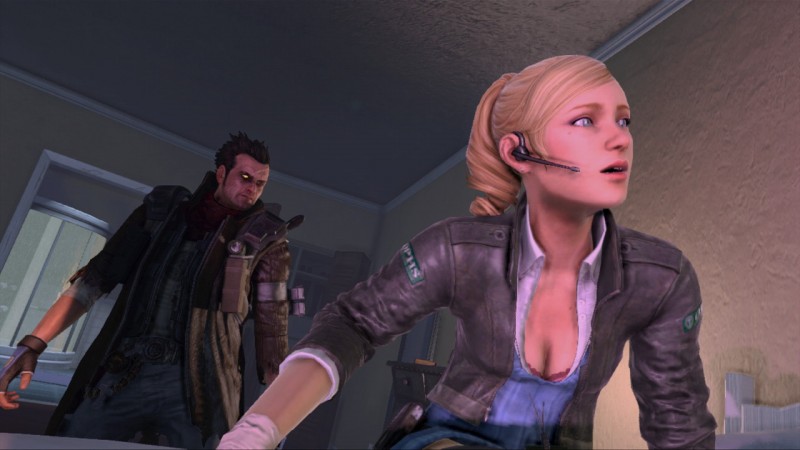 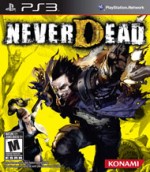 NeverDead shoehorns an oddball idea into an unoriginal
third-person action game, creating an experience that fails at delivering on the basics of the genre.

Purchase More Info
4
i
Game Informer's Review System
Concept You’re an undead badass who can rip off his own head and limbs. You must shoot and chop your way out of a demon apocalypse
Graphics It’s a good-looking game marred by a poor camera and technical issues
Sound Terrible voice acting, forgettable score, lots of explosions
Playability The game’s hook – the fact that your body flies apart after any heavy attack – makes combat frustrating and messy. The online co-op is decent, but limited to small set-up levels
Entertainment The main character is aggravating, the story clichéd, and the gameplay poorly designed and beset by technical issues
Replay Low