Gamers have no shortage of indie games that tap into our love for the 8 and 16-bit eras, but developers rarely seek to emulate the first PlayStation generation, with its grainy textures and polygon-shaped heroes. Humble Hearts has embraced this outdated look with a stealth-based action game that pays homage to Metal Gear Solid. While you could probably count the number of polygons used to construct Never Stop Sneakin’s characters, its gameplay is what really needs more detail.

Much like Metal Gear Solid on the original PlayStation, Never Stop Sneakin’ asks players to sneak through a series of secret military bases and avoid the vision cones and laser sights of patrolling enemies. Sadly, the gameplay doesn’t evolve past that. You have a limited supply of bullets and EMP grenades that save you if you get spotted, but these are all automatically used when you walk into an enemy’s line of sight. Because your only form of input is moving the character around with the analog stick, the action isn’t engaging.

Never Stop Sneakin’ encourages you to move quickly through each level, sneak up behind enemies, and take them all out in an efficient manner so that you can build a combo. The higher your combo, the more resources you will collect from hacking the computer terminals (another automated process) scattered across each level. Because of this system, Never Stop Sneakin’ feels more like an arcade game than a true stealth-action adventure.

Even when viewed as an arcade experience, Never Stop Sneakin’ is shallow. The game only has a handful of environment types, and despite their procedurally generated nature, I felt like I was repeatedly exploring the same space. Enemy behavior is also incredibly predictable. Most guards have simple patrol patterns where they walk back and forth along a single hall, and they don’t change that behavior even if they see a fellow guard take a bullet to the head.

After infiltrating several levels of an enemy base, your operative takes a break, and you get to spend all the ESP they’ve collected to upgrade your FOB. Unfortunately, these upgrades don’t serve a purpose other than to push a nonsensical narrative forward. You can unlock several perks, and some of these let you scavenge more ammo on a level or increase the range in which you collect ESP. These don’t dramatically change the action either, and in Roguelike fashion, you must find them again each time you start a mission.

Never Stop Sneakin’ tried to appeal to my nostalgia for the original Metal Gear Solid. Unfortunately, you can’t judge this book by its cover. Dodging enemy sight cones and building up a stealth combo is only compelling for a short while, and the lack of overall variety made me want to sneak away to play other games. 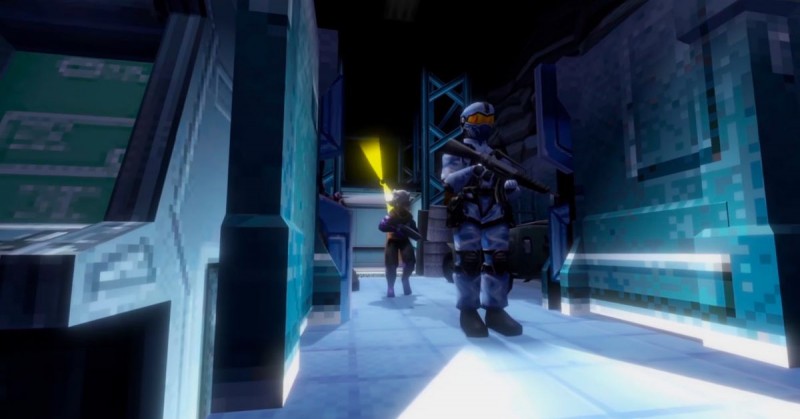 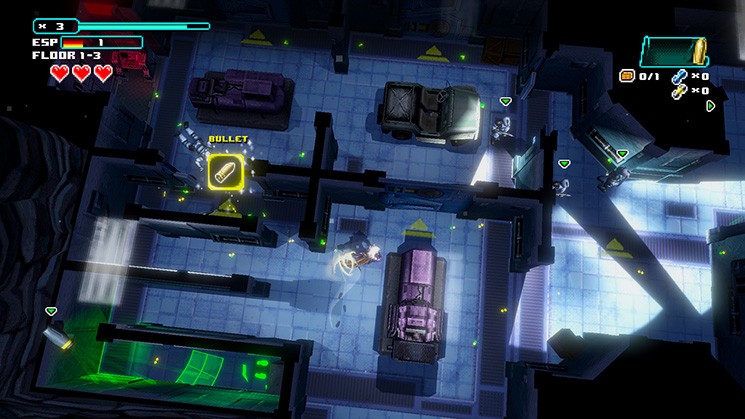 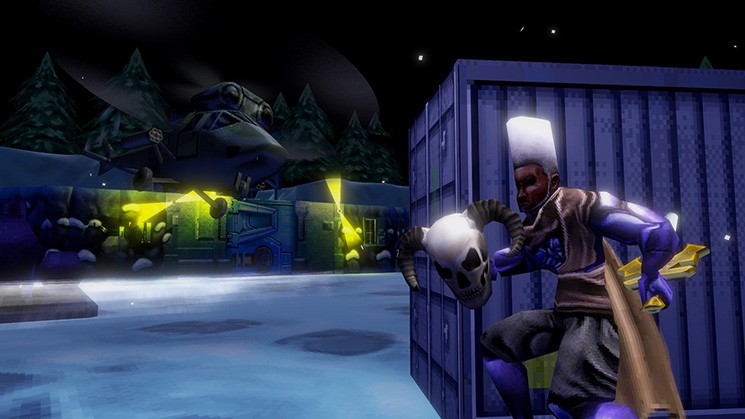 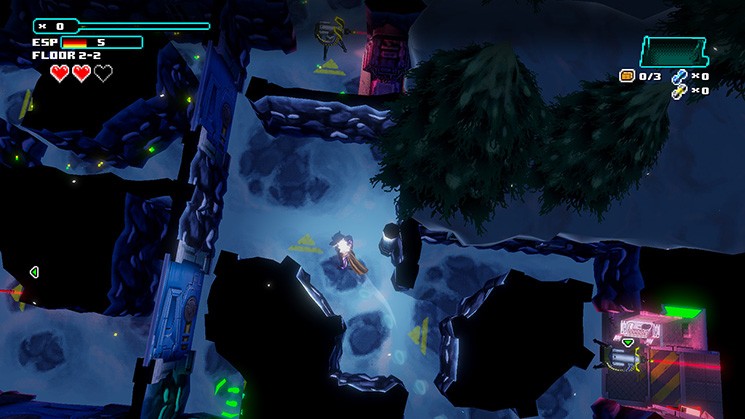 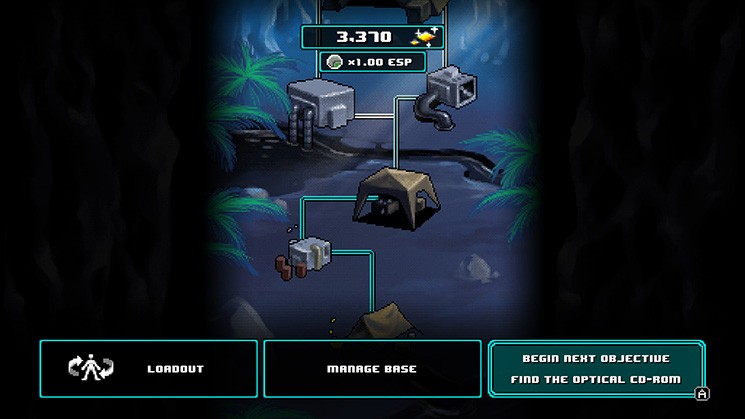 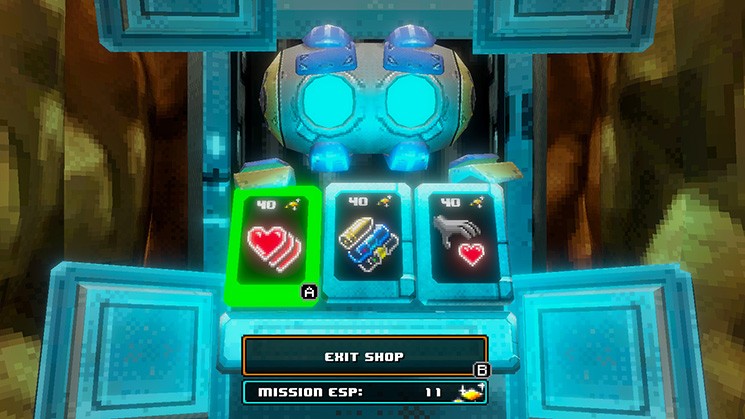 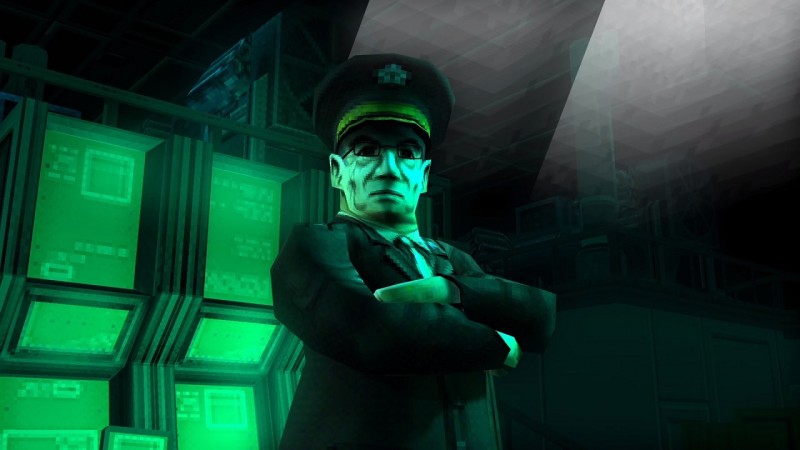 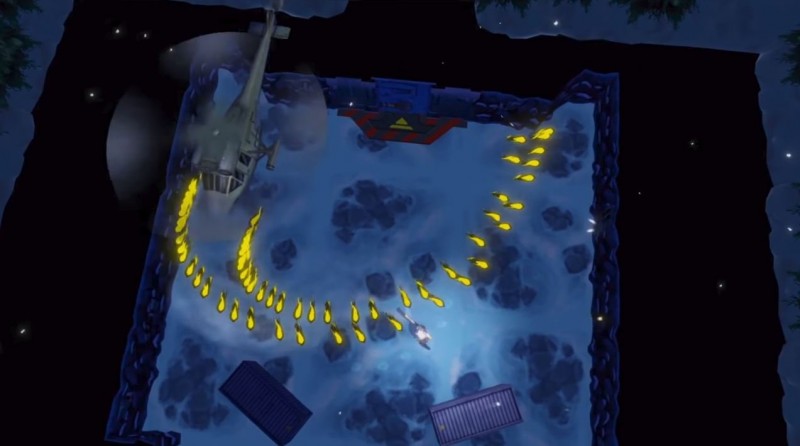 6.5
About Game Informer's review system
Concept
A frantic, stealth-based arcade-style action game inspired by the original Metal Gear Solid
Graphics
This loving homage to early 3D games looks exactly how you remember old PSOne games looking. Fortunately, it isn’t a strain on the eyes
Sound
Every sound effect, from dropping a smoke grenade to navigating menus, has been inspired by the Metal Gear franchise
Playability
The controls are responsive and the simplicity of the gameplay makes it easy to pick up and play
Entertainment
Never Stop Sneakin’ seems promising early on, but fails to evolve over the long run
Replay
Moderate