It’s hard to be a startup team in NASCAR when you have to go up against the Hendricks and RCRs of the stock car world. Eutechnyx might not face NASCAR video game competition on the console side, but it does face an uphill battle as a fresh face. The developer’s uneven first outing is filled with good and bad laps, and has to resign itself to some morale victories.

The basic driving experience gives casual NASCAR fans an enjoyable ride – dial up the difficulty, play with the car settings, hit different track lines, and go back-and-forth with the likes of Jeff Gordon or Clint Bowyer. Eutechnyx smartly includes some HUD additions that some may dismiss as unrealistic (you can turn them off anyway), but I like them. The radar gives you an idea of who’s around you so you don’t get your rear quarter panel clipped when you’re going into a turn, and an optional replay/rewind system means that your afternoon isn’t automatically over if you crash.

The more I played the game, however, the more issues I uncovered. NASCAR is filled with little details, and this game doesn’t get them all correct. The AI cars don’t pit safely (too late), don’t know when to strategically take pit stops, the yellow flag doesn’t always wave, online doesn’t have accelerated tire wear, and the AI (even with a rival system) shows no teeth. These things aren’t the end of the world, but as a NASCAR fan I easily spotted them. It’s not about delivering painful realism (I like the radar, after all); it’s about finding ways to make the game deeper.

The career mode isn’t a lot of help either. Although it awards you experience points and unlockable pins, paint schemes, coins, and trophies, it doesn’t go anywhere in the traditional, multi-year franchise approach that we expect from a licensed sports property. At least the game includes invitational events, where you can compete in challenges like elimination races, and All-Star like multi-round races where the order of the field is inversed.

Sometimes you don’t have the car to beat, and you end up point racing for whatever you can get. Eutechnyx’s effort here is appreciated, but it’s not championship material. 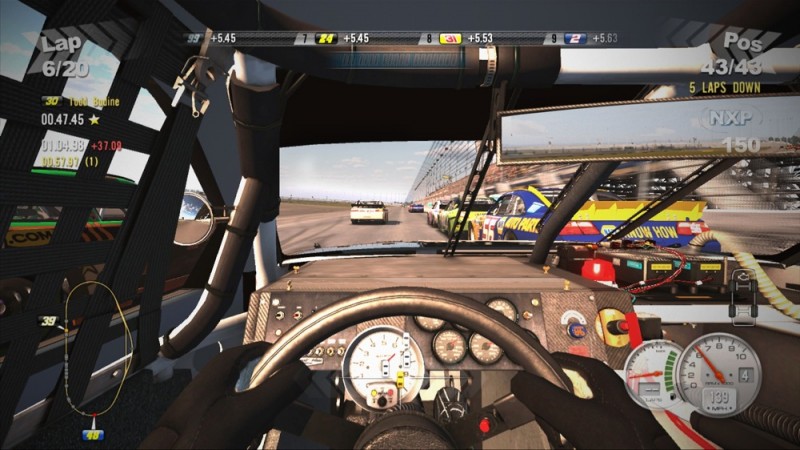 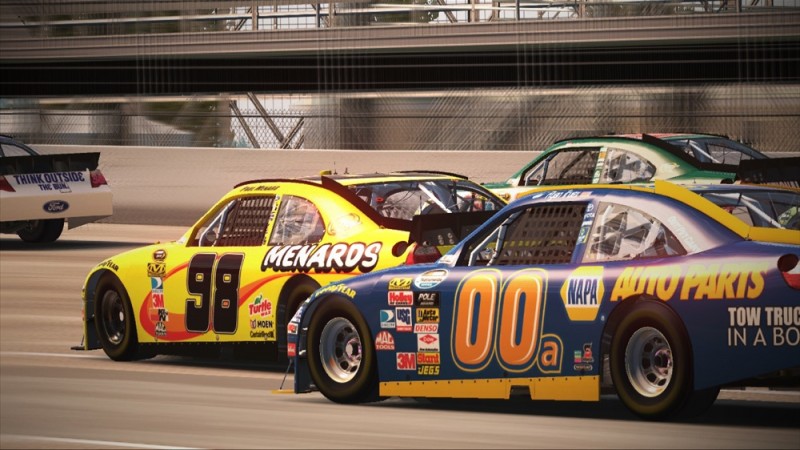 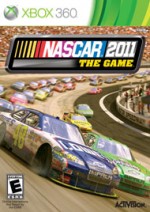 The flag drops on Eutechnyx's NASCAR racer, and it ends up with some bent fenders in our review.

Purchase More Info
7
i
Game Informer's Review System
Concept Eutechnyx’s first effort in NASCAR plays more like an isolated season than a full-fledged franchise mode
Graphics The game looks pretty good, and the post-race celebrations and the cockpit view are nice. Rear view mirror is a bit foggy for my taste, however
Sound Your spotter/crew chief can be amusing at times, but he can also give you wrong info. Mark Garrow and Doug Rice from PRN do cool intros to the tracks
Playability Race rewinds and proximity radar are cool additions to handling the sport. Apart from the need to amp up the difficulty, the racing feels solid
Entertainment This isn’t a deep experience, but it gives you a decent taste of NASCAR racing
Replay Moderate