The Return Of That Racing Spirit
by Matthew Kato on Sep 13, 2016 at 05:54 AM
Publisher: Dusenberry Martin Racing
Developer: Monster Games
Release: September 13, 2016
Rating: Everyone
Reviewed on: PlayStation 4
Also on: Xbox One, PC A name can mean a lot in stock car racing. Earnhardt. Elliott. Petty. These are names that carry through the ages of NASCAR, speaking to the sports' love of tradition even as the tech and rulebook change from season to season. In the world of video game NASCAR, Monster Games has such equity. The makers of the NASCAR Heat series and Dirt to Daytona have been away from the sport for a while, but a racer never forgets how to compete. NASCAR Heat Evolution is a rebirth for the developer but it's not a reinvention. The game hits the ground running with a career mode and 40-car online multiplayer, among other amenities, but a few hiccups and omissions make it a good restart rather than a trip to victory lane.

While big name drivers and bankrolled teams usually do well on Sundays, stock car racing is ostensibly about giving the whole field the tools to compete. You get this sense when racing in the game, and it's one of the title's thrilling achievements. The A.I. takes different racing lines out on the track, and adeptly reacts to what's going on at any given moment so there's plenty of competition no matter where you are in the running order.

Sometimes the high line worked for me, and fellow travelers would join me going around the track up near the wall. Other times moving out of the race groove lower down at the inside of the track meant a three- or four-car freight train would blow by me, punishing me for my mistake. While sometimes there are just slower cars in your way,  the A.I. is good and racy without being stupidly aggressive.

In effect, the mix of hard-charging to the front and the gaining and losing of spots throughout a race is exactly what you want out of your Sunday races in real-life as well as in a video game – even if you don't always take first (depending on the difficulty/assist settings, of course). I like having to judge each corner and pack of cars individually, giving me something to think about each lap and race. Because, like in all racing, consistency is the key – and all it takes is one bad line through a corner before your rear view mirror is filled with someone else's hood.

One way to get a great sense of the clawing and fighting each lap is to play Evolution's career mode. You start out with a car and organization hard-pressed to make it into the Chase, but the mode does a good job in awarding you enough sponsorship money even if you don't make it into the top 10 each race. You use this cash to improve various aspects of your team shop, thereby granting you a little more horsepower or downforce each step of the way. By the middle of my first season I felt I could put in consistent top-20 finishes and threaten for some wins every now and again. By the second I knew I was going to make the Chase.

Evolution does well with its gameplay and career mode, but both have their blemishes. I fiddled with the brake sensitivity setting but was never really comfortable on the brakes. When I wanted to rely on them at tracks like Richmond, Martinsville, or New Hampshire, I kept slowing down too much, smoking the tires, and then the camera would annoyingly pull back. In the end I learned to coast around corners more, which just isn't as fun and tense as using every part of your machine to survive a short track slugfest or road course epic.

The sponsorship/team facilities loop sustains the career mode, but more work is needed to make the career mode a destination. Customizable paint schemes, teammates, rule bending, and an upgradable crew chief and pit crew would make your team feel more personalized and not just a linear series of financial steps. Bolstering the game's so-so presentation would also help give it some more NASCAR feeling. Crashes aren't replayed or highlighted during races, the Chase and its buildup could have more gravitas, and driver personalities need to be tapped.

While the career mode does just enough, the online portion isn't as fleshed out. Stability was one of the developer's primary concern, and while at the time of this writing the experience is better than recent NASCAR titles (including 40-car racing if you can find it), there aren't leaderboards or a captivating meta-structure to create a true sense of accomplishment (although you gain Speed Points that unlock challenges elsewhere). Also, strangely, there's no way to separate those who want to race with the assisted physics versus simulation ones.

NASCAR Heat Evolution is a good first step for Monster Games as it reconnects with the sport and its own heritage. It's not an unqualified success, but it's the kind of points racing that gets the job done and which helps build toward that championship. It has that competitive spirit that a racer has to have, and that's not something that can be taught – it has to be inside of you the whole time.

This review pertains to the PS4 and PC versions of the game. It's also available on Xbox One. 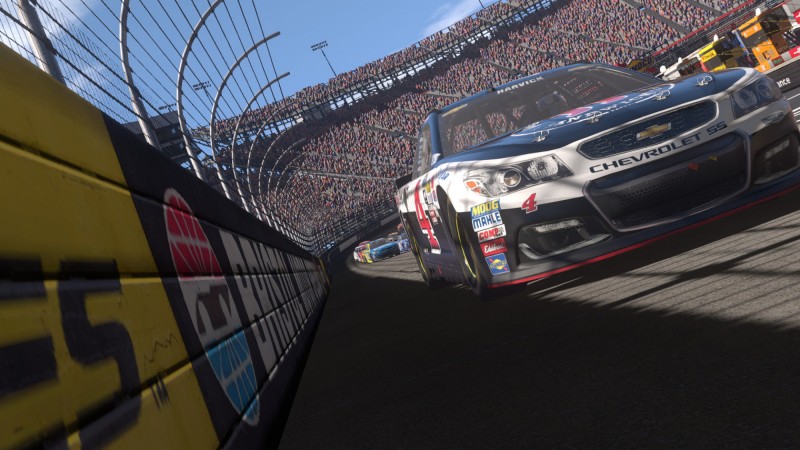 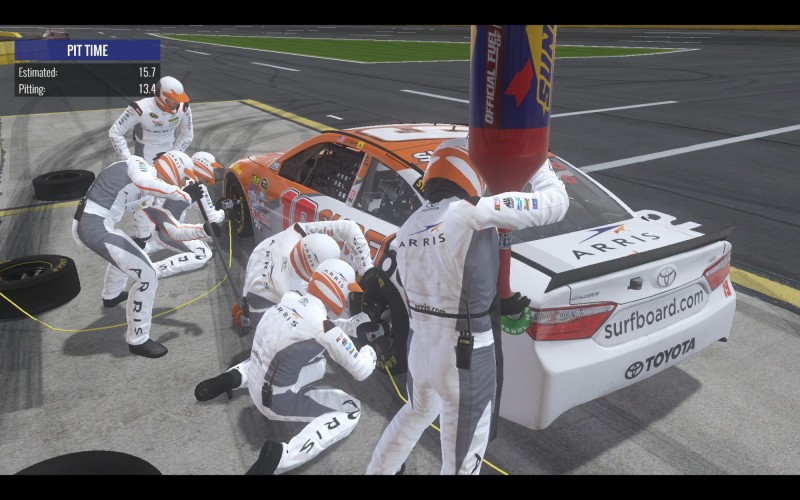 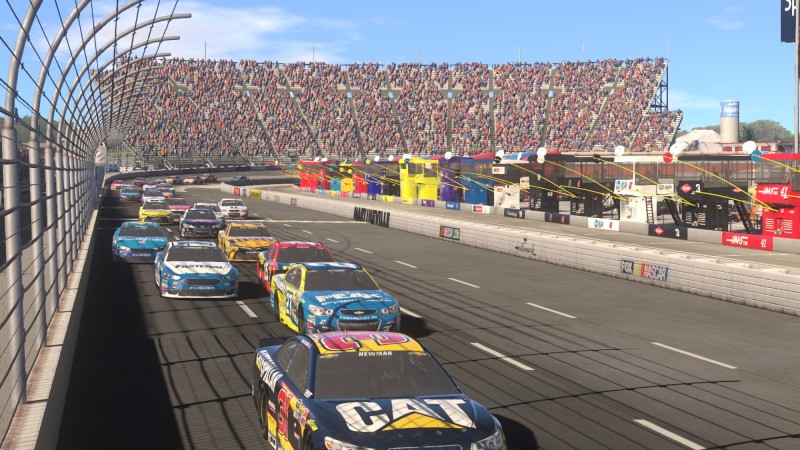 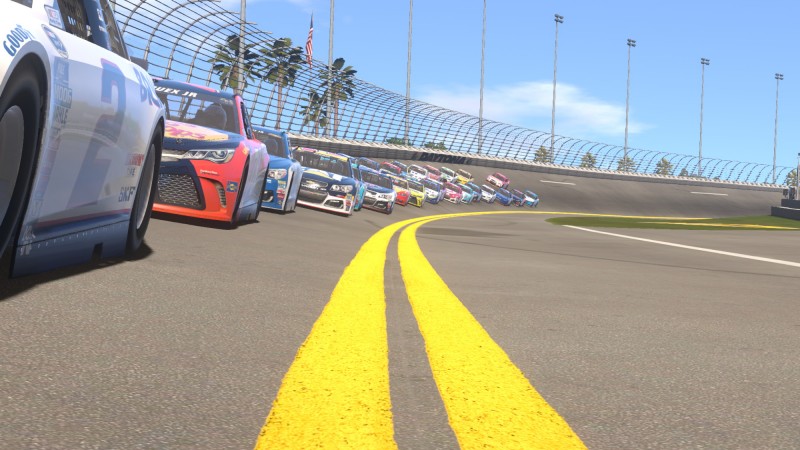 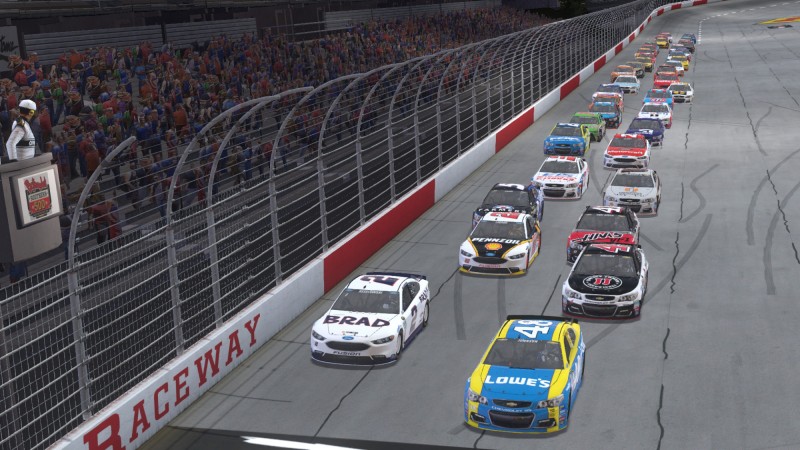 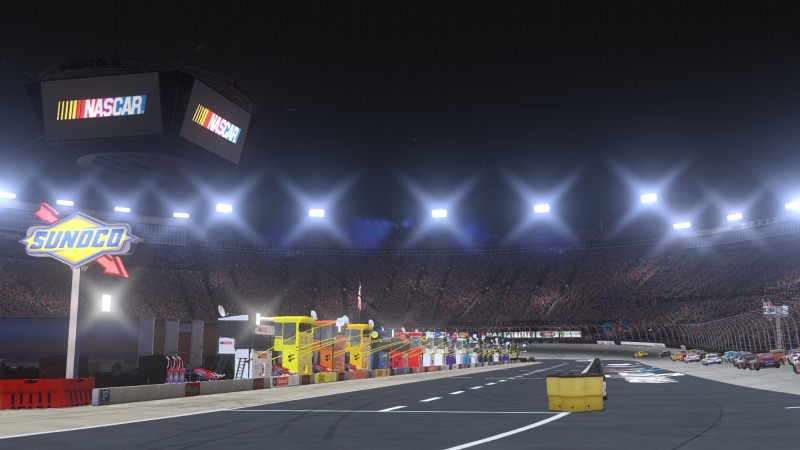 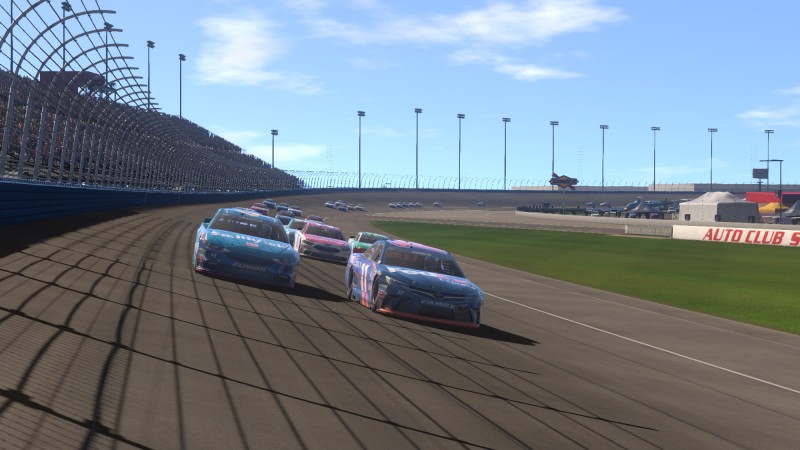 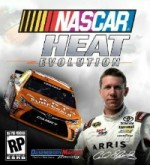 The makers of the NASCAR Heat series have been away from the sport for a while, but a racer never forgets how to compete.

7
i
Game Informer's Review System
Concept Reboot the NASCAR video game experience with a renowned developer at the helm
Graphics The game looks decent, although some distracting graphical effects exist at night in the zoomed-out car view and along the ground with the hood cam on the PS4
Sound The spotter does a pretty good job keeping you abreast of what’s around you, although he’ll call out accidents that haven’t happened from time to time
Playability I never felt comfortable on the brakes; they feel somewhat binary and hard to finesse. This makes tracks like New Hampshire or Phoenix not as fun to race
Entertainment There are some great moments out on the track thanks to the competitive A.I. Elsewhere the feature set offers enough to keep you interested
Replay Moderate