Although it dabbles in the surreal elements of horror, Narcosis emphasizes people over plot points. By the end, I felt more like I’d finished a longform profile article or listened to a This American Life segment on deep-sea divers than accomplished something or had a grand adventure. But while that story is intriguing and its character study successful, the moments between beats are so boring that those nuggets of characterization are the only thing driving your trek across the ocean floor.

Narcosis casts you as a man in a diving suit looking for a way to jerry-rig a way back to the surface after the underwater station he works in floods, killing most of the crew. The story is told mostly through natural, well-acted dialogue in which a narrator delves into the specifics of what happened before and after the events of game. These voiceovers deftly convey the pragmatism, single-mindedness, and survivor’s guilt that come with working in such a dangerous profession.

Between setpiece moments, you find collectibles on each of the bodies of your dead crew members. However, because the game doesn’t explicitly tell players which crew member they are controlling, the collectibles are more valuable for helping you piece that mystery together. You begin with a list and pictures of the entire crew, and as you their find bodies or personal effects, their pictures are grayed out, making it easier to deduce who you are. You don’t get anything out of figuring it out before the game outright tells you, but it’s a great way to make collectibles worthwhile, and I enjoyed having that mystery to think about as I played. As you piece together what happened and who you are, reality becomes warped during a few segments. Disturbing images pop up on screen, and some of the later environments don’t comply with the laws of physics. These segments tie into the plot naturally, but aren’t captivating and often feel unnecessary. While my character’s heart rate increased whenever he ran into one of these events, the character models aren’t detailed or animated well enough to induce any real scares. At one point, I lowered the visor of a helmet and laughed at the twisted face inside it as the trademark horror stinger played.

Apart from some light platforming, Narcosis doesn’t have much action. The diving suit you wear lumbers along at a glacial pace, but the thrusters on its back make navigating the coral reefs and submarine volcanoes quicker. However, wandering around beneath the sea is usually a mellow and dull experience. Don’t expect many surprises between when you find the lift you need to ride and the batteries that power it (which you need to turn on in the right order). You do have to keep an eye on your oxygen, but you find enough canisters lying around that it isn’t a problem.

Most of your time is spent looking around for the right part of the environment to interact with, and the few times it deviates are often for the worse. Combat involves slashing squids or anglers with your folding knife before they latch onto your helmet. It’s too simple to be interesting and too threatening to ignore, making it a huge annoyance. I learned I could evade damage if I simply turned to my side before they lunged, but I still had to gut the suckers before moving on.

Knives don’t work on larger spider crabs, which creates a few stealth segments where you have to wait for them to pass by or evade them entirely. These sections are more frustrating than tense. Not only are the checkpoints infrequent enough to make multiple attempts a chore, but I had more than one issue where a crab refused to continue along its intended path, stopping them in place and preventing me from progressing.

Although Narcosis’ runtime is fairly short (about four hours), it’s padded by frustrating stealth segments and banal puzzle-solving that get in the way of some great storytelling and voice-acting. While captivating, those aren’t enough to make this experience worth wading through.

Built For VR
Playing Narcosis in VR (on either Oculus or Vive) is optional and makes the experience feel more natural, but still has faults. Although the HUD and movement feel tailor-made for the tech (you can only move forward based on what direction you’re looking in), the game looks noticeably blurrier through a headset. No choice comes out on top, but neither feels like it hinders the experience.
Off
On
Off 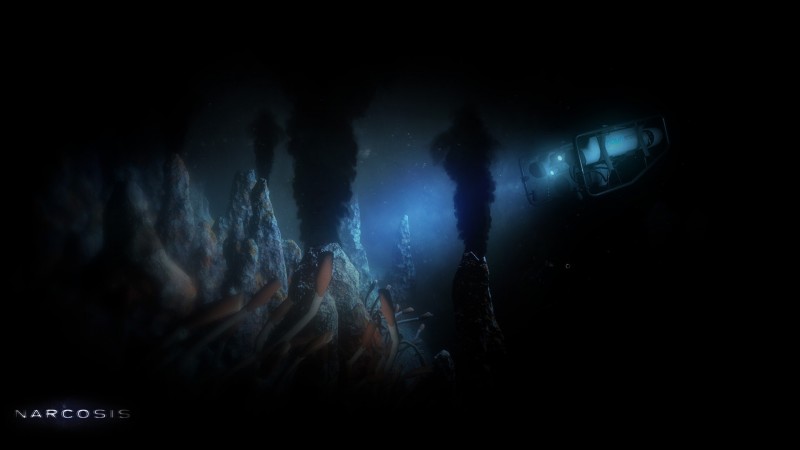 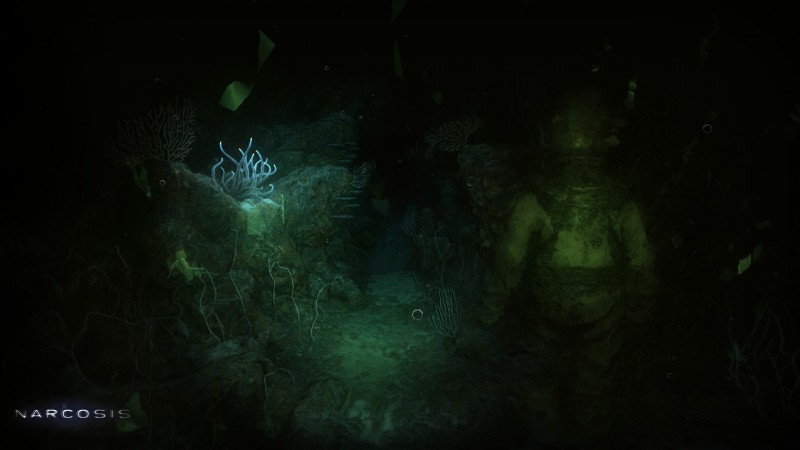 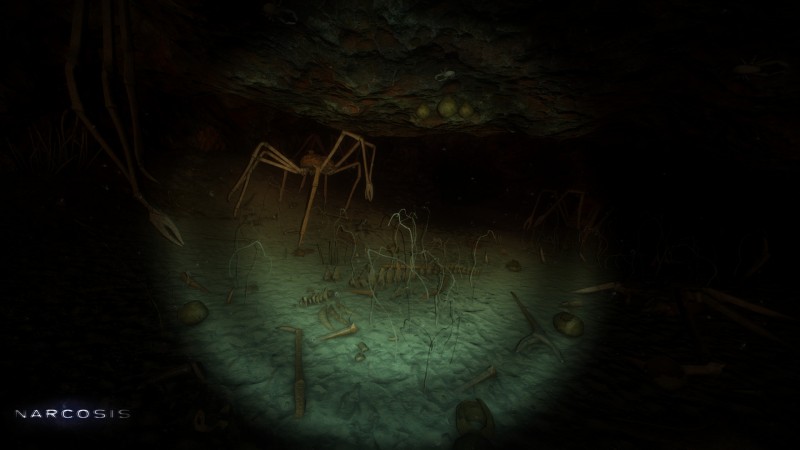 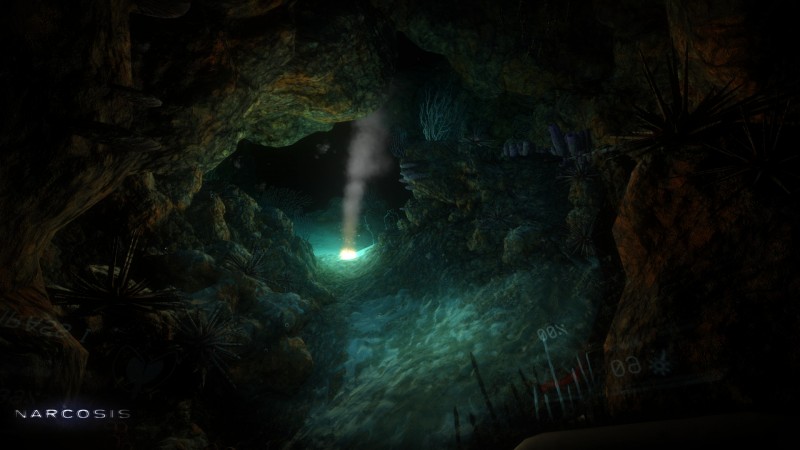 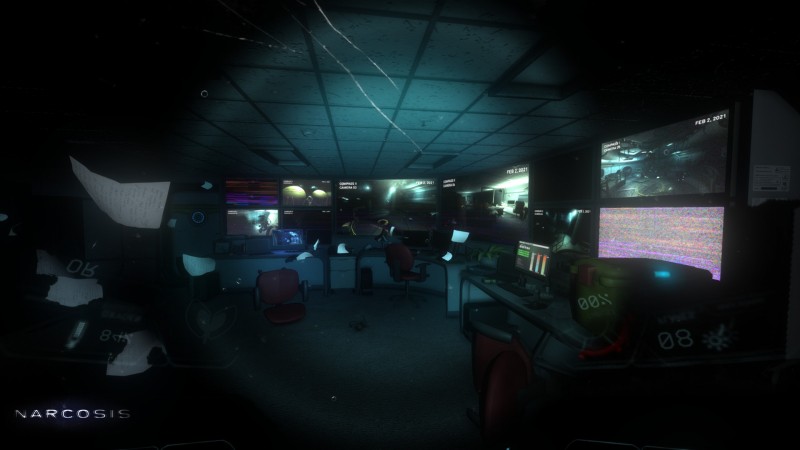 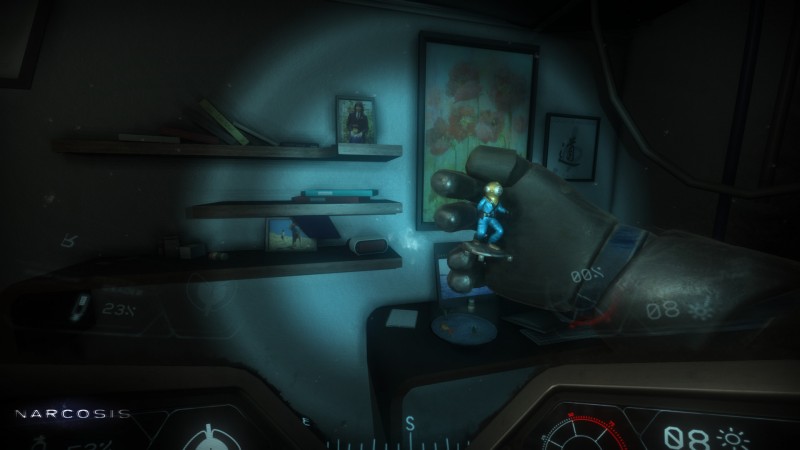 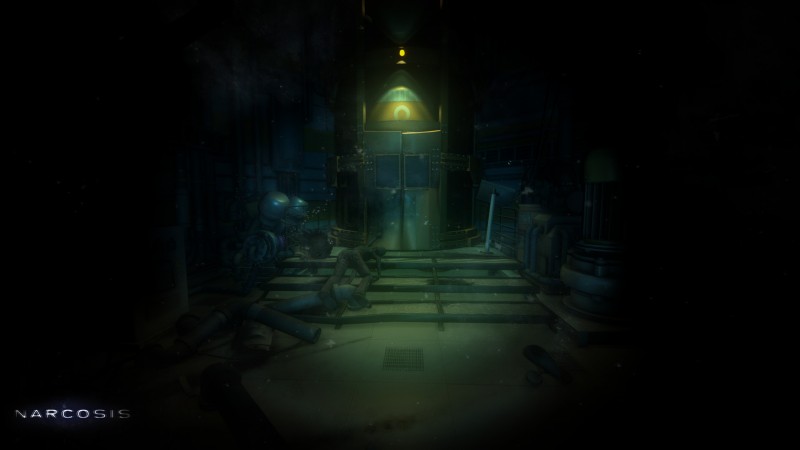 Narcosis tells an interesting story, but the dull and occasionally frustrating game it's wrapped around make it hard to recommend.

Purchase More Info
5.75
i
Game Informer's Review System
Concept Trudge across the ocean floor in a diving suit while avoiding giant crabs, having horrific visions, and fixing a ride back to the surface
Graphics Deep-sea vistas are muddy and frequently obscured by darkness, and many of the models look dated and stiff up-close, turning some scares into laughs
Sound The ambient background noise is subtle, and the top-notch narration and voice acting are engrossing
Playability The speed of your diving suit is appropriately slow, but the limited interactions you take part don’t take advantage of your bulk
Entertainment Narcosis tells a grounded, emotional, and surprising story, but you have to wade through a lot of plodding moments to see it through
Replay Low