A World Of Dangerous Speed
by Matthew Kato on Nov 30, 2010 at 02:30 AM
Publisher: Deep Silver
Developer: Techland
Reviewed on: PlayStation 3
Also on: Xbox 360 Recent arcade racing titles like Split/Second, Pure, and Blur have tried to make racing about more than just crossing the finish line first. Because of this, I’ve admired those games and how they expanded the lexicon of racing titles. Nail’d is not one of those games. Nail’d is not trying to redefine the traditional racing experience, but rather fulfill its original promise: If you go really fast and make it to the finish line first, victory is yours. However, that doesn’t mean that Nail’d is any less exciting than those other games. In fact, Nail’d attempts to capture what is fundamental about the genre in its own way, leaving the player with a powerfully distilled experience.

Imagine you’re on a speeder bike from Star Wars and you’re bombing through Yosemite Park and Greece. You have had 1,000 heart attacks after the number of near-misses you’ve survived, but you’ve gotten used to flying by the seat of your pants. Trade out the speeder bike for an ATV, and you get the picture of what Nail’d is like. Polish developers Techland (Call of Juarez) have captured lightning in a bottle with this game’s sense of speed, and have smartly positioned other aspects of the game in service to the glory of higher mph.

The game’s tracks do an excellent job of combining set-piece moments, speed-building straightaways, strategically placed gates that give you turbo boost, and enough twists and turns to keep things very interesting. My favorites are the races that consist of one long course rather than a lap format, simply because everything you experience is new from moment to moment. Although Nail’d doesn’t match the over-the-top craziness of Split/Second, there were enough boulder avalanches, hurtling trains, and giant swinging sawblades to keep things deadly and exciting. Courses are also spiced up by the fact that you can steer your bike up, down, left, and right while you’re in midair. This doesn’t sound like much, but the way that this functionality is merged with the tracks’ design and the overall sense of speed amplifies the thrills to gravity defying proportions. Many of the jumps in the game require some sort of mid-air adjustment. Choosing where to go is often a leap into the unknown and part of the fun. Sometimes you have to decide pretty early on whether you’re going to pull up for more air or dive down to avoid getting smacked in the face with a tree. Other times there are multiple routes around a level to choose from, and the game gives you the luxury of deciding while you’re flying several stories up in the air. Nail’d’s claustrophobic, fish eye-like camera complements the onscreen adrenaline rush, and even though it can leave you blind occasionally, there are enough environmental clues to steer you in the right direction – even when you’re turning almost 180 degrees in midair.

Techland’s single-minded focus on delivering a high-speed, thrilling experience comes at the expense of the game’s overall breadth. The career mode consists mainly of the same come-in-first race type, punctuated by Stunt Challenges. These are basically the same as a normal race, only the winner is determined by who can perform a limited roster of stunts – which are not like ATV vs. MX-style tricks, but are simple feats like landing on other riders or making huge boost jumps. Of course, Nail’d is not supposed to be a trick-based title like Pure, but I wish it found a way to augment its speed rush with more gameplay options and variety. At least there’s day-one DLC featuring a Detonator mode that requires you to perform a boost move in order to get a bomb off your back. Still, Nail’d is not a game with great depth.

Creating a fast racing experience sounds like a fundamental requirement of any racing title, but Nail’d isn’t just a game that blows by low expectations. It’s a focused experience that sticks to a tight racing line and captures the essence of speed in a flash. 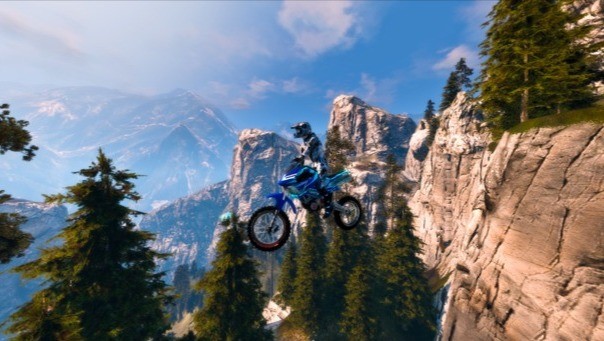 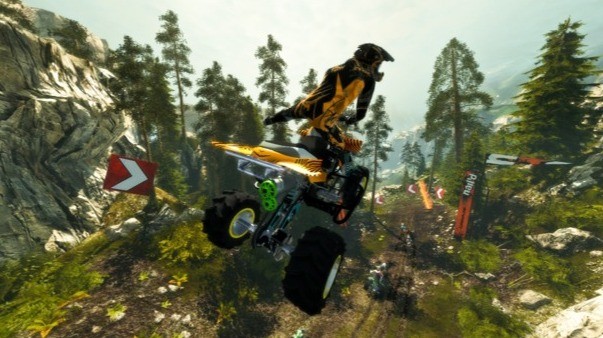 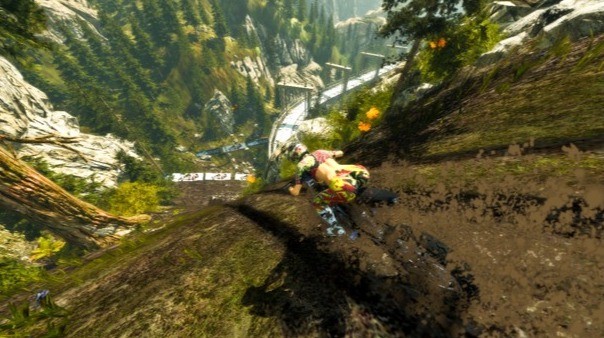 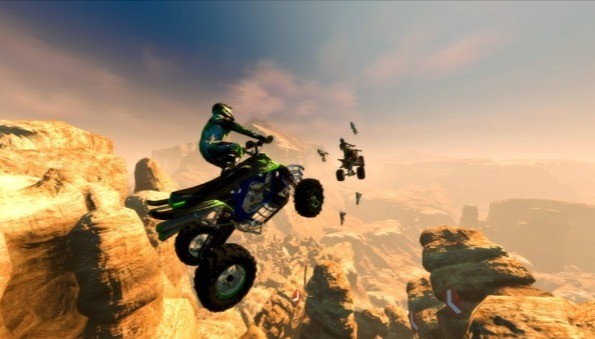 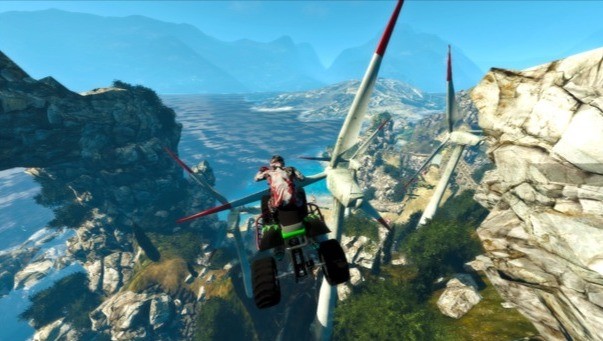 8
i
Game Informer's Review System
Concept The game’s sole purpose is to deliver fast-paced, near-miss thrills
Graphics The color palette is vibrant. The game does a pretty good job at making sure the correct environmental cues pop as you’re blistering down the track
Sound Queens of the Stone Age are the lone standouts in an otherwise forgettable soundtrack
Playability The camera can be disorienting and does not always present the best viewing angle, but oddly enough this is part of the Nail’d experience
Entertainment Nail’d isn’t the most ambitious game you’ll ever play, but it captures the excitement of racing better than some straight up racing games
Replay Moderate