Mortal Kombat isn’t a mere throwback to the series’ arcade glory days. Sure, it places combatants on a classic two-dimensional plane, recycles Ultimate Mortal Kombat 3’s roster, ventures back to the series’ most iconic arenas, and gives that odd fellow who yells “Toasty!” another job. However, the nostalgic nods, as great as they are, take a backseat to the creative ideas that bolster the classic fighting formula.

Powerful x-ray moves shatter spines and fracture skulls, special moves can be augmented to deal additional damage, and just when you think you’ve seen it all, the game throws bloody curveballs your way in the form of new match types. You may find yourself battling an army of tarkatans, or struggling to deal damage because your character can’t stand the stench of a rotting version of Goro. With a sadistic sense of humor accompanying most of the fights and modifiers, you never know what to expect from Mortal Kombat – but it's always gory, hilarious, and an absolute blast to play.

Most of the crazy match types are found in Challenge mode, a tower of 300 objective-based levels. This mode could easily be considered a full game on its own. While Test Your Might, Strike, Sight, and Luck pop up often, most of the other matches are unique one-offs, such as Johnny Cage fighting a movie director or a bout where you play as a zombie. In addition to making me question what the hell is going on every five to 10 minutes, this mode does a nice job of showing players the ropes and teaching them how to play as each of the combatants. Some of the objectives are incredibly difficult, but should you run into a challenge that has your number, you can pay coins (earned in every mode) to skip it.

I pumped 10 hours into Challenge mode alone, and invested twice as much time into the classic tournament structure. This is where MK purists can enjoy no-frills one-on-one fights culminating with an ass-beating by Shao Kahn. The combat is frantic, and even though most of the characters’ special moves were introduced over a decade ago, it doesn’t feel like a nostalgia act. NetherRealm Studios has created a modern fighter that accommodates numerous play styles. If you have any memory of the first few Mortal Kombat games, you can probably throw Scorpion’s spear without looking at the moves list. The combos, enhanced special attacks, x-ray attacks, and beautifully designed tag maneuvers are all new wrinkles that make this combat experience the deepest in Mortal Kombat’s history. Dan and I play the game in entirely different ways, and some of the people I’ve played online have opened my eyes to new approaches with different characters. Story mode also forces you into the role of different characters and, like all of the modes in this game, offers a lengthy and polished experience despite the ludicrous tale it tells.

None of the characters are palette swaps, and there’s little repetition in the move sets or fatalities. You can sense that Ed Boon and his team had a great time dreaming up fatalities that best fit each character. Some of them are hilarious; others are downright disturbing. In Shang Tsung’s finisher, the team even takes a jab at Mortal Kombat vs. DC Universe’s Teen rating. Each character offers two fatalities, a secret-ality, and a stage fatality. Uncovering all the ways you can dismember your competition is a significant and uproarious time sink.

Characters get shredded up in more ways than just fatalities. As matches unfold, characters will bruise and bleed, and their outfits sustain damage beyond a tailor’s repair. Most of the stages also offer scenic views of Earthrealm being destroyed or the sick machinations occurring in Outworld. You have to take your eye off the fight to appreciate the amount of action occurring in the backgrounds; you’ll see dragons battling helicopters, snakes slithering down trees, and other combatants locked in battles in the distance. I’ve always loved the way this series has looked, whether it was the digitized actors or exploding polygonal characters who showered far too many rib cages onto the playing surface. This game eschews that kind of zaniness, however, and is downright gorgeous. In a split second, it can wipe the look of awe off of your face with a gruesome bone snap.

Mortal Kombat also makes an impact in the online space. King of the Hill mode brings a competitive arcade-like atmosphere to the online bouts. Much like the days where you would put a quarter on the machine to signify that you have the next fight, you stand in line and wait your turn. Waiting in a day and age when “quick match” is a part of our lexicon may seem like a silly thing to do, but I enjoyed taunting my foes and scoring their performance sas I waited, not to mention studying their techniques prior to throwing down with them.

The only area where Mortal Kombat feels antiquated is in its AI. On the higher difficulty levels, computer opponents are as quick-witted and fast-acting as the Flash. Bosses are annoyingly cheap. I realize they should be tougher than standard opponents, but giving them immunity to any attack, even when your foot is clearly crushing their face, is an artificial difficulty booster that should have stayed in the past. The other minor complaint I have is the lack of new characters, especially from a team that has such a history of creating memorable fighters.

This is the best Mortal Kombat yet. It didn’t blow my mind to the degree that Mortal Kombat 2 and 3 did back in the day, but when it comes down to the gameplay and longevity tied to it, this new entry towers above its 2D lineage.

The Edge
The Xbox 360 and PlayStation 3 versions are identical in most ways, but the latter’s controller is better suited for special move and fatality input. The PlayStation 3 version also offers a substantial exclusive character in God of War’s Kratos. He fits right in with the series’ colorful cast, and his moves are fittingly brutal. The 360 version uses avatars during King of the Hill mode, but this small touch can’t stand up to the PS3 version’s advantages. 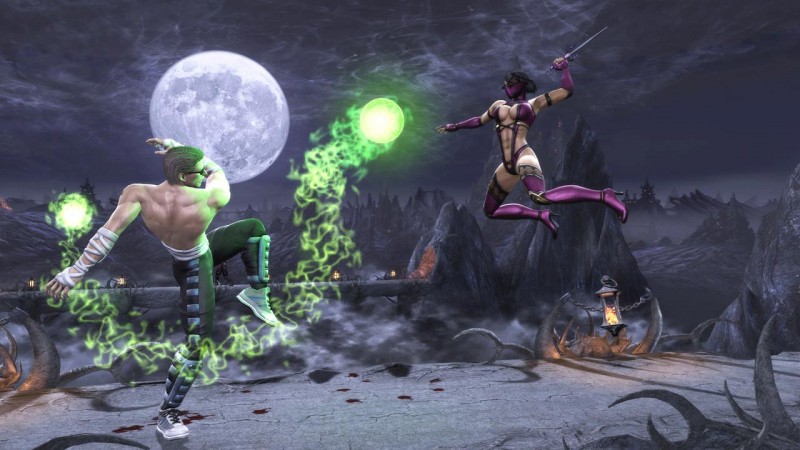 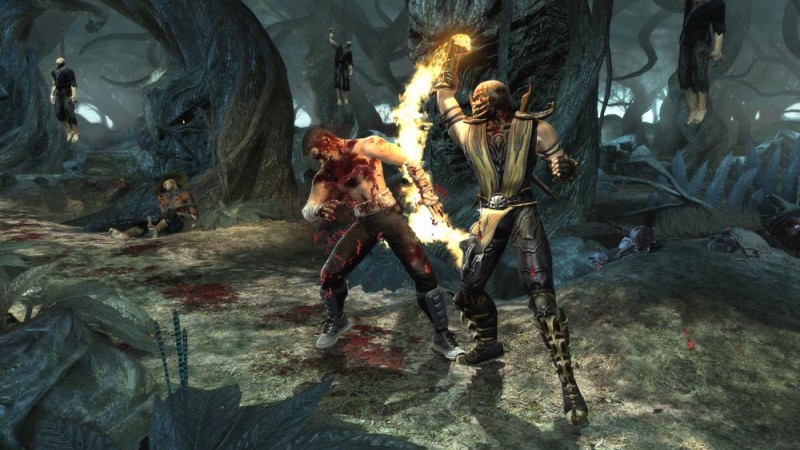 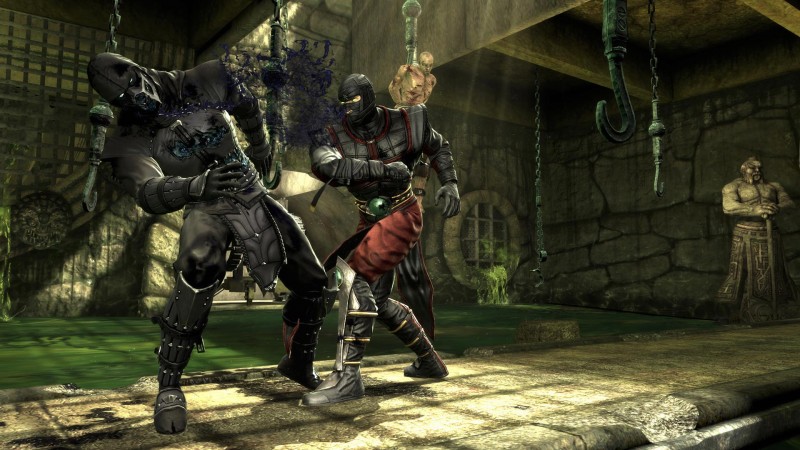 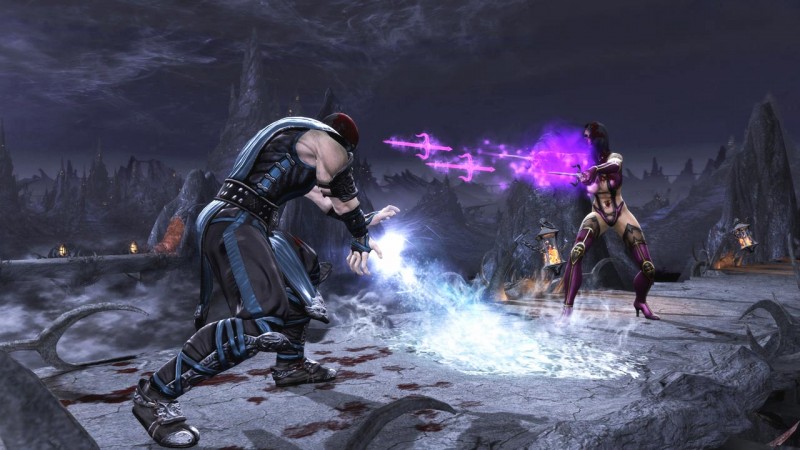 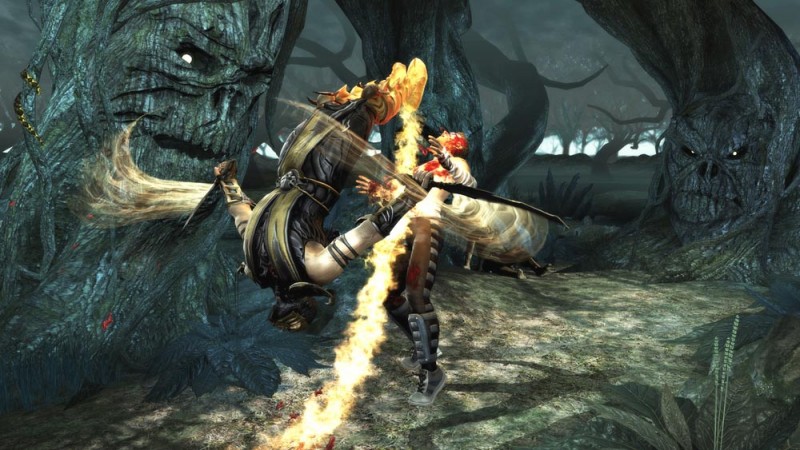 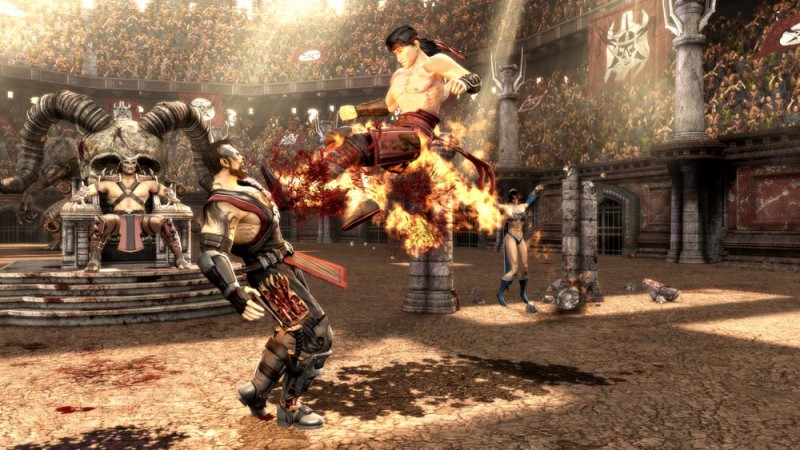 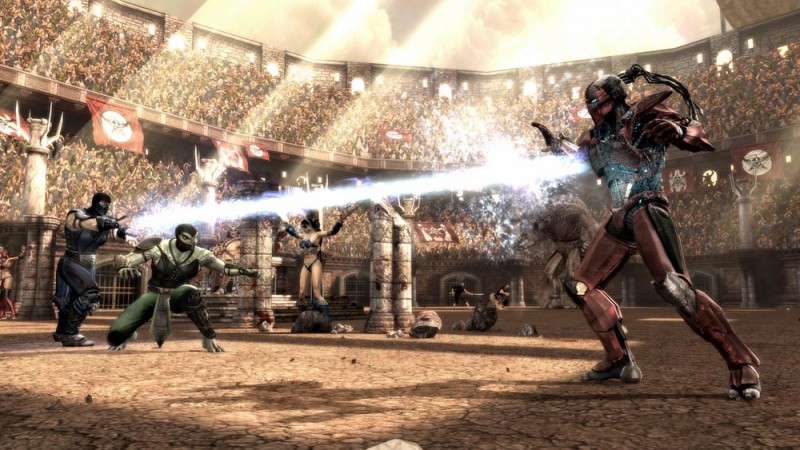 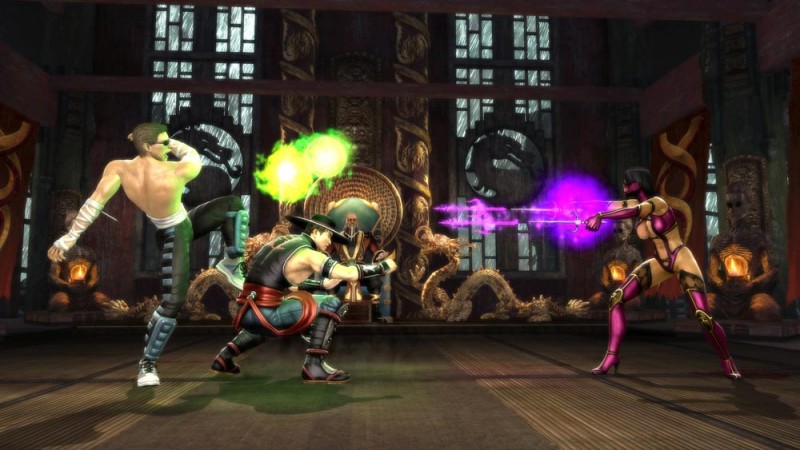 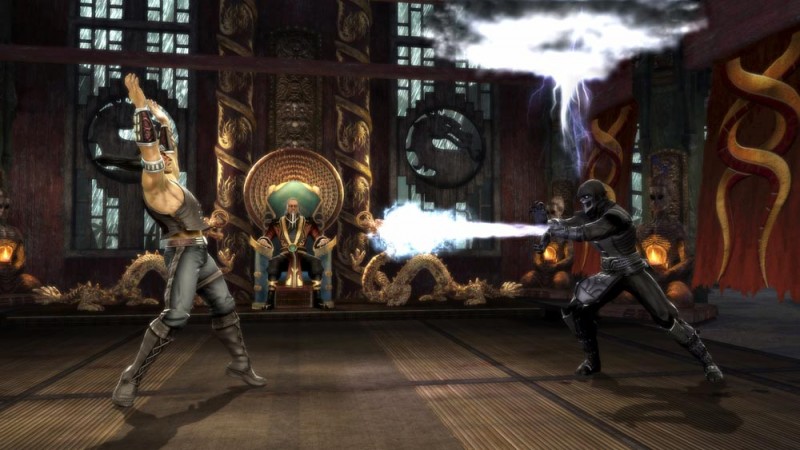 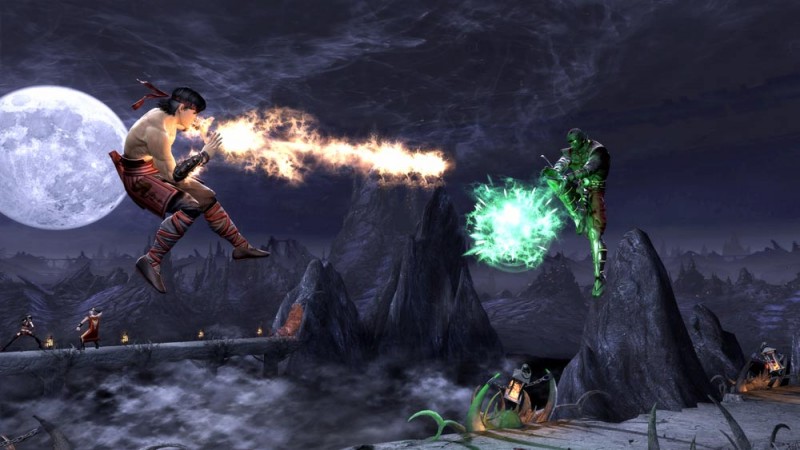 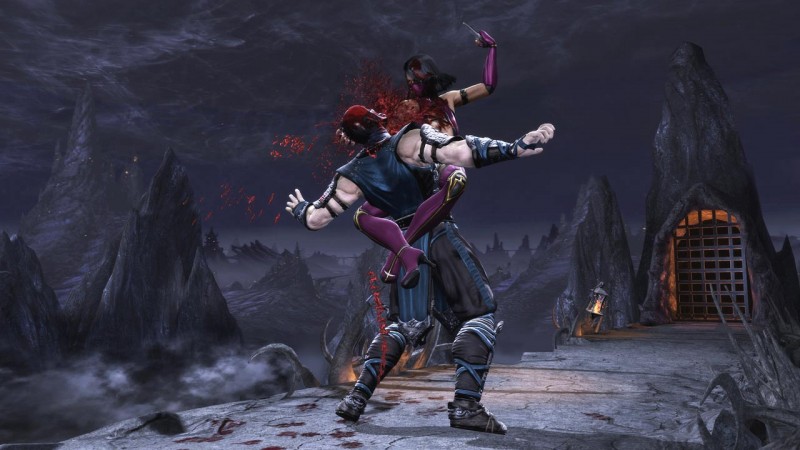 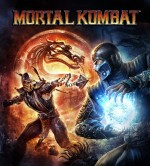 Purchase More Info
9.5
i
Game Informer's Review System
Concept Take all of the elements that made Mortal Kombat an iconic franchise, and make it play better than ever
Graphics A great attention to detail is applied to the backgrounds, characters, and making the fatalities cringe-worthy spectacles
Sound It’s all about various battle cries, slicing, dicing, and death throes. The soundtrack is as unremarkable as its predecessors
Playability The best control and deepest mechanics in any Mortal Kombat game
Entertainment An almost overwhelming amount of great content backs the rock-solid gameplay
Replay High