Optical illusions have fascinated our logical human minds for millennia, but video games offer a rare opportunity to experience these impossible creations in new ways. One of the best explorations of optical illusions from the past several years was ustwogames’ mobile hit Monument Valley, which blended simple mechanics with mind-bending visuals to create an atmospheric delight. Like that first game, Monument Valley 2 is over far too quickly, but it’s also beautifully clever and tells a subtle and heartwarming story about the evolving relationship between a parent and her child.

If you missed the first game, the premise of Monument Valley 2 remains the same as the first. Each level is broken down into a series of single-screen puzzles that look like the lost works of M.C. Escher. I marveled at these impossibly constructed castles and their winding paths that looped together in complex knots. Each level is a stunning exhibit of artistic design. Monument Valley 2’s color palette is even more vibrant than the first game, and I often stopped playing to just admire the unique design of each level.

As you navigate Monument Valley 2’s illogical geography, you can manipulate its impossible architecture with a series of sliders and cranks that turn pieces of the environment to create new paths, allowing your characters to reach the other side of the level. On the whole, Monument Valley 2 features very little fluff. Each level has its own unique twist on these mechanics. For example, one level has your character moving through a level upside-down, while another lets you manipulate sunlight to grow plants that double as walkable platforms. Impressively, ustwogames never reuses the same idea. While these navigation challenges are often fairly easy, navigating to each exit remained compelling, thanks to the constant reveal of new mechanics.

It’s a good thing that every minute of Monument Valley 2 feels fresh and exciting, because there aren’t many minutes to experience. You can work your way to the closing credits in a couple of hours, and there are no challenge modes or other unlockables that make it worth revisiting this surreal adventure.

While the first Monument Valley featured an obtuse narrative, Monument Valley 2 tells the story of a mother and her child as they embark on a journey of discovery. The story is mostly wordless, but the powerful themes of growth and change are much easier to understand this time around. I was genuinely moved by these characters’ mesmerizing adventure through a series of environments that challenge our own understanding of how the world works. Monument Valley 2 might be a short adventure, but it’s a fresh change of pace from the sprawling open-world giants that have dominated the rest of the year. 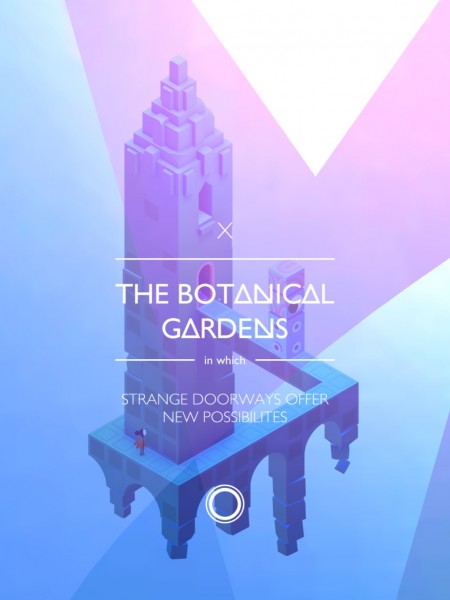 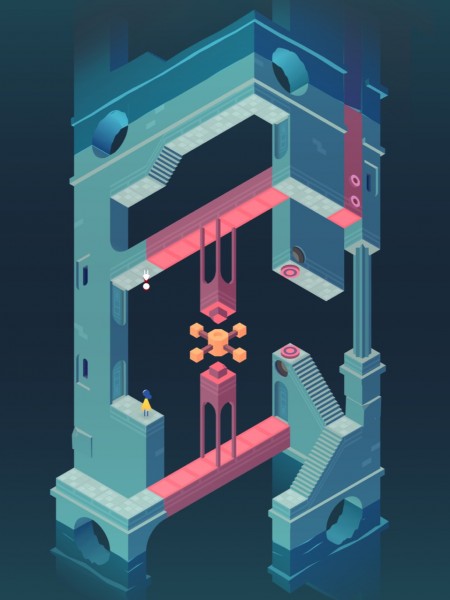 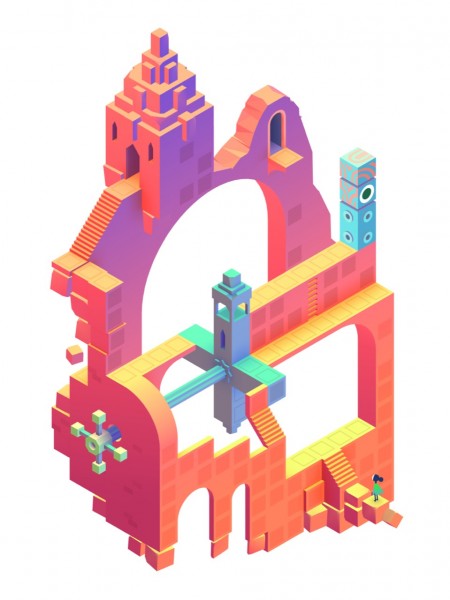 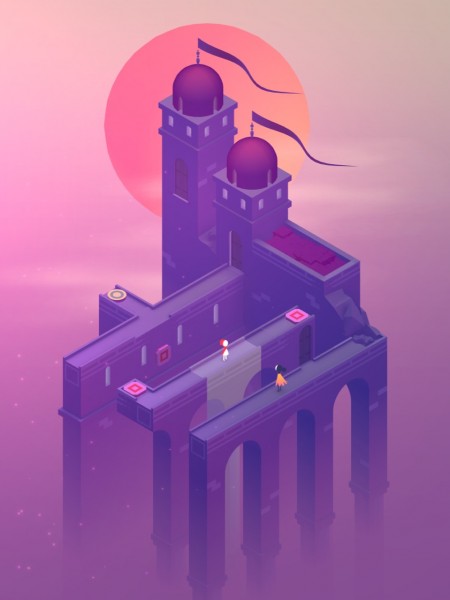 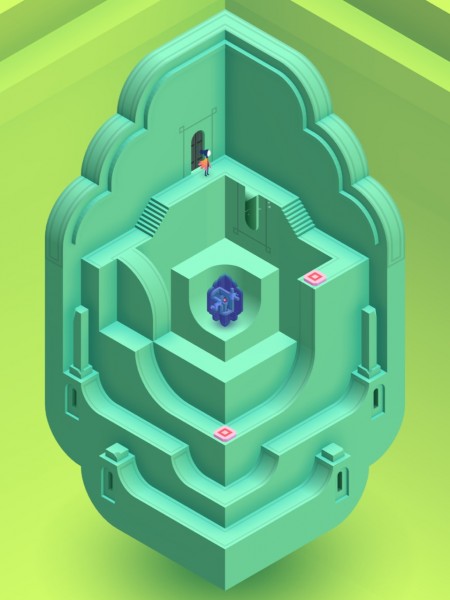 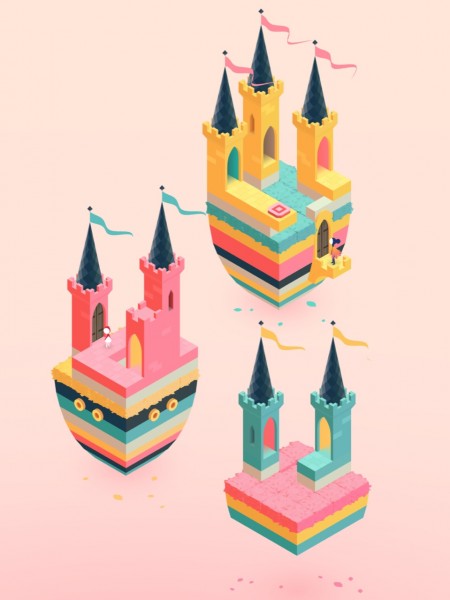 8
About Game Informer's review system
Concept
Journey through a series of optical-illusion puzzles that explore the relationship between a mother and her child
Graphics
Ustwogames’ amazing use of color makes each level look like it belongs in an art gallery
Sound
An emotional and beautiful soundtrack adds to Monument Valley 2’s touching story; this is one of those rare mobile titles that you should play while wearing a good pair of headphones
Playability
Ustwogames keeps things simple with only a handful of touch-based mechanics. Despite each level’s oddly constructed layout, I never had a problem navigating the characters across the screen
Entertainment
Like the first game, Monument Valley 2 is a short ride, but I enjoyed every moment of the journey
Replay
Moderately Low