In 2008, Major League Baseball recognized umpires weren’t enforcing the 12-second time limit between pitches. All 30 teams were warned that this hard-and-fast rule would be in full effect for the upcoming season. The reason? Game times were running longer than normal, and fans and sports writers alike balked at the idea of spending more time at the ballpark. "Clubs and fans share the common objective of seeing a game that is played as sharply and crisply as possible,” commissioner Bud Selig said in a statement at the time. “We have reminded our staff and our umpires to enforce the rules in order to achieve the progress we need in this area."

Flash forward six years: That desire to shave down the amount of time it takes to play a game of baseball almost seems comical. Pitchers and batters are not penalized for dillydallying, and the expanded use of instant replay – in which managers can challenge calls – has slowed the sport even more. Games are longer than ever.

In MLB 14: The Show, developer Sony San Diego is channeling Selig’s 2008 mindset to reduce the amount of time needed to complete nine innings. Since this series already gives players the option to bypass the off-action moments – such as players adjusting their batting gloves, or managers yapping it up in the dugout – cuts had to come from the game itself. Sony’s solution is essentially abridged baseball. For every second you save, you see less of the game.

I’ve had numerous debates with myself over what kind of baseball fan someone must be if they don’t want to watch every pitch. Most of baseball’s strategy and drama comes from the batter and pitcher match-ups. Players develop an understanding of how the pitcher attacks and changes speeds – every pitch matters. Conversely, The Show 14 makes a fairly good argument that you don’t need to see every pitch to derive enjoyment and intensity from a game of baseball.

A new optional setting called Quick Counts simulates a count every time you step into the batter’s box. These counts are generated using two years worth of statistical data from MLB.com, and also factor in the developments of the current game and situation in that at bat. If a pitcher is cruising, you often step to the plate with the count in his favor or even. You'll have your work cut out for you to see a good pitch. When pitching, Quick Counts can be a blessing. Rather than having to work an entire at bat against Chris Davis in a tight-scoring affair, you may strike him out with just one pitch. Of course, if your hurler is struggling, that same at bat could very well have Davis sitting in the driver's seat. Not every at bat is weighted so heavily in either direction, but Quick Counts do a nice job of highlighting pitcher and batter successes.

Playing a full game with Quick Counts activated results in a much faster experience – my shortest games were completed in just under 30 minutes, and the longer, higher scoring affairs were around 40. Full games in The Show 13 range from 60 to 75 minutes.

On the plus side, Quick Counts took the “hack-at-everything” out of my plate approach, and gave me opportunities to walk. On the mound, I paid closer attention to pitch counts, which can elevate quickly when a hurler is running into trouble. I called upon the bullpen more than I ever have in a baseball game. On the downside, I never once saw a 0-0 count, meaning batters never put the first pitch in play. Again, the hardest pill to swallow is knowing that you aren’t controlling your destiny for most of the game. More than half of the pitches thrown are simulated and you have no say over them. Are you really in control of these games?

The second feature that speeds up play is called Player Lock. In its intended form, this option lets you role-play as one player throughout an entire game, taking all of his at bats and fielding opportunities, just like in Road to the Show mode. Player Lock can be turned off at any point during the simulation, or reassigned to different players. If you want to make sure your team wins a close game, you can enter the substitution menu and Player Lock the closer. This new option isn’t without its problems. Interrupting the simulation when you want to can be difficult, and a fair amount of time is spent in menus selecting players.

Player Lock is the fastest way through games, but you sacrifice control over the game to speed it up significantly. As a batter, my game times were around 10 to 15 minutes. Player Lock can be used with Quick Counts to reduce a game’s time to five to seven minutes.

I enjoyed using both of these new features in a limited capacity, but felt robbed of having the full baseball experience I’m accustomed to. These features are great if you want to fly through franchise mode, or only have a little time on your hands for video game baseball.

You won’t find new gameplay mechanics to tinker with in The Show 14, but Sony’s iterative process continues to shine, giving this year’s on-field performance another jolt of realism. Along with entirely new catcher and base-running animations (which look fantastic), the ball is the star of this year’s in-game improvements. Actually, it’s the indicator that follows the ball, which is no longer stationary. When a ball is clobbered, or taken for a ride in the wind, the catch indicator moves accordingly. This little change creates a wealth of excitement, including balls drifting back, back, back, and gone. In most cases, you won’t see that a ball is a home run until it drifts over the wall. Another small tweak that makes a world of difference is a new dynamic camera that tracks the ball out of the batter’s box. This helps immensely for fielding or judging whether you should tag up or not. Pitching, batting, fielding, and base running are all handled remarkably well, delivering fun gameplay and an accurate representation of the little nuances of the sport.

The popular Road to the Show mode is slightly different this year, taking a fictional player through a three-game Topps Amateur Showcase prior to the MLB draft. This small window into your skillset determines what round you go in the draft (should you choose to enter it and not just select a team outright). If you end up as a high-round pick, you can head back to school to hone your skills for another go at the Showcase, and hopefully a better draft position. I used the Showcase and the new ability to create your player based on the attribute framework of an established MLB player to mold a great prospect out of the gate. He put up bigger numbers than any of my other previous RttS hopefuls in years past.

I applaud Sony’s decision to remove unnecessary advancement goals from RttS, which allows for players to be sculpted any which way, but this mode still doesn’t offer enough interaction and viewpoints outside of player building. In an age where NBA 2K’s My Career mode includes fiction, endorsements, and choices galore, The Show 14’s attempt is antiquated by comparison, yet still a fun avenue of play.

I was hoping to spend a fair amount of time in The Show 14’s new online franchise mode, which offers all of the standard bells and whistles sports gamers have come to expect, but all of my online games ran into significant performance issues related to lag and framerate. Here’s hoping Sony can iron out these issues. Having the option to quickly contact people looking for leagues is a nice touch. The framework Sony has in place is impressive, giving the commissioner and players plenty of flexibility. The play just needs to be reliable. If Quick Counts and Player Lock still demand too much of your time, and you only have a minute or two at your disposal, you may want to mess around with Community Challenges. These user-created situations are usually quite short, pushing players to record the final out in a game or attain a specific result, like a strike out or hit type. I often would end my day of baseball with a challenge or two.

The Show 14 is another pennant-winning effort for Sony San Diego that showcases improvements both on and off the field, and opens avenues of play to people looking to digest baseball in different ways. Best of all, the progress you make in this year’s game won’t be lost when spring training rolls around next year. Your Franchise and Road to the Show saves will carry over into The Show 15, allowing you to pick up right where you left off.

8.5
About Game Informer's review system
Concept
New features dramatically cut down the time it takes to complete a game, allowing players to get deeper into seasons
Graphics
The PlayStation 4 version delivers new details for stadiums, lighting, players, and textures. The lighting effects go a long way in upping the realism. The strange, unmoving player hair pulls it back a little
Sound
Commentators Matt Vesgersian, Eric Karros, and Steve Lyons do a fine job covering the play-by-play, but they often repeat the same player-specific information. Crowd audio is vastly improved in the PS4 version
Playability
New ball tracking create more excitement on spinning liners and balls crushed to the fence. Quick Counts are a welcome addition that generates more realistic pitch counts and walk totals – all while cutting down time investment
Entertainment
The same great baseball simulation now caters to a wider group of gamers with online franchises and shorter game times
Replay
High 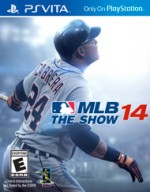