Innovation Brings Players Between Gaming's Gloss and Edge
by Andrew Reiner on Sep 22, 2009 at 01:58 PM Players have become so proficient with first-person shooters that they can lob grenades with pinpoint precision and de-helmet an enemy on the run with a sniper shot from a mile away. So why do these players, who are completing superhuman feats within the harsh conditions of war, look like fools whenever they try to jump from one point to another? Watching a player try to leap across the rooftops often ends up being as comedic as a Benny Hill skit. You'd think that waging a one-man war against the Nazi army would be first-person's greatest challenge, but as we've all learned through some frustrating moments in our gaming careers, it's making a simple jump.

Enter Mirror's Edge, a game that pushes gunplay to the periphery to show gamers (and game developers for that matter) that jumping from the first-person perspective can be just as easy and satisfying as pulling a trigger in Call of Duty 4. As a helicopter gives chase with a chain-gun ablaze, you'll be racing at breakneck speeds across vertigo-inducing vertical spaces. As you fling from flagpole to drainage pipe and run along a wall to a door you can put your shoulder through, you never once have to stop dead in your tracks to line up a jump or reposition the camera. Every movement feels natural, and is incredibly easy to pull off – and it doesn't automatically handle the platforming like Assassin's Creed does. You have complete control over the fast-paced parkour, and learn quickly (and often) that the slightest miscalculation in timing will turn you into an unrecognizable spatter on the pavement. Thankfully, checkpoints are frequent and load times are minimal.

The acrobatic maneuvers are amazingly fluid and responsive, but their true success lies in the outstanding camerawork, which does a great job of framing the shot. You also never feel like a camera floating along the terrain. You see your arms pump as you run, and your legs kick out in front of you as you leap and slide under objects. It really does a great job of establishing your character and making you feel like a part of the world. Sound goes along way to pulling the player in as well. You can hear the squeal of your flesh squeaking across glass, and as you pick up momentum, your breathing labors and you can hear the wind in your ears.

The game places you in the fleet feet of a runner (or tracer) named Faith, who transports data in a day and age where information is monitored as heavily as terrorist activity is today. Her rooftop delivery service is booming until her sister is framed for a crime. For whatever reason, Faith now finds herself in a world of trouble, as armed forces are in hot pursuit and shooting to kill.

This chase unfolds on rooftops, in a subway (complete with a harrowing leap across moving trains), and into a number of posh office interiors. No matter what the environment may be, you turn it into a playground. To guide players along, environmental objects that lead toward the objective are highlighted in red. In any other game this would seem a bit distracting, but the red breadcrumb trail fits with Mirror Edge's art style. Most of the buildings are bleach white, and if they have any color on them, it's always one solid primary color. This effect creates one of gaming's finest spectacles, and a surreal world for gamers to navigate. As striking as it is, the dark tones do lead to some moments of disorientation and confusion as to where to jump or run next.

By weaving in and out of enemy fire, players can complete the game with little blood on their hands. There is, however, the option to deliver killing blows. Faith is a skilled combatant, who can punch her way out a conflict, and also disarm without breaking a sweat. When she steals a weapon, she can either toss it, or empty the clip into her aggressors. The gunplay, as limited as it is, is quite good, and if anything, makes you think about what a game would be like if it combined Mirror's Edge's movement with Call of Duty 4's wars.

Mirror's Edge's gameplay is adrenaline-filled and beautifully tailored, but the experience does end up feeling a bit hollow as the game runs out of new tricks to show the player. In the second half of the game, I started second guessing if I had already run across a particular section. I also became so in-tune with specific challenges that I could probably complete them with my eyes closed.

Regardless, this is one of those genre-defining games that everyone needs to see. DICE has pulled off a miraculous feat that hopefully will inspire other FPS developers.

8
About Game Informer's review system
Concept
Take the opening scene of Casino Royale and extend it into a full-fledged parkour game
Graphics
Vivid backdrops and the sense of scale make each stomach-dropping jump memorable
Sound
Sharp sound effects help orient you during fast-paced chase sequences
Playability
Nice touches to the FPS camera and the sense of momentum make navigating rooftops a blast. More variety in the challenges is needed though
Entertainment
This genre breaker may have faults, but it's a new experience both gamers and developers need to try
Replay
Moderate 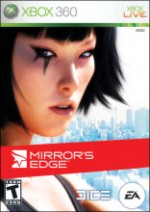