With Minecraft's international, multi-generational popularity, Telltale's Minecraft: Story Mode was sure to be a popular addition to the studio's stable of licensed properties. After extending the first season to include additional episodes, Telltale has turned around to create a second season that implements various improvements to the gameplay while delivering the same style of adventure game we've come to expect.

As you venture through Hero in Residence, all the Telltale hallmarks show up in short order. Quick-time events, choice-driven dialogue, and on-rails action sequences permeate each chapter. Some of the minor quick-time events even automatically succeed if you leave them idle for a few seconds, making me wonder why they're even present in the first place. Thankfully, Telltale adds new gameplay elements to change things up a bit.

Combat has been completely revamped with numerous improvements. In addition to moving toward or away from your enemies, you can also roll to the side to dodge attacks or get a better angle. In addition, you can't just wildly swing your weapon anymore, as a stamina meter keeps you in check. The resulting combat system makes fights feel more like encounters from an action game and less like on-rails scripted sequences.

Last season, Minecraft: Story Mode was light on the crafting elements; you could build some items during key story moments based on guided crafting templates, but that was about it. In addition to those moments, this episode features a sequence where you build an entire structure. Using a grid-based system and a top-down camera, you choose how to place your materials. The mechanics of placing the resources is clunky, resulting in a slow build as I attempted to get every detail just right. Though unintuitive at times, the addition of this segment is a nice surprise that makes the adventure feel more faithful to the Minecraft universe. I hope the feature returns in future episodes.

As with Telltale's The Walking Dead series, season two of Minecraft: Story Mode reads your save file (or allows you to recreate your choices) prior to the start of this episode. Though it's cool to hear nods to the choices you made in episodes from last season, few of the choices have much impact. Even though this is an old trick for Telltale at this point, it's still a delight to hear references to decisions you helped craft.

Season two sees the original characters and the all-star voice cast return... briefly. Most of the familiar faces disappear after the first few minutes (save for Jesse and one of his friends). The characters who replace them (at least in this first episode) don't have the charm of the original cast, which makes me less compelled to interact with them outside of the required dialogue. Unfortunately, the humor from season one is also greatly toned down, and the pacing drags too much in the middle of the episode as unnecessary exploration and puzzles slow the momentum the first half gains.

The excitement I had plotting my choices both through dialogue and the action scenes varied greatly. During one sequence, the game obviously wanted to steer me to create conflict between Jesse and one of his friends. However, I didn't want to be angry with the person for the decision she made. The first few dialogue options in the conversation only allowed me to have varying degrees of anger for a seemingly benign decision. This particular sequence took me out of the choice-driven storytelling fantasy pretty rapidly.

Some of the decisions I made during episode one feel like they could carry significant weight in the story to come. However, we've seen this illusion shatter in later episodes of Telltale's previous series, so I'm not ready to praise this season for following through on the company's perpetual promise of allowing us to shape our own story.

One of my biggest criticisms from the tail-end of last season was how the conflicts and arcs failed to live up to that of the Wither Storm story presented in the first four episodes of season one. Thankfully, the end of the episode one looks like it's heading toward a more epic conflict between Jesse's group and a massive adversary. That's something this series has been lacking recently, so I'm looking forward to seeing this storyline mature.

Despite its problems, Hero in Residence presents situations I want to see progress over the next four episodes. Though the pacing is inconsistent and the decision points are questionable in their weight, the new mechanics and revamped combat make me wonder what else Telltale has in store this season. Though I have my problems with this episode, I'm interested to see the direction the tale takes from here. 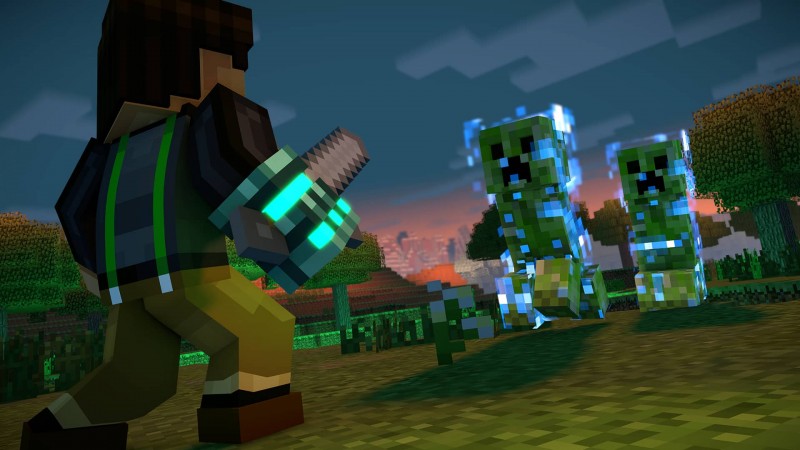 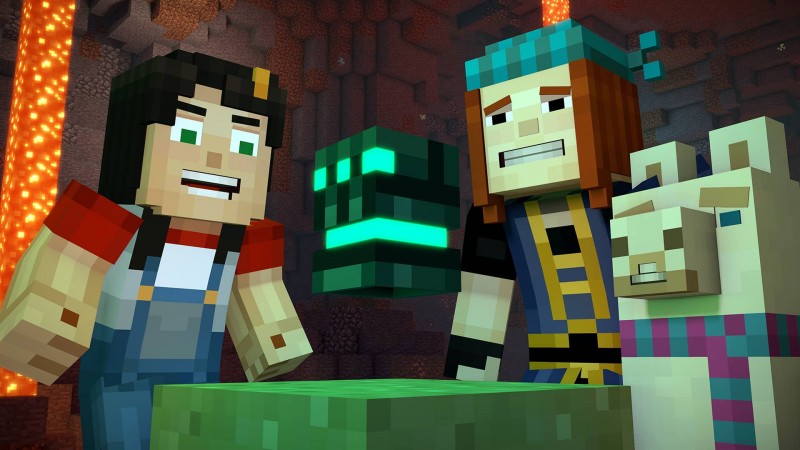 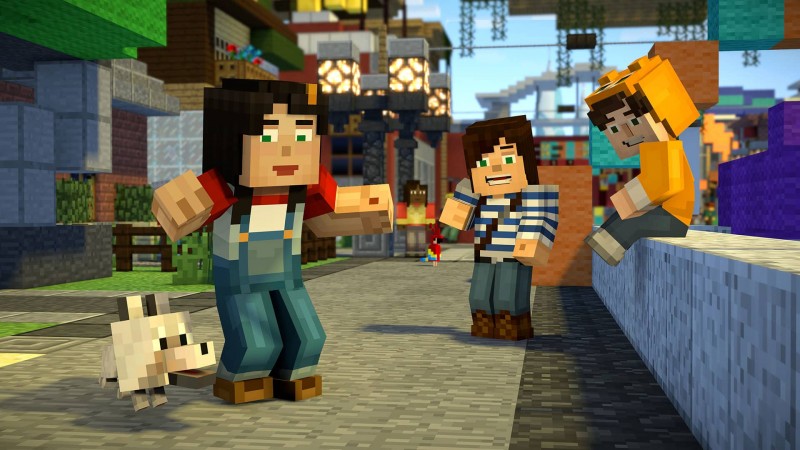 Despite its problems, Hero in Residence presents situations I want to see progress over the next four episodes.

Purchase More Info
6.75
i
Game Informer's Review System
Concept Begin a new story starring Jesse and friends from season one while meeting new characters
Graphics Telltale has continued its commitment to making an adventure game that looks like Minecraft
Sound As with season one, the voice cast is the highlight, featuring the likes of Patton Oswalt, Catherine Taber, and Ashley Johnson
Playability Improvements like more involved combat and new structure crafting make the start of this journey feel more diverse
Entertainment Though the episode falls flat in a few areas and drags in the middle, some of the story beats have me interested in knowing where it goes next
Replay Moderate