The first season of Minecraft: Story Mode introduced an immediate and daunting conflict between main character Jesse and the Wither Storm – a massive beast that consumes all in its path. Unfortunately, that arc concluded halfway through the first season, and Telltale struggled to deliver a compelling antagonist throughout the following four episodes. With season two, Telltale finds a new intimidating villain in the all-powerful Admin. The Admin carries season two throughout its five-episode run, but those episodes still have uninteresting narrative detours, arbitrary choices, and stale gameplay.

Picking up shortly after the first season, the new story begins with Jesse running the happy village of Beacontown. The utopian feel doesn't last long; the Admin attacks the town, and after fending off the assault, Jesse and friends go on a mission to find the Admin's weakness and stop him once and for all. I love that the story finds an adversary for Jesse who is seemingly more unstoppable than the Wither Storm, while also adding a layer of personality the first-season beast lacked.

The core gameplay has you control Jesse by engaging in conversations between action sequences, cutscenes, and puzzles. Though this season does a good job of providing variety in its gameplay, I feel like I was simply being shepherded to the next conversation or quick-time event.

The second season also contains tedious moments like the first season where the game dumps you into a small open area and has you talk to people and look at points of interest until you trigger the correct element to progress the story. Thankfully, these are less frequent and more concise.

This season introduces extra gameplay elements on top of the conversation trees and puzzle solving. I like the new combat, which adds a new dodge-roll evasive move, as well as a stamina meter, but I immediately enjoyed the free-build sequences. These moments task Jesse with designing a structure on a three-dimensional grid. I loved that the custom structure I crafted early on reappeared multiple times throughout the season, but it feels like the story later shoehorned these free-build moments in with little hope for players to get a second glimpse of their creations. Though I enjoyed these free builds for the most part, the tedium sinks in; I was relieved when the final episode didn't feature one.

The overall story told by season two is entertaining. Seeing Jesse find ways to stand up to the sheer power of the Admin is entertaining. Sure, convenient plot twists abound to help Jesse compete with the Admin, but that doesn't take away from the fun of the tale.

While the larger narrative is decent, drawn-out detours along the way sour the experience. One such detour that provides little payoff is stumbling upon a more primitive village where I need to compete in a menial competition to impress its locals. In addition, my least favorite episode of the season, Jailhouse Block, takes place almost entirely in a dull prison setting. Even the highlight of that third episode, which gives you a gut-wrenching choice regarding which character to leave behind, eventually proves unimportant, as the character you leave simply goes missing for an episode before returning in the finale.

The entire series falls under the same problem where it gives you the illusion of choice, but not much in way of concrete choices that truly affect how the story turns out. The note that begins each episode stating that the story caters to your in-game decisions isn't technically incorrect, but its inability to completely follow through on that promise is apparent.

With a compelling overarching narrative and more engaging gameplay, Minecraft: Story Mode – Season Two is an improvement over the uneven and inconsistent first season. I enjoy the Admin as both a character and a threat to the world, and seeing Jesse face off against him is entertaining. While the story takes unnecessary and uninteresting turns and gives you few choices of consequence. Minecraft: Story Mode – Season Two is a fine continuation for those who wanted more from Jesse and crew. 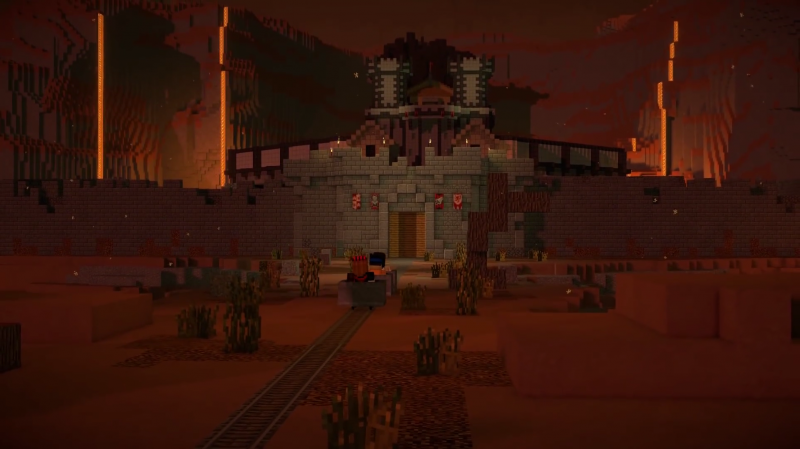 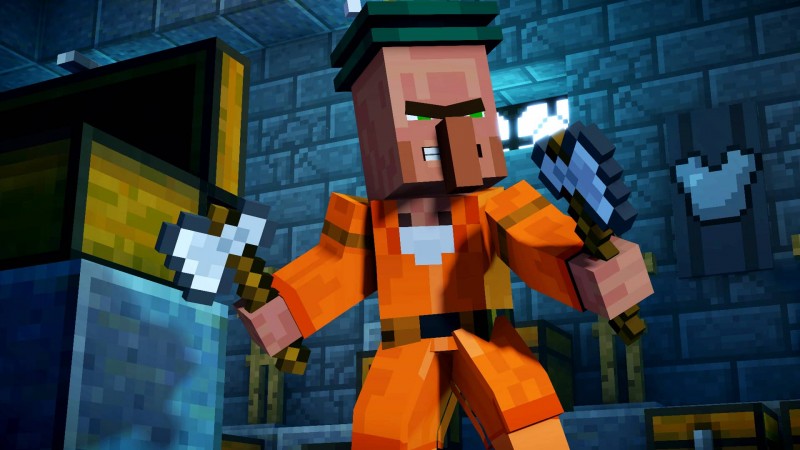 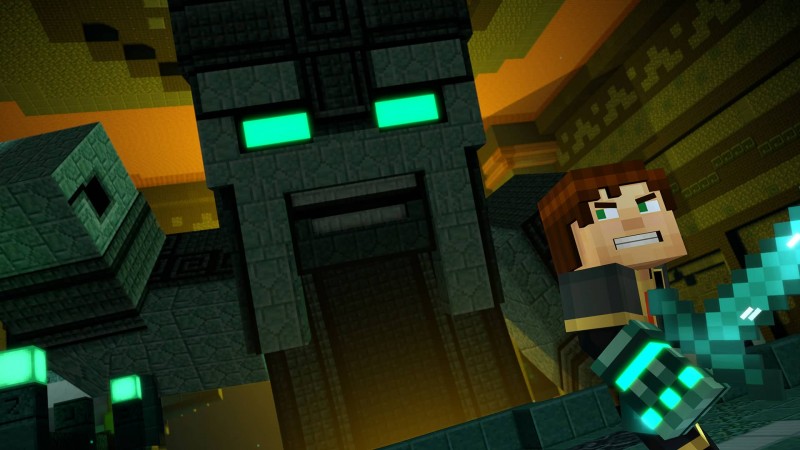 6.75
About Game Informer's review system
Concept
Continue the adventures of Jesse and friends as they face off against the omnipotent Admin
Graphics
Authentic, blocky graphics are a constant reminder that this is set in the Minecraft universe, but I grew tired of the few expressions you repeatedly see on every character’s face
Sound
The voice cast is consistently one of the standout aspects of series, and I often enjoyed the music accompanying the action scenes
Playability
Telltale’s tried-and-true formula is easy for anybody to jump into, while improved action gameplay and free-build sequences give Jesse’s adventure new folds
Entertainment
Though your choices don’t matter much in the end, and longtime Telltale players will note the trademark style getting staler, Minecraft’s second season still tells an enjoyable, albeit meandering, tale
Replay
Moderately high