The first five episodes of Minecraft: Story Mode took Jesse and friends to exotic locales all over the Minecraft world. When Episode 5 ended with the team stepping through a mysterious portal door, I had no idea where Episode 6 would take us. The answer, oddly enough, is an isolated mansion; that’s where the entirety of Episode 6 is set. This change allows for Telltale to deliver an intriguing self-contained murder mystery that changes up the pacing, but plays further into some ongoing issues from recent episodes.

The exciting introductory sequence sees Jesse and friends fending off a horde of zombies while fleeing to the mysterious mansion in the distance. This scene is a major highlight of A Portal to Mystery, as it features stylish action and fast-paced quick-time events. This is one of the shorter episodes of the series (clocking in at slightly longer than an hour), but that actually plays to its advantage. With concise storytelling, less wandering, and simpler puzzles, the story runs at a strong pace that kept my interest.

A Portal to Mystery introduces new characters that take part in the thriller alongside Jesse’s familiar crew. Rather than creating original characters, Telltale and Mojang chose to give a nod to Minecraft’s strong streaming community by casting popular YouTubers as themselves. The idea of this brand of fourth-wall-breaking initially made me cringe, but the more I played, the more it made sense.

The streamers feature their signature looks as well as the unique, quirky traits you’d expect. By including YouTubers like  CaptainSparklez and Stampy Cat, Telltale not only adds layers of fan service to this episode for its target audience, but it’s able to splash in over-the-top personalities that work well within the context of the classic whodunit formula and don’t necessarily need to continue on to the next episode. This means that many of the consequences that happen during A Portal to Mystery do so in a vacuum thanks to the presumed one-off nature of the YouTube stars, allowing for a clean, sitcom-like bow to be tied at the end without affecting subsequent episodes.

Of course, that adversely affects an area that I’ve been critical of throughout the entire run of Minecraft: Story Mode: the impact your choices have on the storyline. The number of difficult choices you need to make is less than average for Telltale’s episodes. Even when I made a tough decision, little came out of it. I even accused the wrong person of murdering the others, only to have him become one of Jesse’s better friends near the end of the tale.

Of the choices that present themselves, few have the potential to carry over and affect future episodes. Most of those choices revolve around whether you favor the regular members in your party or the new cast members, but one such choice saw the new character with the largest potential to return for follow-up episodes begging you to help them. I imagine that if that character returns, that decision point could come back to haunt players. Unfortunately, those carry-over consequences feel too few and far between for an ongoing adventure such as this. This is in line with Telltale’s recent shift to featuring more standalone adventures following the conclusion of the Wither Storm saga in Episode 4, but it still betrays much of what makes Telltale’s episodic stories so engaging in the first place.

This also plays into the fact that the feeling of building toward something big that was present in the first four episodes is still missing. With no powerful menace encroaching on the heroes at every turn, the stakes are lower than ever. Even in Jesse’s most perilous moments of A Portal to Mystery, I couldn’t help but feel that his group had easily gotten out of much worse.

Despite these flaws, I had a good time with the murder mystery format. The constant guessing game was fun; each time I thought I had the killer nailed down, a well-timed twist or new piece of evidence forced me to second guess myself. By the time the big reveal happened, I was so invested in figuring out the mystery that I had a prioritized mental list of who I thought was the killer.

Episode 6 is said to kick off a new arc that will continue through the final two episodes, but things feel fairly wrapped up within this episode, and the “Next time on Minecraft: Story Mode” segment at the end offers little explanation of where the story is heading. Regardless of my curiosity surrounding Telltale’s future plans for the series, A Portal to Mystery is a fun and refreshing episode of a series that has recently shown signs of fatigue. 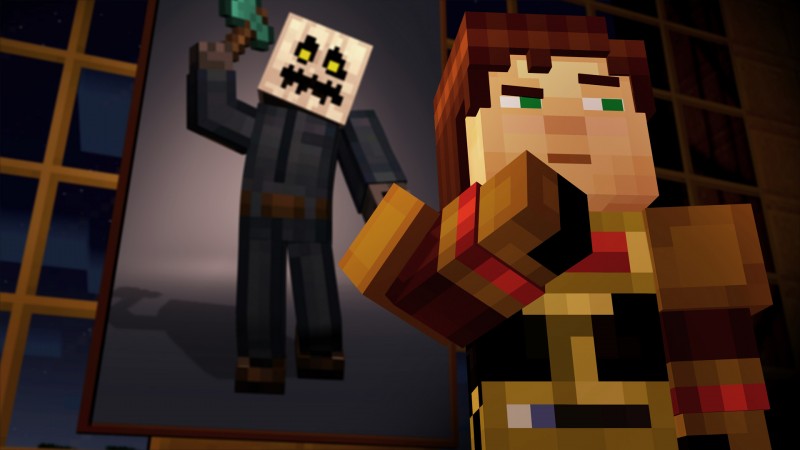 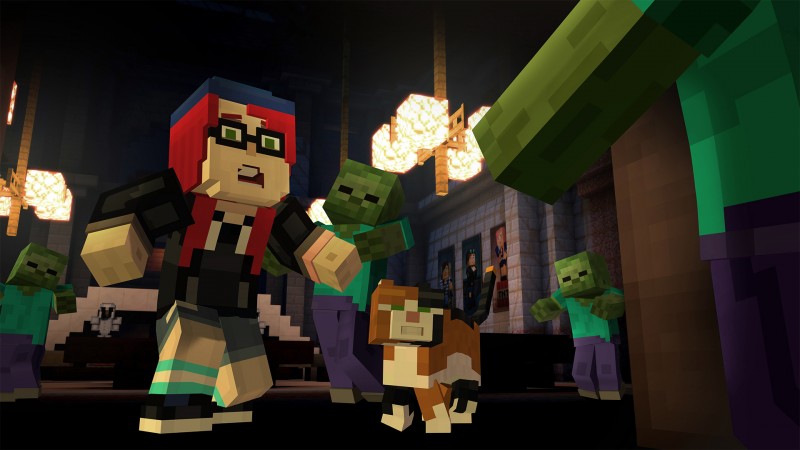 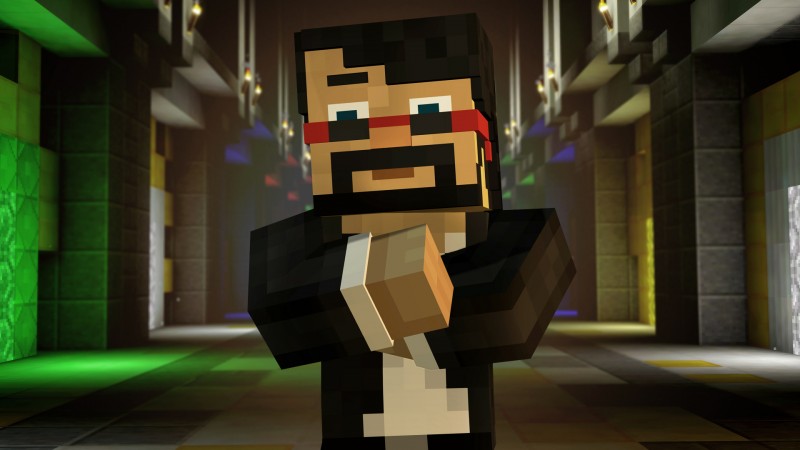 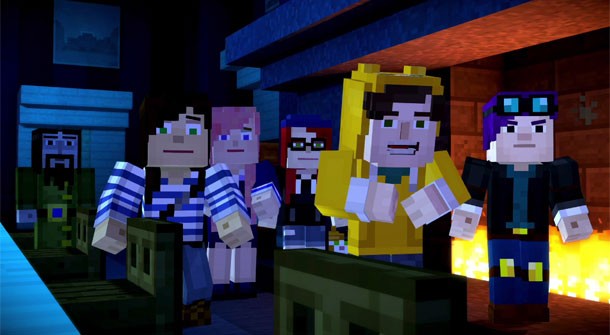 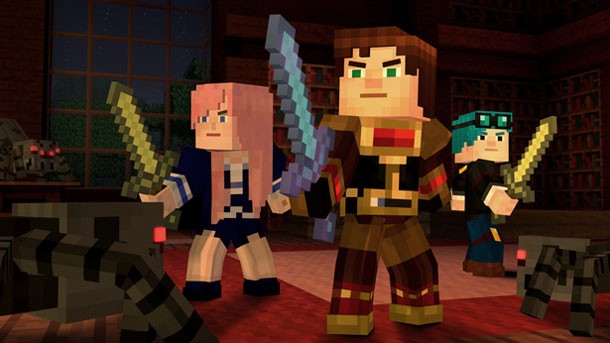 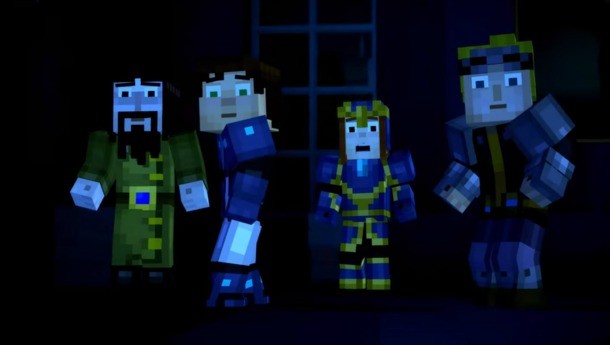 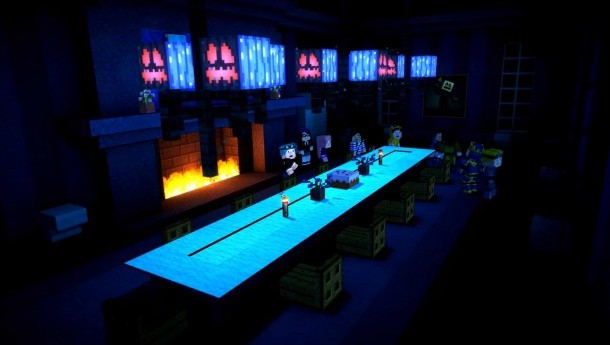 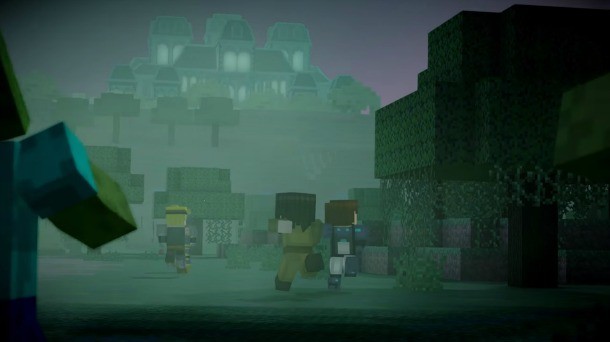 7.75
About Game Informer's review system
Concept
The adventure of Jesse and friends continues with a unique murder mystery
Graphics
The blocky characters and landscapes continue to drive home the Minecraft feel
Sound
The regular cast continues to impress, while the YouTube guest stars deliver surprisingly strong performances
Playability
The same solid point-and-click-style adventure mechanics carry through
Entertainment
Problems from past episodes still haunt this one, but the murder mystery keeps you guessing and the action scenes are exciting
Replay
Moderate