Nintendo’s Miis have been dependable company ambassadors for more than a decade. Would Wii Sports have been nearly as much fun if you couldn’t bowl with cartoon versions of your family? As avatars they’ve been utility players, gamely participating in whatever action Nintendo has thrown at them, whether it’s losing weight with you in Wii Fit, tearing up the track in Mario Kart 8, or getting smacked into space in Super Smash Bros. Miitopia shines another light on the Miis, taking the goofy characters on a lengthy RPG adventure. The silly presentation masks a number of surprisingly deep and satisfying systems, even though it ultimately wears out its welcome several hours before it ends.

The nefarious Dark Lord has magically yanked the faces from the inhabitants of Miitopia and slapped them onto monsters and other hostile creatures. Your job is to beat these baddies in turn-based battles, knocking the pilfered parts off so they can be reunited with their rightful owners, eventually taking the fight directly to The Dark Lord. This paper-thin story barely registers; it’s just an excuse to travel across Miitopia’s lands, build up your party, and meet a bunch of quest-giving weirdos. And thanks to the Mii-based foundation, many of those quest-giving weirdos (and even the Dark Lord him/her/itself) will be characters you created.

Miitopia is essentially a hybrid between the silly lifestyle sim Tomodochi Life and an old-school RPG. You build your four-person party from scratch, and then assign them a job type and personality trait. It’s simple but effective, and I was able to quickly come up with a close-enough representation of my family, calling out my youngest son’s high energy levels, my wife’s affinity for cooking (chefs are just one of the game’s unconventional classes), and my (ahem) stubborn nature. If you aren’t feeling creative, you can also import a wide array of user-made Miis, which are often hilarious and unexpected. As my party grew, it included characters like John Cena, Pac-Man, Soldier 76, and the guy who appears on the Pringles can.

The action bounces between turn-based combat, followed by quick rest stops at the inn. These home bases are a place to upgrade equipment, feed Miis stat-enhancing food, and play minigames. They also have several rooms, and you choose where your characters bunk for the night. Roommates increase their affinity toward each other, which affects how they later perform in combat. Characters might warn their friends of an incoming attack, or hit extra hard in an attempt to impress their buddy. It cuts both ways, though. Later, I changed to a tank class (literally a tank, with a turret for a hat), and one of my abilities was to fire a friend at the game's goofy enemies in a human-cannonball attack. Blast your friend enough times and – surprise, surprise – the relationship suffers. Fortunately, rifts are only temporary. I got a kick out of these in-combat bonuses, and the friendships can also generate silly and often-surreal skits reminiscent of the oddball Tomodachi Life.

The friendships are a real boost for the combat and keep it from feeling too simple. There are a lot of different jobs to pick from, including traditional roles such as mages and fighters, and also weirder picks like pop singers and cats. You gain levels at a nice pace, adding new abilities that further keep combat fresh. Unfortunately, the story breaks up your party at several points, forcing you to recruit (and create) new members and start from scratch. While I ultimately appreciate seeing what the different jobs offer, beginning anew is a bummer – even if the self-aware writing makes fun of its frequency.

The auto-battle feature is a lifesaver, taking over combat for those times when I got tired of tapping through menus and preferred watching instead. I don’t know if I would have had the patience to beat the game without it. The excessive length is my biggest complaint about the game; without a particularly engaging story, Miitopia doesn’t have enough content to justify an adventure that drags on for several dozen hours. In-transit dialogue starts repeating almost immediately, and you see most of the interstitial animations and sequences several times over. Travel speed in dungeons is also slow, and you spend entirely too much time watching characters creep along a line on a map, waiting for the next battle. Little things like a roving quizmaster and silly quest text help inject novelty over the long haul, but a healthy trim would have helped overall.

There’s a lot to love about Miitopia, even though I was fatigued during the last several hours. I enjoy games like The Sims, where you can create characters and watch their personalities interact in unexpected ways. That element is abundant here, along with the mechanics of a respectably deep RPG – regardless of whether you enlist Pringles Guy. 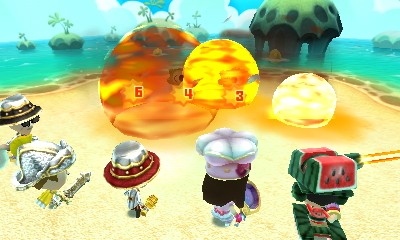 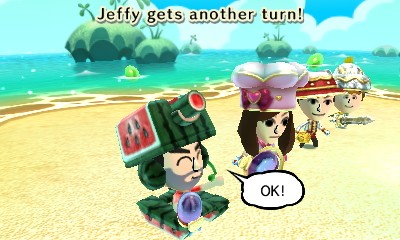 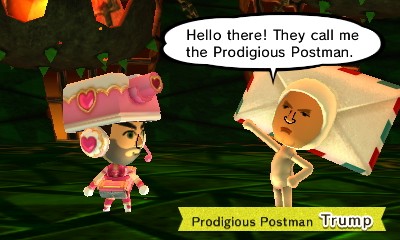 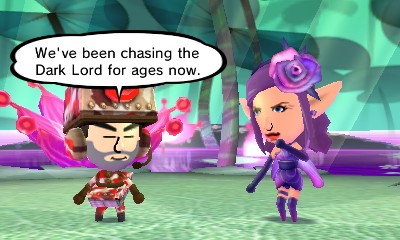 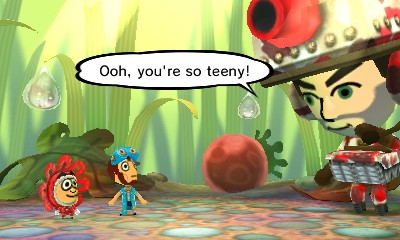 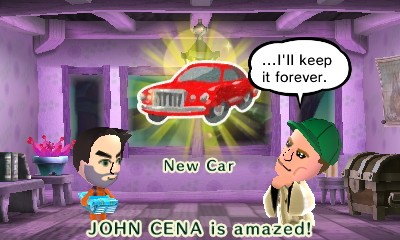 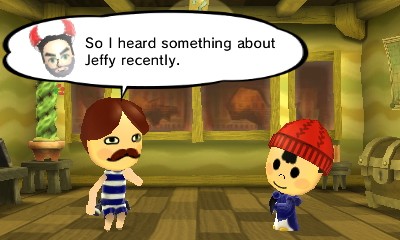 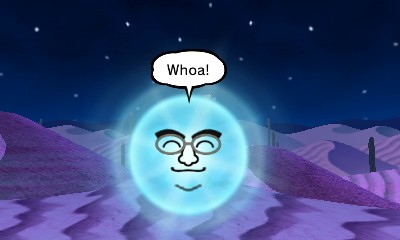 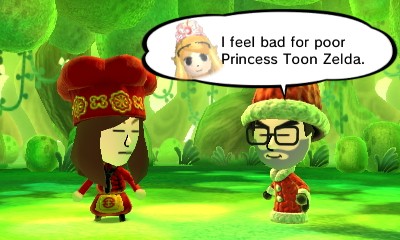 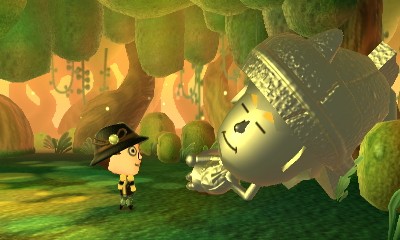 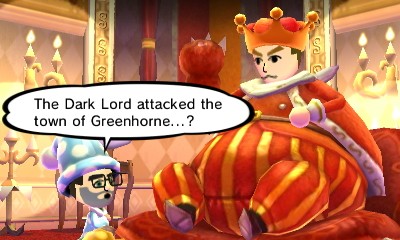 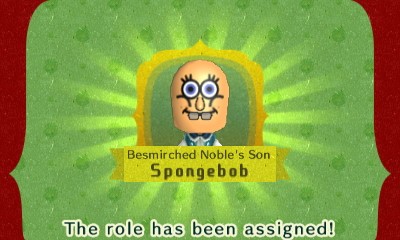 7.5
About Game Informer's review system
Concept
Take a party of Miis on an RPG adventure, giving them a variety of standard – or silly – jobs and personalities as they fight to restore peace
Graphics
You like bright colors? Are you into Miis? You’re in luck. The visuals won’t melt your 3DS, but they’re adequate
Sound
The Miis' squeaks and chirps are a fun accompaniment to the bouncy score
Playability
Menus are easy to navigate, and the auto-battle system is ready to take over combat duties if you just want to watch the action
Entertainment
Systems outshine any real storytelling in this oddball RPG. Creating characters based on your friends is a silly way to enjoy this long ride
Replay
Moderately low