Ubisoft’s latest attempt to make something of its Might & Magic Heroes franchise follows in the footsteps of the original Heroes VI release. I still mostly approve of the changes to the core design. Units are grouped together into armies with wonderfully distinct identities and playstyles, especially the fantastic new dark elf faction. The campaigns, however, are badly wounded if not outright killed by the free armies the AI continually spawns in some of the worst cheating the strategy genre has ever seen.

This expansion requires the core game to play, and as such, has few surprises. Mines ship their resources to your stores every day, cities produce troops every week, and ever more powerful heroes lead them across fantastical landscapes to conquer rival kingdoms as others defend against enemy incursions. The tactical battles are excellent examples of the concept, pitting standard and unique fantasy troops against one another in a wide variety of conflicts. Avoiding attrition when chewing through the neutral armies that guard the treasure you need to fuel your war machine is one thing. Coming out victorious against a hero-led enemy stack with half again as many troops as you command is quite another. Heroes VI gives you all the tools you need to enjoy heroic victories against brutal odds with its delightful mix of unit special abilities, hero spells, and varied terrain.

Shades of Darkness is worth it for fans just to take the reins of the new dark elf faction, which exemplifies much of the good in Heroes VI’s design. Based on the dungeon army of old, dark elves hit fast and hard while struggling in stand-up fights. The faction’s special stealth ability, combined with two strong core ranged units, allows dark elf players to dish out an absurd amount of damage in devastating alpha strikes. Assassins, the other core unit, start invisible and avoid retaliation while getting large damage bonuses when attacking from the shadows – both enormous advantages well worth putting up with their low defense. Controlling a dark elf army is like being a sniper in a shooter: great when the fights go your way, but painful when caught out of position.

The campaign attempts to tell a story about elven exile and demonic invasions, but the awful voice acting and terrible cinematics are too much for the mediocre boilerplate fantasy script to overcome. More importantly, the strategy of conquering a map – the central joy that the franchise has revolved around since its inception – is twisted into an unrecognizable shadow of its former glory by the massive AI cheating. I’m generally not one to complain when the AI needs a boost to provide a challenge (I’ve been happily taking on uneven playing fields in Civilization since the ‘80s), but the huge obvious piles of free troops in Heroes VI is a bridge too far.

The availability of units to recruit is the primary limiting factor for expansion and eventual victory in Heroes VI, as it always has been. Minimizing the attrition your forces suffer is as important as winning epic sieges. Overextending your main force and seeing it defeated or even badly wounded often spells defeat. The AI doesn’t suffer this limitation in Heroes VI (or Shades of Darkness), since it conjures full armies from nothing at what appears to be scripted intervals. The AI not having to play by the same rules sucks much of the joy out of executing a strategic coup, like baiting an enemy into breaking his massive army against your castle walls in a Pyrrhic victory only to be crushed by your main hero coming back from the frontlines. Instead, each campaign map is a race to find the correct path to your objectives before you’re worn down by the enemy. Some of the maps are entertaining despite this awful tradeoff, and individual battles can still be fantastic and rewarding encounters, but the larger strategic picture is a disaster.

Taking the dark elves for a spin in skirmish mode is a better option, but the AI also fails to put up much of a fight there, and Heroes VI still suffers from a dearth of skirmish maps to conquer. Multiplayer, so often the savior of mechanically well-designed but poorly scripted games, is an afterthought at best in this turn-based strategy.

Shades of Darkness is a fine addition for fans of Heroes VI, but I cannot recommend it without the serious caveat of rampant AI cheating and a sad sigh for a game that I want to love more than I do. 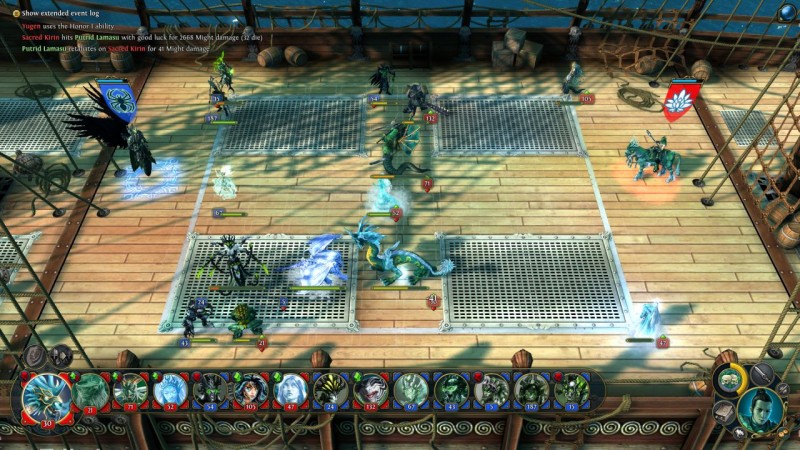 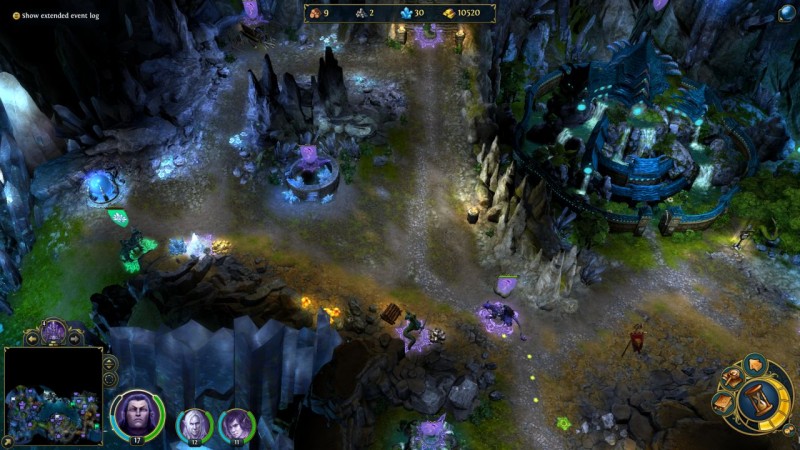 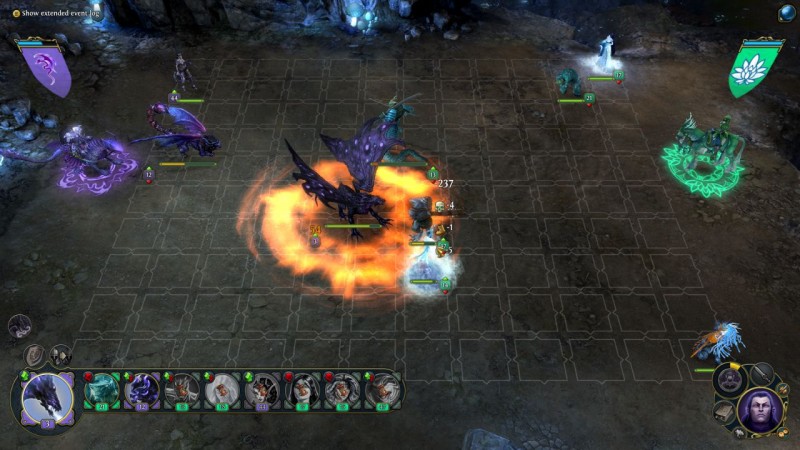 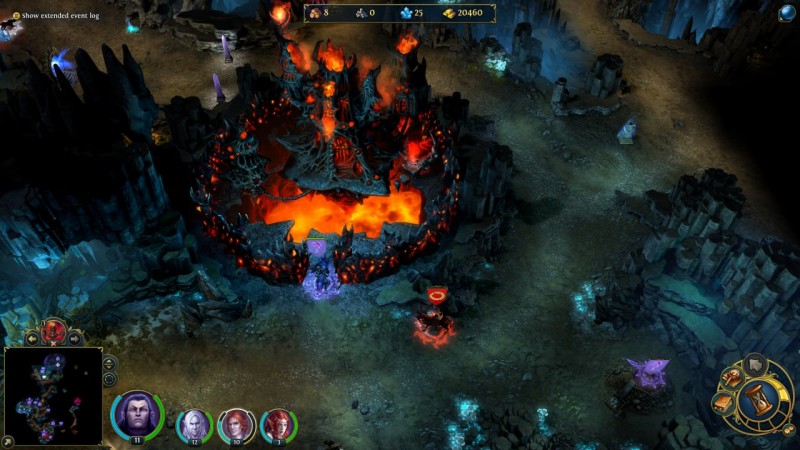 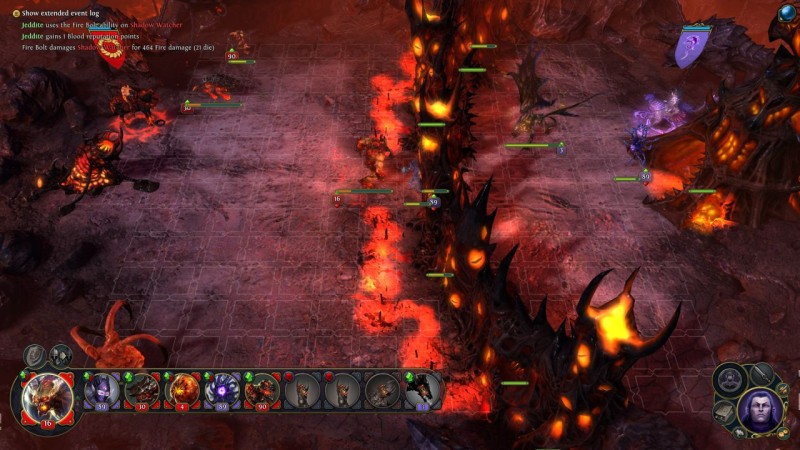 7
About Game Informer's review system
Concept
Add the dark elf faction (patterned after the fan-favorite dungeon faction) into the latest Heroes game
Graphics
The colorful art and smooth animations are pretty, but the models don’t hold up in the close-up views of the awful in-engine cinematics
Sound
The soundtrack is no Heroes II or even Heroes III, but it gets the job done in an inoffensive fashion
Playability
The majority of the interface does a good job at surfacing the information you need. Digging through unit info cards to learn their special abilities is a pain
Entertainment
These campaigns are better than most existing Heroes VI storylines. The AI generating entire free armies out of thin air to maintain a challenge still sucks most of the fun away, though
Replay
Moderately Low