Middle Manager of Justice falls into the, “wait for things to happen,” genre of mobile gaming, where there isn’t much gameplay, but there is a lot of perceived reward. As the middle manager, it is your job to train super heroes and send them out into the crime ridden world to take care of business. Along with beating up criminals, your heroes will also stop runaway buses and rescue people from burning buildings.

At home base you can tell heroes to train, learn new skills, rest, and take time off to boost morale. Later in the game you can also have them research new equipment and health items, and do paperwork to help increase profits. Despite the variety of tasks, none of them are interesting to perform. Every task you send the heroes out to do is on a timer. Compared to other mobile games in the same genre, the time it takes to complete tasks is sped up dramatically. With the exception of a few late-game special abilities that can be learned, nothing ever takes more than a few minutes.

Middle Manager forces you to acknowledge every achievement, regardless of its impact or lack thereof. There is a checklist of small tasks to be completed, like, “stop five runaway buses,” but you don’t officially complete them until you enter the checklist and acknowledge their completion by tapping it with your finger. The same goes with money collected from towns that are pleased with your protection. You have to go to the map and collect the money manually. These things could have easily been relegated to automatic collection, but Middle Manager wants to hammer into your skull that you are earning things. It’s as if the game wants to show you that there is a carrot, and then remind you twice that you finally grabbed the carrot, even though the carrot is disappointing.

Middle Manager’s presentation is where it wins the most points. The character and villain designs are charming, and the banter between manager and heroes (and heroes and villains) is consistently clever. It pokes fun at the office space lifestyle, and the clichés of the superhero genre. The dialogue does get repeated from time to time, but not so much that it loses its charm.

The big problem with Middle Manager is that it feels hands-off, but still demands your attention. The closest you get to interactive gameplay is the ability to select special abilities during battles. You can tap the icon to activate Surge Protector’s laser eyes, but other than that, you are strictly a spectator and the fighting just happens on its own. You are constantly rewarded, but nothing you get ever feels like a worthwhile achievement.

Bug squashing
In my early sessions, I ran into a bug where my heroes’ timers would not expire when I was away from the game. This meant I basically had to be present and playing the game in order for characters to perform their mundane tasks.  An update for the game became available shortly after release and it appears to have squashed this bug, along with a few others. If you downloaded Middle Manager right when it released, make sure to add the update as soon as possible.
Off
On
Off 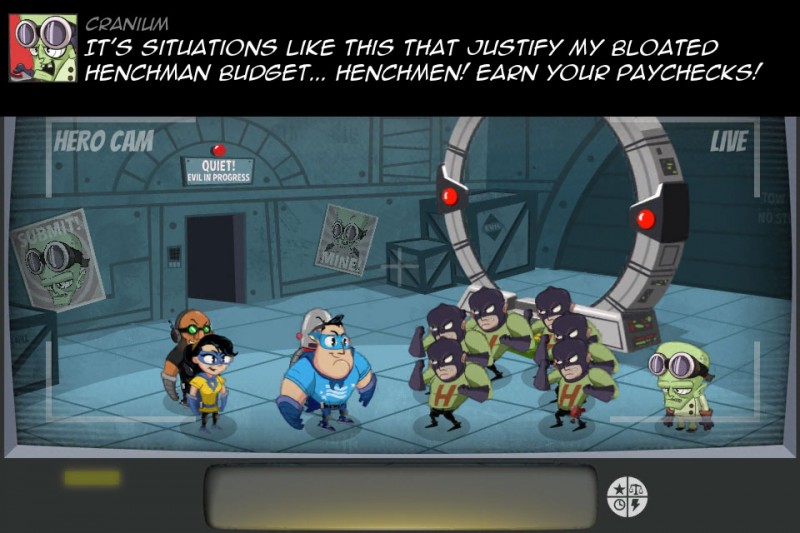 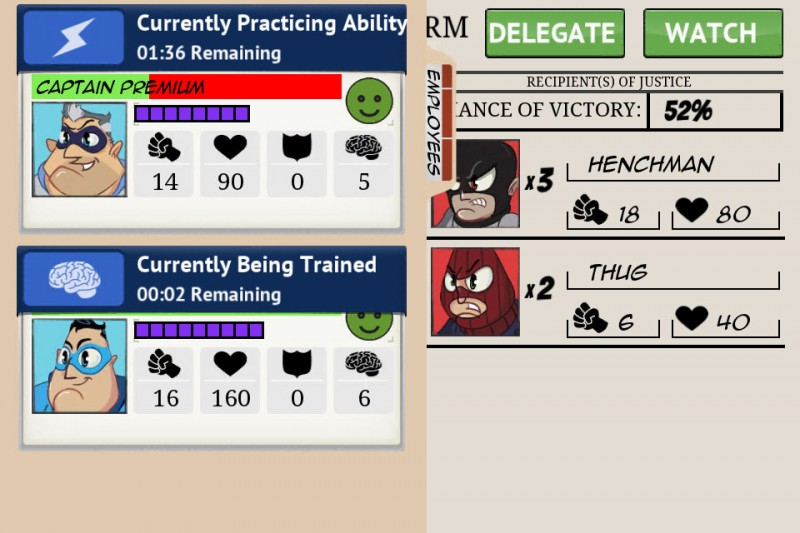 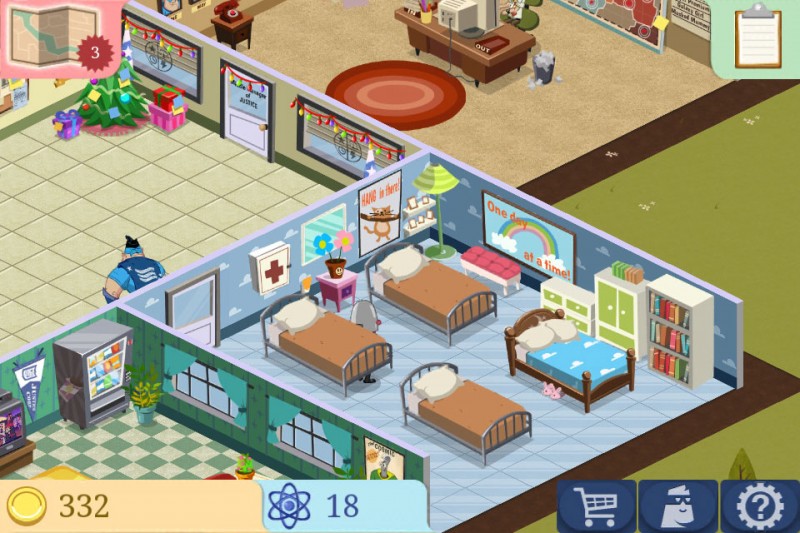 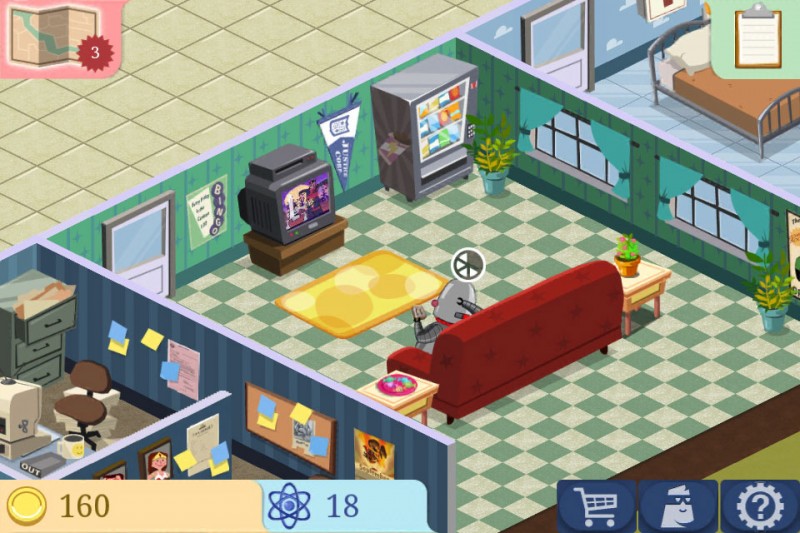 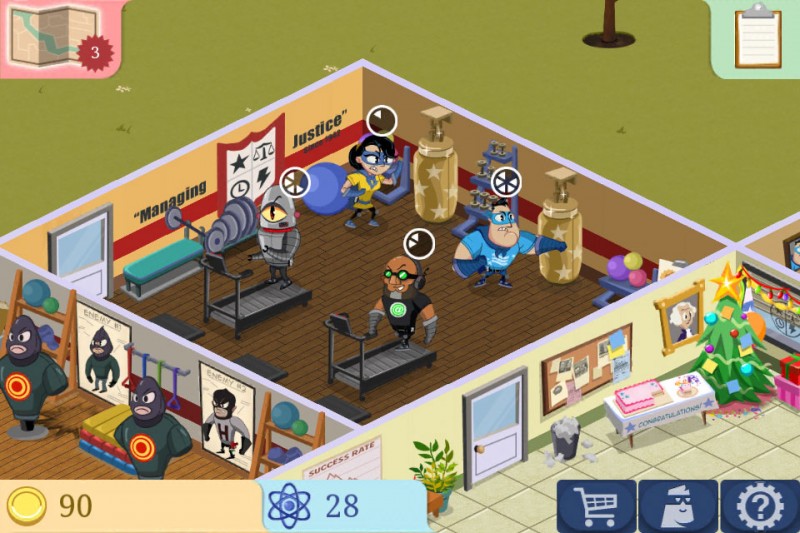 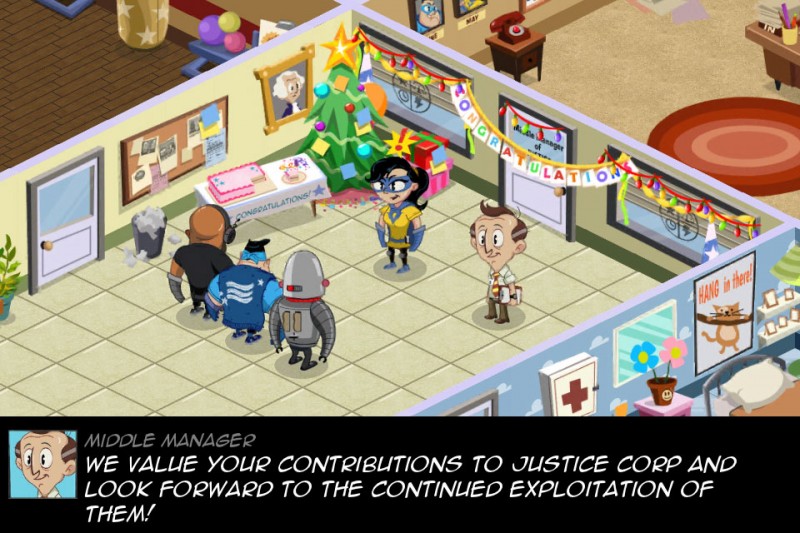 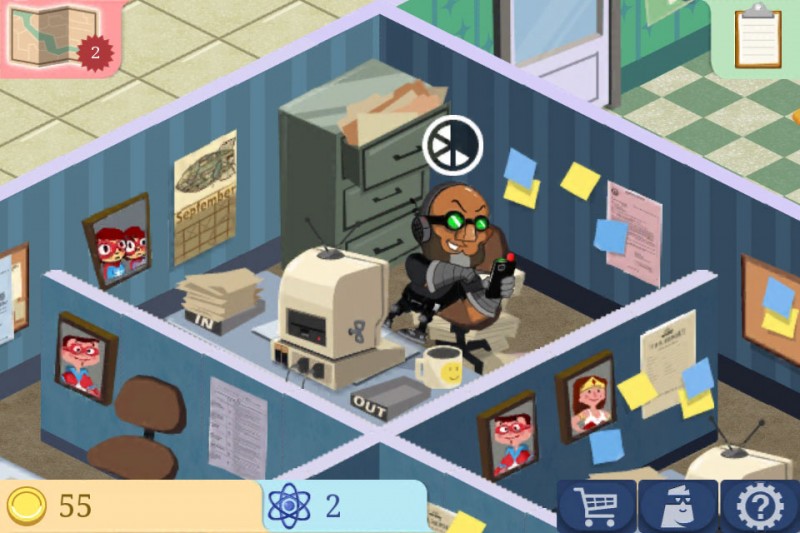 6
About Game Informer's review system
Concept
Get super heroes to do all the dirty work for you while you keep your hands clean behind a desk
Graphics
Simple characters and animations make it all very charming
Sound
The music is built with high-quality orchestrations, but it rarely feels like much more than background music
Playability
Frequent interface issues hamper the game, but nothing that makes you want to chuck your phone out the window
Entertainment
Funny dialogue spices things up, but mostly you’re just waiting for one meter to expire so you can begin to wait for another
Replay
Moderate