At The Intersection Of Fun And Frustration
by Brian Shea on Aug 19, 2016 at 12:20 PM
Publisher: Nintendo
Developer: Next Level Games
Release: August 19, 2016
Rating: Teen
Reviewed on: 3DS The announcement of Metroid Prime: Federation Force garnered significant backlash from fans of the series. With nary a mention of the oft-requested 2D Metroid game, many saw Federation Force - a four-player cooperative first-person shooter for the 3DS - as a slap in the face and refused to accept it as a true Metroid title. While those complaints are justified, Next Level Games overcame the scrutiny to release a spin-off title that is enjoyable most of the time.

In the latest Metroid Prime game, you're cast as a new recruit to the Federation Force, an elite intergalactic group devoted to ridding the galaxy of impending threats. The campaign consists of traveling between three unique planets and completing bite-sized missions that tie into the Metroid Prime universe. The 22 missions range from clearing out a base of space pirates to progressing through a level full of sphere-based puzzles. Unlike most Metroid games, there is little emphasis on exploration or upgrades, setting Federation Force apart as a definite spin-off.

Each mission provides a different challenge, but Federation Force is at its best when you're blasting through a room full of baddies. I've always had an aversion to shooters using the 3DS controls, but Federation Force employs a strong lock-on system combined with motion controls to pick exactly what part of the target you want to shoot. Even at great distances I could lock onto enemies then target their weak points by tilting the 3DS system.

The only times the lock-on system failed me were rare occurrences when several enemies and points-of-interest were on-screen at the same time and the system had a hard time deciding which one I was trying to target. An alternate control configuration exists that lets you use the C-Stick of the New 3DS models for aiming instead of the motion controls, but it's much less precise.

Though the missions are diverse and the mechanics are sound, the experience is hindered by the lack of checkpoints. That means if all players die or the objective fails, you must play it again from the start. In many missions this isn't a problem, but some contain longer boss fights with subsequent battles, and the lack of a save point is enraging. In a later mission, I had little problem dispatching the multi-stage boss, but the difficult area following that boss battle caused me to fail out repeatedly. Each time I failed, I had to face that long boss battle before getting to the difficult part. Another mission required that I ride a slow-moving cart through an enemy-filled stage before facing an all-out assault that destroyed the precious cargo on the cart and forced me to restart the level.

When you combine the lack of a checkpoint system with the sheer challenge of the missions, the game is not ideal for solo players. Federation Force is an experience best played with friends, but the game sometimes gets in the way of letting that happen. To play with another person, each player must be on the level that you want to play on their individual save files. This means if you're stuck on mission 20 and want your friend who just got the game to help you out, you need to wait for them to catch up before they can help you progress.

When I wanted to power through a mission by myself, I needed to use the equipment systems to my advantage. Before each mission, you can equip modifiers and auxiliary weapons to your mech's slots. The mods range from armor plating and increased missile payloads to even one that auto-revives you upon death. The special ammo uses an inventory system to let you bring things like missiles, repair kits, decoys, and elemental weapons into the mission. You can also activate autonomous combat drones to help you, which I found necessary on harder missions. While this system doesn't quite deliver the variance of the arsenal of a standard Metroid title, I enjoyed reconfiguring my mech each mission to try and optimize it for the situation at hand.

Outside of the main campaign players can tackle Blast Ball, a three-on-three soccer minigame with the objective of using your blasters to push a giant ball into your opponents' goal. This mode puts the shooting mechanics to good use, and while you won't find much depth, it's fun to step away from the main game to play some quick rounds and it can even be played locally with friends who don't have their own copy of the game using Download Play.

If you're interested in Federation Force, I recommend verifying that someone you know is also planning on buying it. It's not impossible to beat by yourself, but it's more fun to play alongside someone else - especially when you can do so locally.

Metroid Prime: Federation Force features strong shooting mechanics, diverse missions, and a high level of challenge, but the frustrating matchmaking infrastructure and lack of checkpoints prevent it from truly achieving the greatness of its namesake. 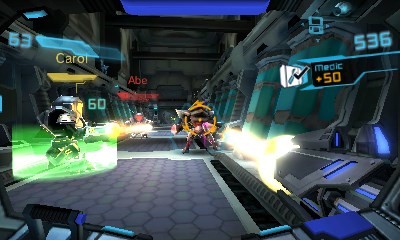 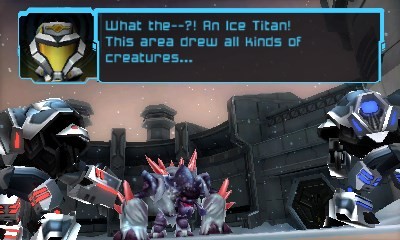 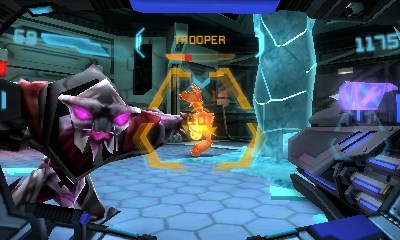 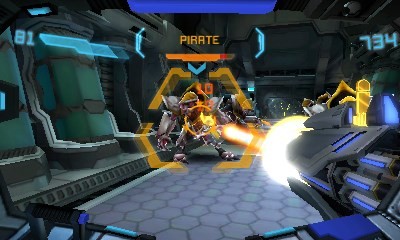 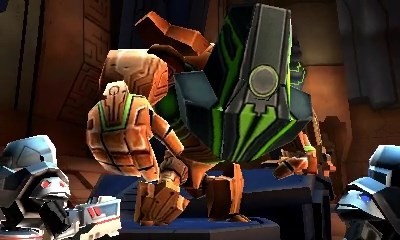 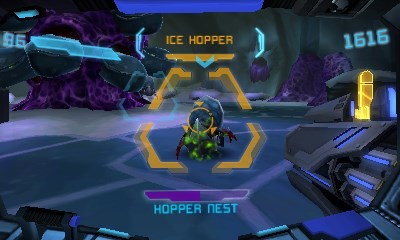 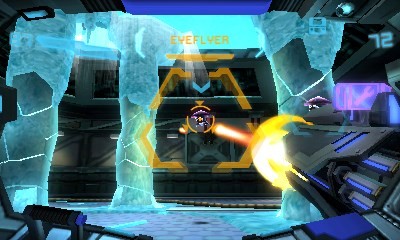 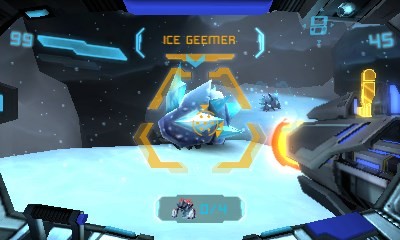 Can this spin-off title live up to the greatness of its namesake?

Purchase More Info
7
i
Game Informer's Review System
Concept Step into the shoes of a new member of the Federation Force as you blast your way through a series of first-person missions set in the Metroid universe
Graphics The character proportions give it a cartoony feel, but the visuals are crisp for a 3DS game and the framerate is consistent even with a lot happening
Sound The music doesn’t stand out, but the satisfying sound of collecting a secret mod or blasting an enemy away made me keep the volume up
Playability Federation Force is challenging and the lack of checkpoints detract greatly from the experience, but the shooter mechanics are some of the best of their kind on the 3DS
Entertainment Though riddled with frustrating sequences, the campaign is fun to play through solo or with friends, and Blast Ball is a fun distraction
Replay Moderate