When I saw the debut trailer for Metroid: Other M at E3 2009, I had the same reaction as many fans. I was nervous about another big change to the series I love so much, but mixing the exploration and atmosphere of Metroid with the tight acrobatic action of Team Ninja’s Ninja Gaiden series seemed like a very possible win -- you know the old cliché about two great tastes that go great together. Unfortunately, this combination proves sour.

To begin with, Metroid’s signature sense of isolation on a harsh, alien planet is largely absent since Samus is no longer running solo. Shortly after boarding a derelict space station, she meets a crew of Galactic Federation soldiers, and -- surprise! -- she has a secret history with several of them. These new allies could have presented a forgivable way to mix up the Metroid formula, but they end up having a negative impact on almost every aspect of the game.

Samus ends up working together with the crew, which makes sense. However, in a totally absurd decision that doesn’t work well for her character, she decides to follow the orders of commanding officer Adam Malkovich. Although you supposedly begin Other M fully-powered, Samus will not use her variety of missiles, advanced guns, or armor upgrades until Malkovich authorizes it. I refuse to believe that a badass bounty hunter would refuse to activate her armor’s heat-resistant Varia suit as she marches through the heart of a volcano with her health constantly draining -- an actual scenario from the game.

You’ll run into situations like this again and again, where a super missile or grappling hook would allow you to progress, but instead you’re given orders to turn around, knowing you’ll have to backtrack later. It’s like Team Ninja wanted to prove that they could come up with a more contrived way to lock down your powers than the average Metroid game where you just lose them in the beginning sequence.

On the other hand, maybe Samus is happy not using her full range of weaponry, because it’s kind of a pain to do so. Since control is limited to a single Wii remote, many of the game’s encounters boil down to running in a circle, charging up your gun, and shooting over and over until the enemy dies, praying that the game’s dodgy auto-targeting works. Aiming at the screen with the Wii remote takes you into first-person view, which is the only way you can shoot missiles. Unfortunately, this also takes away your ability to move. If the developer thought that frequent, jarring switches to first-person to shoot off a few desperate missiles before you get attacked is a fun gameplay mechanic, they were wrong.

The combat isn’t the most painful part of Other M, though; that award goes to the stilted dialogue in its many overlong cutscenes. Instead of the subtle, effective storytelling of Super Metroid (which Other M follows in the Metroid timeline), you’ll get cinematics that look beautiful but often run as long as 15 minutes, exhausting players with repetition of obvious plot points and overwrought dialogue as mature and interesting as a teenager’s diary.

The biggest culprit in the bad storytelling is Samus herself. She has a constant running narration, which makes the whole experience feel unnecessarily expository. I assume it’s meant to lend her emotional gravity, but the soulless voice acting and ham-fisted writing make that impossible. Even worse, Samus often comes off as an idiot. After one supporting character has clearly established that the space station has been doing biological weapons tests, Samus asks, "Do you think they were doing biological weapons tests?" Later, in her internal monologue, she again reiterates this confirmed fact we learned just 20 minutes ago.

If that’s not enough to make her unlikable, her attitude toward the Galactic Federation soldiers is. When she’s not blindly following orders for no discernible reason, she becomes a spoiled brat. One major flashback revolves around how Samus became known as the soldier who would give thumbs down during mission briefings. Who does that?!

Late in the game, once Samus unlocks all of her abilities and begins meeting more familiar faces from the series, I experienced fleeting moments where it all clicked, and I saw glimpses of how great Other M could have been. But an hour or two of less painful gameplay can’t make up for the bad design choices at this game’s core. It especially can’t make up for what Other M has done to Samus as a character. She’ll forever be trapped in my mind as a whiny, talkative child who is too willing to give up her freedom and too petulant to be likable. Metroid: Other M is the most disappointing Nintendo release in quite some time and a blemish that isn’t likely to be forgotten on an otherwise superb franchise. 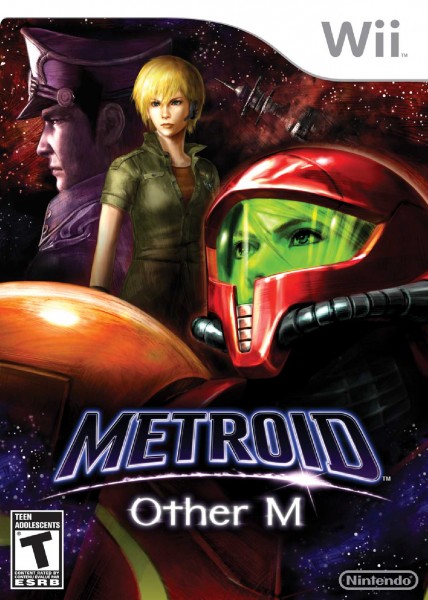 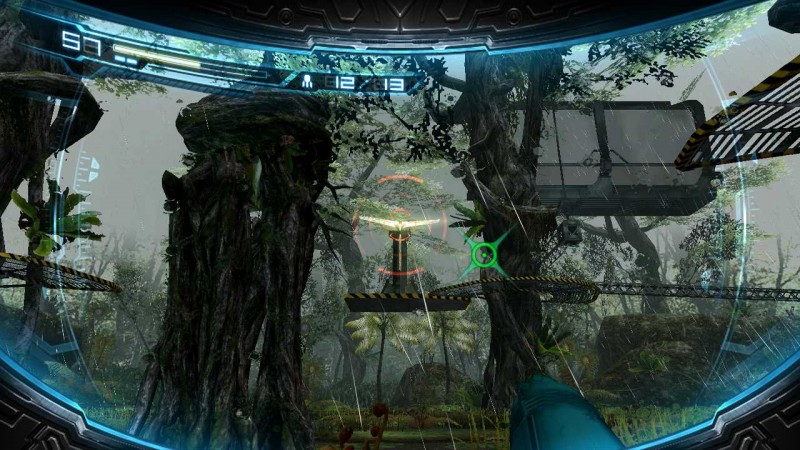 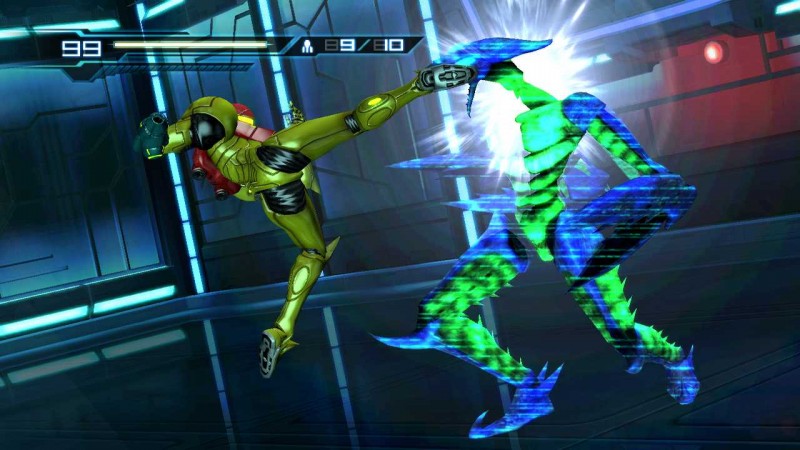 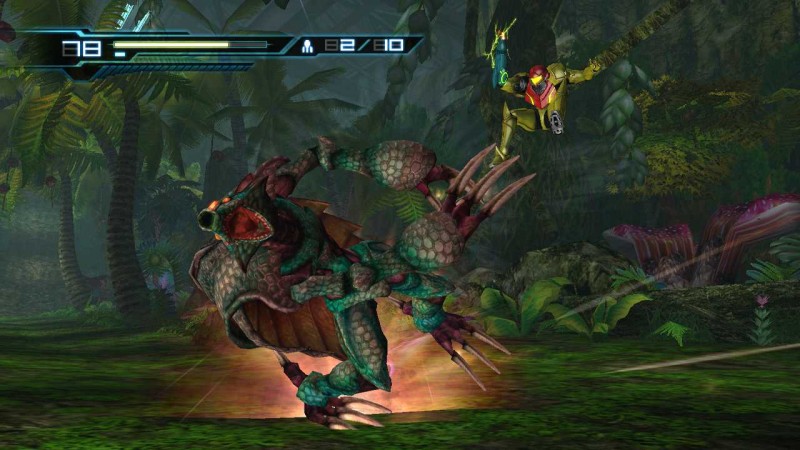 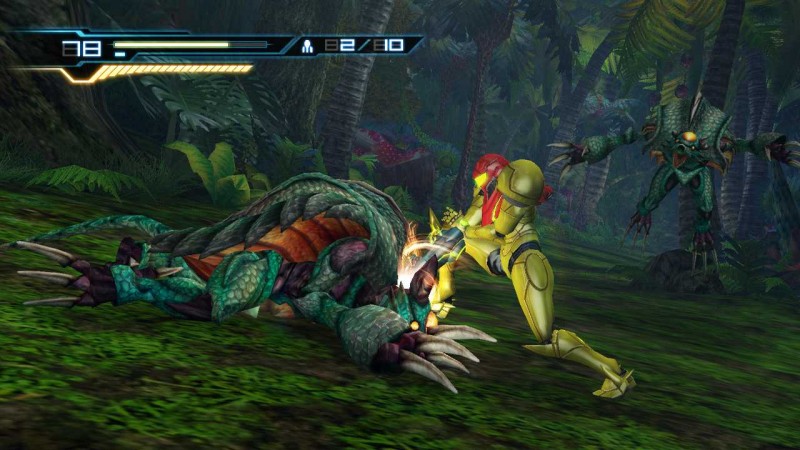 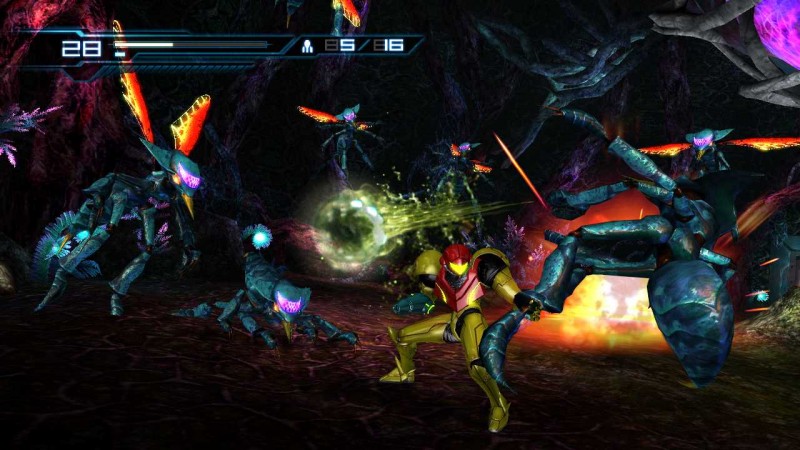 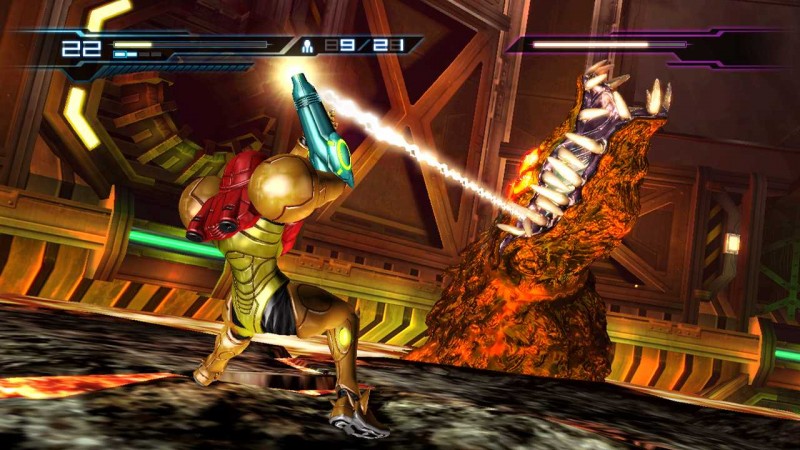 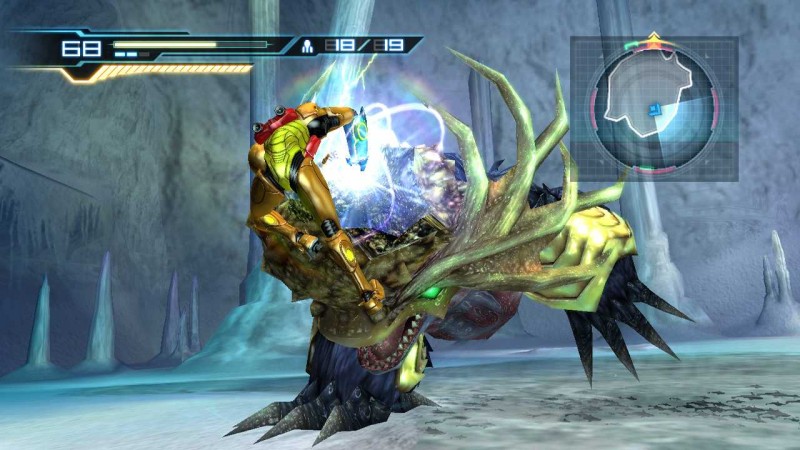 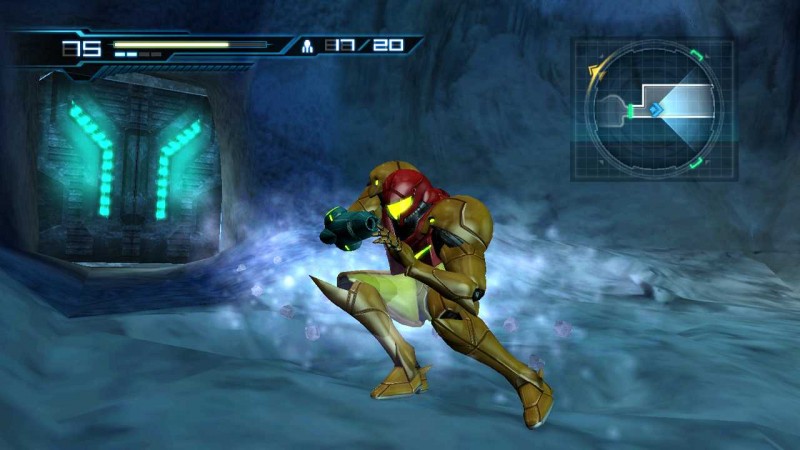 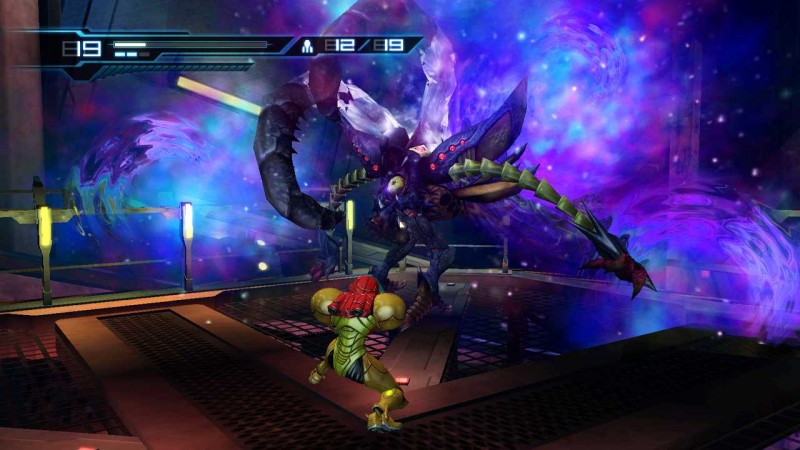 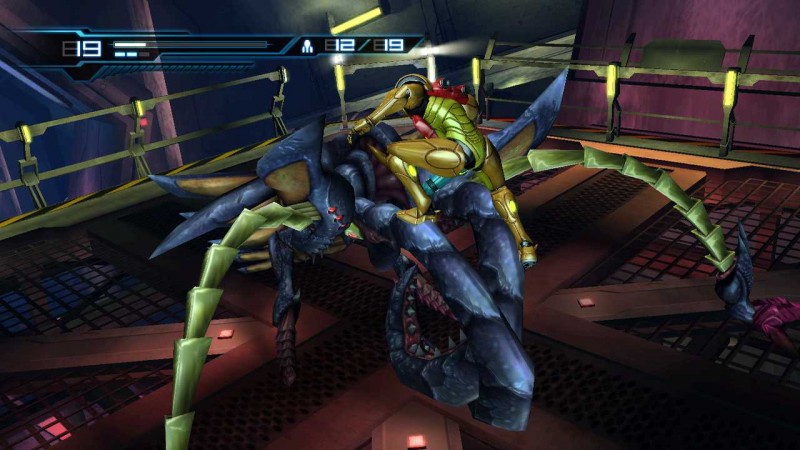 Off
On
Off
Off
On
Off
6.25
About Game Informer's review system
Concept
Metroid’s exploration and upgrades meet Team Ninja’s fast-paced action gameplay -- oh, and drama
Graphics
Some interesting environments and unique creatures balanced by rough character models and animation. Still, one of the best-looking Wii games
Sound
Classic Metroid sounds and music will bring you much closer to the franchise’s greatness than the gameplay
Playability
It can be fun once you’re all powered up, but switching to first-person to shoot missiles is always clumsy and annoying
Entertainment
Most gamers will find more enjoyment in mocking the overacted, overwritten cutscenes than playing the game
Replay
Moderate 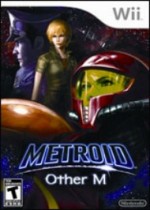