Metal Gear is a member of video gaming’s old guard. It has been consistently popular since its inception in the ‘80s, which is a rare distinction it shares with revered names like Mario and Zelda. Unlike its peers, Metal Gear has been telling a continuous story the whole time – a major strength and a strange weakness all at once. Invested fans adore the series for its narrative just as much as its tactical espionage action, but the sprawling story makes it intimidating for newcomers. Metal Gear Solid V: The Phantom Pain is different; it puts the saga of Big Boss and his sons in the background, emphasizing dynamic gameplay and a player-directed approach to progression.

The story is still important, but it isn’t the driving force in this installment. As Big Boss, you build an army and work against a villain named Skull Face (introduced in the MGS V prologue, Ground Zeroes). The premise of building Big Boss’ legend is interesting, and it evolves to include compelling and unexpected themes that I won’t spoil. However, Kojima Productions’ decision to offload key story information into optional audio logs means that major developments can occur without necessary context, only letting you learn more about them after the fact. As a longtime series fan, I would rather deal with a few more cutscenes than spend hours listening to audio tapes to get the proper background. Though all of the information comes together eventually into a tale worthy of the Metal Gear name, the ending didn't satisfy me, presenting few answers and a lot of questions.

The hands-off approach to storytelling is disappointing, but it also makes room for other elements of the game to step to the forefront. Without frequent interruptions for exposition, you’re free to immerse yourself in the addictive mission-based structure. You are presented with a staggering number of missions (split into story-critical and optional categories), and you plan and execute a series of operations at your own pace. The freedom is great, letting you choose the activities and rewards that interest you. Extracting valuable prisoners, stealing resources, sabotaging communications – each type of mission has a different flow. Getting into a rhythm is easy and fun, and you won’t run out of content quickly. I finished the game around the 45-hour mark, and I still have a wealth of things to do.

The transition to an open world is generally smooth, though getting around isn’t as easy as it could be. One fast travel system is buried and not clearly explained; You have to grab vouchers from certain shipping areas (which are not marked on the map until you find them), then get in your cardboard box to get shipped from one discovered location to another. Your other option is to spend a lot of time watching Big Boss ride on helicopters as you travel to and from landing zones. These mobility issues didn’t stop me from enjoying the game, but the inability to quickly and intuitively get to where you need to be is a weird and unnecessary problem that other open-world titles solved years ago.

Apart from the larger world, The Phantom Pain’s core mechanics are essentially the same as they were in Ground Zeroes, where they worked well. This time, you get to choose your weapon configuration before each mission. Your arsenal includes standards like guns and rocket launchers, as well as zanier options like water pistols and rocket-propelled cybernetic hands. Unlocking and experimenting with all of the different options is one of your main forms of progression, and is consistently entertaining. The biggest difference from Ground Zeroes is the addition of the buddy system, which allows you to take an ally with you on missions. I was initially worried this would dilute the sense of solo infiltration I love about Metal Gear, but your buddies function more to support your playstyle than to dominate the battlefield. They offer a variety of benefits, from extra firepower to intel on enemy positions, and I enjoyed finding out how each one contributes in different situations.

Unlike the linear design of previous entries, The Phantom Pain rarely assumes you have particular weapons and equipment, so the missions are brilliantly designed with multiple paths to success. It’s not as simple as going all-out stealth or aggression; each operation is a playground that encourages you to experiment with the tools you have available. How will you extract that guarded truck? A simple Fulton balloon might do the trick, provided you’ve acquired the proper upgrades – but you need to subdue the surrounding sentries. Otherwise, you can try intercepting the escort tanks before they meet the truck, but you’d better have some rockets ready. Or maybe you ride in on your buddy D-Walker (a bipedal mech) and use its Gatling gun on the guard detail before driving the truck out of the hot zone. These are all viable solutions, but their availability depends on your personal approach to building the legacy of Big Boss.

Everything you do, from main missions to free-roaming hijinks, contributes to improving your army. It all folds into Mother Base, your offshore headquarters and the secret star of The Phantom Pain. This is where you reap the rewards for all of your exploits; Mother Base functions as your skill tree, your arsenal, and a symbol of your power. The soldiers you recruit are assigned to teams that help you develop better equipment. That equipment lets you gather more resources. Those resources expand your base so you can recruit more soldiers, and currency you earn from completing missions lets you invest in it all – the loop goes on and on. Peace Walker presented a prototype version of this process, and Dragon Age: Inquisition revolved around a similar concept. The Phantom Pain’s execution of this idea blows them both away. The depth of customization and the incentive to keep doing “just one more mission” is amazing, and being able to walk around the base and see your progress first-hand is remarkably rewarding. I was surprised when I realized improving Mother Base – not the main story arc – was the primary force propelling me through The Phantom Pain.

The Legendary Gunsmith
As you progress, your critical missions and side-ops are highlighted in yellow. However, one important sequence of missions looks like any other optional excursion on the menu. When it’s available, be sure to complete the side-op chain revolving around finding a legendary gunsmith. This is the only way to unlock the weapon customization feature, which is an invaluable tool that is strangely hidden behind these seemingly standard operations.

As if that weren’t enough, you can expand beyond Mother Base by establishing Forward Operating Bases. These are similar to your main base, supplementing its normal functions. The only catch is this is an online-only feature; if you create an F.O.B., it is open to attack from other players, who can steal the resources and staff members stationed there. You can let your A.I. security team handle the intruder automatically, or you can personally defend the base. The ensuing battles get intense, with the defender and the staff trying to find and eliminate the lone attacker. While I had fun attacking and defending my F.O.B. on Konami’s pre-release servers, the feature opens the experience up to a level of risk and interaction that I’m not usually looking for in Metal Gear. The mode is unique, and a good incentive for post-game progression, but you can ignore it and experience the best The Phantom Pain has to offer.

Hideo Kojima’s original Metal Gear was a top-down, screen-by-screen stealth title. Compared to the massive and ambitious world of The Phantom Pain, it’s hard to believe both games are products of the same creative mind. A series can’t survive this long without evolving, and The Phantom Pain is a testament to the importance of taking risks. An open world, a customizable base, a variable mission structure – these are not traditional aspects of Metal Gear, but they are what makes The Phantom Pain such an exceptional game. The gameplay, storytelling, and protagonists in Metal Gear may shift with each new installment, but Kojima’s ability to surprise and enthrall gamers remains unchanged.

This review pertains to the PlayStation 4 version. The game is also available on Xbox One, PlayStation 3, Xbox 360, and PC. 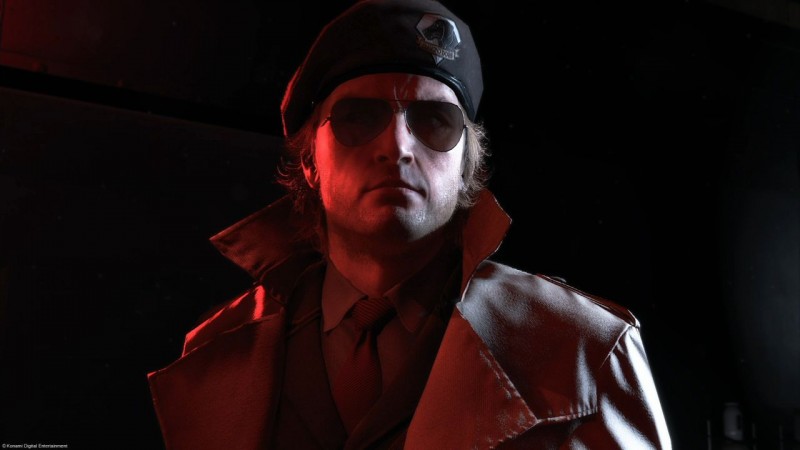 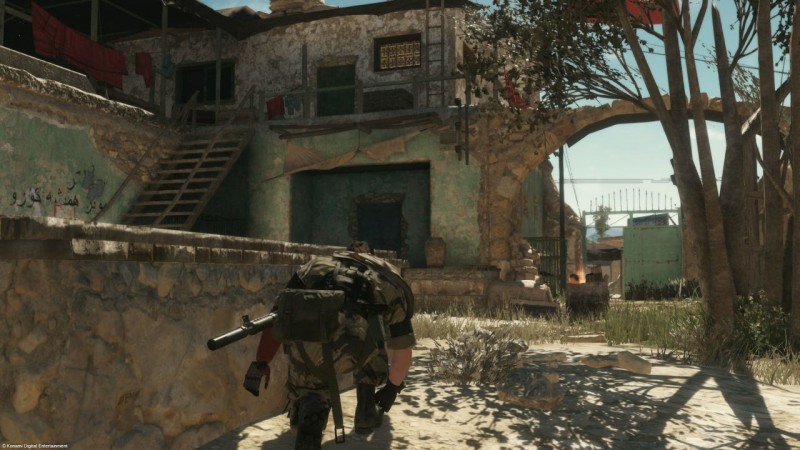 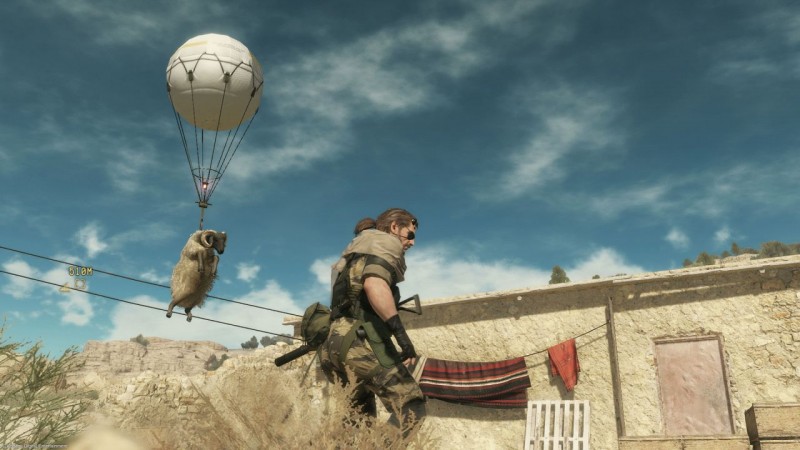 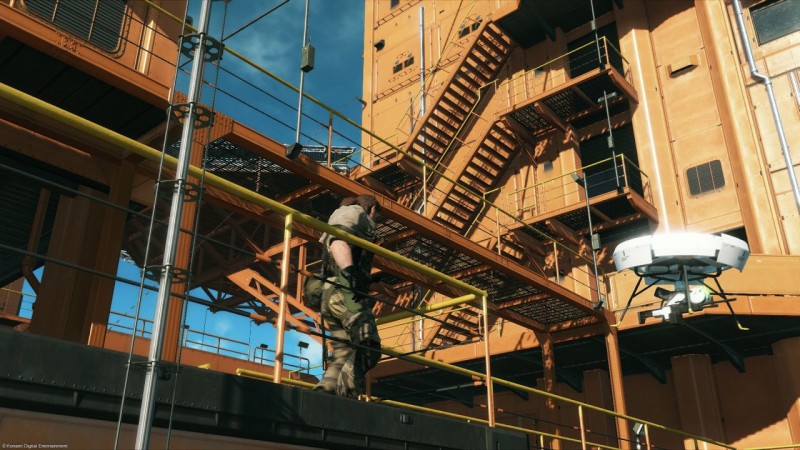 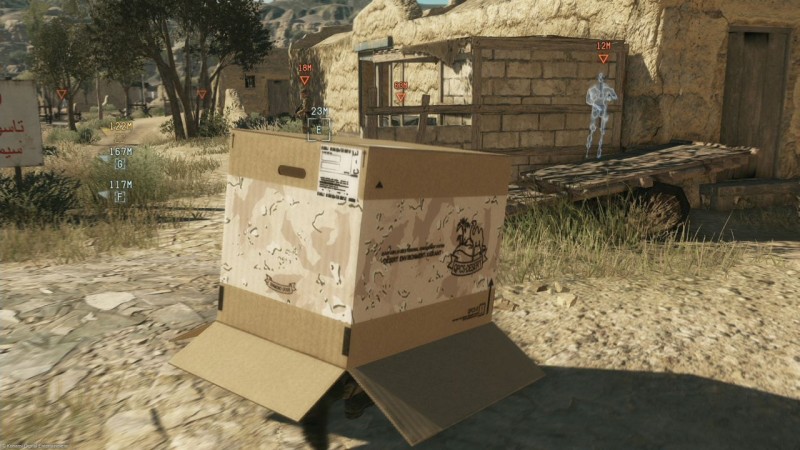 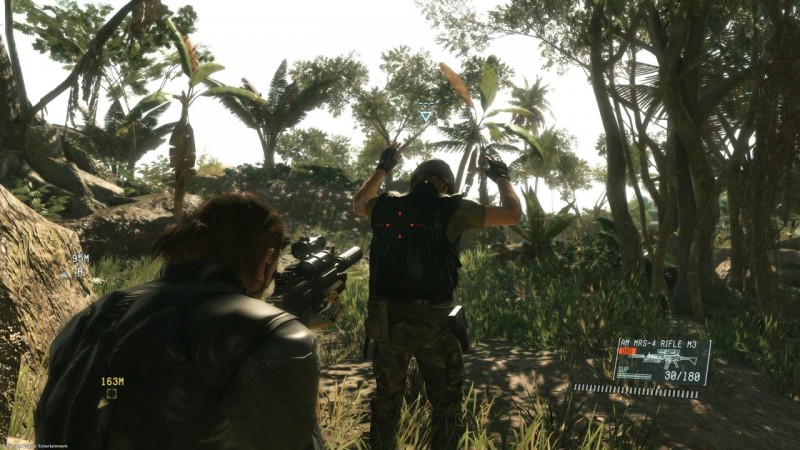 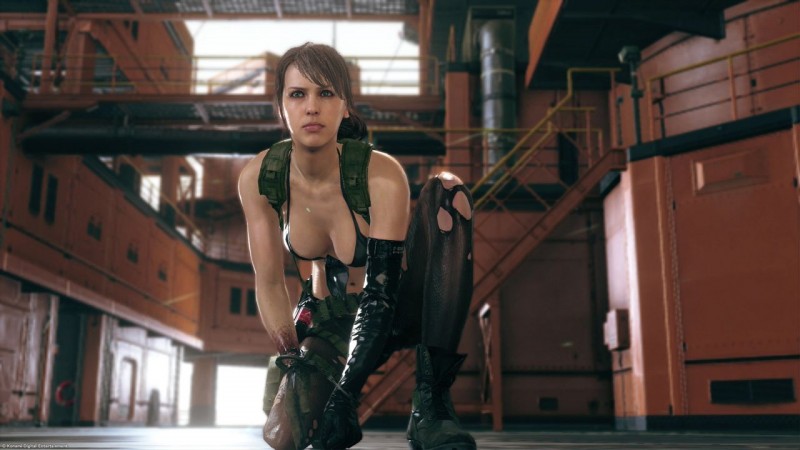 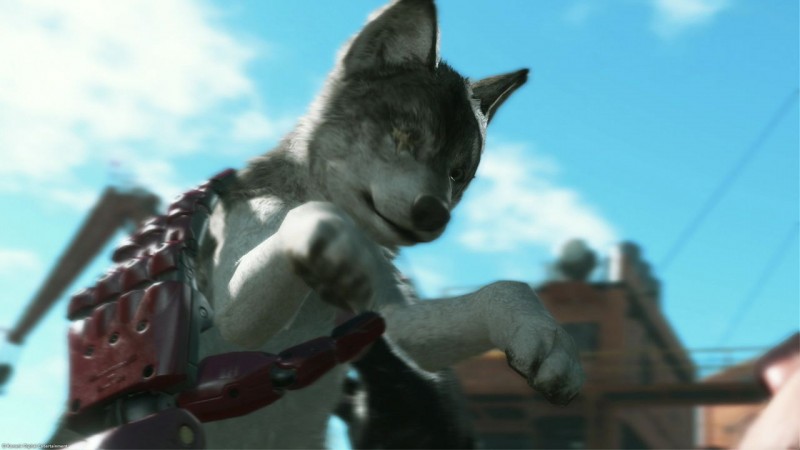 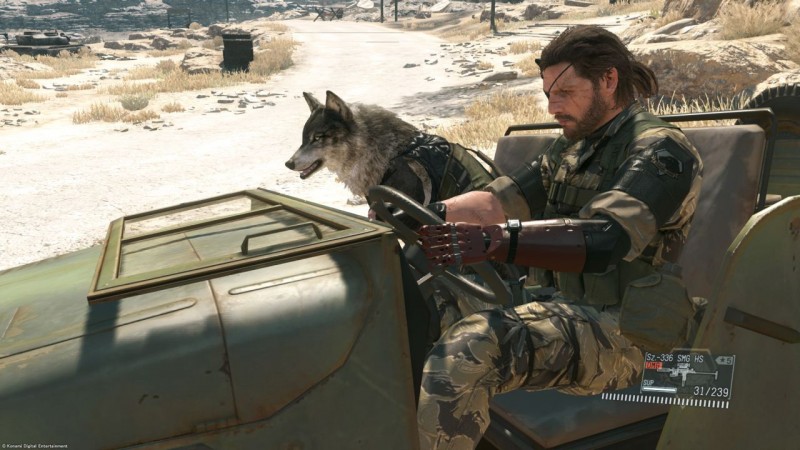 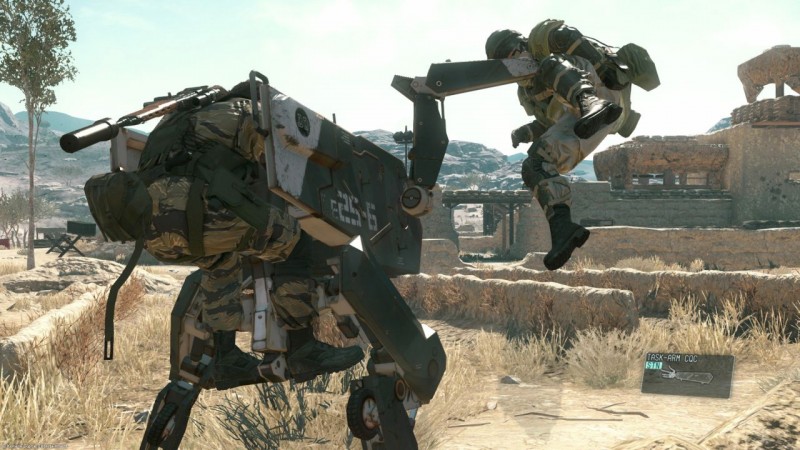 9.25
About Game Informer's review system
Concept
Bring Metal Gear’s signature stealth into an open world focused on individual missions
Graphics
The visuals look great and run smoothly, with some occasional texture pop-in when your focus changes
Sound
Kiefer Sutherland does a good job, but speaks so rarely that the change from David Hayter in the lead role feels more like a PR stunt than a new direction for the character
Playability
Some of the contextual commands can be finicky, but the basic stealth and combat mechanics are rock solid
Entertainment
Many missions feel like puzzles, forcing you to use your available resources to find one of many ways to complete your objective. Applying your rewards to building, expanding, and improving your base is an irresistible joy
Replay
High