Not to brag, but I got all of the dog tags in Metal Gear Solid 2 and shot every Kerotan in Metal Gear Solid 3 when the games released on PlayStation 2. Maybe those hours could have been better spent, but I loved playing and replaying both titles until I knew them backwards and forwards. The Metal Gear Solid HD Collection gives fans like me a chance to embark on enhanced versions of these classic missions – and I’m still not sick of them.

The collection includes five Metal Gear games for $50: MGS 2, MGS 3, Peace Walker, and the original MSX versions of Metal Gear and Metal Gear 2: Solid Snake (those last two are included as bonus games on the MGS 3 menu). You don’t just get the games – MGS 2 and 3 are based on the Substance and Subsistence releases respectively, which means a few perks are included, like VR missions and Snake tales. The only notable omission is the multiplayer of MGS 3, but Peace Walker picks up the online slack with cooperative and competitive multiplayer options.

The HD collection includes a lot of content, so I’m not going to dissect each title individually; these are essentially the same games you remember, but with nicer visuals and a smoother framerate. The story in MGS 3 holds up as my favorite, and the end of MGS 2 still goes absurdly off the rails. You’ll listen to codec conversations, dupe dozens of enemy soldiers, and experience some of the best boss battles in gaming history. Readapting to the button layout in MGS 2 and 3 took me a while; I understand the desire to keep these titles true to their original forms, but the option to use alternate control schemes would have helped them wear their age better. That’s more nit-picking than a genuine complaint, since the HD Collection is a superb way to satisfy your nostalgia and relive key moments in the Metal Gear saga.

Peace Walker deserves to be singled out, since it is the title that benefits most from the HD overhaul. Moving from a portable device to the big screen is the best thing that could have happened to this handheld side story. Using the dual analog sticks takes the burden off of the face buttons (which controlled the camera in the PSP version), making it much more intuitive to aim and guide Snake through the environments. Since Peace Walker first came out in 2010 and took some cues from MGS 4 on the control front, its gameplay feels more modern than its PS2-era counterparts. Playing with a friend in co-op is still entertaining (and practically necessary for certain boss fights), and the Versus Ops mode lets you test your competitive spirit in online combat.

For all of its advantages and improvements, Peace Walker is the weakest link overall. The story involves the series’ least developed characters, the boss fights are all against robots and vehicles, and the missions are short affairs (and you can only save between them). This doesn’t mean it’s a bad game, but it stands out from the other titles in the HD Collection as a distinctly different kind of Metal Gear – especially without its predecessor, Portable Ops, on the disc.

The Metal Gear series has one of the most convoluted storylines in gaming, spanning 50 years and involving a huge cast of characters with competing agendas. If you’re already a fan, this collection is a great way to get reacquainted with Solid Snake and Big Boss. However, newcomers should be warned: Because the package doesn’t have the original Metal Gear Solid or Portable Ops, substantial parts of the story are not included. Imagine if you bought a boxed set of the Harry Potter movies, but films 1 and 5 were missing; it doesn’t diminish the quality of the other entries, but it does make the collection less appealing as a whole. I can’t say that Konami didn’t include enough content, but the choice to include these particular games (instead of splitting all seven games into separate Big Boss and Solid Snake collections, for example) eliminates the sense of completeness that often comes from compilations.

The Metal Gear franchise has a long history and many exceptional moments. While this collection doesn’t give you the complete picture, it highlights many of the reasons this series has such a devoted following. The fight against The Boss, Colonel Campbell going nuts, the haunting tune as Chrysalis flies by – these are the kind of memorable events that define Metal Gear, and they are just as awesome as you remember.

The  Edge
The PlayStation consoles have been the native home of the Metal Gear series for years, so it’s no surprise that the PS3 version of the HD Collection has a few advantages. Firstly, the Xbox 360 controller doesn’t have pressure-sensitive face buttons, so certain actions have been awkwardly re-mapped (like pressing the left stick to stab with your knife in Snake Eater). It doesn’t drastically impact the gameplay, but longtime fans will have to relearn small parts of the already complicated controls. Secondly, each of the games has a full complement of trophies on PS3, but the 360 version cuts some achievements since it has MGS 2 and 3 grouped as a single title. Lastly, if you’re playing on PS3, you have the ability to transfer your Peace Walker save to and from the PSP version of that game using the bizarrely named “transfarring” feature.
Off
On
Off 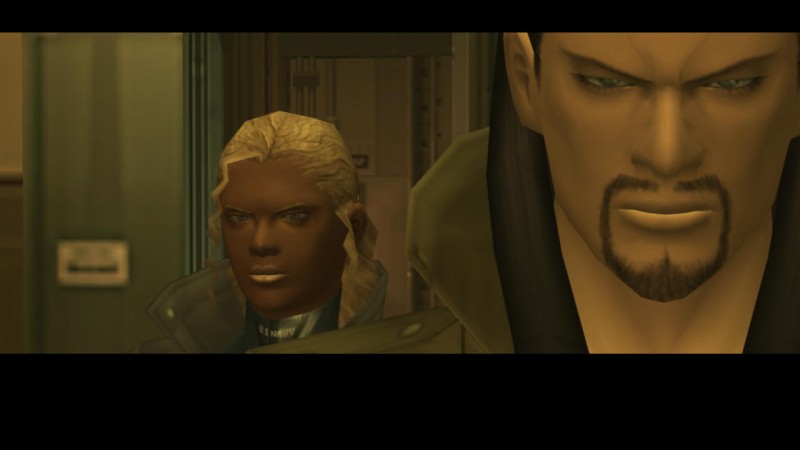 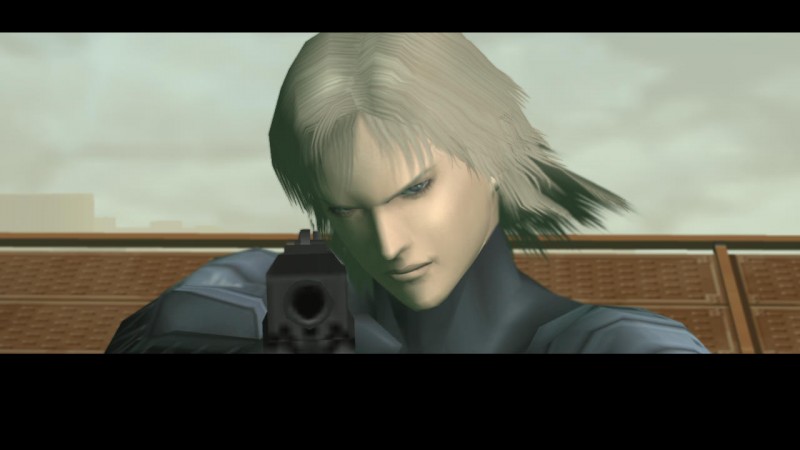 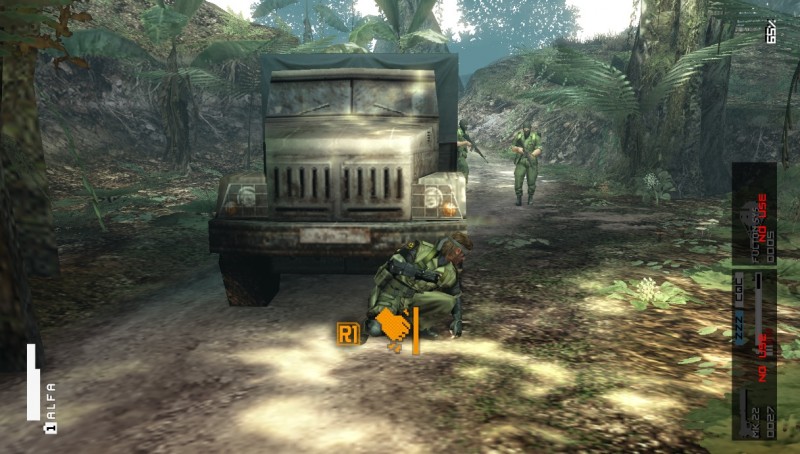 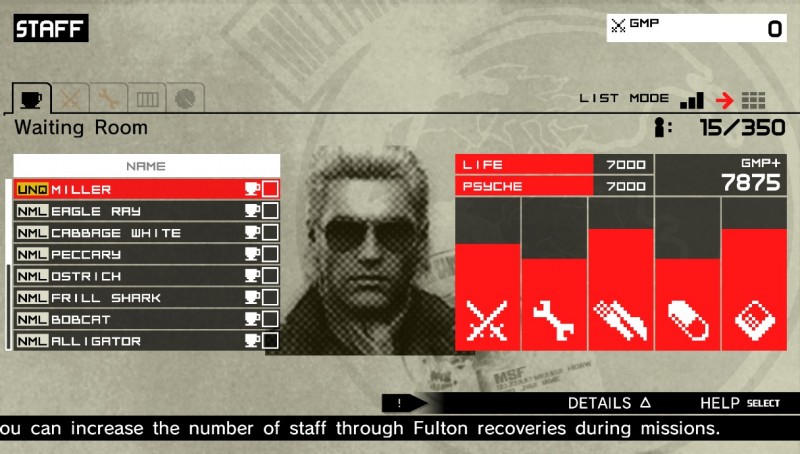 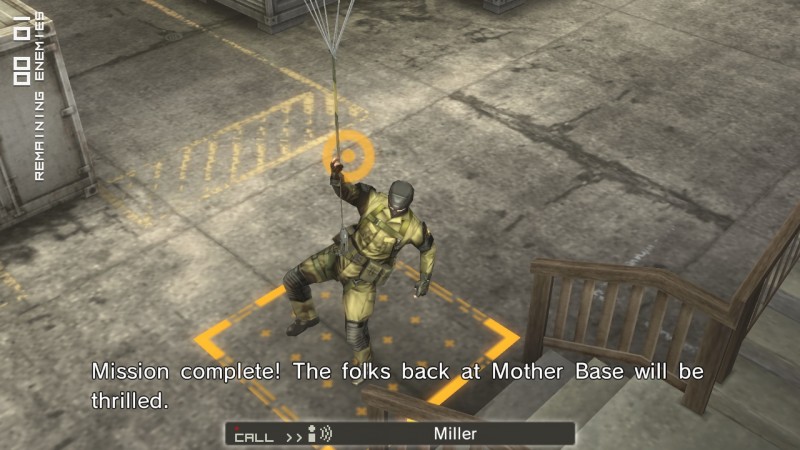 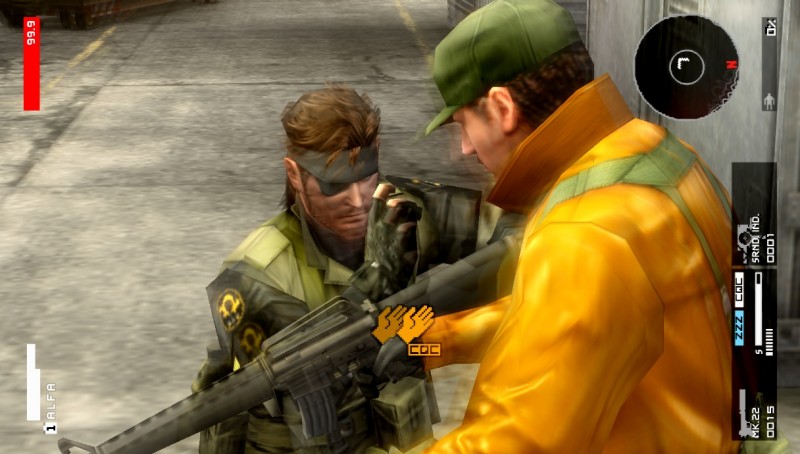 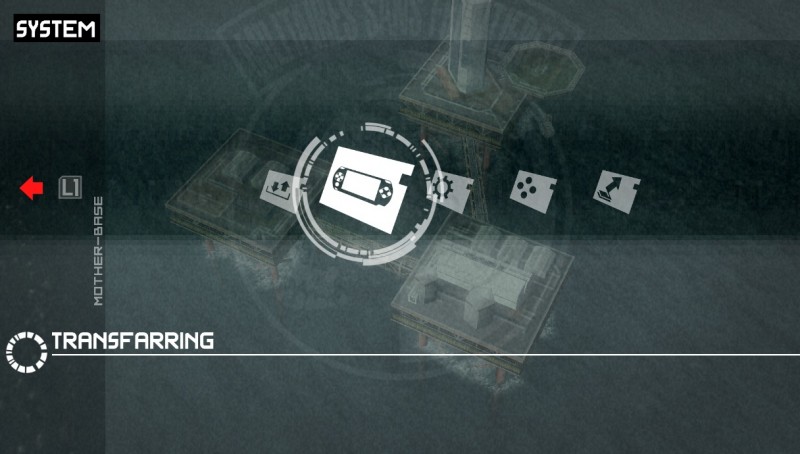 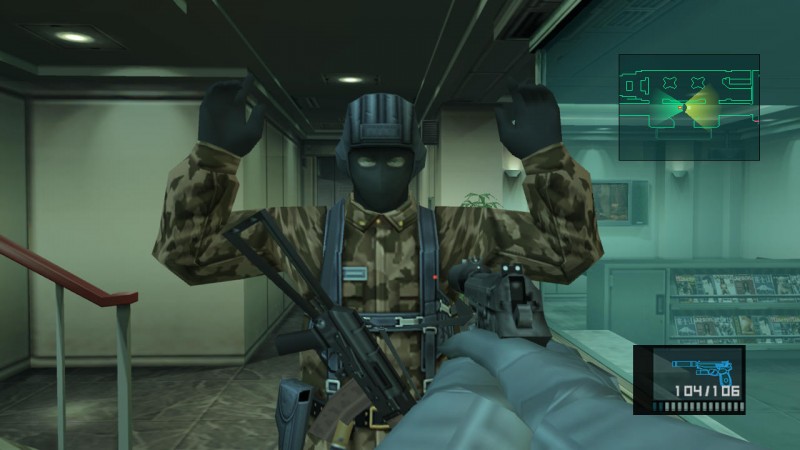 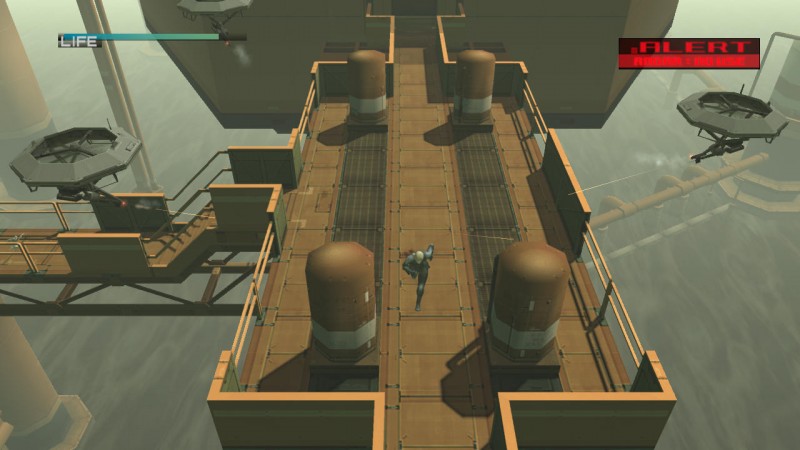 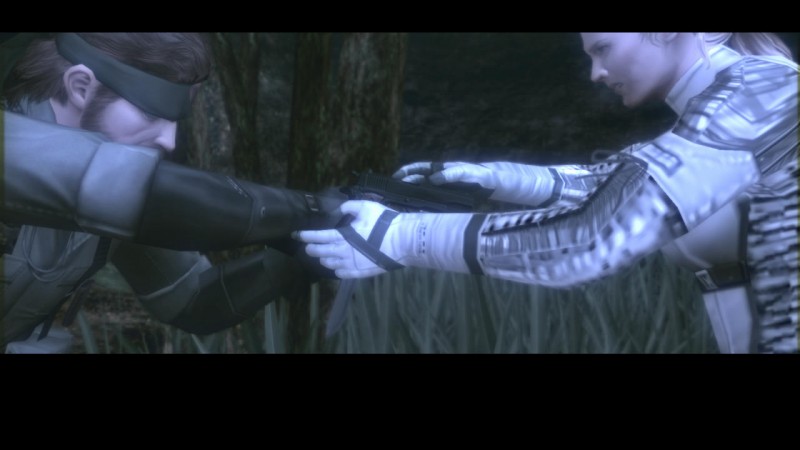 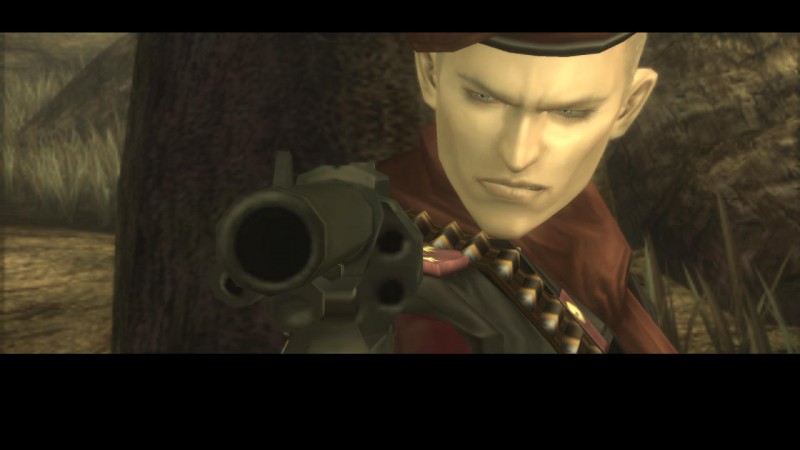 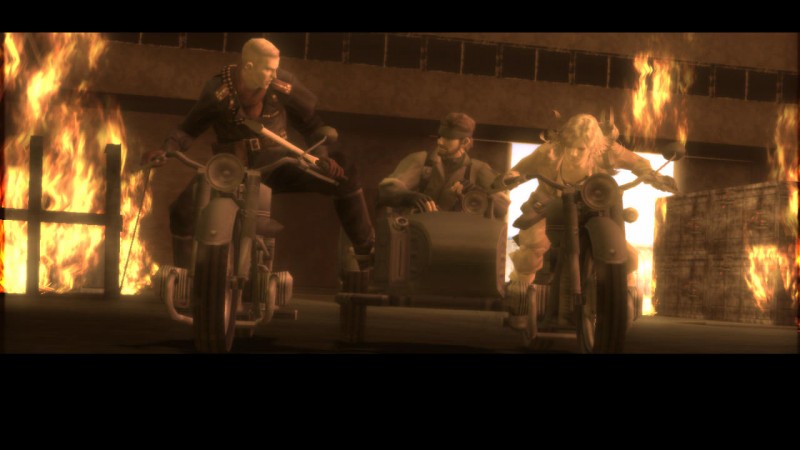 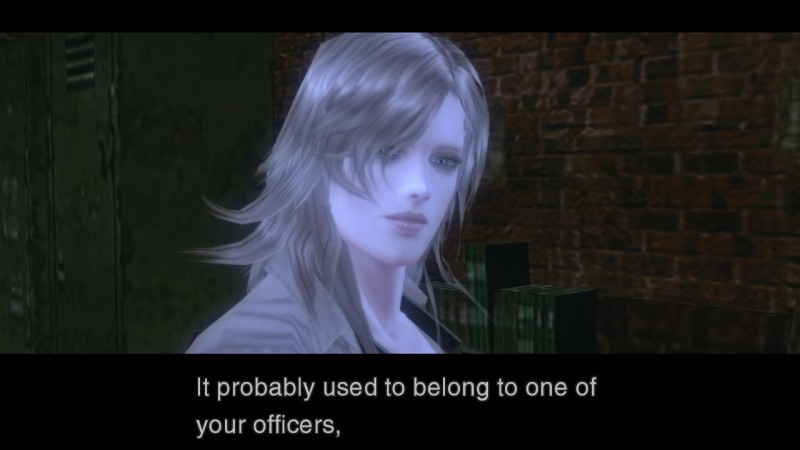 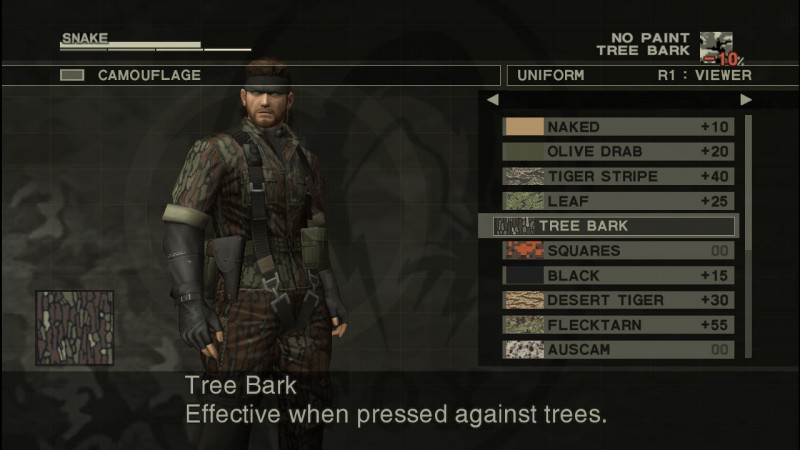 9
About Game Informer's review system
Concept
Several old Metal Gear games with a new coat of paint
Graphics
Great visuals and a smooth framerate have these titles looking better than ever
Sound
I hope you like codec conversations, because you’re going to hear a lot of them. Thankfully, the voice acting is top-notch
Playability
The controls don’t age particularly well on the PS2 entries. It may take some time to get re-acclimated
Entertainment
Each game stands well on its own, so getting them all at once means hours upon hours of fun
Replay
Moderately High 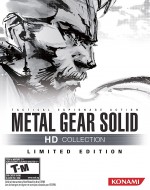