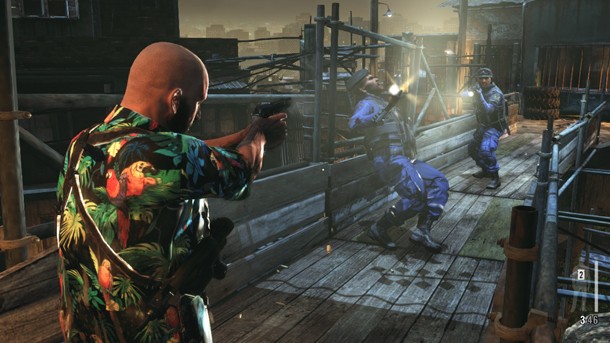 Max Payne 3’s opening shots bear no resemblance to the series’ iconic imagery of a black trench coat flapping in the wind as a hail of bullets whiz by in slow motion. Instead, the game begins with four snapshots of a much different Max – sitting alone in an apartment with a bottle of whiskey at his side; standing bald, bearded, and bloodied over a horribly mangled body; delivering flowers to a grave; and the most shocking portrait of all, dressed for show in an expensive suit as he mingles with the rich.

Despite his radically different appearances, Max’s state-of-mind is always the same: He’s a cynical jerk with a biting sense of humor. He’s older, wiser, and at times, appears to be someone who has found peace. As much as I laughed at his quick wit and hilarious inner monologue, the game continually reminded me that he wasn’t okay. He still carries his demons with him, and he’s doing his damnedest to suppress them. Most of the game’s transitional moments are bridged with montages of Max drinking extensively and popping pills. The entire game is riddled with graphical distortion meant to illustrate Max’s struggle with addiction. I can see these effects becoming problematic for some players, as they are jarring, but I think they do a fantastic job of reminding us who Max is, and plant the seed that if he wasn’t intoxicated, situations may play out differently.

As much as Max Payne 3 is a fascinating portrait of a man, it tells a great, action-packed story that runs in-stride with Max’s inner turmoil. Thanks to an invitation from an old friend, Max finds himself working in the shady world of private security in Sao Paulo, Brazil for real estate tycoon, Rodrigo Branco. Max is tasked to keep a protective eye on Branco’s wife, Fabiana, an out-of-control party girl with an entourage in tow. Fabiana’s lifestyle often takes Max to places where he can sit back and enjoy a drink. In fact, the game’s first gameplay sequence is set in a swank bar that overlooks one of San Paulo’s poverty-stricken neighborhoods. The second chapter picks up in a night club. As Max relaxes with a drink, Comando Sombra, a gang tied to Brazilian drug trade, infiltrates the party and opens fire on the guests. Fabiana is kidnapped. Max gives chase, but despite leaving the bar littered with Comando Sombra corpses, is unable to reclaim her. What unfolds next is a thrilling pursuit loaded with twists and turns, excitement and tension, and smoking hot gunplay every step of the way.

We see a different side of Max in this game, but when his gun is drawn, he instantly morphs back to the Max of old, a bullish gunslinger who can run into the middle of a lobby and down a handful of foes without seeking the aid of cover or taking a hit. This is all thanks to Max’s greatest ally, Bullet Time, an ability that allows him to slow down the world and move a hair faster than his foes. Although many games have adopted similar slow-motion gunplay throughout the years, this is the most fun I’ve had with this ability. The gunplay is smooth and polished, and almost every combat scenario becomes a game of “how many enemies can I drop at once.” Rockstar Studios also forces Max into Bullet Time for over-the-top scripted sequences that you’d think were designed for a new Jason Statham Crank movie. All of the targeting mechanics (hard lock, soft lock, and free aim) are beautifully implemented.

Animation plays a large role in intensifying the firefights. If Max dives too close to a wall, he’ll smash into it, leaving him vulnerable for a few seconds before he rights his aim from the floor or rises. Little touches like Max trying to cover his face as he lunges toward a wall or tuck his arms under his body as he rolls are impressive.

Most environment surfaces hit by bullets crack or shatter in different ways. The explosion of glass on a framed picture looks fantastic, and most of the cover Max can seek refuge behind can be chipped away or outright destroyed. The cover mechanic works without a hitch most of the time, however, I did run into five or six instances of Max’s gun running into collision problems with cover, causing his firearm to point toward the ceiling and fire shots upward. 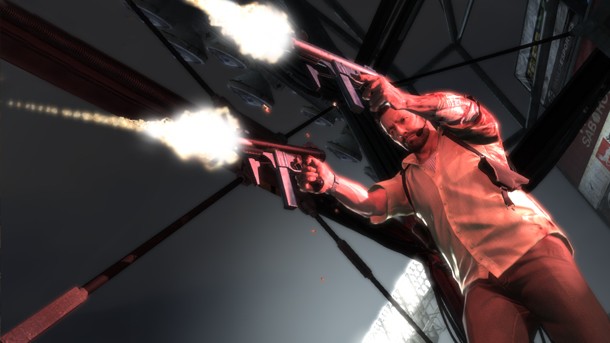 The campaign is a fun ride that rarely slows. The script, an area Rockstar always seems to knock out of the park, takes Max to interesting places, and doesn’t follow a predictable path. Once the bullets start flying, the game doesn’t load. Much like the Uncharted games, story sequences bleed directly into gameplay. On several occasions I had to scramble to fire shots.

Max Payne may not seem like a franchise that lends itself well to multiplayer, but Rockstar has found a way to keep Bullet Time alive and well for deathmatching purposes, and uses it to anchor a robust offering of competitive modes.

Deathmatch and team deathmatch prove to be fun, grinder-like experiences with average lives lasting for 20 to 30 seconds. Becoming Max or Raul Passos (an old colleague of Max’s) in Payne Killer mode delivers that “how many foes can I down before I fall” thrill. This mode starts with a standoff between all of the players in the match. The first player to land a kill becomes Max. The player that was killed becomes Raul. These two characters are more powerful than the others and must work together to earn as many points as they can before they are taken out. The player that takes out one of these characters takes ­their ­role.

The coolest multiplayer mode offered is Gang Wars. This mode pits two teams against each other and incorporates story threads from the campaign to shape the five rounds. How a round ends dictates what the next objective will be, a design that keeps the battles fresh.

The same great gunplay from the campaign is replicated in the multiplayer modes, and immense depth is tied to the ranking system (with a level cap of 50) and slew of unlockable guns, skins, and items. Rockstar also provides a crew system that tracks world ranks, kill-to-death ratios, and first place finishes for ­each ­crew.

No matter what gameplay mode I chose, I had a great time playing Max Payne 3. The gameplay doesn’t explore new territory, but delivers a retro charm that fans of the series should appreciate. It’s a new day for Max Payne, and at the same time, a return to his glorious past.

9.25
About Game Informer's review system
Concept
Max Payne 3 fires direct hits with both its story and gameplay, and will keep you playing with its robust multiplayer offering
Graphics
Gore meets beauty – Headshots deliver cringe-worthy explosions of brains and blood, and no details are spared in making the world look as realistic as possible
Sound
The band Health contributes a wonderfully dark and atmospheric score. James McCaffrey nails his performance as Max Payne. All of the voice work is exceptional
Playability
The gunplay fits like a well-worn glove, yet is enhanced through smart encounter designs and big set piece moments
Entertainment
The campaign is a fantastic ride, and Arcade mode (scoring challenges) adds longevity to the single player mix. Multiplayer is as enjoyable and deep as any other package on the market
Replay
High 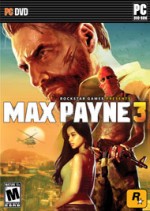