In the Mass Effect universe, the Andromeda Initiative is a bold and ambitious program. Looking for a future in uncharted territory, its volunteers leave the past behind and search for a new home in a faraway galaxy. However, despite all of the planning and preparation, cascading complications make it difficult for the Initiative to accomplish its mission beyond the Milky Way. In this way, Mass Effect: Andromeda is like the story it tells. It is a fresh start for the franchise and invigorated by a renewed sense of exploration, but a variety of problems prevent it from reaching its potential.

With Commander Shepard out of the picture, players control Ryder, a young explorer who inherits the role of Pathfinder – the one charged with finding humanity a home in Andromeda’s Heleus Cluster. Ryder has just the right mixture of confidence and uncertainty, so you feel capable while improvising in strange situations. Whether you’re brokering peace with a new race or uncovering alien technology, you and Ryder are figuring things out together. You make some tough calls along the way, but the focus isn’t on choice and consequence this time, so just about any response can feel correct.

You and Ryder have a lot of work to do. All of the potential settlement worlds have catastrophic problems, the arks carrying the Milky Way’s other races have gone missing, and the conquering kett race is waging war on the natives. These looming mysteries and threats provide a fantastic foundation for Andromeda’s story; the opening 10 hours set the stage and build anticipation, and I could not wait to begin my Pathfinder duties in earnest.

By the 40-hour mark, the big questions like “Does Andromeda have habitable planets?” and “What do the kett want?” reach predictable conclusions. Seeing the story unfold is still cool, but you learn the Heleus Cluster isn’t as full of mystery and novelty as you thought. For example, I like the designs of the new alien races, but they would look right at home in the Milky Way. Mass Effect fans are already used to bizarre creatures like krogan and hanar, and the new races don’t push boundaries to fulfill the initial promise of encountering truly foreign life.

For the series that brought us adversaries like Saren and the Illusive Man, the primary foe in Andromeda is surprisingly boilerplate. He barely gets any screen time, and his goals are exactly what you would expect from an evil alien overlord. Your confrontation culminates in a confusing final mission in which everyone’s lives are at stake, but I cannot tell you precisely how my actions were preventing disaster, which drains the tension and triumph from the ultimate victory.

The main story isn’t the only way you learn about your surroundings, since Andromeda’s other activities bear significant narrative weight. The open-world structure lets you pursue the stories you find interesting, putting you in charge of your journey into the unknown. These threads are where I found my favorite stories in Andromeda, and I had trouble choosing which interesting tasks to tackle next. Should I track down the Initiative’s missing arks, help the crew organize a movie night, or unlock the pieces of a mystery involving the Ryder family? Seemingly inconsequential filler like going around the map to place seismic hammers can lead to big surprises, encouraging you to leave no stone unturned. I even enjoy cruising between objectives in the Nomad, since it emphasizes how large and untamed the worlds are. Cresting a ridge after a long drive and seeing an alien landscape on the horizon and the ruins of an ancient civilization below you captures the essence of exploration in Andromeda.

The wealth of content is impressive; you could probably get through main story quickly, but I logged about 60 hours to see everything that interested me, a significant part of which was ally loyalty missions. Instead of one-off excursions, these are now full quest threads. They usually begin with a conversation, steer you toward objectives spanning a couple locations, then culminate in a mission of personal importance to the character. I love this approach to fleshing out the crew, because it feels more like developing a relationship. The loyalty missions contain some excellent exchanges and scenarios that I won't spoil here, but learning more about your teammates' backstories is satisfying. Though I have my favorite companions (Jaal and Drack), Andromeda's cast isn't as memorable as its predecessors' – though that isn't as damning as it sounds considering the high bar BioWare set with those titles.

Andromeda compares most favorably to previous entries when the bullets and biotics start flying. This is the best combat has ever felt in the series. The controls are responsive, the action is fluid, and the focus on mobility leads to more dynamic encounters. You aren’t just hunkering down under the same crate to shoot at distant foes; different enemy types keep you moving by flushing you out, at which point you dash and jump to a new location. Though the auto-cover can be frustratingly inconsistent, you are never in the same place for too long, and using a combination of powers and weapons to buy yourself breathing room leads to many thrilling moments. While the battles are mechanically solid, the systems feeding into them don’t scale well, and ultimately make your options feel limited. Ryder isn’t restricted to a particular class, so you can choose from a broad array of combat, tech, and biotic skills. At first, I was dazzled by possibilities, like draining shields with Overload before tossing off a Pull-and-Throw combo to trigger a biotic explosion. I also like the concept of profiles, which provide different static bonuses depending on how you spend your skill points. However, with dozens of options, why you should invest in one power or profile over another is unclear, and your ability to experiment is constrained since you can only equip three powers at once. You can technically switch to other power/profile sets in mid-combat, but all of the powers need to cool down once you switch, which makes it an impractical solution – especially since you can only switch powers, not weapons. Combat is at its best when you pick a small range of abilities and passive bonuses and invest in them exclusively.

Fans of Mass Effect 3’s multiplayer will also have a good time with Andromeda's online offering. It uses the same combat fundamentals as single-player, but like Mass Effect 3, it has more directed progression thanks to predetermined power sets. This keeps the action distilled to moment-by-moment survival as you fight off waves of increasingly difficult foes, ideally communicating with a team of capable squadmates. It generally works well (though I ran into some lag issues when playing on pre-release servers), and I like its unobtrusive ties to Ryder’s main campaign. But like any multiplayer mode these days, its long-term success depends on BioWare’s ability to optimize stability and provide a steady stream of new content to keep players engaged. I’ve had plenty of fun already, and I’m looking forward to diving deeper in the coming weeks.

Lurking beneath the ups and downs of the Andromeda’s gameplay and story is a baffling network of technical issues, clunky menus, and unexplained systems. Finding and tracking your quests is needlessly complicated, crafting is a convoluted and multi-step affair that is rarely worth the hassle, and the limited inventory system has no reason to exist at all since you can’t access your unequipped weapons and armor in the field. Stuttering framerates and audio bugs are frequent enough to be distracting. I also encountered a handful of bizarre animations, visual glitches, and broken quests that forced a reload at worst, so they didn’t bother me as much as the other more persistent problems. However, all of this contributes to an overall lack of polish that gives the impression various components are not fitting together properly.

When taken as its own journey (and not in comparison to Shepard’s saga), Mass Effect: Andromeda is fun, and the important parts work. The narrative isn’t astounding, but keeps you invested and drives you forward. The combat is entertaining whether you're in single-player or multiplayer. The crew isn't my favorite, but I like them and they have some good moments. Even with its other problems, these are the largest forces shaping your experience with Mass Effect: Andromeda, and they make it worth playing. At the same time, I was often left looking through a haze of inconveniences and dreaming about the game it could have been. 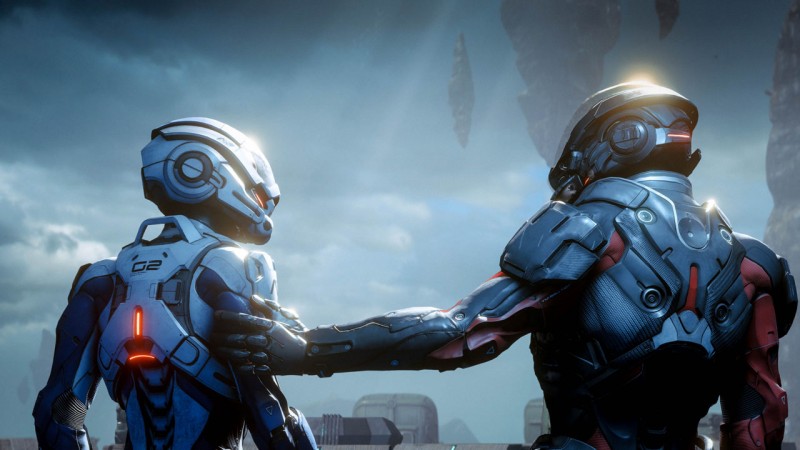 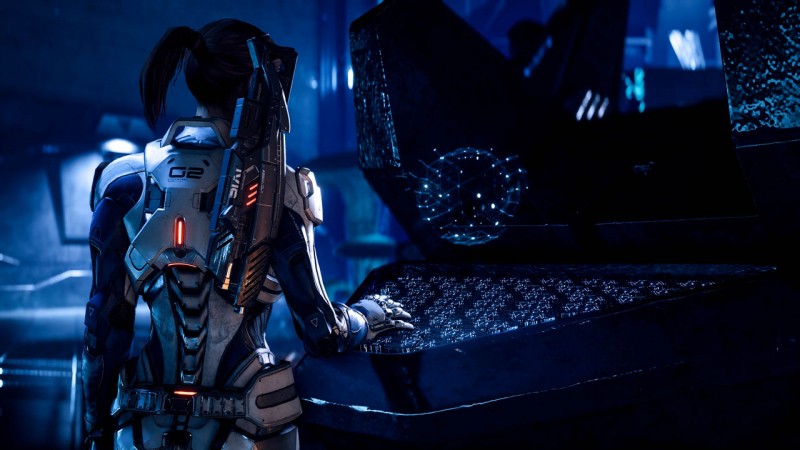 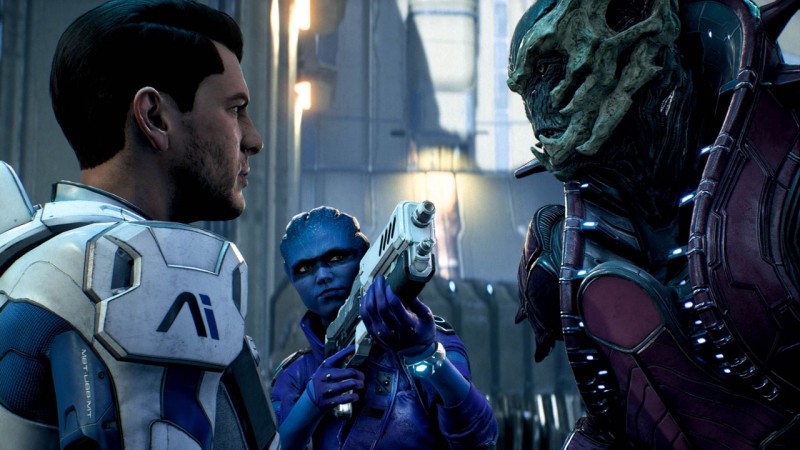 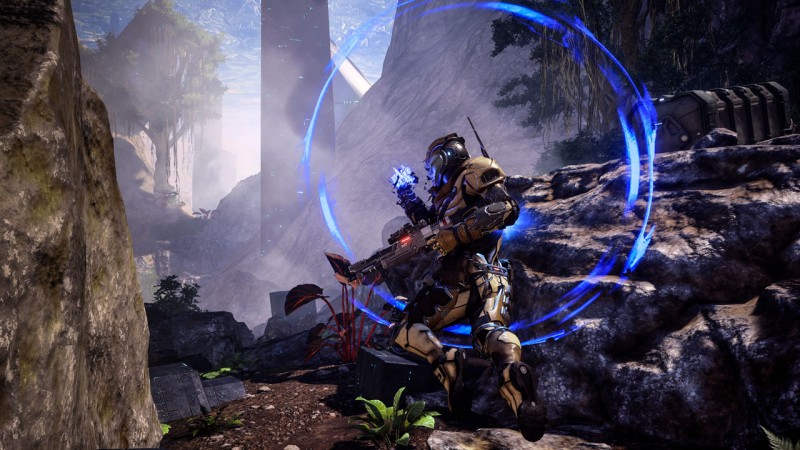 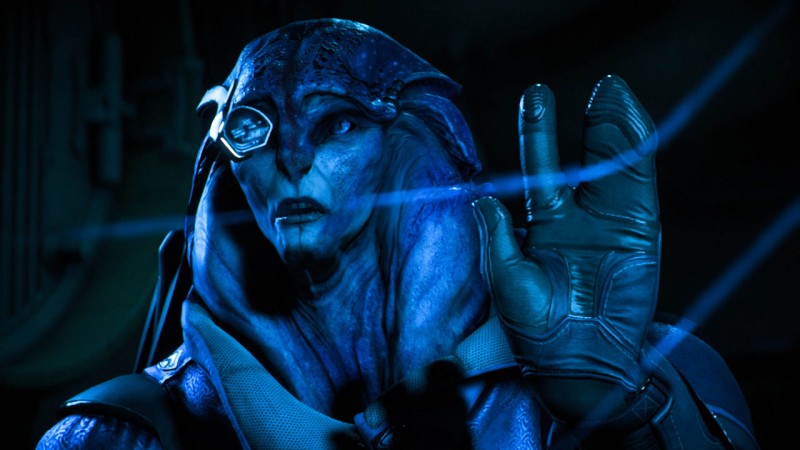 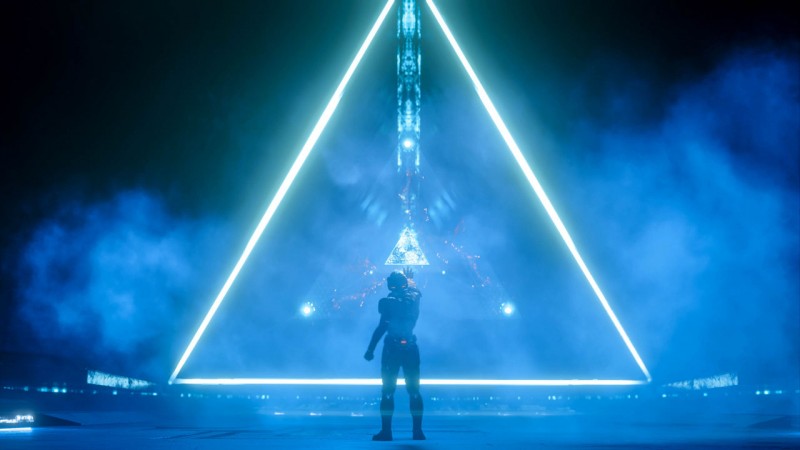 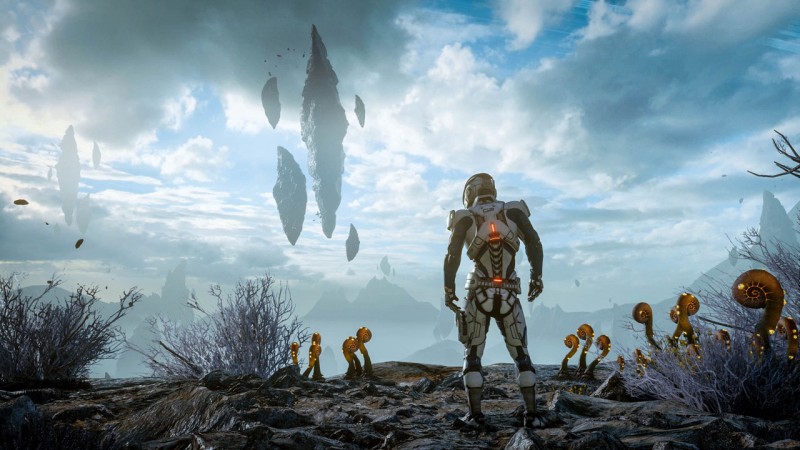 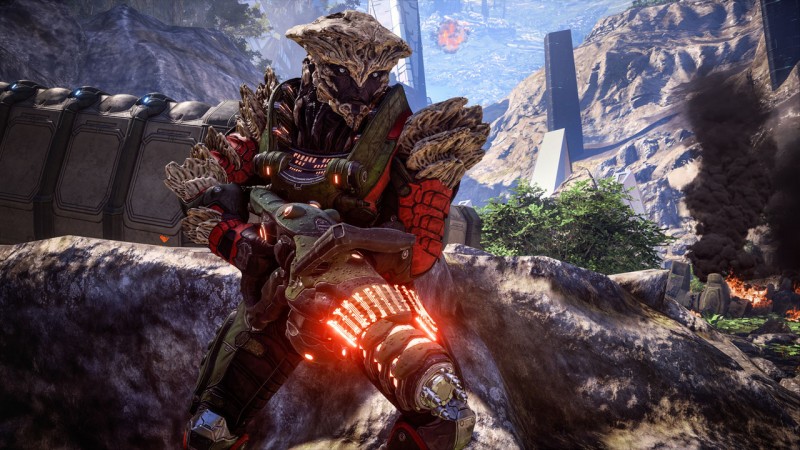 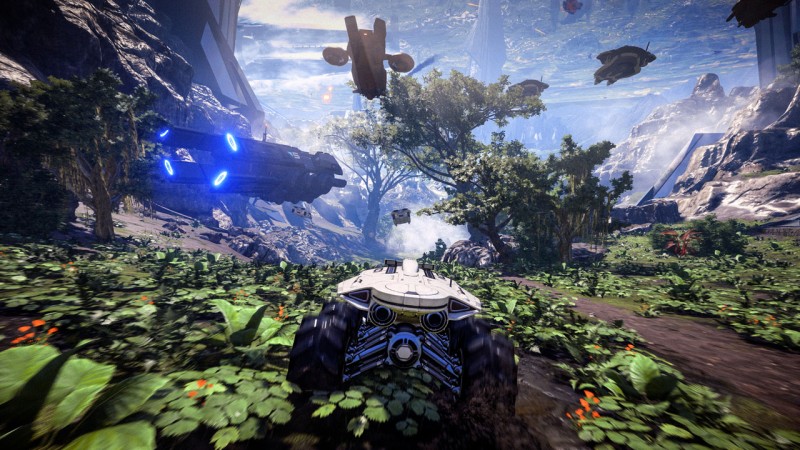 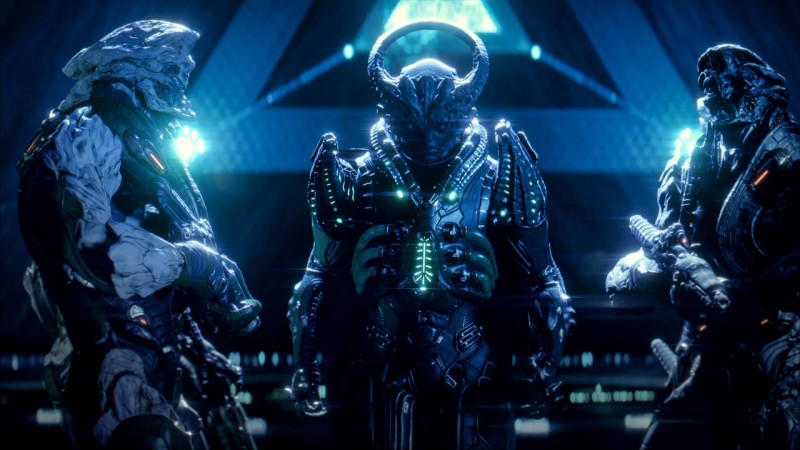 8
About Game Informer's review system
Concept
BioWare’s sci-fi RPG goes to a new galaxy with a new hero, mixing old and new concepts while still retaining the essence of Mass Effect
Graphics
Great environments and galactic imagery paint a beautiful picture of the final frontier, but the character models and animations are inconsistent
Sound
Voice performances are generally good, especially for the Ryder twins. The main musical theme is memorable, and the rest of the soundtrack serves its purpose
Playability
Combat feels great, but a clunky interface can make basic navigation and upkeep a chore. Technical glitches are also plentiful, making the experience feel unpolished
Entertainment
Mass Effect: Andromeda has the series’ signature mixture of story, characters, and combat. Though its success rate varies in each area, it still provides dozens of hours of fun
Replay
Moderately High