Mark of the Ninja Review Mark of the Ninja may be an indie-developed downloadable game, but there’s nothing small about its scope or ambition. This deep and highly replayable title embraces its roots in the stealth genre, but excels in a 2D space. Klei Entertainment nails the fun of sneaking around by giving players frequent choices about where to go and how to proceed, turning every confrontation into a puzzle that needs to be solved, and making the payoff for killing (or not killing) irresistible.

You are a ninja, and you have accepted the Mark. The toxic tattoo will eventually drive you mad, but it also imparts superhuman powers with which to confront your clan’s enemies. When your task is done, you have sworn to end your own life before you lose touch with reality. Klei wrings a lot of nuance and twists out of this setup, and I’m surprised by how much I enjoyed the narrative arc. Storytelling is further aided by the gorgeous visual style, which accentuates your brutal attacks from the shadows.

Mark of the Ninja embraces deliberate pacing by eschewing the recent trend of bringing action into every stealth game. The game rewards patience and punishes lack of observation with a nearly certain checkpoint restart (which are thankfully never far back). Sound and light are not your friends. Appear in a lit area within view of a guard, and you’re spotted. Every sound in the game produces a circle that radiates from its source, and anyone within the circle is alerted. These two factors, and your ability to control both of them, result in hours of varied encounters and dramatic escapes. Blow out a light with a dart to distract one guard, stealth kill a second foe before he can shout for help, and lure a third to his death in the spike trap you just silently set in his path. Moving on gets progressively more complicated, and the final levels serve up labyrinths of traps, bad guys, and navigation challenges.

Every action, from the rewarding stealth kills to punishing you for setting off an alarm, results in an adjustment to your score. This in turn leads to increased upgrade points to improve your character. The allure of upgrades makes you strive for perfection in every level; don’t be surprised if you restart checkpoints just to try to nail that one kill better the second time around. In addition, Mark of the Ninja offers ample reason to replay; you get one set of rewards for being a murderous force of vengeance, but a mutually exclusive reward for being the shadow that kills no one and never alerts anyone. Challenge rooms, unlockable outfits, and new equipment all feed the drive to play better. A fun new game plus challenge awaits the most hardcore ninjas.

Tense, strategic, and hard to put down, Mark of the Ninja is one of the welcome surprises of the year. If you miss the heyday of pure stealth-focused games, or you never played a great stealth game and wonder what all the fuss is about, Klei Entertainment just snuck out of nowhere to offer you a weekend’s worth of fun. 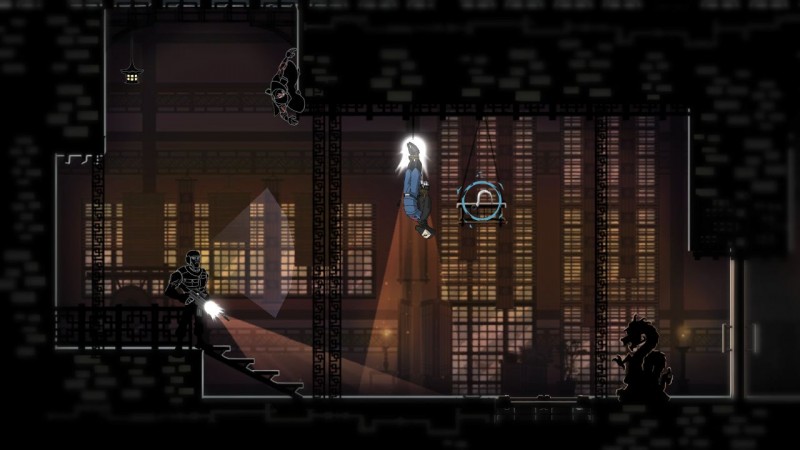 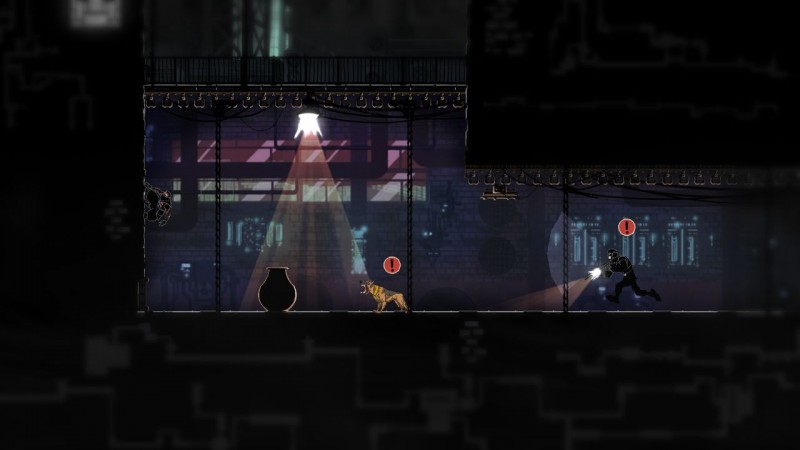 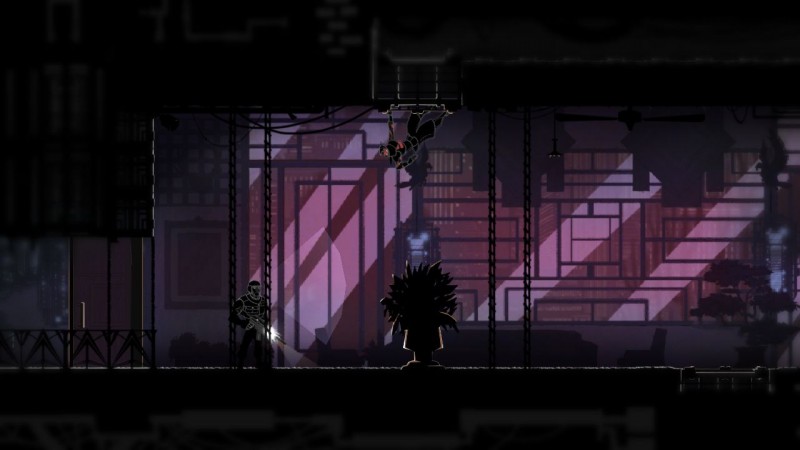 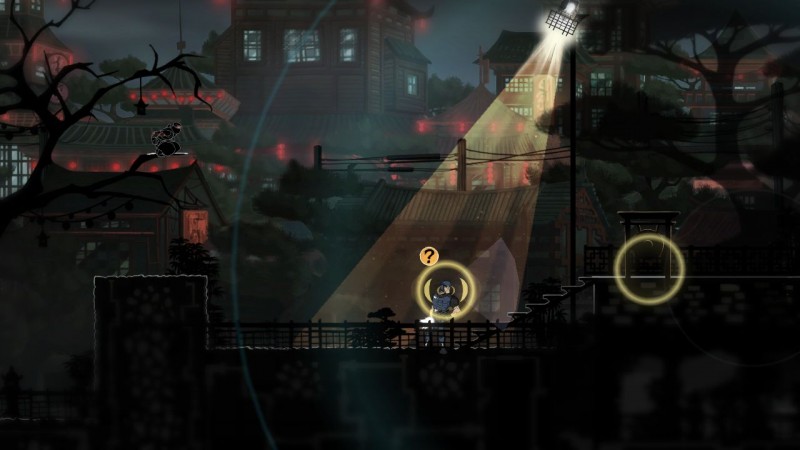 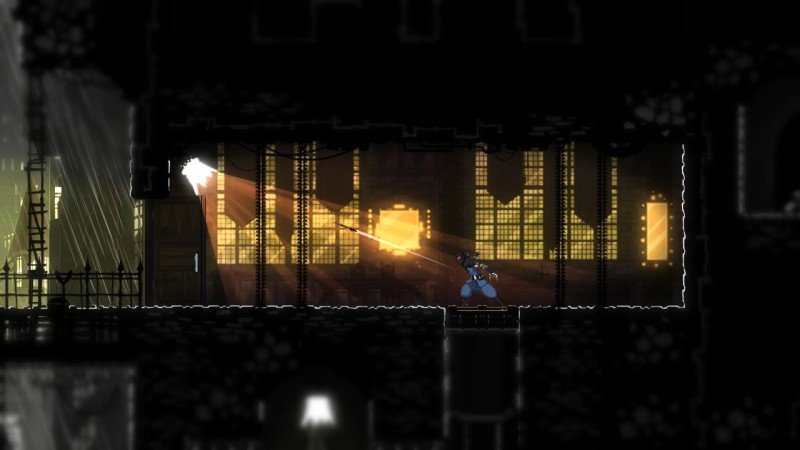 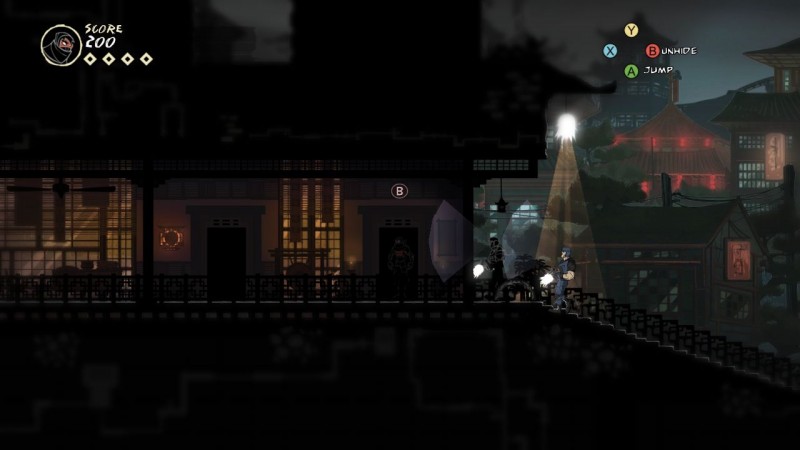 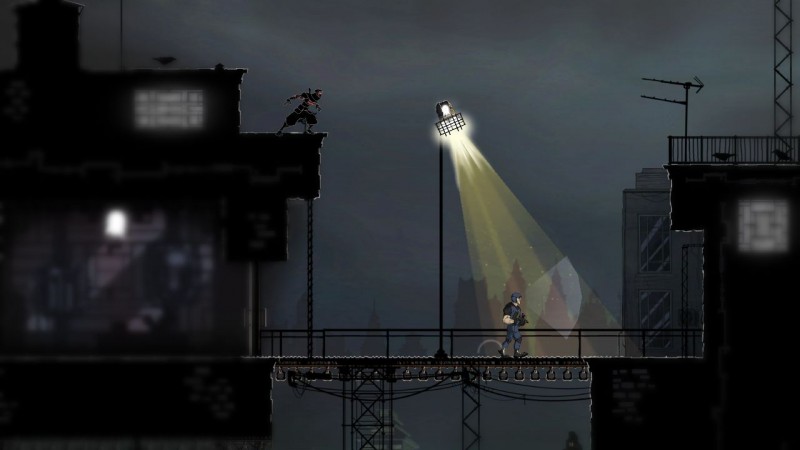 9
About Game Informer's review system
Concept
Fulfill your ninja fantasy as you leap, kill, and sneak through a twisting tale of retaliation
Graphics
Animation is brought to life through the imaginative interplay of light and shadow
Sound
Moody music and excellent voice acting keep you in the game
Playability
Great flexibility of movement and a wide variety of attacks are easy to use thanks to context-sensitive button mapping
Entertainment
The best stealth game in years
Replay
High 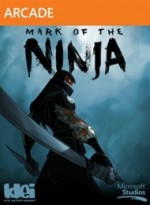