Mario and Donkey Kong: Minis on the Move Review I’ve been a huge fan of the Mario vs. Donkey Kong series ever since the first entry back in 1994 on GameBoy (simply titled Donkey Kong).  From its first sequel onward, mini Mario wind-up toys have become an increasingly large part of the gameplay. Now, in Minis on the Move, they have completely taken over. The two stars aren’t even fighting anymore (as indicated with “versus” being removed from the title). I’m fine with a series evolving over time, but the new top-down puzzle gameplay loses steam the deeper you get into it.

In all four of the game’s modes, you guide a toy from point A to point B by forming a path with tiles. The core mode, Mario’s Main Event, drops various tiles along the right side of the screen that you can drag over to the playfield. The challenge comes on two fronts: You have to keep a path going in front of the toy or it falls off, and you can’t let the tiles stack up too high. Both result in a game over. Narrowly scraping by (and watching the toys dance around at the finish line) is initially satisfying, and new gadgets like moving walkways and teleportation pipes keep gas in the tank for a bit.

Once things get more complex, puzzles devolve to a game of trial and error; you can build a path one direction only to be denied a crucial piece. The pain might be lessened by an instant restart, but only one of the modes offers this. The rest force you to tap through a screen or two or watch the toy’s death animation. Even if I made it through with flying colors on the first try with minimal frustration, the levels slide further and further into boring territory. Upon trying different modes that tweak the rules I’d think, “Maybe this is the one I can hang my hat on,” only to have them turn stale just like the rest.

I initially made sure to collect the three special coins in each level to earn the perfect star rating. Once I realized that you are only rewarded with lame minigames and a toy viewing gallery, I skipped all that malarkey and went straight for the exits. As I chipped away at puzzle after puzzle, I couldn’t help but dream what it would have been like if Nintendo had evolved the traditional platforming puzzle mechanics or simply gone in another direction entirely. Rather than the fun and addicting challenge of past Mario vs. Donkey Kong titles, Minis on the Move feels more like homework. 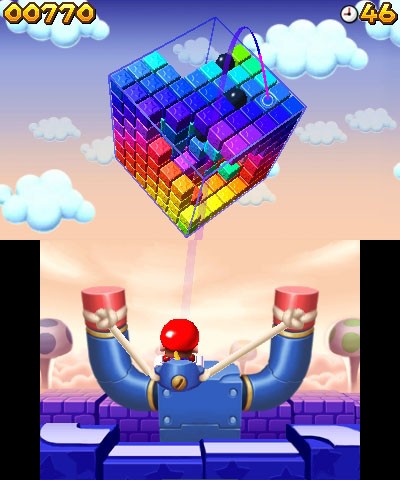 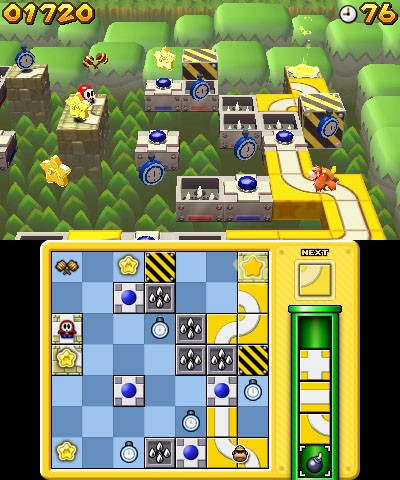 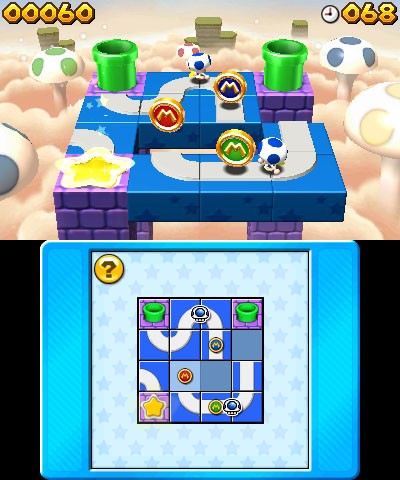 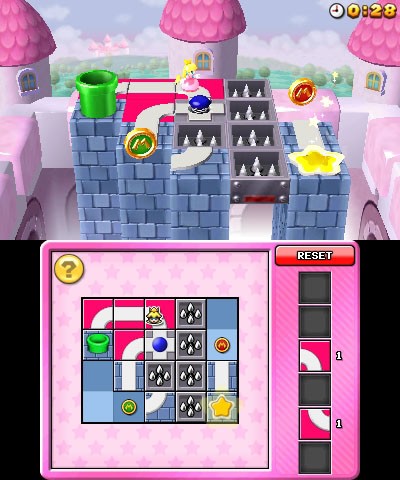 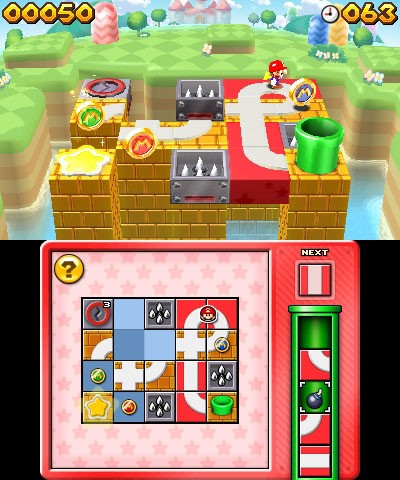 6.5
About Game Informer's review system
Concept
Take the Mario vs. Donkey Kong gimmick from its 2D platforming roots to a top-down puzzler
Graphics
The 3D top screen imagery looks nice, but you spend all your time looking at the more practical, barebones bottom screen
Sound
The theme gets mashed up with the classic Super Mario Bros. tune to interesting results
Playability
Tapping and dragging on the touch screen works fine for the most part, but a missed tile drop can screw you when the clock’s running out
Entertainment
Everything works well mechanically. It simply gets boring after awhile
Replay
Moderate 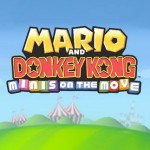 Mario and Donkey Kong: Minis on the Move