Nintendo’s stellar track record with the Mario franchise has spanned multiple genres, from finely tuned platforming to casual party games. Thanks to the talented team at AlphaDream, the plumbers’ names are also tied to the consistently entertaining Mario & Luigi role-playing titles. The series’ 3DS debut lives up to its reputation of clever writing, engaging battle systems, and ­gameplay ­variety.

The plot wastes little time in diving into the absurd, as Mario and Luigi find themselves learning about an ancient race of pillow creatures on Pi’illo Island. A new villain known as Antasma has trapped many of these creatures within dreams, and Luigi’s apparent skill at napping on command makes him the perfect candidate for freeing them. Dialogue is as funny as the series has always been, although I was a little sad to see Bowser take a back seat after his hilarious starring role in the ­last ­game.

Dream Team’s overworld is reminiscent of previous titles in the franchise, but hopping into Luigi’s dreams shifts the action to a 2D perspective. As you explore his subconscious mind, more platforming is present than has traditionally been seen in the past. Perfectly-timed leaps and feats like wall jumping aren’t necessary, but it’s still nice to see a ­throwback to Mario’s roots.

While in dreams, the sleeping “real world” Luigi can be manipulated on the bottom screen when indicators appear on the top screen. With these, you can fling the dream version of the plumbers with Luigi’s mustache, create gusts of wind by itching his nose and making him sneeze, affect gravity by rotating a raft that he’s sleeping on, and more. Throughout the game, it constantly introduces new ways to interact with Luigi’s dream world. With their novel tweaks to the standard platforming, they are a great ­addition to the mix. Platforming may be more present this time around, but combat is still confined to the timing-heavy turn-based system of the past. Dodging and counterattacking are still important strategies, and they’ve been enhanced by allowing the plumbers to move during some enemy attacks. With the variety of enemy types and attacks to be seen, I never dreaded jumping into ­frequent ­battles.

Core elements like combat, humor, and variety are handled well in Dream Team, and it also does plenty of little things right. A giant list of battle challenges is silently updated in the background, rewarding you with coins for impressive feats. Leveling up occasionally awards you with a new rank (Mushroom, Flower, Star, etc.) that comes with permanent and useful upgrades (new gear slots, HP/attack bonuses, etc.). A fun badge system is in place that lets you mix and match the brothers’ items for various benefits like instant revives and damage boosts. Side activities like finding stat beans and assembling photographs offer a nice distraction from the ­main ­story.

Even if you ignore most of the side activities, Dream Team will likely clock in around 40 hours. If you’re a completionist, a playtime upwards of 50 isn’t out of the question. This is the most substantial entry in the series, and I was consistently surprised when I thought the ending was in sight, only to learn that I was nowhere near it. Getting your money’s worth won’t be an issue, but I did feel like I was ready for it to end for the last five or ­so ­hours.

AlphaDream has come through again with Dream Team, an entry that lives up to the great reputation of a series that now spans three generations of Nintendo portables. It may be surprisingly long, but the dozens of hours of gameplay are filled with laughs, exciting battles, and plenty of charm. 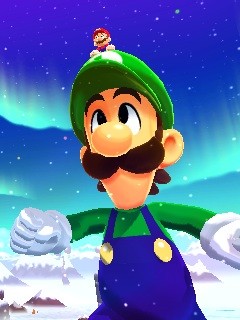 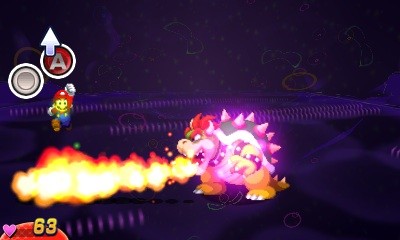 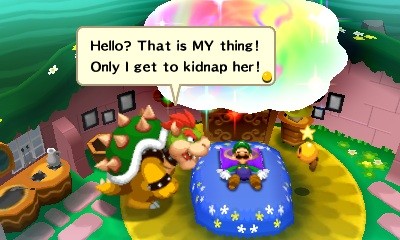 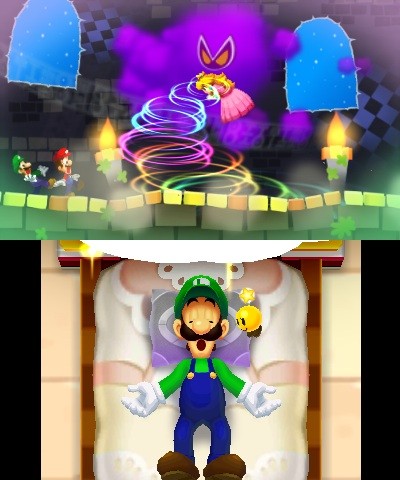 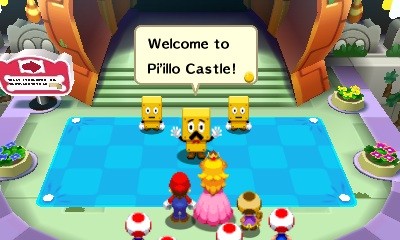 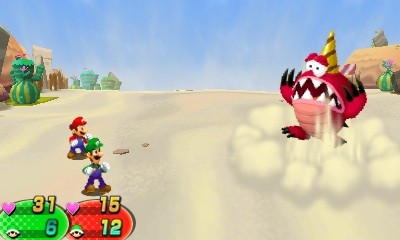 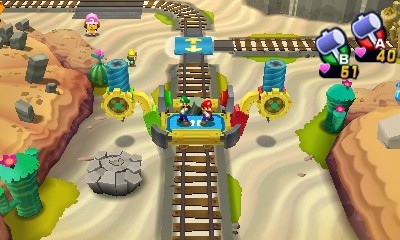 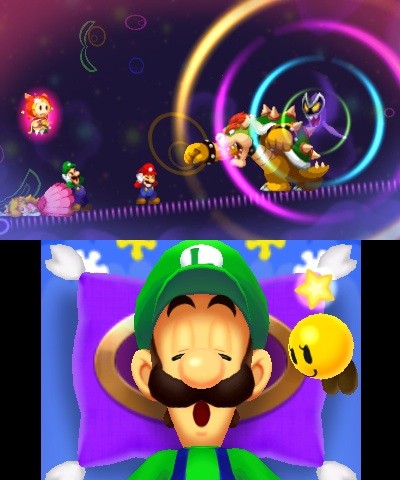 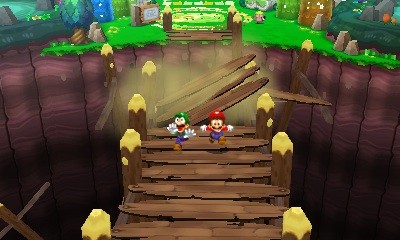 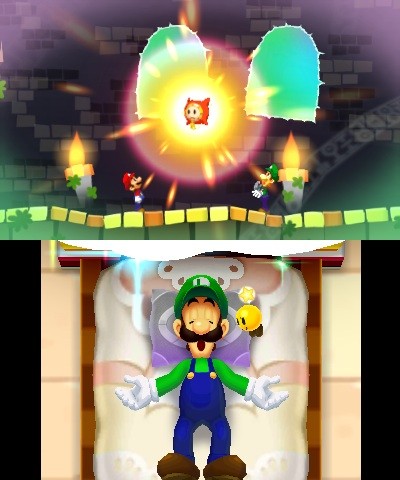 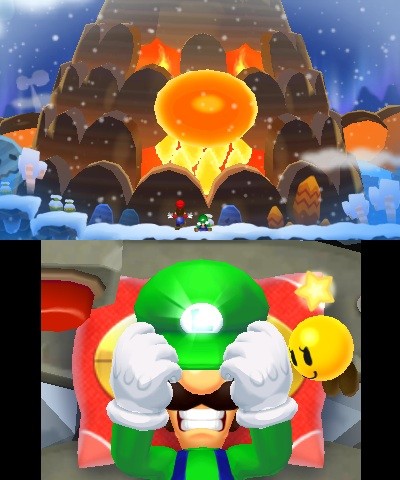 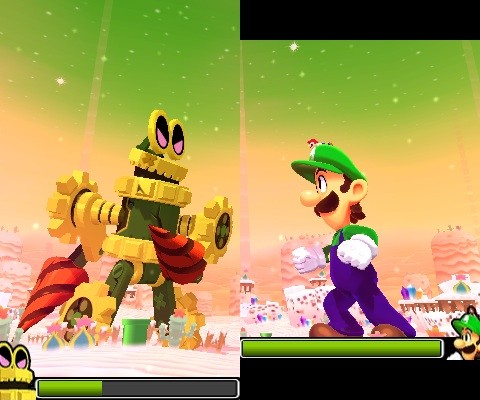 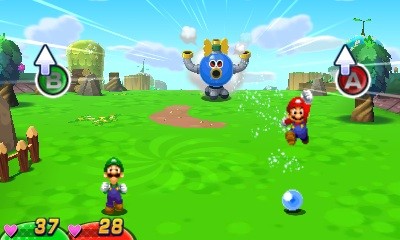 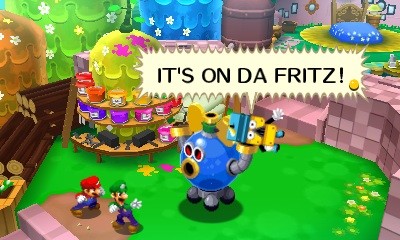 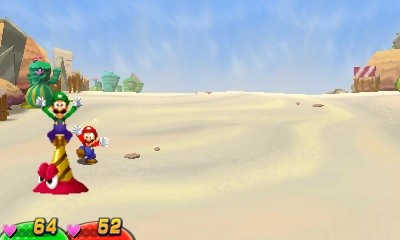 AlphaDream has come through again with Dream Team, an entry that lives up to the great reputation of the series.

Purchase More Info
8.5
i
Game Informer's Review System
Concept Explore the surreal dreams of Luigi in another RPG adventure
Graphics The dream sequences look great as backdrops for the traditional Mario & Luigi style
Sound Leisurely seaside towns and intense boss battles are accompanied by fitting tunes
Playability Some battles test you, but the combat system is tight and fair
Entertainment Dream Team is a long ride, but it’s worth the time investment
Replay Moderate