Of all of the sports games I’ve reviewed over the last 19 years, Major League Baseball 2K11 drew the largest crowds. Most of the editors clamoring for a good view knew nothing about baseball, and were in attendance solely for a laugh produced by a glitch or bug. More times than not, the game delivered. We watched a center fielder leap 30 feet into the air to rob a home run. A catcher ran full tilt into a backstop after an uncatchable foul ball, breaking his wrist for the season. The biggest applause came when a player appeared out of thin air next to a batter and didn’t disappear until the inning came to an end. He stood there clapping as bats were swung right through is body.

When I first started playing Major League Baseball 2K12, the office was buzzing with anticipation for a repeat performance. A few hours after beginning my review, a few editors asked me if I had broken the game yet. My response to them was, “No, 2K fixed most of the bugs.” A large portion of Visual Concepts’ development time was spent correcting many of the mistakes that plagued last year’s game.

The result is a playable game of baseball free of superhuman catches and embarrassing actions that lead to injury. This series is getting on track, and it has a fantastic presentation to back up its improved on-field performance. Broadcast-like camera cuts are used frequently to show off game-changing moments and frame a player that the commentary team is talking about. John Kruk, Garry Thorne, and Steve Phillips are my favorite part of this year’s game. Their conversations are lively and true to a real baseball broadcast. Throughout the course of my franchise’s first season, they lent a wealth of knowledge about my current opponents and did a nice job of updating me on the progress of my players and team.

The bad news about the presentation: The player models are showing their age, which makes those close-up camera shots laughable. Visual Concepts certainly paid attention to high-profile players, but those who aren’t on an All-Star ballot could double as zombie extras for The Walking Dead.

In addition to ironing out the glitches, 2K worked on the fielding and base running animations. Batters no longer look like malfunctioning robots when they sprint out of the batter’s box. The transition from the hitting to running animation is smooth, and the runner appropriately approaches first for all hit types (and half-asses it on sure outs).

A fielder is much more graceful in his pursuit of a ball, but I often saw it magically move a few inches to sync up with his animation, even if it appeared to be out of reach. In these instances, the ball can warp through the back of the glove. This occurs most often on lunging groundball stops and double play attempts where the second baseman has his back to the shortstop holding the ball.

Players are usually well positioned, but they don’t always react the way they should – or at all, in some instances. When I was testing out home plate collisions (which look great), I gave the catcher plenty of time to get into position. On numerous occasions, he positioned himself to receive the incoming throw, but wouldn’t motion to grab it. Some sailed right by him, while others bounced through his legs. More perplexing yet, in a horribly botched stealing attempt, I retreated to first and became part of a rundown. I retreated to first safely with a headfirst dive. Seconds after this action, the first baseman dove directly into my body; we both shared the same space before I got to my feet. Even when controlled by the gamer, players occasionally take a few unnecessary steps before throwing – a delay that leads to tailor-made double plays turning into just one out.

As odd as these events were, they are the only major glitches I encountered in my playtime. This is a significant change from last year. Most of my games were free of game-breaking moments.

The rest of the game is largely unchanged from last season. Directional hitting is easier, and the transition from batter’s box view to field no longer runs into framerate issues. With that said, I encountered periodic frame losses a second after the pitcher threw the ball toward the plate. These hiccups didn’t affect my performance too much given their infrequency, but they did usually lead to me swinging and missing.

Pitching uses this series’ aged-in-oak motion mechanics, but is made a little more interesting by pitches gaining and losing effectiveness as the game goes on. This system is easy to read and has a great impact on the performance of your hurler. Batter AI picks up on tendencies, which means that even if something isn’t working, you can’t rely just on one pitch. It’s a fun little game within a game that breathes new life into an old yet reliable mechanic.

The only change made to the My Player mode is the ability to select the framework for your player (like a slugger or base stealer). Since experience points can be spent however you see fit, it really doesn’t matter in the end. This experience ends up feeling exactly the same as last year’s effort. The same can be said of Franchise mode.

The only new experience added (outside of the new Million Dollar Challenge format) is MLB Today Season, which I consider a throwaway novelty. All it does is let gamers play along with a real MLB season in real-time, taking into account player streaks, slumps, and injuries. This means you can only play one game a day.

Online functionality fares incredibly well. I didn’t run into much lag, and even when it did feel like there was a slight delay in my timing, the game recognized my intent. A week after launch I had no problems finding matches and leagues to join.

Visual Concepts has fixed most of the problems that made last year’s game such a horrendous experience, and appears to be in a good position for next season (if 2K signs another contract with Major League Baseball). The game is still rough around the edges and can be infuriating at times, but it is a passable baseball experience for 360 players that need their fix. PlayStation 3 owners should stick with The Show. 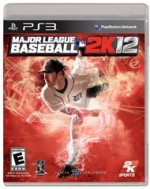 After a disastrous showing last season, 2K puts a better game on the field.

Purchase More Info
6.75
i
Game Informer's Review System
Concept A year dedicated to fixing bugs and making a product that more closely resembles the game of baseball than a video game tester’s job
Graphics New accessories like sunglasses and necklaces can't divert attention away from the hideous player faces. Animations are improved, but the correct AI isn’t always tied to them
Sound The commentary is the best part of the game and the biggest improvement over last year
Playability Although the pitching mechanic remains the same, new strategies are tied to pitches losing and gaining effectiveness as a game goes on
Entertainment t’s playable! But rather than delivering a new experience, it feels like a patched version of last year’s game
Replay Moderately High