Majin and the Forsaken Kingdom

Some stories are eternal. Legends like Homer’s epic poems, Aesop’s fables, or Grimm’s fairy tales have infected our pop culture to such a degree that you probably know the details of their stories even if you’ve never read them. As the ages have marched on, however, countless other tales have been carried away by the wind. Majin will likely float away before long, and its redemptive story about a corrupted land will eventually be forgotten, which is a shame, because parts of Majin are worth remembering.

This fable begins with an idyllic kingdom – a land that flourished for centuries until a dark tar began to seep out from the royal castle. Overnight the mighty civilization was swallowed by the dark. Tainted warriors rose up out of the ground, consuming the kingdom and its inhabitants. Only a few roving bands survived in the bordering wastelands. One day, a young boy with the ability to talk to animals decided to sneak back into the heart of darkness and unchain the world’s only remaining hope: a gigantic protector called the Majin.

The story of Majin is epic in concept alone, it’s unfortunate that some of its storytelling elements aren’t as refined as we’ve come to expect from modern narration. The main protagonist doesn’t have much personality, merely reacting to events as he is carried forward. I never got a sense for who he was or why I should care about him. You spend much of the game talking with small forest animals such as mice and birds, but the voice acting for these creatures is so juvenile that I was reminded of a librarian reading Fun with Dick and Jane to a group of toddlers.

Story aside, most of the gameplay revolves around the relationship you form with the gigantic Majin. When you first encounter this intelligent beast, he is weak from a century of captivity, but like a loyal pet he follows you around and obeys your commands. As you begin to rid the curse from the land, the Majin grows stronger and learns new abilities that aid you in both puzzle-solving and combat. Help the Majin regain his wind ability and he’ll blow obstructions from your path or knock enemies off their perch with a bellow. Restore the Majin’s electrical powers and he’ll stun enemies with lightning blasts or power electrical devices that help you reach new areas.

The environmental puzzles are often clever enough that solving them feels like a rewarding achievement, but I enjoyed the light puzzle elements that seeped into combat the most. You can charge headfirst into battles and overpower your foes with your combined might, but that isn’t always the best approach. It’s worth scouting areas ahead of time and laying traps for your foes. For example, you might be able to sneak to the top of a parapet and take out a few archers from behind, then lure the remaining foes into a canyon where your Majin is waiting to roll a boulder over their heads.

Majin reminds me of the companion adventures in games like Ico. The notable difference here is that you are the weaker entity. This is a dynamic you’ll appreciate all the more during the brief sequences you have to separate from the Majin. While you might take on a dozen enemies or so as a team, fighting more than two foes by yourself is a trial. Sneaking becomes very important once you crawl into environments that the Majin can’t access, and while the enemy pathing is relatively basic and the AI immediately forgets about you once you are out of eyesight, these sequences provide a nice change of pace from the rest of the game.

Like an ancient manuscript from a bygone era, some moments feel like they were designed two console generations ago. The world is laid out on a giant grid, so the environment feels fairly artificial and lacks a certain amount of believability. There is also a fair amount of backtracking, and the game doesn’t always point you in the right direction, which is more annoying when you accidentally leave one area for a few seconds only to come back and find that the enemies you just beat have magically returned. If these kind of ancient gaming weaknesses don’t bother you, then Majin will deliver an experience that you won’t soon forget – even if the rest of the world does. 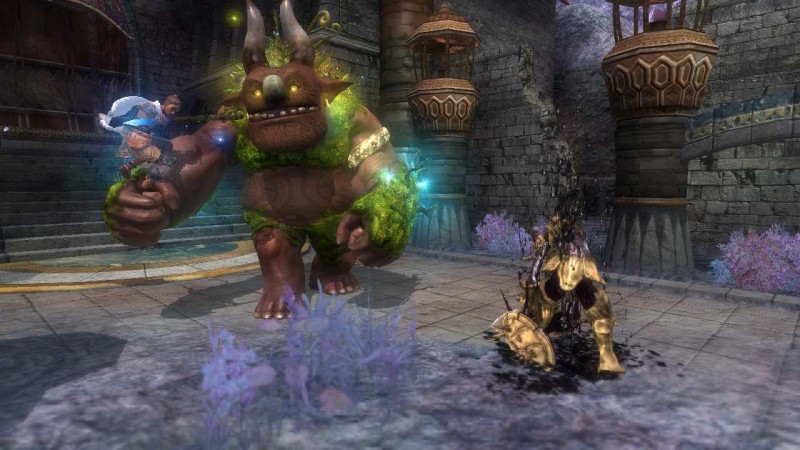 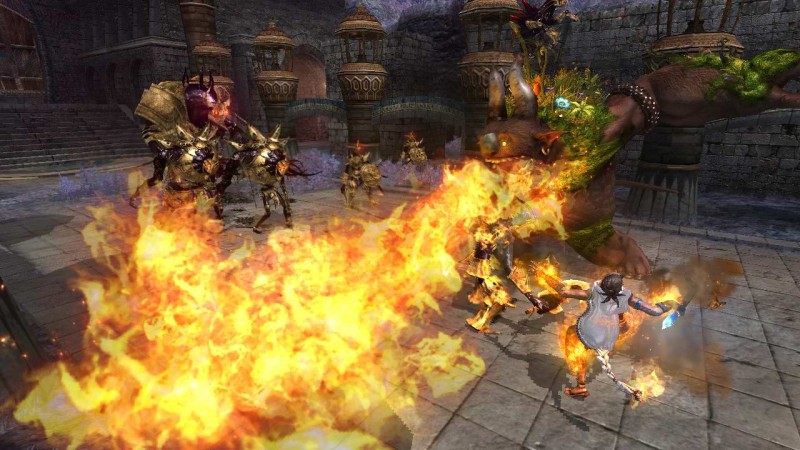 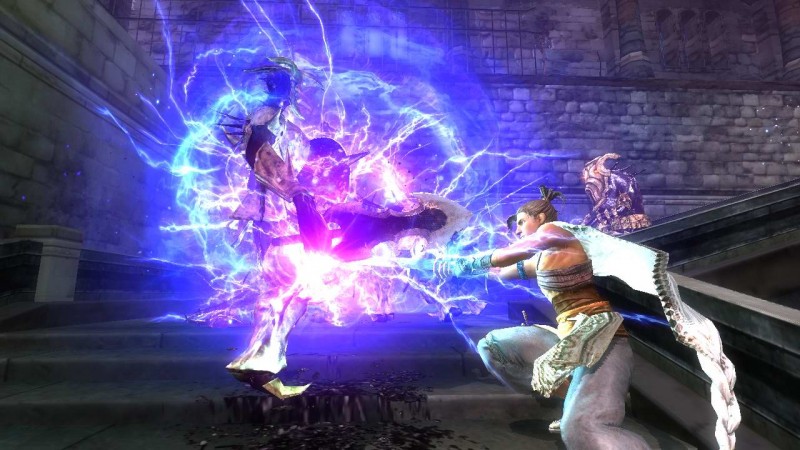 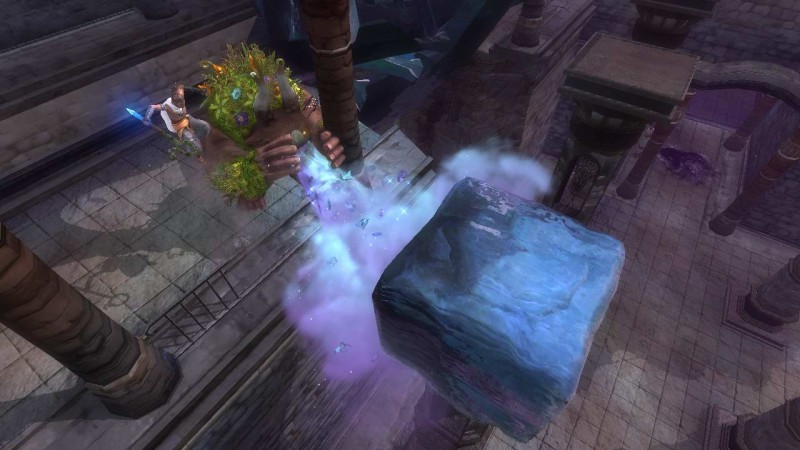 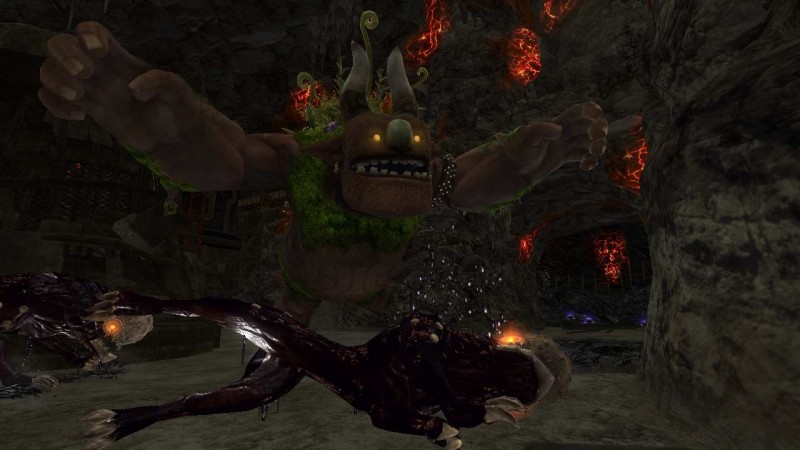 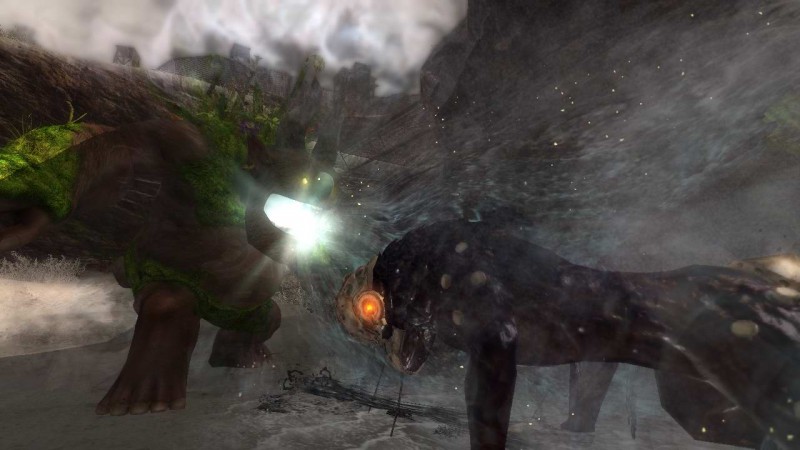 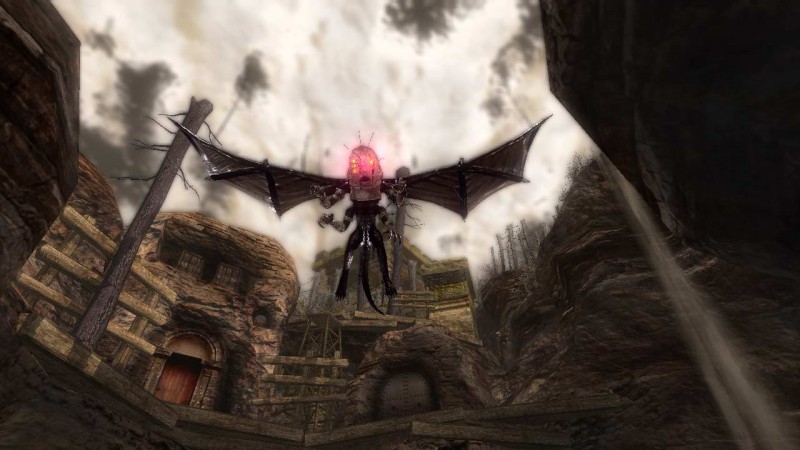 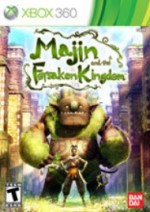 Majin and the Forsaken Kingdom

Game Republic tells a classic tale of redemption, but does its gameplay stand up to the story?

Purchase More Info
8
i
Game Informer's Review System
Concept The world has been corrupted and only you and your pet-like Majin can heal it and bring prosperity back to the land
Graphics A lot of creative character design are in this game, but the graphics aren’t detailed enough to let the unique art style shine
Sound Majin has a cool soundtrack, but I wish they had stuck with subtitles for the dialogue. The voice acting is terrible
Playability The combat system is fairly basic, but a few of the puzzles will take time to piece together
Entertainment If you can put up with all the backtracking and sometimes tedious combat, Majin offers a rich adventure
Replay Moderate