You can always count on John Madden and EA Sports to crash a launch party. When the DS, Xbox 360, PS3, PSP, and Wii all released to the public, America’s favorite coach-turned-commentator was there to commemorate the occasion with a shoddy, half-baked entry to the popular football franchise. You’d think after five consecutive failed kickoff attempts EA would learn its lesson and choose to stay on the sidelines for the first quarter, but the 3DS version stubbornly follows the other launch titles into a bad situation.

Unlike the infamous Xbox 360 launch, at least the 3DS version is playable. Developer EA North Carolina admirably crammed the traditional Madden controls onto the 3DS, and the moment-to-moment action doesn’t feel markedly different from the console experience. Players move with a proper sense of momentum, and you can use the touchscreen to make pre-snap adjustments to wide receiver routes.

If you’re looking for a game that demonstrates the value of a 3D display, I recommend looking elsewhere. The game doesn’t do much to take advantage of the functionality other than a few slow-motion spotlight moments that give you a chance to watch the 3D player models up close. Rain and snow effects could have capitalized on the technology, but I never played a game in the elements and you can’t predetermine the weather before games. If I looked at the bottom screen to choose an audible or play, it sometimes took a second for my eyes to readjust to the 3D effects up top, which can cost you precious seconds with the play clock winding down.

The GameFlow automatic playcalling system introduced last year is present, which helps keep the game moving along quickly. Hardcore fans will want to turn it off, however, as the problems that plagued the system haven’t been fixed. It fails to recognize and match passing formations with nickel and dime packages when you’re playing defense, which puts you at a severe disadvantage. Unlike the next-gen versions, you can’t go under the hood to fine-tune the type and frequency of the playcalls either.

With the lockout in full effect, this version keeps the rosters from last season intact, but with one large annoyance. Many of the players who wound up on the injury report last season haven’t been re-inserted in the starting lineup, so you need to manually make the changes yourself. This also applies to the five-on-five rosters, but you inexplicably can’t choose your five players, meaning you have to settle for lesser players like Bernard Berrian over much more effective stars like Sidney Rice.

Some small annoyances also keep the game from competing on the level of its brethren. If a ref makes a questionable call you don’t have the opportunity to challenge, and the game lacks a true hurry-up offense option if you’re using GameFlow. You can get to the line of scrimmage, but precious time is automatically taken off the clock.

When the pressure gets heavy in the pocket, the console versions allow you to sprint out of harm’s way. On the 3DS your quarterback can’t turn on the jets to avoid the rush until he’s well out of the pocket or across the line of scrimmage. The game also deals with fumbles improperly, stopping the play if an offensive player recovers the ball or a punt returner picks up the ball after flubbing the catch.

Though the gridiron action won’t get EA booed off the field, the questionable decision-making regarding the game modes will. Madden 3DS features no multiplayer or franchise modes. All you get is a bare bones season mode that doesn’t even keep track of your season stats (a feature that even Tecmo Super Bowl mustered on feeble NES technology). You can play a full season, half season, or the playoffs. That’s it. No draft, no player trades, and no contract negotiations with free agents.

In an era where millions of football fans obsess over stats, build fantasy teams, and even tune in to watch NFL combine drills, I’m not sure what audience EA is targeting by stripping Madden of its core multiplayer and franchise mode features. Nintendo handhelds may not always attract hardcore gamers, but that doesn’t mean football fans who own the devices don’t want a fully featured game. 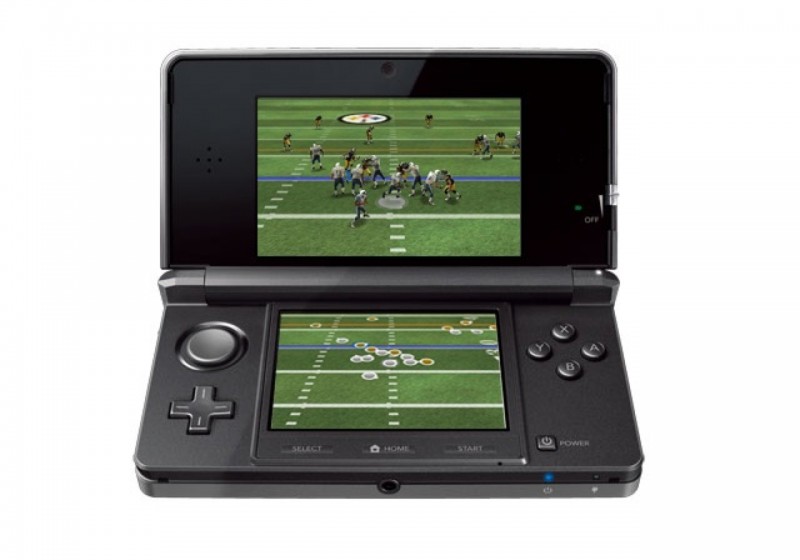 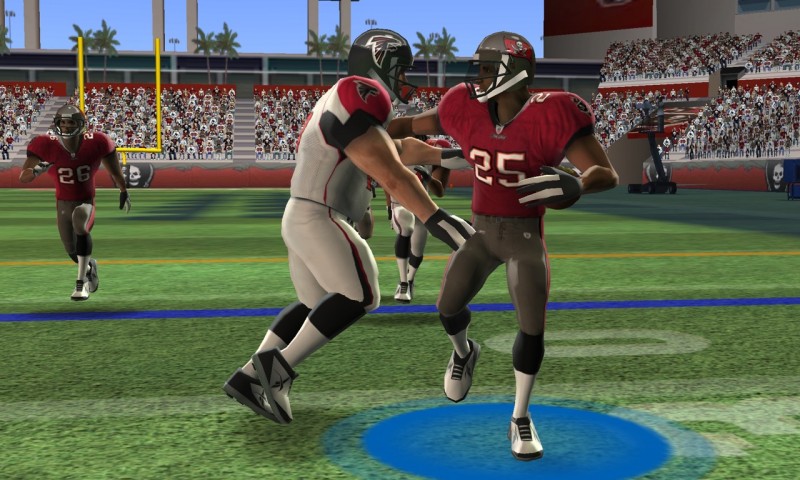 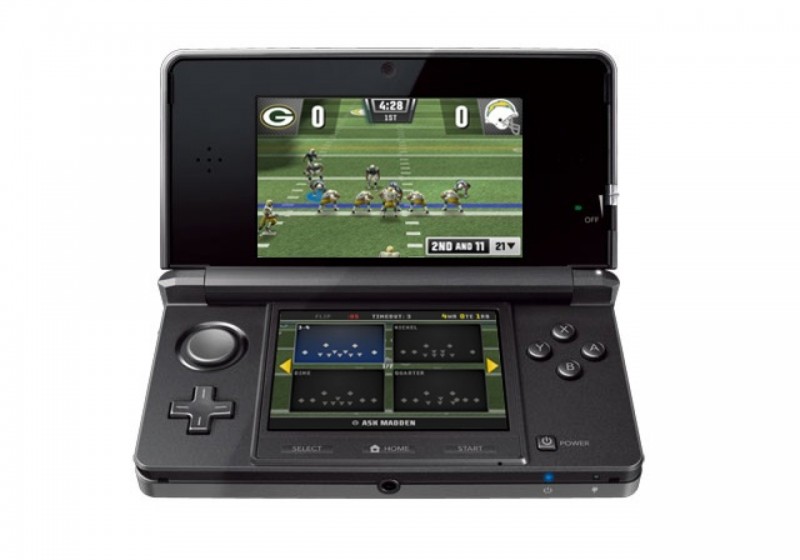 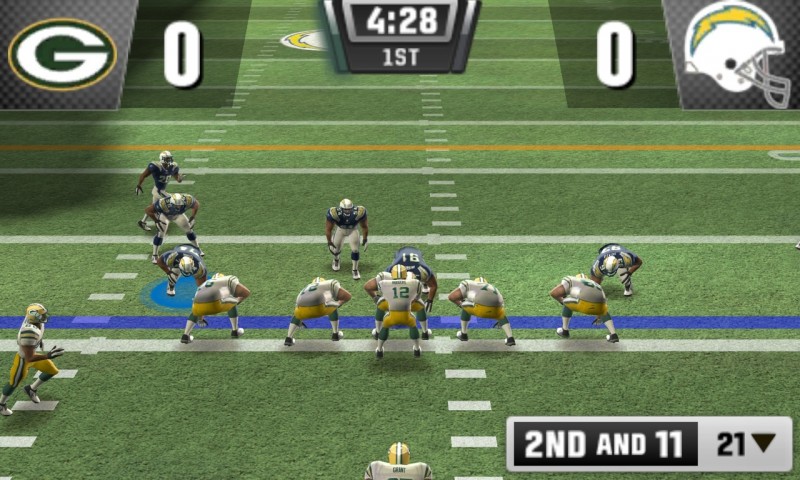 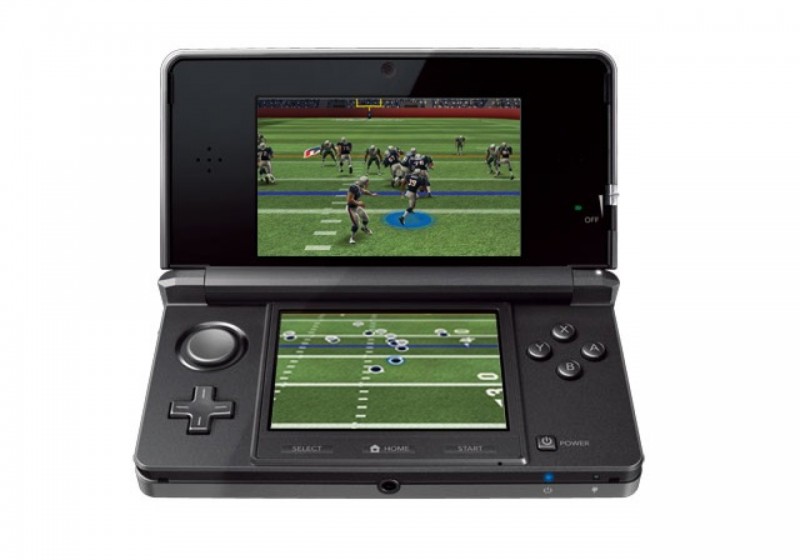 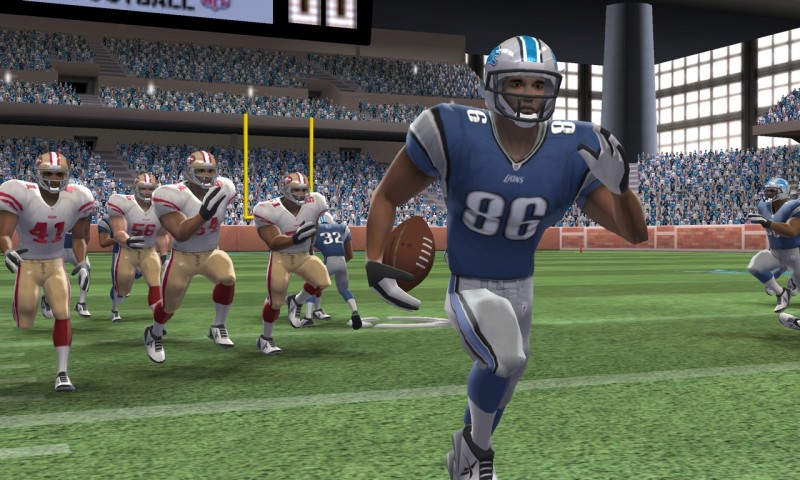 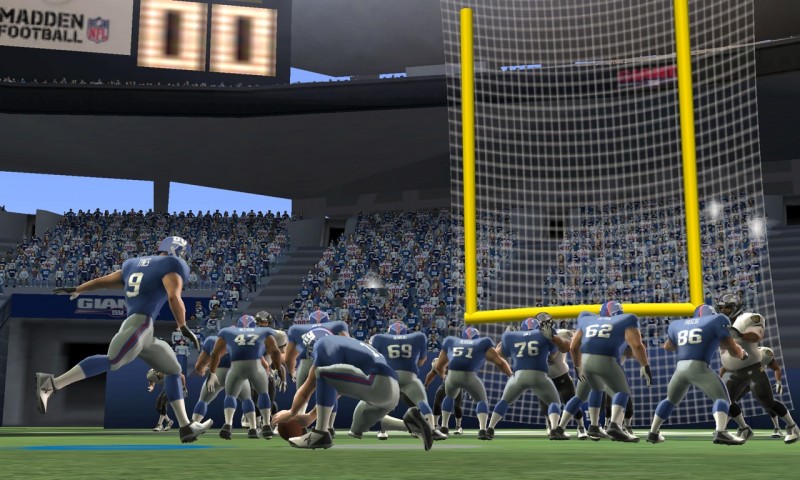 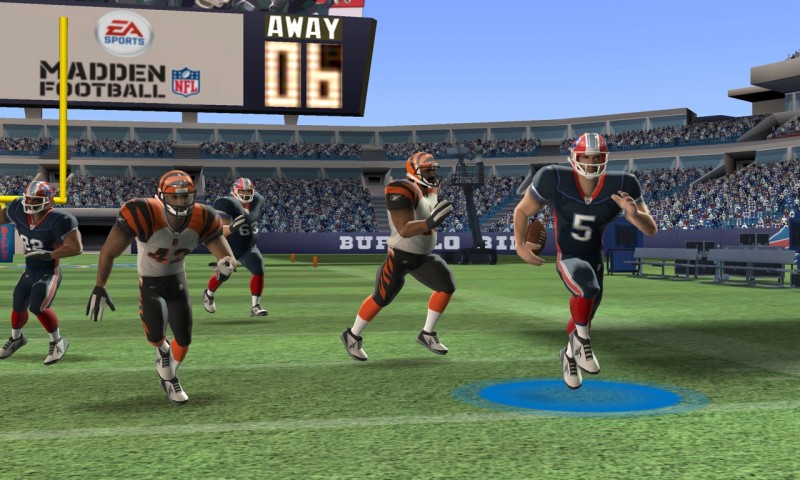 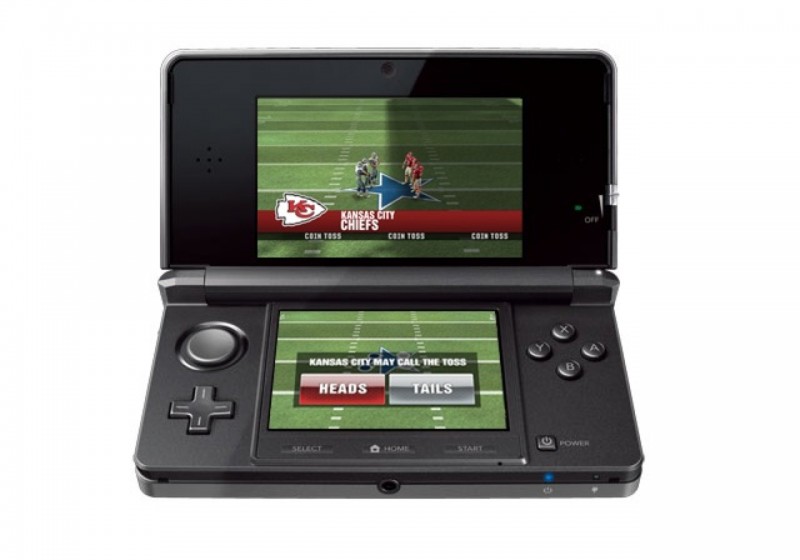 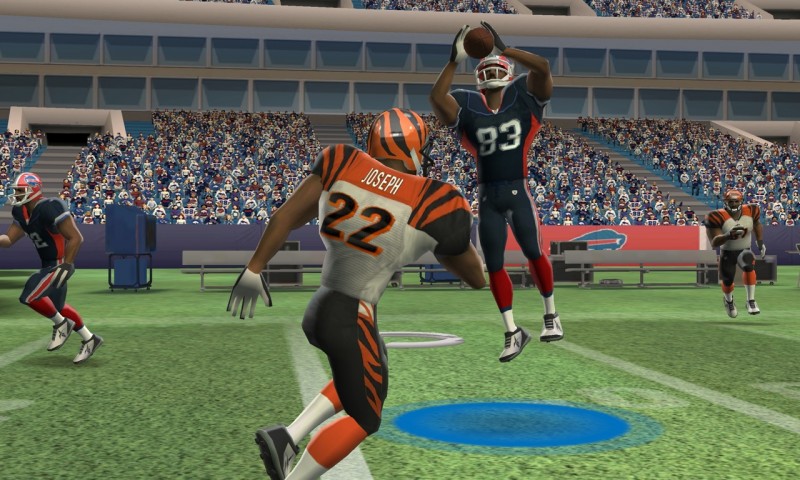 Madden NFL Football
Purchase More Info
6
i
Game Informer's Review System
Concept Strip an otherwise competent handheld version of Madden of all replay value
Graphics Player models fall somewhere between the cartoonish Wii version and the realistic players found on the other consoles
Sound Gus Johnson and Chris Collinsworth call the action, and the music soundtrack from Madden NFL 11 returns for one more series of downs
Playability EA North Carolina did a great job of shoehorning the traditional Madden controls onto the 3DS
Entertainment With no franchise mode, no multiplayer, and no stat tracking in the season mode, there’s no incentive to purchase this game unless you crave exhibition games
Replay Low