Football is the perfect mix of brain and brawn. Split-second smarts are needed to read and execute a play correctly, but superior physical skills determine what ultimately happens. However, in Madden, despite the myriad controls and required stick skills, playing offense used to be mainly about calling the right plays and recognizing defenses. This year, gameplay changes to the passing game in particular require both a sharp mind and quick fingers. These and other tweaks combine to bring the game to life like never before.

The optional catch buttons give you more choices as a receiver, and using them correctly often means the difference between a catch and an interception, or a mere completion and a touchdown. Knowing which catch to initiate (aggressive, possession, or run after the catch) is key, but so is the timing of the button press. Doing it early can change the receiver's route – and not always for the better. Pressing it late won't produce the full effect. Quarterbacks also have distinct high/low pass buttons to go along with the left stick aiming, offering even more control. The results aren't always perfect, but they give each pass play a dynamism not previously seen. Shoelace and sideline grabs, where only the receiver can catch them move the chains, and sometimes you never know who's going to catch the ball until the players untangle after the whistle. Another boon to this year's passing is that sidelines are less magnetic, enabling you to swing it out to your checkdowns with confidence.

Using the catch controls on defense is naturally harder since you're reacting to the action, but the game does a good job not making the receiver's aggressive catch, for instance, too powerful. The natural variance in gameplay outcomes is exciting. I saw just as many deep balls intercepted or punched out by a defender as I saw jump balls favoring receivers, for example. Tipped balls, however, pop up a little too high, leading to many interceptions. Apart from the interactions between receivers and defenders, you see plenty of unexpected outcomes. Overthrows and more penalties like offensive and defensive holding are welcome mistakes that add to the realism (although there still isn't much pass interference), and Madden 16 finally delivers gang tackles with satisfying physics.

The A.I. is also better this year. I play on All Pro, and although quarterbacks have the same low stats when simming, there is a bigger gap between good and bad/average passers on the field; the good ones can even pick you apart. The lanes for A.I. running backs are bigger as well. For the first time ever I actually had to call more than three defensive plays to keep offenses in check.

The running game was disappointing last year, but the interior running game has improved thanks to better precision running (by holding down the left trigger) and the fact that when you run up your blockers' backs, you automatically shuffle your feet and disengage or spin off. The alteration isn't drastic, but it's enough. Blockers out front on the perimeter can still have trouble prioritizing targets though.

Madden 16's gameplay is a great step forward for the series, but the progress of the game modes is less definitive. Franchise mode still needs more depth and tools, such as being able to hire your own coordinators, in order to give you true control over your team. As an owner you get more money to sign players, but the fan reaction, economy, and feedback system still don't feel like they're all appropriately in sync. The landing screen received an unnecessary facelift, which only serves to hide the NFL news that gives you a flavor of the season as well as potential draft tidbits. Speaking of which, during the draft you finally have all your scouting info handy while you make your pick (including the helpful ability to add players to a draft wishlist), but I'm lukewarm on the new scouting itself. You get letter grades of a player's top-three attributes, but you can't scout specific attributes.

At least the confidence system is better balanced so there's less chance of players bottoming out, and the drive goals addictively feed their confidence and growth via XP. The drive goals can be contextually smart during a game or season. Fumble one drive and you may be tasked with not doing so the next. Also, the goals and XP rewards for a player of Tom Brady's stature are scaled differently than a rookie's. During a game, the drive goals are not a roadmap to winning, but rather an alluring secondary goal. Lots of times you're not even aware of a player's drive or weekly goals, but you're satisfied when you see the XP and confidence numbers float off him like in an RPG nonetheless.

The rest of the modes are largely unchanged. The new Draft Champions mode is cool because it's a relatively quick experience that exposes you to different types of team builds. On the downside, it's hard to become endeared to your team since the players you choose from are random and you might not even understand your team's play style.

Changing Madden's modes isn't the priority this year, but you shouldn't skip this year's game. After years of fitful progress, Madden 16 finally puts its gameplay pieces together and delivers a truly dynamic on-the-field experience.

This review covers the PlayStation 4 and Xbox One versions. The game is also available on PS3 and Xbox 360.

Click on the vide below for our Test Chamber with the game.

8.75
About Game Informer's review system
Concept
Passing game improvements noticeably betters the on-the-field experience
Graphics
Probably the only addition you’ll notice is the impressive new on-field presentation touches. Regardless, it’s a sweet-looking title
Sound
The commentators still have some out-of-context lines. Jim Nantz delivers some emotional swells, but this area needs a revamp
Playability
The new passing game controls take some getting used to but give you more options for making plays
Entertainment
This year delivers the kind of football moments we’ve wanted for a long time from the franchise. A clear step forward
Replay
Moderately High 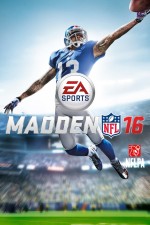