Lumines was the highlight of the PSP launch for me, and in the months of weak software support that followed, Q Entertainment’s music-infused puzzle game was the only thing that kept me playing the system. A hardware generation later, Sony’s new handheld is launching with Lumines: Electronic Symphony, but I can’t muster the same enthusiasm. After further iterations released on XBLA, PSN, PS2, and PSP over the years, Lumines doesn’t pack the same punch it once did, though it is still an elegant and addictive formula.

Electronic Symphony keeps the core gameplay largely unchanged, but surrounds it with a hit-and-miss assortment of new features. For example, you can use the Vita’s touchscreen to rotate and move the falling blocks, but it’s so clumsy and unresponsive that no serious player would consider it an option. I can’t get too upset at the useless touchscreen gimmicks considering that the traditional d-pad and buttons work as well as ever, but that still leaves the game at square one in terms of injecting new gameplay.

The Vita’s capabilities are put to much more effective use with the social options, broadcasting your scores and feeding you your friends’, which could whip up a serious competition if you know the right people. This works for any of the single-player modes (like the bite-sized time trials or the lengthy Voyage campaign), and provides a fun incentive to keep honing your skills.

One of the only changes to the mechanics is the addition of a shuffle block. Like chain blocks (which also return), these special tiles are embedded in falling squares. Unlike chain blocks, they are not helpful. Shuffle blocks randomize the colored squares in any connected mass of blocks they touch. In other words, any groundwork you’ve been laying for a big clear streak is haphazardly rearranged, leaving you playing cleanup instead. This randomness is only helpful in desperate last-second situations where anything is better than the mess you've created. Otherwise, shuffle blocks are frustrating at best and game-ending at worst; it seems like a feature that would be included in a series’ first outing, then removed in subsequent entries after profuse apologies.

Thankfully, many other changes do more to refine the gameplay rather than bring it down. The XP-based unlocks are a good way to progress, and the new avatar powers let you cheat a little to increase your score. The visuals feature more impressive backgrounds and effects, and multiplayer duels give you a way to keep playing if you get sick of playing solo. Best of all, Electronic Symphony draws you into a trance-like state where your mind is focused completely on colored blocks. This is aided immensely by the fantastic soundtrack, which is expertly arranged to give players plenty of highs and lows as they go through the tracklist.

The sound effects, music, and gameplay in Electronic Symphony fuse together to form an addictive and aurally pleasing experience. For better or worse, these are the same things I’ve enjoyed about Lumines since its debut. Even wrapped in some new features and an excellent soundtrack, it’s just more Lumines. This musical puzzler is a solid choice for new Vita owners, but it isn’t a must-have title in the larger gaming landscape. 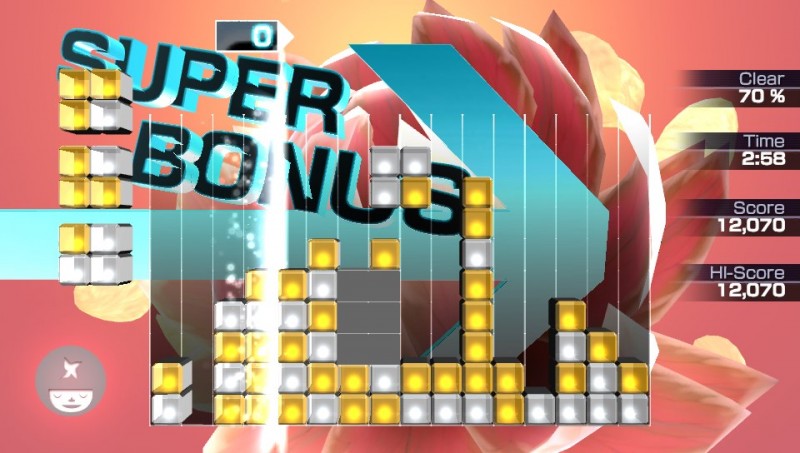 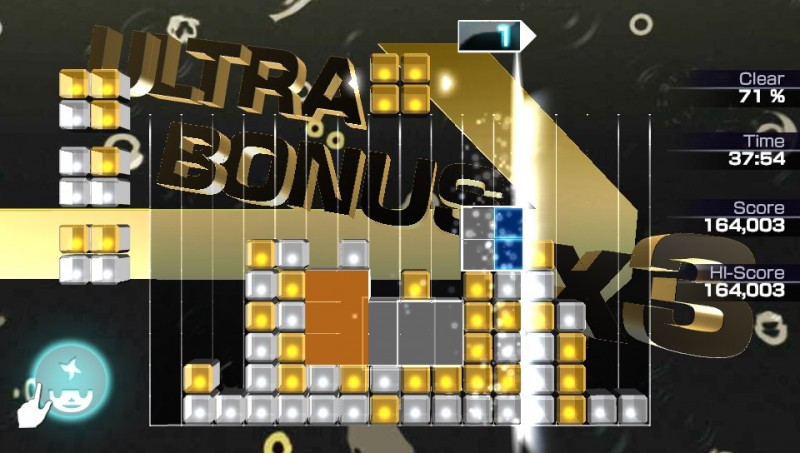 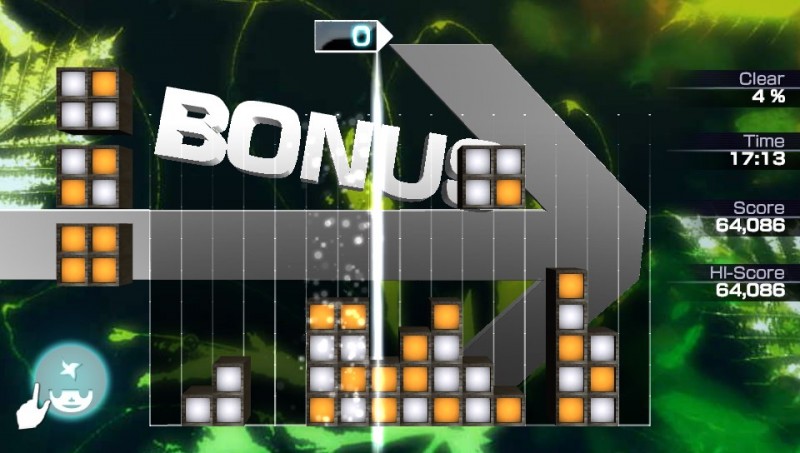 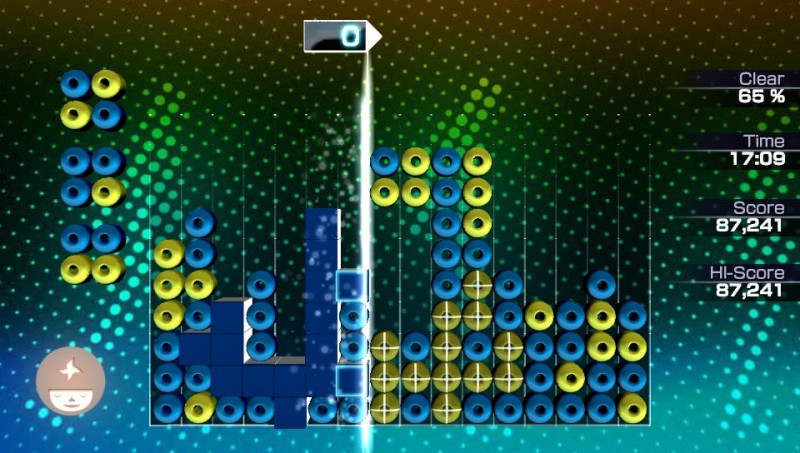 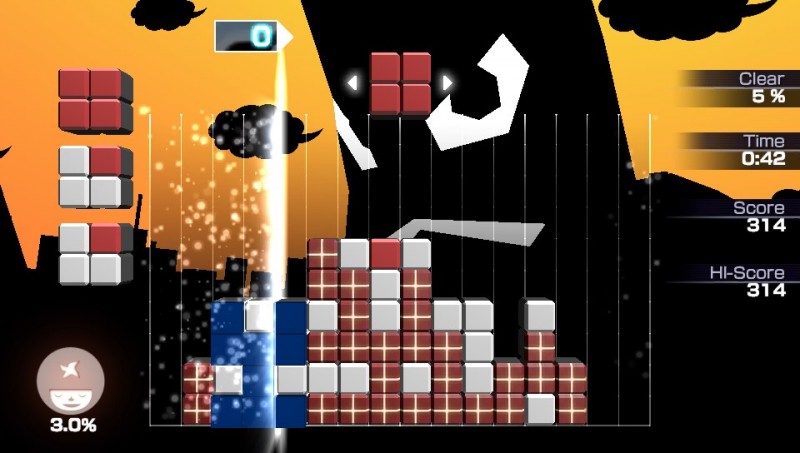 8
About Game Informer's review system
Concept
Lumines returns to commemorate the launch of another Sony handheld
Graphics
More tricks and effects with the blocks leads to fewer simple palette swaps for the skins
Sound
As usual, this is the area where Lumines shines. The soundtrack is top-notch, and blends with the gameplay well
Playability
Stick to the traditional controls, because the touchscreen option is garbage
Entertainment
Plenty of puzzling fun, especially if you’re new to the series. Veterans will find a few extra features, but no major surprises
Replay
Moderately High