As RPGs evolve and adopt more modern complexity, it’s refreshing to revisit the classic mechanics that helped make the genre what it is. Like I Am Setsuna (the previous title from developer Tokyo RPG Factory), Lost Sphear tries to capture the 16-bit era, paying homage to classics like Chrono Trigger and Final Fantasy. However, just like its predecessor, it fails to offer much beyond nostalgia. Lost Sphear feels like a journey I’ve taken before; it is a bland return to yesteryear without the novelty.

Lost Sphear places you in a world that’s disappearing bit by bit. Protagonist Kanata possesses the ability to restore the world’s memories. This puts him on a journey to discover why he has these powers and what they mean, and save the world along the way. The plot has its share of predictable moments, and the majority of the twists are visible from miles away. Intriguing developments don’t happen until late in the story, which is also when the characters finally start growing beyond their archetypes, like the childhood best friend and the hard-headed loner.

With boring and excessively drawn-out dialogue, Lost Sphear makes it challenging for players to stay invested. This is especially apparent in the ending, which extends over several fetch quests and bosses, not to mention an epilogue that takes hours to finish despite the fact your quest is apparently complete. Once the game focused more on the world’s origins and evolution, I became more interested, but it’s too little, too late.

Since Lost Sphear’s storytelling is nothing special, combat and customizing your characters’ skills are the key attractions. The ATB system from I Am Setsuna has improved, allowing control over character placement. You can now line your heroes up to target multiple enemies in a single strike. Better yet, you can also use movement to space out your party members so they’re not all caught in deadly AOE attacks. The momentum gauge returns, allowing you to power up your attacks when a blue flash hits the screen. You also eventually get access to Vulcosuits – powerful mechs that add interesting strategy to battle. The limited points available to use Vulcosuits make you plan when it’s best to bust them out, especially since they can’t be restored without sleeping at an inn or using a rare item.

Building your party members’ abilities offers a great amount of depth, and my favorite part of Lost Sphear. Depending on your collected memories (items you find while you fight enemies and explore), you can trade for new skills, counters, and momentum perks to equip on your characters. These have effects like activating a follow-up attack after using a skill, restoring HP, and increasing your defense. By restoring parts of the vanishing land with artifacts, you also get powered up, from increasing critical hit rates to speeding up ATB charge rates.

Taking advantage of all these tools is essential, as battles get downright vicious later in the game. Enemies frequently use instant death attacks, resurrection potions, and self-destruct abilities. These fights are flat-out frustrating because you might kill a boss without knowing it has a destruct ability that can wipe your entire party. Or maybe you begin a fight and your foe wipes half your party with its initial strike, something you can’t prepare for. I expect a challenge from end-game enemies in RPGs, but these battles often feel unfair, and simply grinding levels doesn’t solve the problem.

While I reveled in proving myself in battles, the same can’t be said for the exploration. I dreaded its repetition, specifically the backtracking, which is baffling given Lost Sphear’s short length of about 25 hours. You visit the same places and fight the same baddies multiple times. You can also expect to spend more time running errands and searching for things than making meaningful progress. This is compounded by vague directions and a lack of quest markers; finding my next destination became a challenge itself, adding frustration to an already-tedious element.

Lost Sphear has some good ideas and mechanics working together when it comes to battle, but everything else falls short and feels dull. The reused dungeons, backtracking, and slow-paced story don’t give me much to fight for, even if the end does come together in an interesting way. Sadly, the tedious grind through a milquetoast adventure is sour for far too long before paying off. 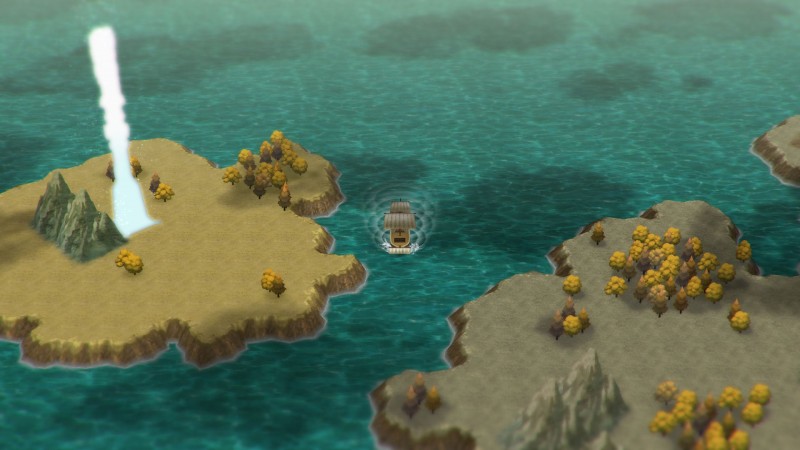 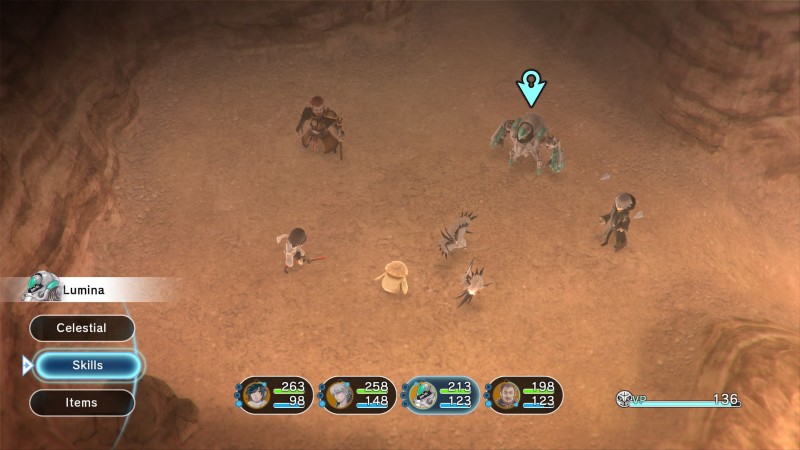 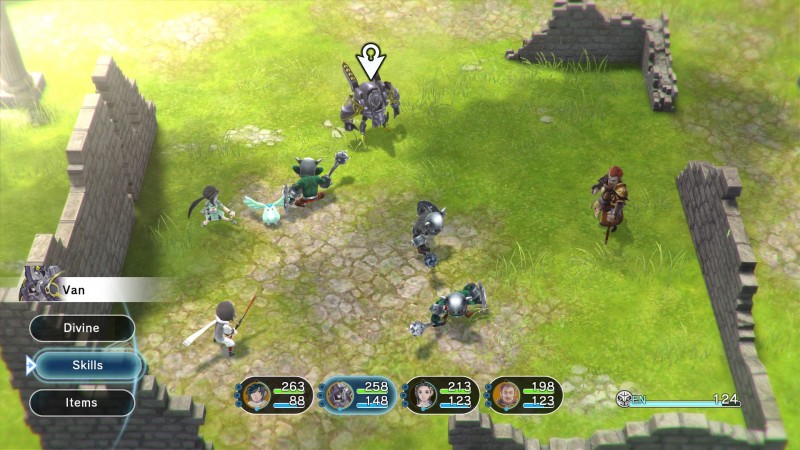 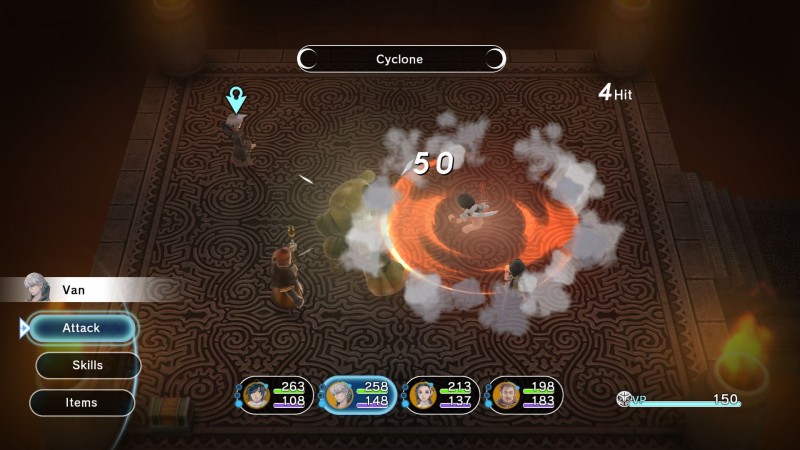 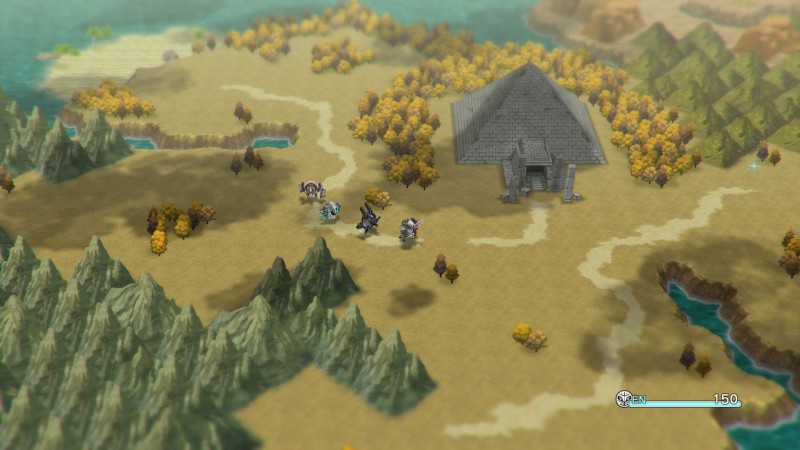 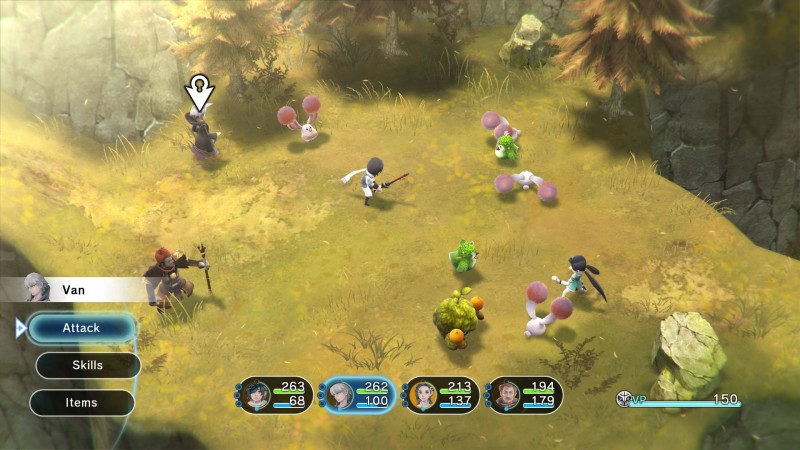 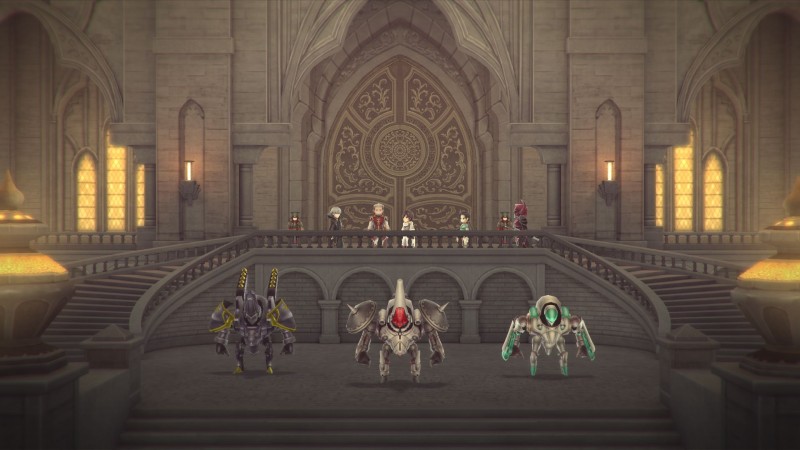 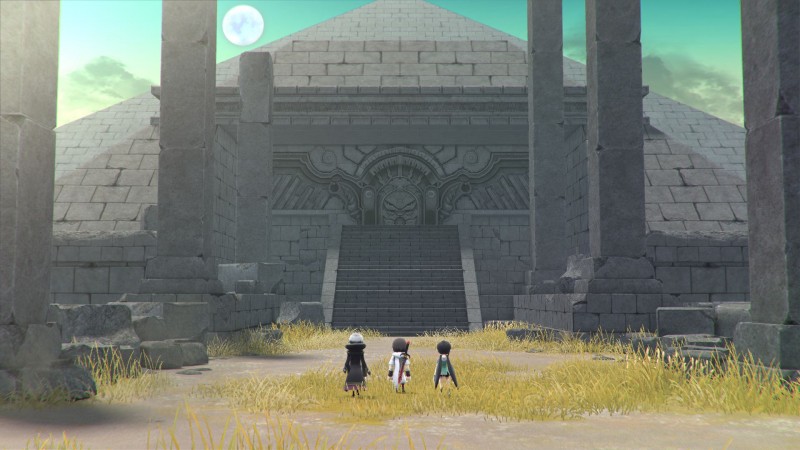 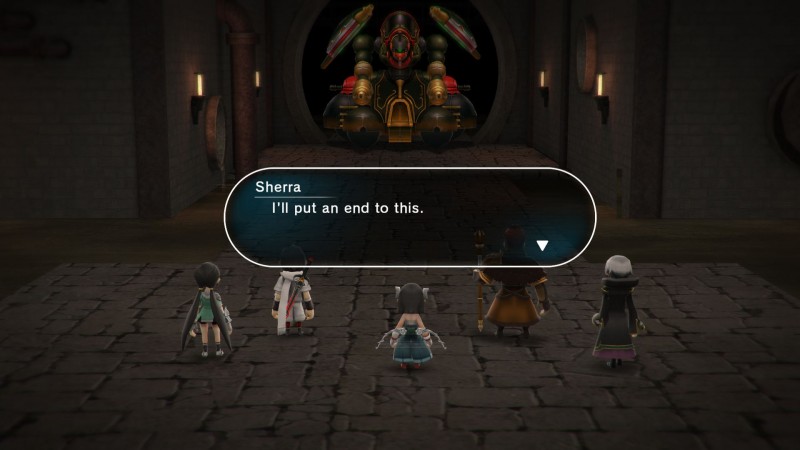 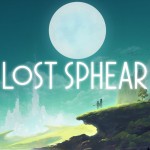 Lost Sphear has some good ideas and mechanics working together when it comes to battle, but everything else falls short.

6.5
i
Game Informer's Review System
Concept Parts of the world are vanishing and you must restore them in this homage to 16-bit RPGs
Graphics Minimalist visuals leave much to be desired, especially the uninspired dungeons
Sound The music isn’t terrible, but the repetition and lack of variety makes it wear out its welcome
Playability Simple controls and easy-to-understand battle mechanics are hindered by poor navigation and difficulty spikes
Entertainment The combat is fun and the plot takes some interesting turns, but that doesn’t change the frustrating design and tediousness
Replay Moderate