Voice actor Bill Watterson, the man behind the voice of Lost Planet 3's protagonist Jim Peyton, shares some of the extreme preparation necessary to take on his role.

Along with sitting in bathtubs full of ice every morning before heading into the recording booth, Peyton also worked with real Akrid in the recording studio.

Lost Planet 3 is coming to PlayStation 3 and Xbox 360 on August 27. The PC version is currently reservable on Steam. The number of people that reserve the game will dictate what kinds of bonuses players will get. 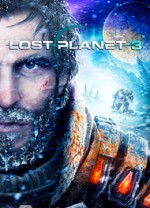