I have spent a significant (some might say embarrassing) portion of my life watching bad zombie movies. I say “bad,” but my fellow fans know the term is more affectionate than derogatory. These films may fall short by all objective measures of quality, but the formulaic gore and campy humor strike a charming chord for those willing to forgive some glaring faults. Bringing the same mindset to Lollipop Chainsaw is the only way to appreciate the best the game has to offer.

The premise is purposefully ridiculous. You control Juliet, a zombie hunter/high school cheerleader who carries around (and chats with) her boyfriend’s enchanted severed head. It has a bit of a Buffy the Vampire Slayer vibe, with a cavalier Juliet fretting about typical high school problems as she slices through an army of the undead. This scenario leads to plenty of funny moments during the approximately six-hour campaign. Not all jokes hit the mark, but they shine brightest when they focus on the contrast between innocence and violence.

Though the writing can be entertaining, Juliet spends the bulk of her time slaying zombies. Combat doesn’t have the depth of a game like Bayonetta, but it requires more than simple button mashing. You string together combos using the chainsaw and pom-poms, chopping off heads in an entertaining series of stylish and acrobatic contortions. The soundtrack accompanying the action is an eclectic mix that works surprisingly well – I laughed out loud the first time I activated Juliet’s super mode and Toni Basil’s “Mickey” stared playing. You progress through blocked-off arenas that require you to kill a specific number of zombies before proceeding, though sometimes you get to do something different. These diversions range from amusing (driving a combine through a zombie-filled field) to dreadful (protecting your boyfriend as he runs bases in a ballpark), and each time I was thankful to return to the normal undead dismemberment. The gameplay is straightforward, but something about simultaneously decapitating a crowd of zombies amid a shower of rainbows and hearts remains satisfying all the way to the end.

Performing multiple kills earns you bonus medals, which are used to purchase more moves as well as upgrades for stats like health and strength. After buying certain powerful moves, Juliet’s effectiveness in battle skyrockets, but I didn’t feel like her ability progression was well paced. I wish she knew more moves from the beginning; buying basic and unimpressive combos only delays players from getting to the good stuff, which isn’t even available to purchase until you reach specific points in the story.

Super-sexualized women are nothing new to gaming, but Lollipop Chainsaw doesn’t stop at displaying a busty protagonist in short skirt. Dialogue often crosses into the realm of misogyny, from zombies who call Juliet a wide variety of crass and unprintable female-specific names to classmates who express thanks by saying “I never thought I’d get rescued by someone with such great t---!” Instead of adding shock value, this constant abuse is distracting and pointless – and feels like it was written by a kid who just learned about bad words and is eager to try them all.

Not all of the dialogue is a problem. The exchanges between Juliet and her family are among the game’s high points. I wanted more interactions with Juliet’s dad and younger sister and less ham-fisted vulgarity from the bad guys. That approach could be more Buffy the Vampire Slayer than the developers intended, but it might have made Juliet feel more like a real character rather than a kooky concept.

After finishing Lollipop Chainsaw, I was left with the same feeling I had after playing other titles from creative director Suda 51. Like Killer 7 and No More Heroes, the premise is exciting and imaginative, but the gameplay execution has too many holes to embrace completely. However, also like those previous games, I’m glad I played Lollipop Chainsaw.

Life After The Credits
Though the core campaign is short, Lollipop Chainsaw does a good job enticing you to replay levels. The volume of unlockables, from combat abilities to costumes, means that you won’t see it all if you only clear each stage once. Going back to rescue every classmate (which is required to see the best ending), collect medals, and beat your dad’s high score all provide incentives to return to the action.
Off
On
Off 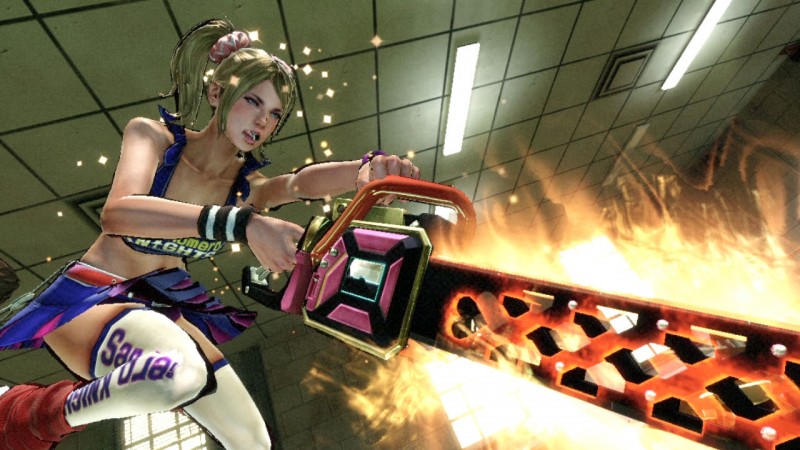 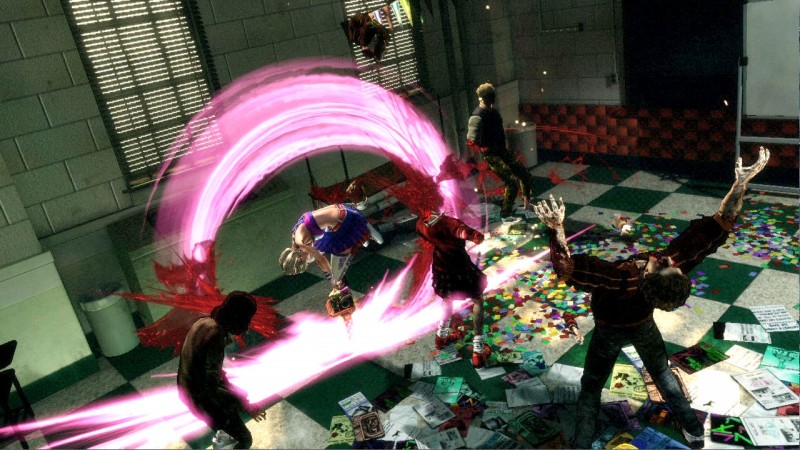 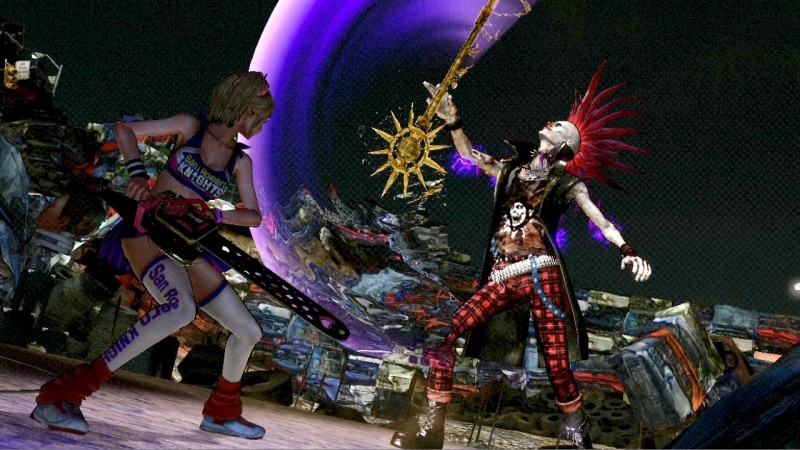 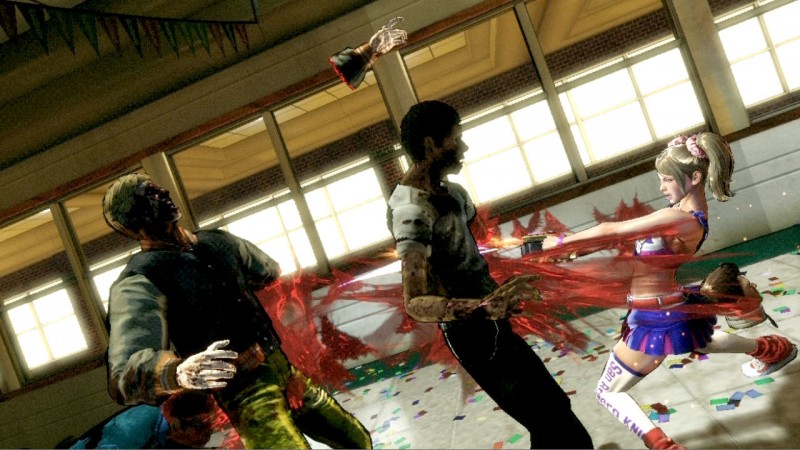 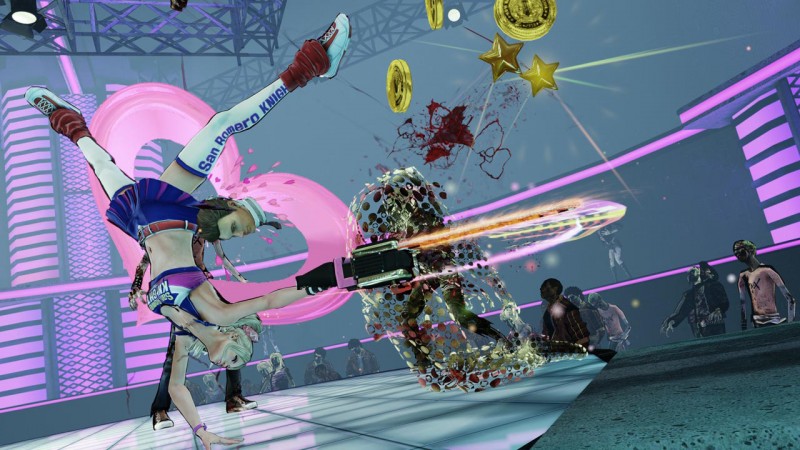 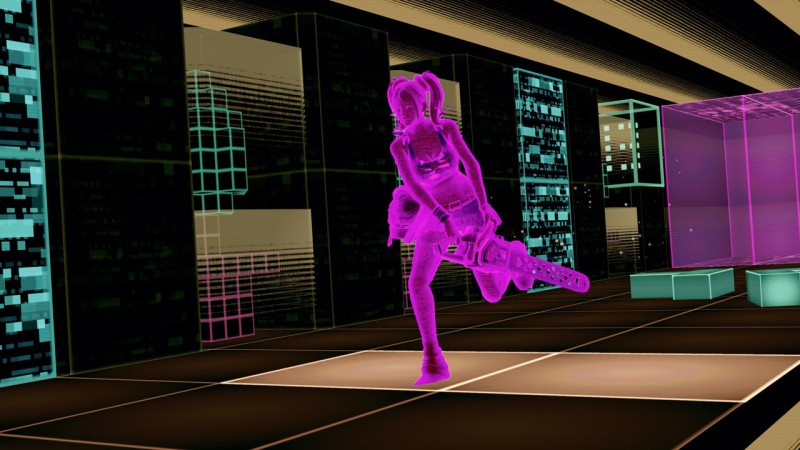 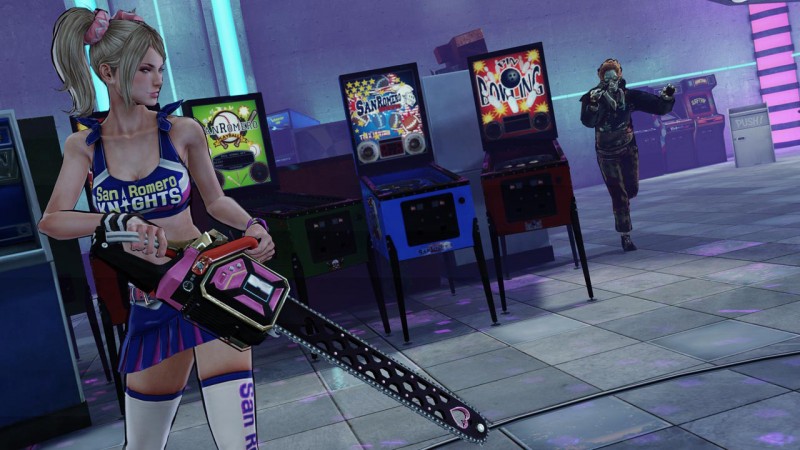 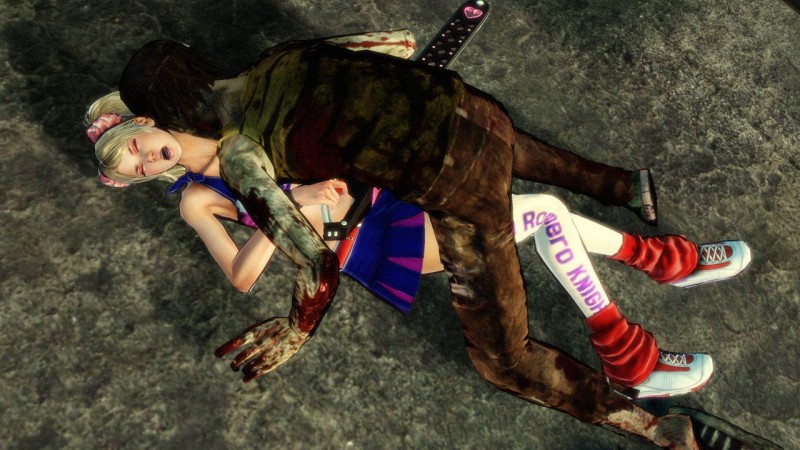 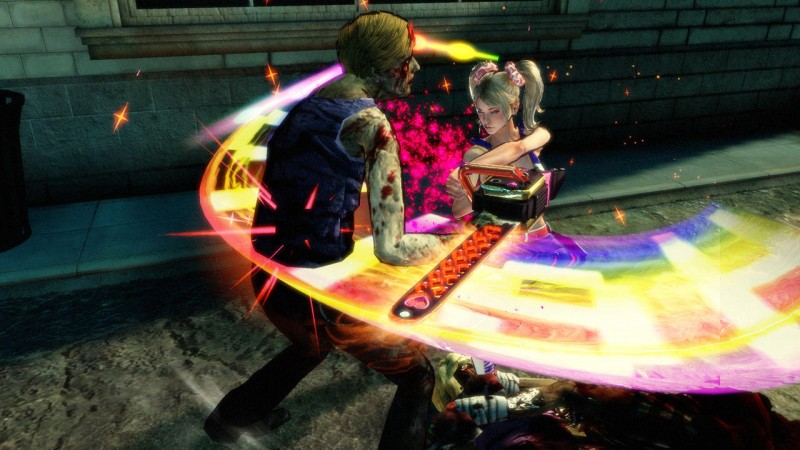 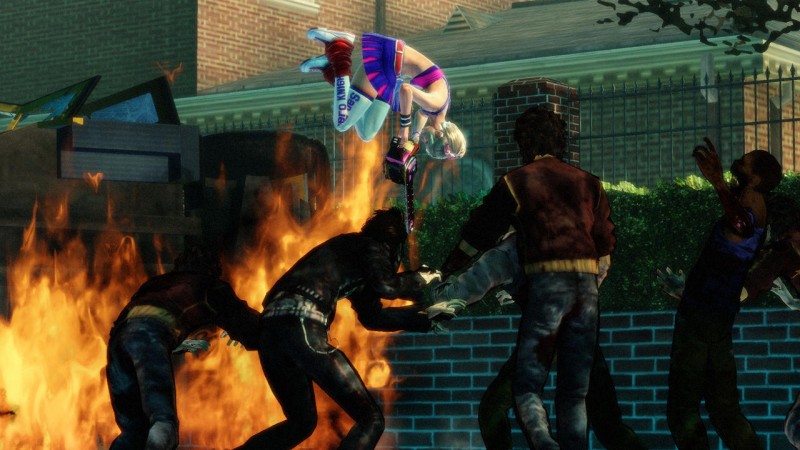 7.5
About Game Informer's review system
Concept
A high school cheerleader chops up waves of zombies in a B-movie-inspired adventure
Graphics
Every visual element, from character animations to environments, looks outdated by several years
Sound
A bizarre combination of music genres, like punk and oldies, forms a surprisingly fun soundtrack
Playability
The controls are sluggish, but the game rarely demands more than it can accommodate. Loading screens are annoyingly frequent
Entertainment
Hit-and-miss humor and repetitive combat lead to uneven enjoyment, but the characters and premise make steps toward redemption
Replay
Moderately High 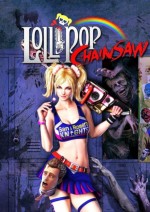