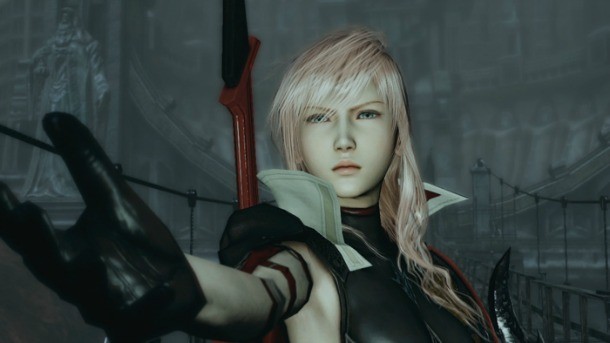 As the savior from a prophecy, Lightning has awoken to save the souls of the remaining humans before the world is destroyed. However, that isn’t the only redemption that rests on her shoulders. As the third and final installment in the Final Fantasy XIII saga, Lightning Returns tries to distance itself from its predecessors and get back into gamers’ good graces. This results in some bold and unconventional decisions, but they don’t save this entry from being the bottom of Final Fantasy XIII’s downward spiral.

Though I was ultimately disappointed, Lightning Returns is not a bad game. It takes more risks than Final Fantasy XIII-2, particularly with its cool twist on combat. You control Lightning exclusively, executing abilities and guarding against enemy attacks in real time. This change to the formula means that timing and positioning are important, making battles feel less automated and more skill-focused.

You’re trying to exploit weaknesses and stagger your foes, all while switching between three customizable weapon/ability sets called schemata. Depending on its latent properties, a schema can be tailored to a specific purpose – like physical attacks or debuffing – or have a mix of powers from different categories. I like this flexibility, since it gives players the freedom to stray outside of the traditional roles (commando, ravager, etc) and develop new combat styles. Swapping from one schema to the next and ­unloading with a series of carefully plotted attacks ­creates a fast-paced, high-tension system that makes fights exciting.

The battlefield may be different, but the most significant change in Lightning Returns comes from the passage of time. The impending apocalypse is happening in 13 days, and an on-screen countdown clock ticks through the minutes as Lightning goes about her business. Though it pauses for combat and cutscenes, the danger of wasting time adds constant pressure, which has upsides and downsides. The sense of urgency can lead to some entertaining time management; I liked planning out my days and optimizing travel to accomplish as much as possible. On the other hand, with the hours slipping through your fingers, you are effectively discouraged from any extensive exploration. I finished the five main storyline quests by day seven, but I had no idea what kind of surplus or deficit I would have along the way. I would do things differently on a subsequent playthrough, but when faced with the prospect of failing and having to restart, I was reluctant to burn an entire day scouring the Wildlands for tucked-away treasure spheres.

My biggest problem with the timer is that it severely limits your ability to fully dive into some of the systems. For instance, after you kill enough of a species of monster, the “last one” appears – the final specimen of its kind. If you win these encounters, you exterminate the species completely and get some good loot. The whole concept is cool, but you need to spend hours of in-game time grinding through beasts (many of which don’t have consistent spawning patterns) to take advantage of it. The same goes for ability synthesis and upgrading; enemies drop the items you need to make these systems work, but you don’t have the freedom to grind without ­worrying about how your limited time could be better spent.

Apart from the main quests, most of Lightning’s attention is on completing side quests. These are usually started by talking to someone at a specific time of day, followed by you fetching something – or a series of things – for them. The tasks are dull, have badly written dialogue, and are made needlessly complicated by events or items only being accessible at certain times. So why do them at all? Because they’re your primary form of progression.

An Easier Start
When you begin Lightning Returns, you choose between two difficulty settings: easy and normal. Unlike previous installments, this one can get quite difficult; don’t let your pride keep you from starting on easy. You don’t miss out on any significant content, and the game doesn’t have any difficulty-specific achievements. On the other hand, the challenge of playing on normal mode is thrilling, and it forces you to learn the intricacies of the battle system. Whichever one you choose, be warned: You can’t change the setting once the game starts.

You don’t earn experience points or gain levels in Lightning Returns. Instead, you get passive stat upgrades by doing quests. Though I like the idea of rewarding players’ actions instead of their tolerance for grinding, the side quests aren’t interesting or fun enough to justify the time you need to spend with them to increase Lightning’s power. Engaging in battle isn’t rendered completely useless, since it still gives you money and EP – a limited resource with many applications ranging from healing to freezing time. Even so, I wasn’t nearly as enthralled with Lightning’s development because I had no influence over which stats grow or by how much. Each side quest just dishes out static boosts.

Tying everything together is the story, which is a joke. It feels like a non-canon spinoff that would normally be relegated to a comic book or mobile-exclusive puzzle game. Lightning’s heavy-handed inner monologue demonstrates a “tell, don’t show” approach to her character, and she doesn’t exhibit any growth. The main quests are all transparent efforts to shoehorn recognizable characters into the events, despite the leaps in logic the game attempts to explain why people like Sazh and Snow are still around and relevant 1,000 years after Final Fantasy XIII. Though Lightning Returns definitively ends the tale that began with that game, the climactic events are so convoluted and poorly explained that it killed whatever lingering investment I had in the universe.

Final Fantasy XIII and XIII-2 trained me to look past a bad plot and appreciate good gameplay, but the positives are more buried and harder to see in Lightning Returns. It makes the same mistakes with its narrative, and swaps out systems that worked (like monster collection and the crystarium) for half-baked concepts that don’t hit the same high notes. The conclusion of a trilogy presents the opportunity for an emotional farewell to a beloved cast and world, but Lightning Returns only left me relieved to see this adventure end.

What If I Blow It?
If the worst happens and you run out of time, all is not lost. Lightning Returns is designed to allow multiple playthroughs thanks to a new game+ feature. If you run out the clock and the world ends, you are able to start a new game while retaining all of the stats and items that you obtained previously. However, you get even more bonuses (like access to weapon upgrades) if you start a new game+ after completing the main storyline.
7
About Game Informer's review system
Concept
The clock is ticking as Lightning tries to accomplish as much as possible before doomsday
Graphics
Impressive overall art direction creates some striking scenes, and the main cast looks pretty good. However, generic characters look terrible, and many of the environmental textures are awful
Sound
Some catchy new tracks mixed in with recycled music from the two previous games
Playability
The new battle system is fast and fun, and the on-screen clock makes it easy to manage your time
Entertainment
An unbelievably bad story and phoned-in side quests make it difficult to appreciate the innovations present elsewhere
Replay
Moderately High 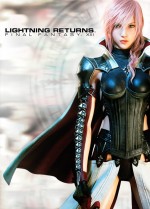