The 2D platformer is one of the oldest genres in video games. Even after more than 30 years, we still love running and jumping across uneven platforms and avoiding deadly obstacles. Bishop Games adds a new dimension to this established formula with Light Fall, allowing you to create platforms while jumping. Unfortunately, this cool concept is more promising in theory than in practice, and this unorthodox premise plays like an average platformer.

As a tiny, mute silhouette, you clamber over the imaginary world of Numbra – a series of craggy fields and bottomless pits. Using the power of a brick called the Shadow Core, you produce floating platforms. This power is constrained by the fact that you can only produce four blocks before having to set foot on normal ground again. Creating new platforms while you jump is a fun idea. Sadly, Light Fall doesn’t capitalize on its concept, and most levels feel like well-trod platforming challenges with bigger gaps to compensate for your Shadow Core ability. During the adventure, you wall jump up vertical shafts, launch off collapsing platforms, and avoid spinning deathtraps. I enjoyed navigating some of these obstacles, but the entire game feels too familiar.

The Shadow Core has a few additional abilities. One application lets you create blocks that float in front of you like a shield. Another skill allows you to freely move and rotate a block across the screen, which comes in handy for solving Light Fall’s few puzzles. I got a kick out of using a block like a water wheel to propel myself across a lake, but I only used that Shadow Core skill a handful of times throughout the entire game, and most Shadow Core abilities feel sorely underutilized, especially considering you have these skills from the beginning of the game.

Light Fall’s lack of gameplay variety means you spend most of your time running and jumping. Fortunately, your little sprite has a decent run speed, and controlling him in mid-air feels good even with the Switch’s tiny buttons. Most platforms have a nice stickiness, so I never fell off any of my created blocks, even when I was in a full sprint. Unfortunately, this stickiness is a double-edged sword, and trying to slide down walls is a buzzkill when you’re in a hurry. During some of the more challenging platforming sequences, I died several times because I got caught up on a wall. At other times, Bishop Games had trouble designing challenges around its own mechanics; I avoided a couple platforming sequences altogether by using my platforms to jump over half a level.

A few scattered collectibles encourage players to double back to learn more of the world’s lore, but the world of Numbra isn’t interesting enough, and those rewards aren’t tantalizing enough to encourage this kind of Easter egg hunt.

Light Fall draws you in with its stylistic visuals and the promise of a new twist on a classic formula. Creating your own platforms is fun, but Bishop Games didn’t develop this gimmick into a meaningful series of mechanics. As it stands, Light Fall is a handful of interesting ideas that are missing the elements they need to really shine. 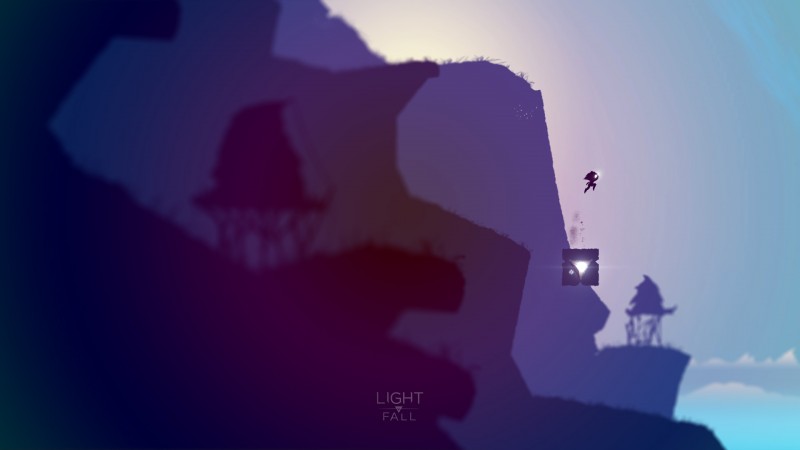 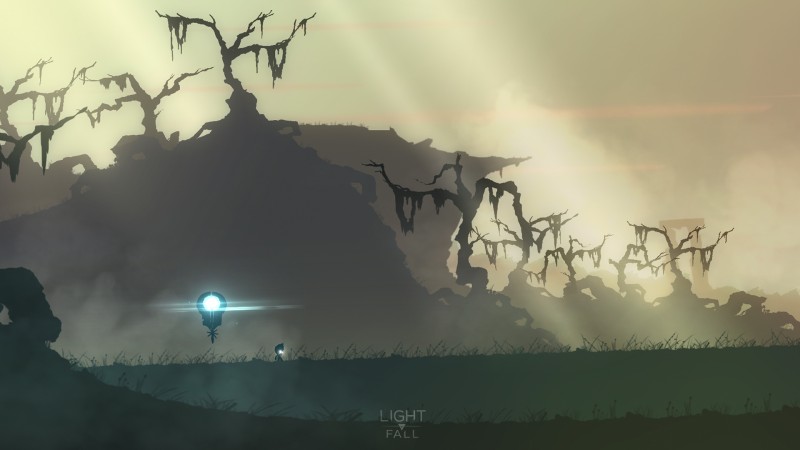 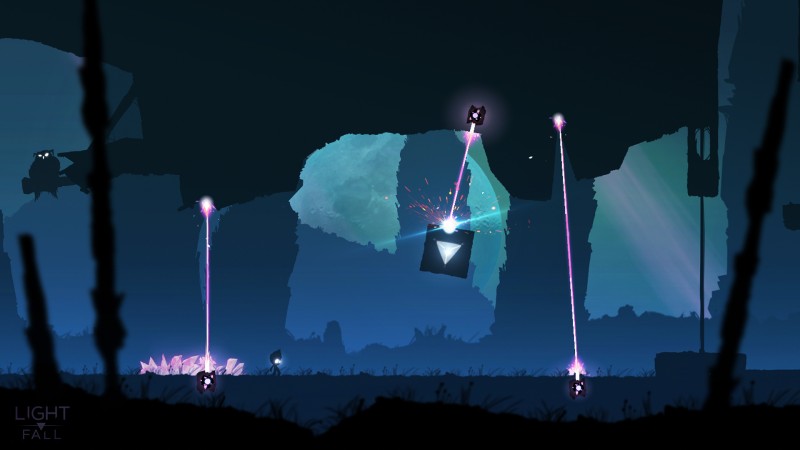 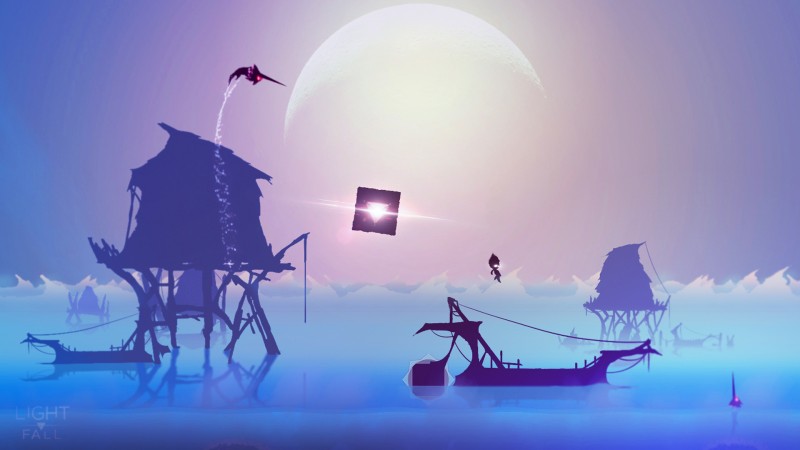 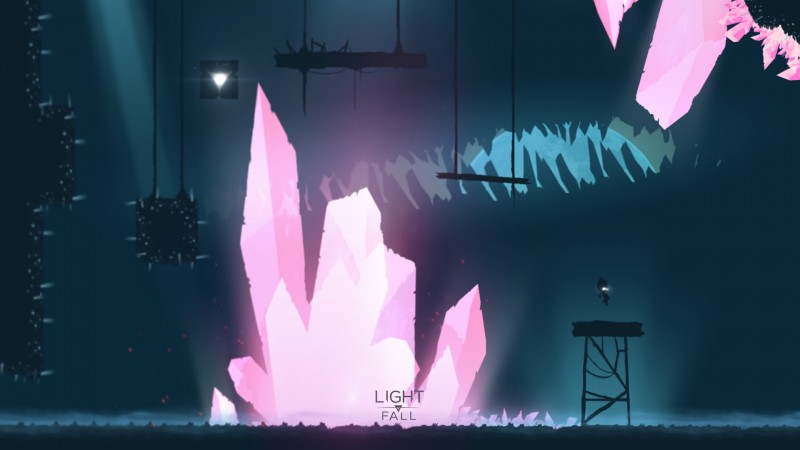 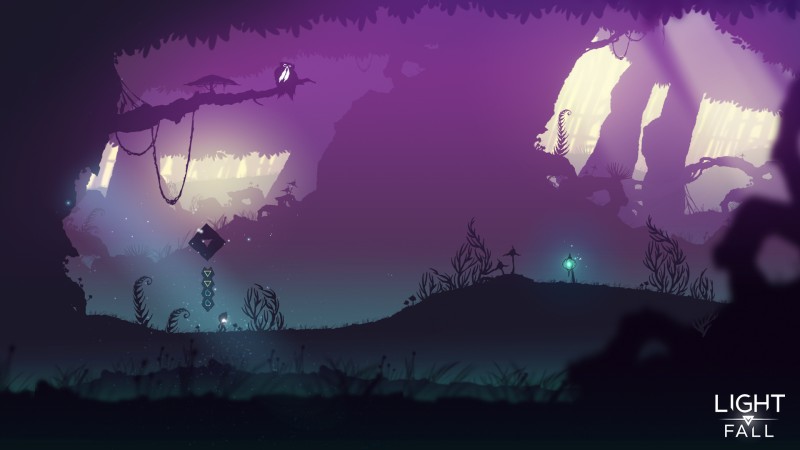 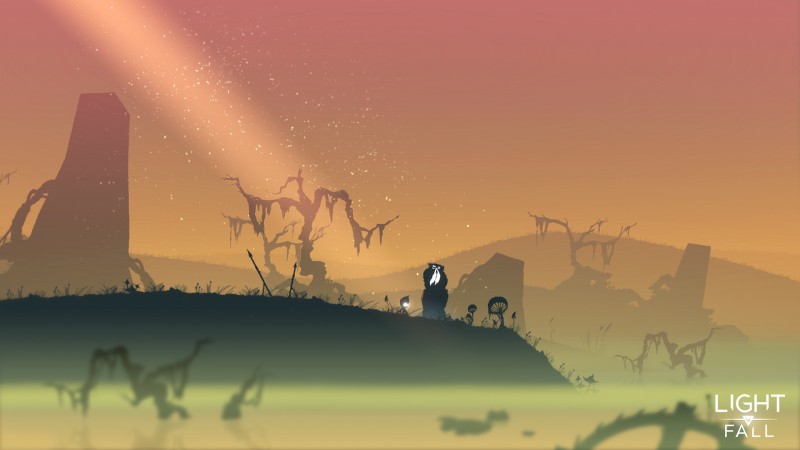