Square Enix and Remember Me developer Dontnod have announced what might be the most appropriately titled game this year. The new game, Life is Strange, is a brand new intellectual property that will be delivered digitally using an episodic format.

Square Enix describes Life is Strange as "an entirely new IP in the official Square Enix family," indicating that the publisher hopes to be in this for the long haul. The title takes place in Oregon, as Max Caulfield returns home and discovers she can rewind time. Every action has a ripple effect, but players will be able to tweak their decisions thanks to Max's abilities.

We don't know much yet (though Square Enix says that every texture is hand-drawn), but we're eager to check the game out later this week at Gamescom. Keep an eye out for our impressions. The title is coming to Xbox One, Xbox 360, PlayStation 4, PlayStation 3, and PC. No release window has been provided yet. 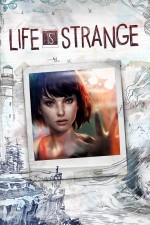