Larry Laffer is one of gaming’s more infamous characters, at least among the people who still remember him by name. As the hero of the Leisure Suit Larry series, he was one of the first characters to bring adult humor into games. The character devolved from a pathetic goof in his debut to a joyless pervert as he trudged from sequel to sequel. Replay Games is attempting to resuscitate Larry in a reboot of the original adventure game, adding new content and visuals for lounge lizards new and old.

When we first meet Larry, he’s a 40-something virgin ready to make his mark in Lost Wages. The player must explore the city, meet the right woman, and somehow convince her that it’s a good idea to exchange bodily fluids with this loser. It’s all done in a traditional adventure game, with objects to pick up and manage, and locations to explore.

The most noticeable enhancement to the game is in its bold, reimagined art. The game looks pretty darn good overall, though it lacks consistency. Some backgrounds are heavily stylized, with wacky shapes and angles and other cartoony effects, and Larry fits right into them. Others play it far straighter, which looks odd. Kickstarter patrons could choose to be immortalized in the game as characters, and they stick out to the point of distraction. The experience is akin to seeing poorly realized carnival caricatures tossed into the backgrounds of a Warner Bros. short. Nearly every action that the player performs is accompanied by a bit of recorded snark from an increasingly annoying narrator, or Larry himself.

Sierra’s adventure games typically suffered from a few frustrating design choices, including frequent use of backtracking, obscure puzzles, and punitive deaths. With Leisure Suit Larry: Reloaded, Replay Games has chosen to address some of those issues. Thanks to the game’s newly imagined animations, Larry’s deaths are now more elaborate (and entertaining) than they were in the early days of PC gaming. I enjoyed wandering into alleys and attempting to cross the streets of Lost Wages, knowing full well that those actions weren’t going to end well. Even when you inevitably fail, you’re kicked back into the action so quickly that there doesn’t seem to be any real penalty – an unthinkable proposition in the days of loading from floppy disks. Some of the puzzle chains have been extended as well, and I was relieved to see that these additional steps made the solutions seem more logical rather than existing for the simple sake of padding things out. The more tedious aspects of the original game also return, which is disappointing. I know that cab rides weren’t ever designed to be entertaining, but in Reloaded they’re a multistep hassle that’s amplified by the sheer amount of backtracking that the game requires. For a game set in a Las Vegas clone, gambling remains a surprising low point. Saving and reloading between each hand of blackjack or pull of the slot machine brought back memories, but not fond ones. And because Larry finds his finances drained several times throughout his adventure, you have to repeatedly build up your bankroll.

Replay Games added a new love interest to the game, though as with every other female he meets, she merely serves as a buxom obstacle in the way of the end credits. She appears near the story’s conclusion, and Larry’s interactions with her result in the game’s biggest gross-out moments.

If you chuckled at the earlier Lost Wages/Las Vegas gag, you’re exactly the kind of person this game was designed for. Its humor was always on the “wakka wakka wakka” side of the spectrum, with a dash of creepy borderline misogyny. To be fair, it came out in 1987, and you can argue with a straight face that pop culture is different now. Gameplay has evolved as well. With Leisure Suit Larry: Reloaded, Replay Games faced a daunting task: pleasing old-school fans while also introducing the raunchy series to new players. The reboot is close enough to the original – warts and all – to entertain the faithful. If you don’t have any nostalgia surrounding Larry and his plight, however, you may be left wondering why anyone bothered digging him up again. 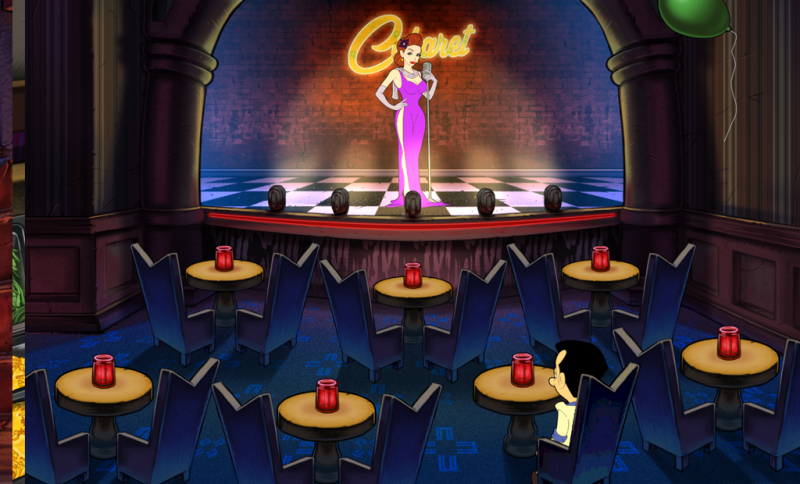 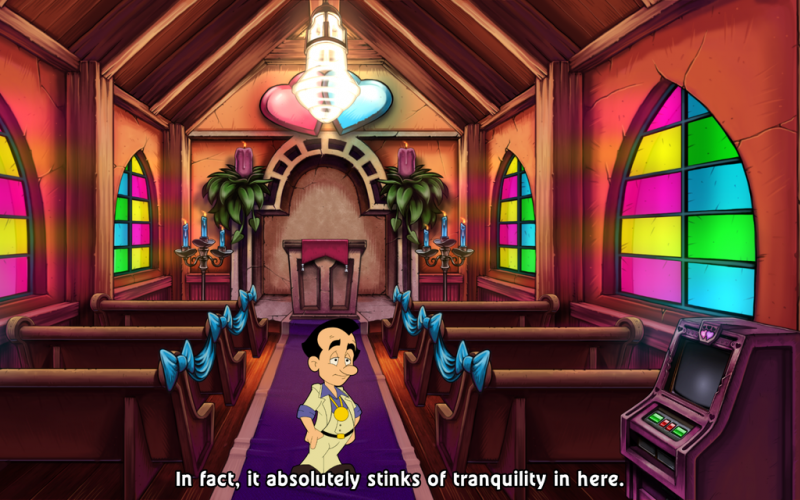 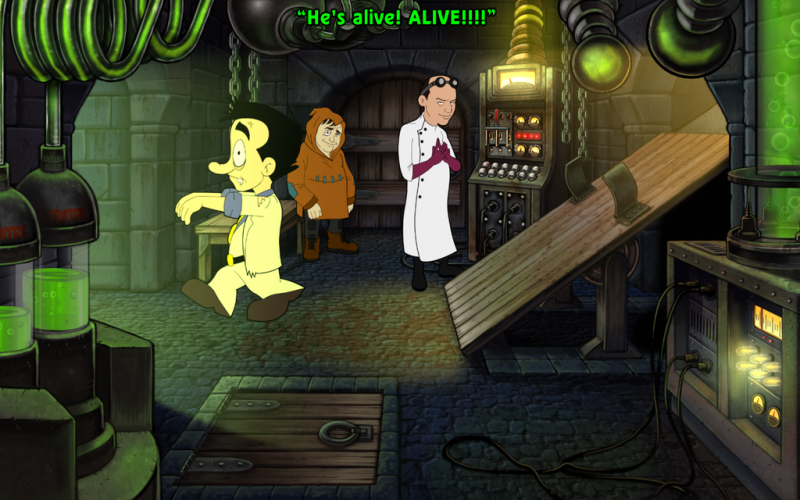 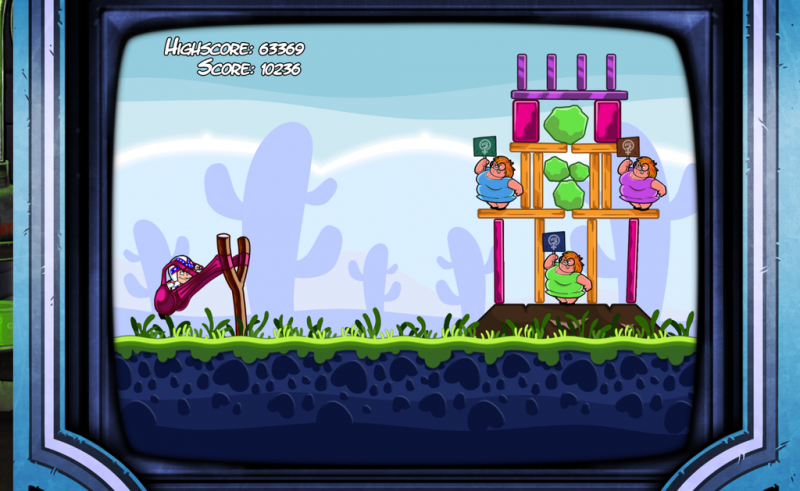 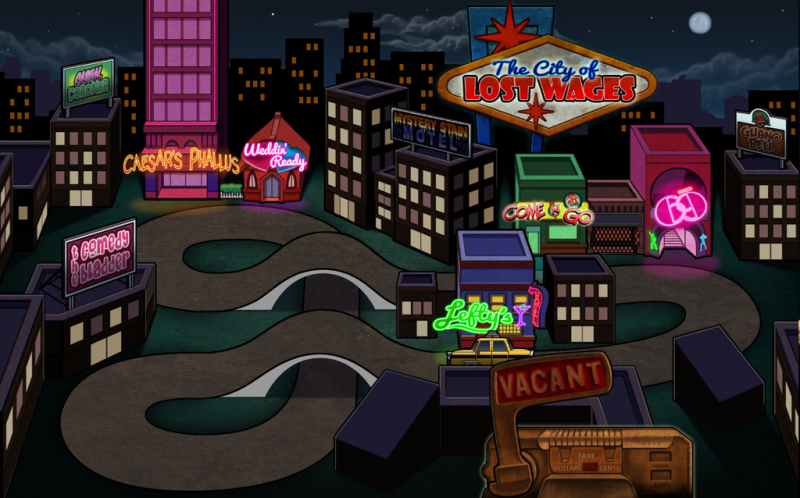 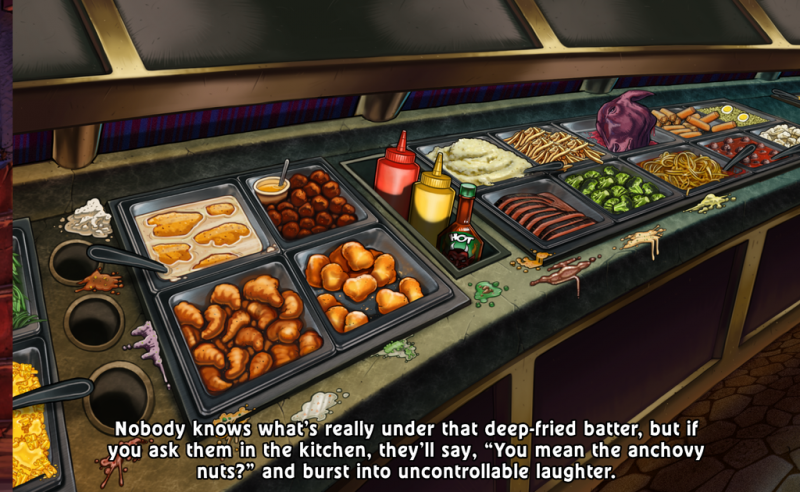 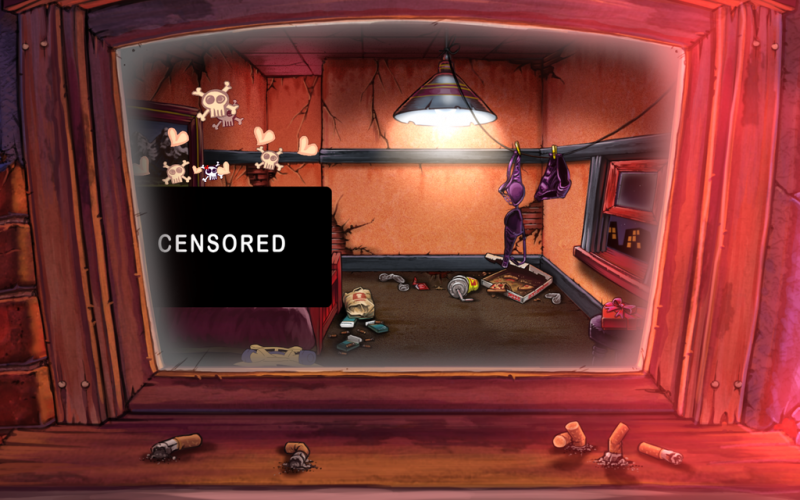 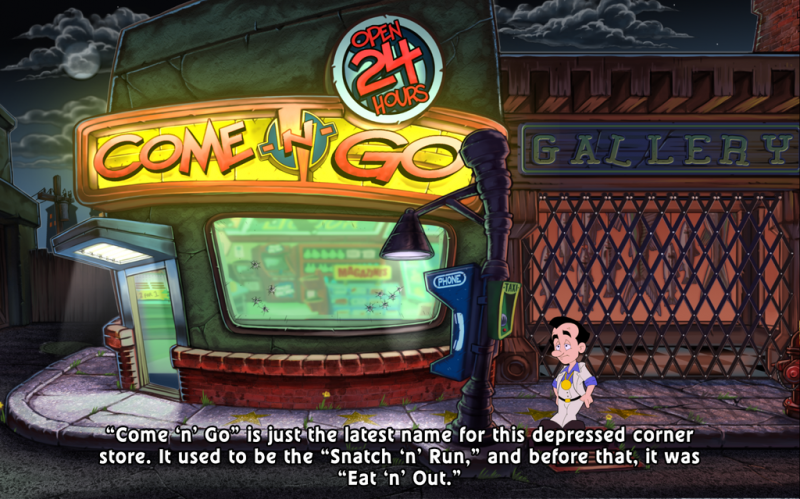 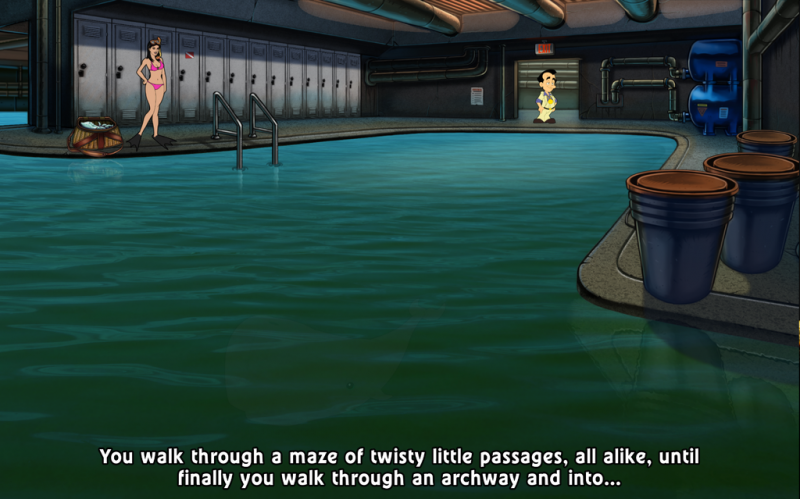 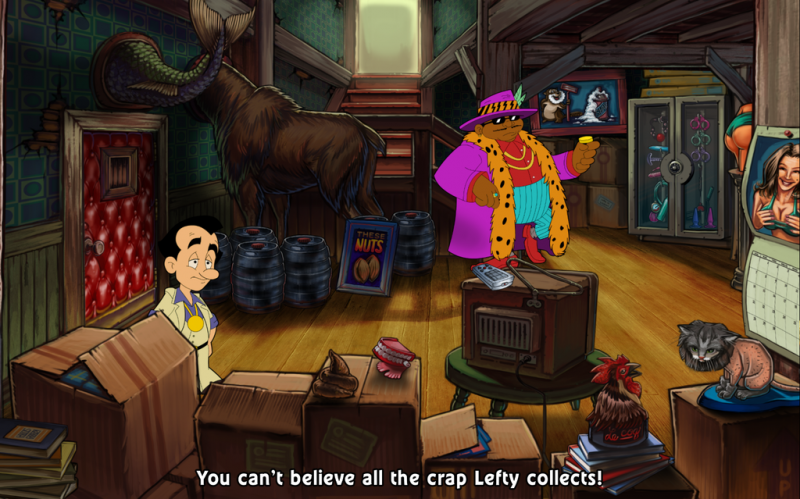 6
About Game Informer's review system
Concept
Point and click your way through the dirty streets of Lost Wages on a mission to find love – or something like it
Graphics
The original game has been rebuilt and animated from scratch. Whether or not it was a conscious choice, Larry doesn’t visually fit in with the rest of the game’s cast
Sound
The entire adventure is voiced, so every lame punchline is delivered directly to your eardrums
Playability
The designers added a variety of new puzzles and encounters, but left many of the original game’s issues alone
Entertainment
Newcomers may find the gameplay and core concept as chafing as a pair of sweaty polyester slacks, but Leisure Suit Larry Reloaded will likely please the people who backed it on Kickstarter
Replay
Low 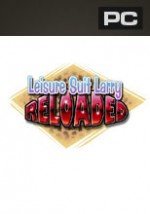