One of the best lines in The Avengers comes in an exchange between Loki and Tony Stark. “I have an army,” the trickster god gloats. “We have a Hulk,” comes Stark’s deadpan response. Not only does Traveller’s Tales have a Hulk with Lego Marvel Super Heroes, but it has a Thor, a Spider-Man, a Captain America, a Wolverine, and a closet filled with Iron Man suits. As Marvel fans know, there’s no shortage of heroes and villains in the comics universe, which is something Lego Marvel Super Heroes takes advantage of in ways I haven’t seen since Marvel: Ultimate Alliance.

Traveller’s Tales is through tinkering with the series’ core gameplay, and now it’s all about refining what works. Levels take you through iconic areas like Stark Tower, Asgard, and the Savage Lands, where your heroes face off against a who’s who of villainy. The battle against Sandman in the opening level is of a size and scale that would normally be reserved for end-game boss encounters, and it only grows from there. I won’t spoil Doctor Doom’s endgame is, but he’s in cahoots with one of the universe’s biggest threats.

The rosters in the Lego games have always been impressively robust, but they’ve largely been padded with character clones and nobodies. For every Legolas or Batman, there’s a generic archer or construction worker. That bumps up the number of choices that players have – almost always a good thing – but it also makes it clear who the real heroes are in each title. Lego Marvel Super Heroes smashes through those boundaries, offering more than 100 different characters that are actually worth playing. It’s impossible to miss the amount of love and care that went into each of those characters.

Iceman glides along in long strides, arms tucked behind him like a speedskater. Sandman transforms into a cannon for long-range attacks. Even Spider-Man’s mercurial boss J. Jonah Jameson brings a unique style to battle, attacking enemies with a barrage of newspapers – not bad for what’s essentially a throwaway gag character. Marvel Heroes has some deep cuts on the roster, too, and unlocking and playing as some of these obscurities (Howard the Duck or H.E.R.B.I.E., anyone?) is particularly fun.

In addition to taking your favorite characters into previously beaten levels via free play, you can roam around the New York City hub world. The closest comparison would be Lego Batman 2: DC Super Heroes’ version of Gotham, though Lego Marvel’s city is a much calmer locale. You aren’t constantly on the defensive from leagues of bad guys, which makes exploration less annoying. A variety of points of interest are dotted throughout the map, which include combat challenges (New York isn’t completely toothless), races, and puzzles. Another highlight is the Deadpool-narrated bonuses. These goofy, quickie levels take place in smaller, more focused areas. They’re home to some of the funniest moments, too, and they’re worth the effort that comes with tracking down the elusive gold bricks you need to unlock them.

Ultimately, Lego Marvel marks the first time I’ve had as much fun in the hub world as in the story-based missions. Variety abounds, and the split-screen lets players explore the city on their own. I made it my mission to find bricks and solve the unexpectedly clever puzzles to unlock extras, while my son was happy to rampage through the streets as Venom.

Traveller’s Tales continues its streak of making every one of its games better than the last, and I recommend it to anyone looking for a lighthearted game with plenty of replay – whether or not they have a closet filled with polybagged first editions. 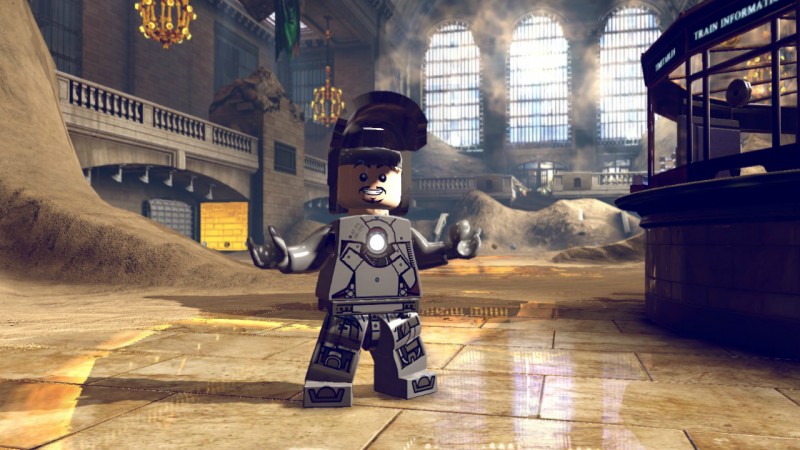 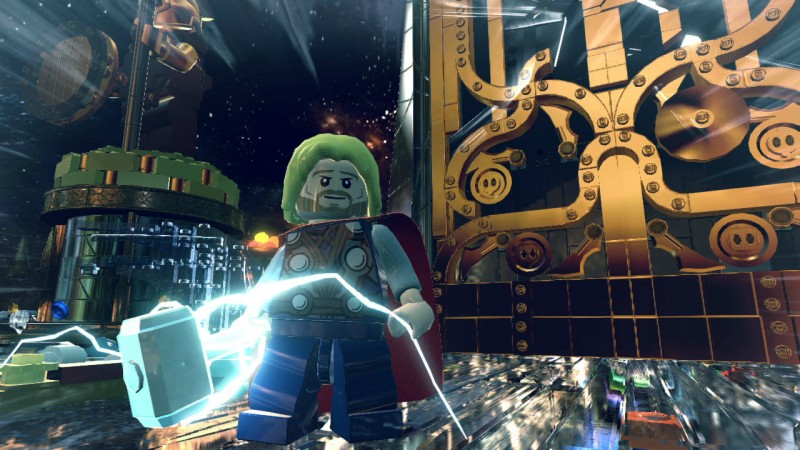 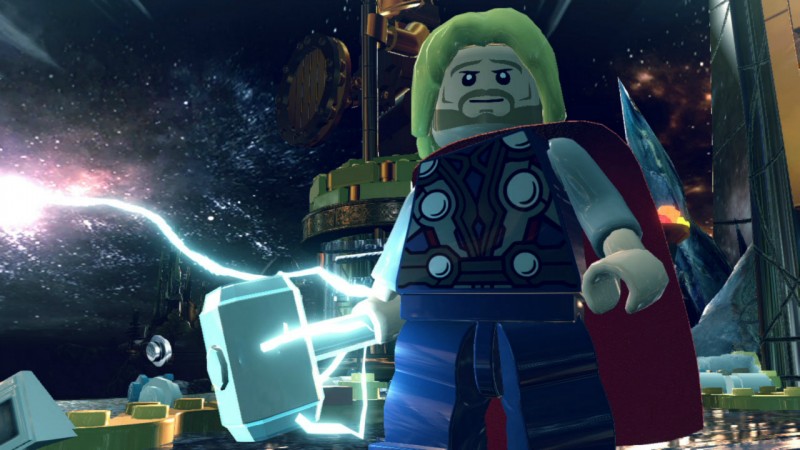 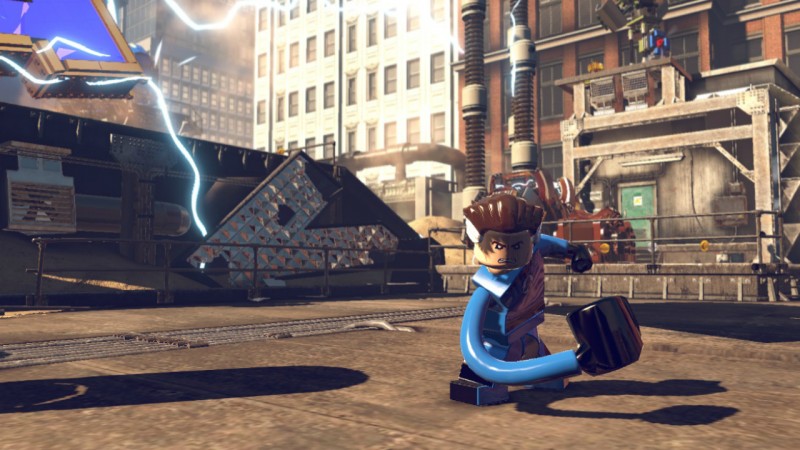 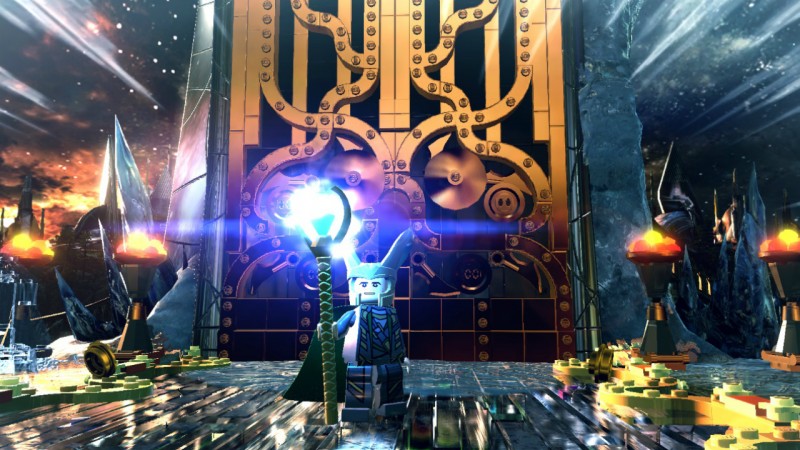 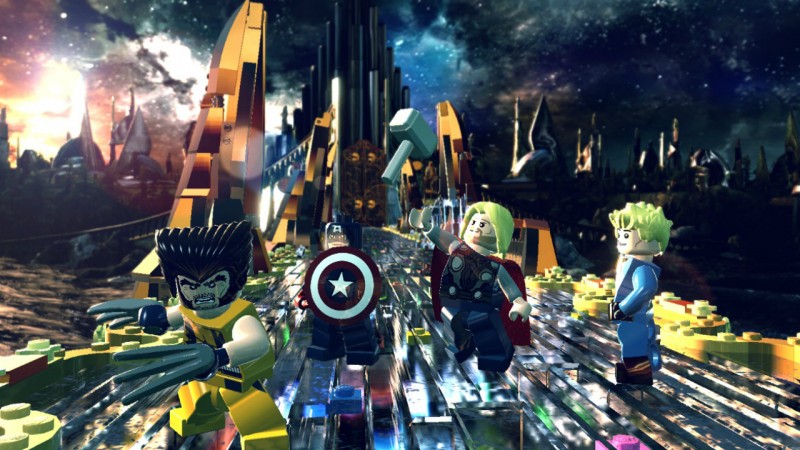 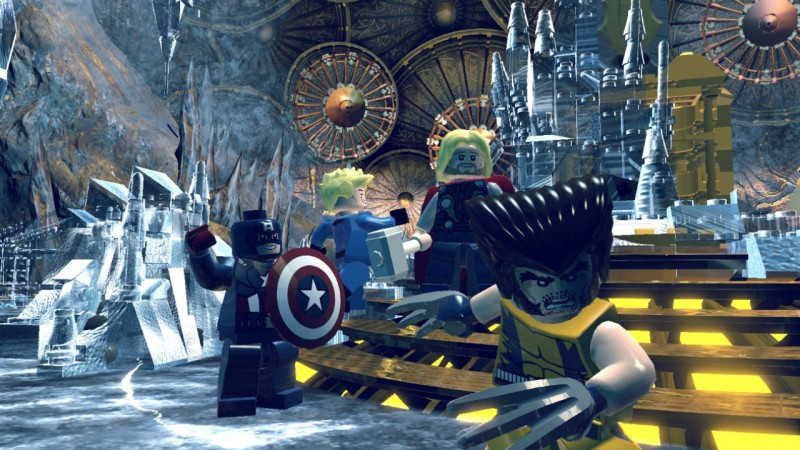 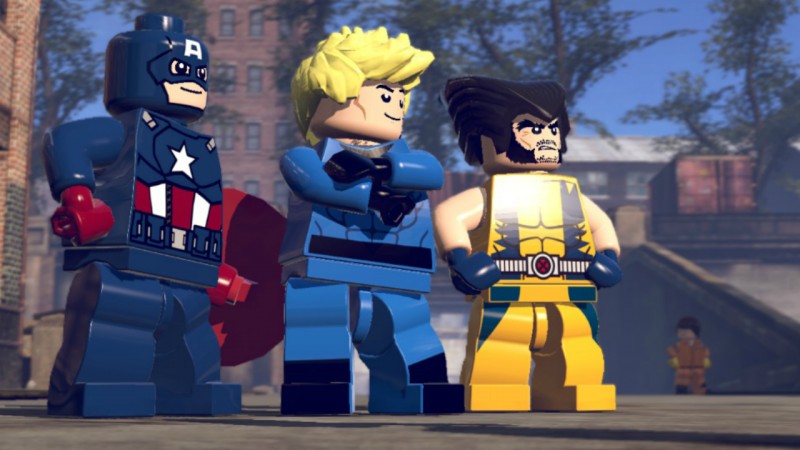 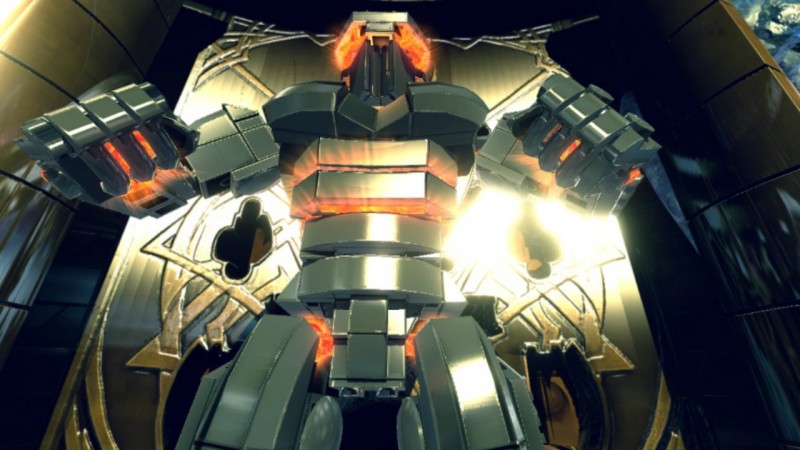 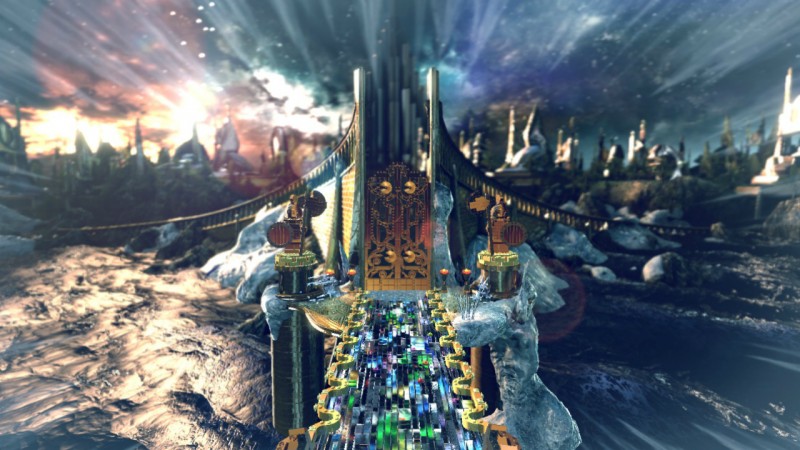 Traveller's Tales' latest is a treat, whether or not you have a closet filled with polybagged first editions.

Purchase More Info
9
i
Game Informer's Review System
Concept Assemble a massive force of Marvel’s biggest heroes to take on Doctor Doom and his evil cronies
Graphics The best-looking Lego game yet, from big boss encounters down to the tiniest character animations
Sound A solid cast pushes the action while providing plenty of laughs along the way
Playability Heroes and villains wield a stunning variety of useful powers and abilities. One of the most addicting hooks is unlocking new characters and testing them out
Entertainment Traveller’s Tales' latest is an obvious labor of love and a must-play for anyone with an interest in Marvel comics or Lego games
Replay High