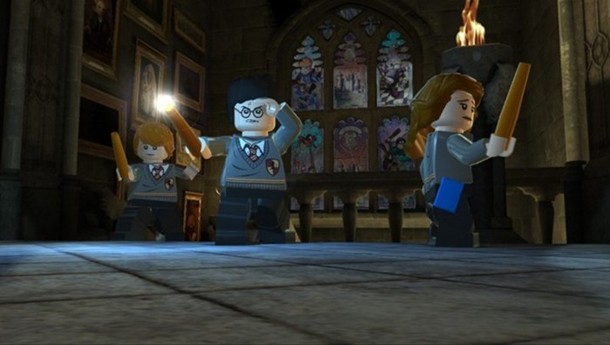 As counterintuitive as it may seem, the last LEGO Harry Potter was the most faithful attempt at bringing J.K. Rowling’s world to video games. That tradition continues with LEGO Harry Potter: Years 5-7. Fans who have already mourned the release of the last book and the final movie have at least one more way to postpone their Potter-free existences.

This installment doesn’t add new features like LEGO Star Wars III: The Clone Wars’ RTS elements, but it offers a nicely refined version of a series that was already in pretty good shape. For instance, you don’t have to select your spells from a clunky radial menu anymore, thanks to the ability to quickly cycle through them with the press of a button. There’s also a button dedicated to Expelliarmus, which is great considering that it’s the spell you cast most often to blast environments apart and attack enemies. Warner also added some new spells and abilities, such as an assortment of gadgets from the Weasley twins and a water-spraying spell. They are nifty additions, providing a critical element of variety.

One of the niggling problems I had with the first game – a finicky targeting system – is still a problem, particularly when you’re trying to levitate objects with a friend. It’s not a deal-breaker, but having to jockey around into cryptically exact positions is frustrating. Years 5-7 also adds a tremendous amount of backtracking; I’ve probably logged as many miles in Hogwarts’ halls as Hagrid at this point.

LEGO Harry Potter 5-7 is a charming farewell to the series. As with a lot of Traveller’s Tales’ games, you won’t see a whole lot of crazy gameplay innovations or surprises, but it’s reliably entertaining and appropriate for a wide range of gamers, Potterphiles or not.

Fans who have already mourned the release of the last book and the final
movie have at least one more way to postpone their Potter-free
existences.

Purchase More Info
7.5
i
Game Informer's Review System
Concept Wrap up the Harry Potter saga with LEGO bricks and minifigs
Graphics This is the best-looking LEGO game yet, with bustling environments and detailed backgrounds
Sound A symphonic score is a great accompaniment to the characters’ mumbles and grunts
Playability Traveller’s Tales addressed most of the control issues from Years 1-4, though there are still a few rough spots here and there
Entertainment If your family has burned through the stack of LEGO games, here’s a new one
Replay Moderate