As the daughter of the world-renowned Professor Layton, Katrielle has a lot to prove – both in the fiction of the Layton universe and in the real world. Katrielle’s first adventure marks a reboot for the series, with a new protagonist and a new platform (though it is coming to 3DS later), and it succeeds in carrying on the legacy of the series in some ways. In others, however, Katrielle doesn’t quite live up to her father’s name.

Katrielle is bright, funny, and more interesting than her dad in every way. Admiring Professor Layton’s intellect and poise is easy, but I had much more fun with Katrielle and her joyful approach to puzzle solving (and her seemingly bottomless stomach). Her assistant, Ernest Greeves, has a secret crush on her, and it is not surprising in the least. Katrielle is a highlight, but her story is over-long and doesn’t offer much incentive to see it through.

The big problem is the game is made up of 12 mostly standalone cases. Two larger mysteries are teased at the beginning, but they are immediately dropped in favor of thrilling tasks like finding an anniversary present for a forgetful husband or tracking down a rich woman’s lost pet. Solving these standalone cases serves up lots of small character moments for those involved, but without a larger mystery driving the whole thing, I found it hard to stay motivated. The final case does a good job using all the characters that appeared before it, but without narrative teases ramping up to the conclusion, it falls flat. Also, those two interesting mysteries established during the opening remain unsolved and barely mentioned by the end.

With well over 100 puzzles to find and solve, learning that some of them are duds is not surprising. This is the case with most Layton games, but here the scale is tipped in the direction of mediocre. I enjoyed plenty of puzzles and the hint system does a good job making sure you’re never fully stuck, but many more left me frustrated by their intentionally vague wording, or frankly stupid solutions. I felt outright tricked more often than I patted myself on the back for being smart.

The handful of extra-curricular bonuses, like being able to decorate Katrielle’s office, help out a nearby restaurant, manage the layout of retail stores, and get your talking dog assistant Sherl out of jams are notable for just how much additional content they add to the game. If you don’t feel like solving puzzles, but don’t want to leave the game, there is plenty to do here. Unfortunately, they don’t offer much incentive for ignoring the main cases because they don’t offer additional unlocks or bonuses.

Katrielle is the highlight of this adventure, and I want to solve more mysteries with her (especially the two left hanging), but this first month of her detective agency being in business is disappointing. None of the cases stand out as noteworthy, with the possible exception of the final one. An underwhelming first outing certainly doesn’t spell doom for the new Layton Detective Agency, but I was hoping for more from this series’ reboot. 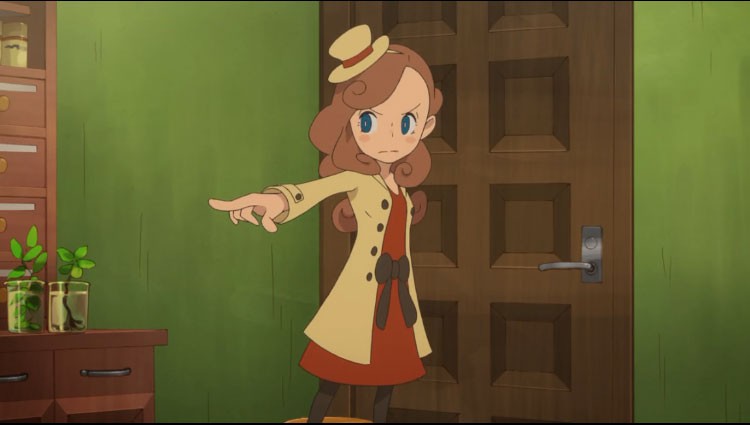 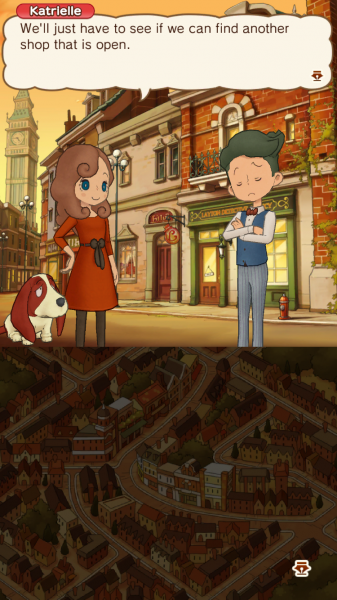 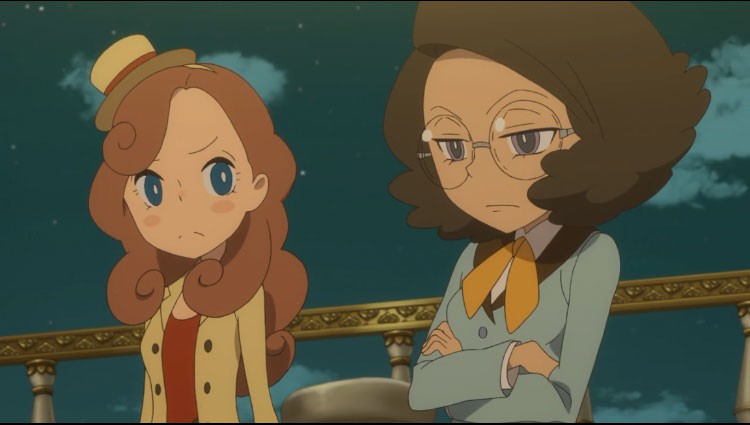 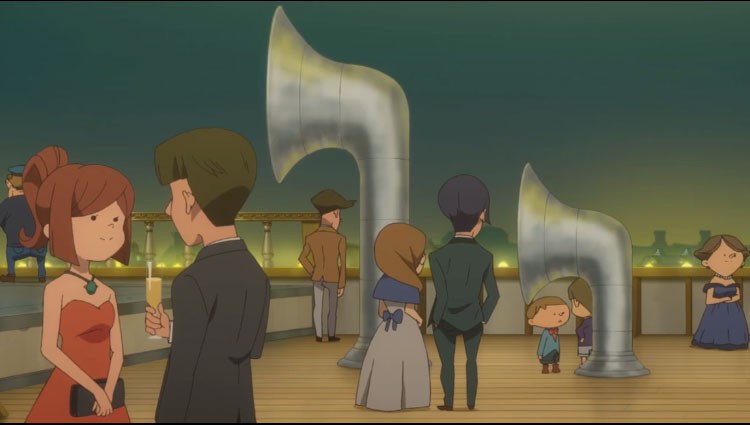 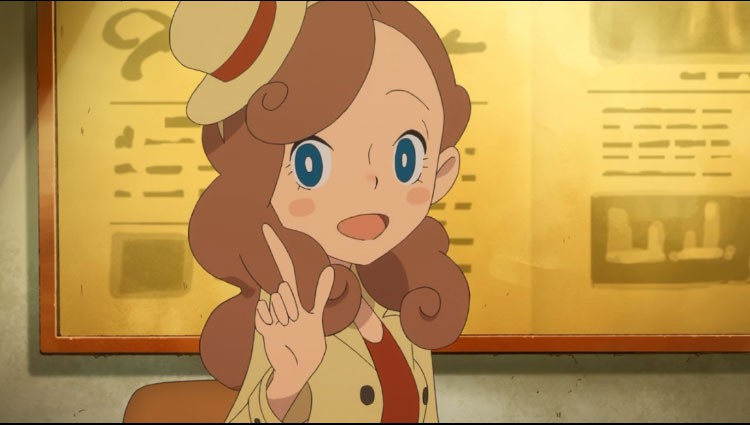 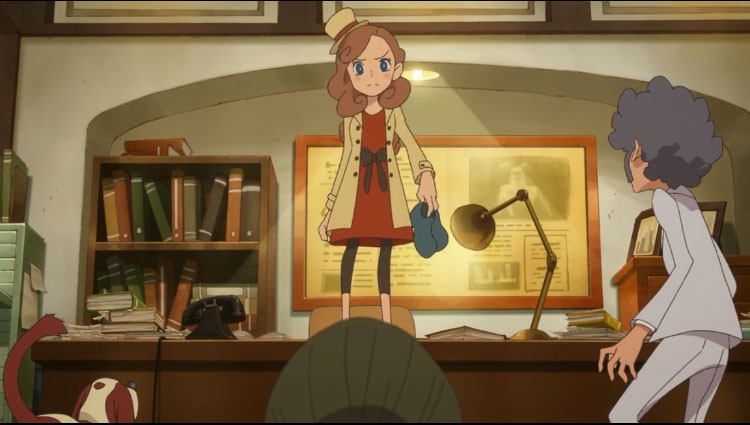 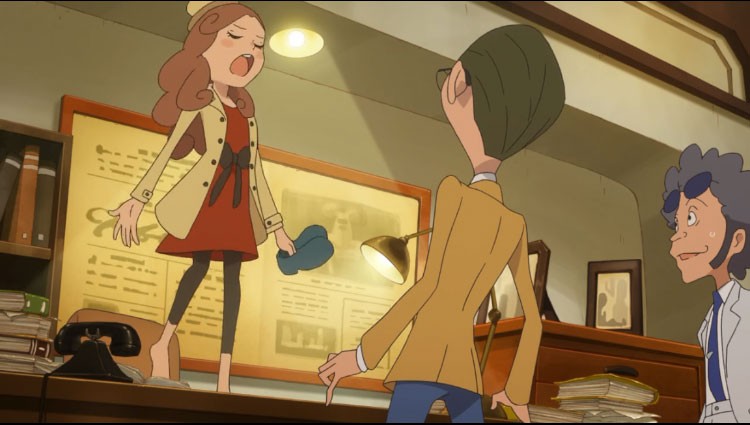 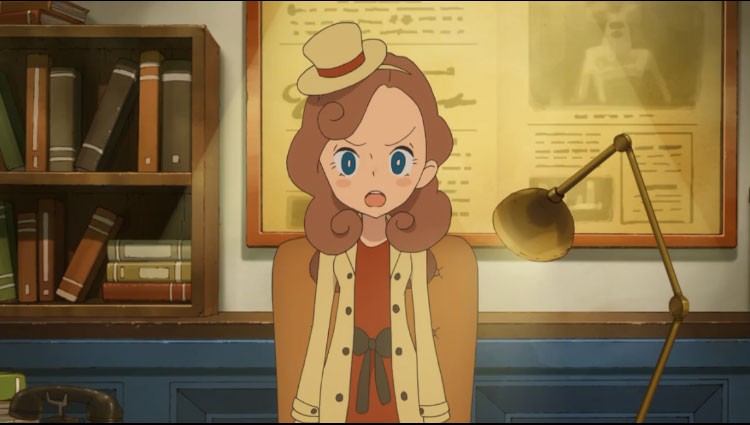 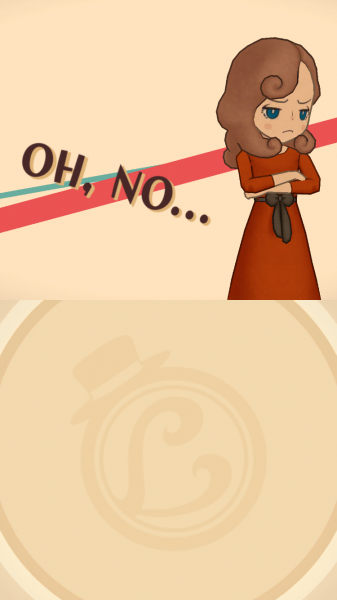 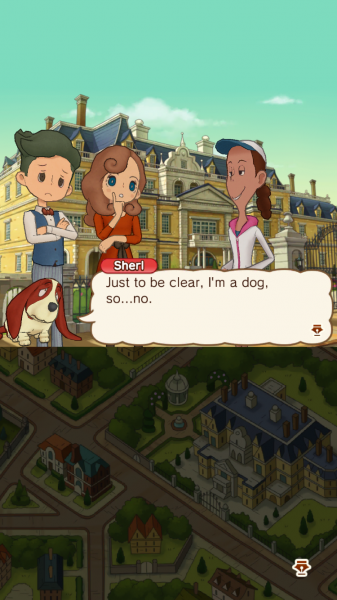 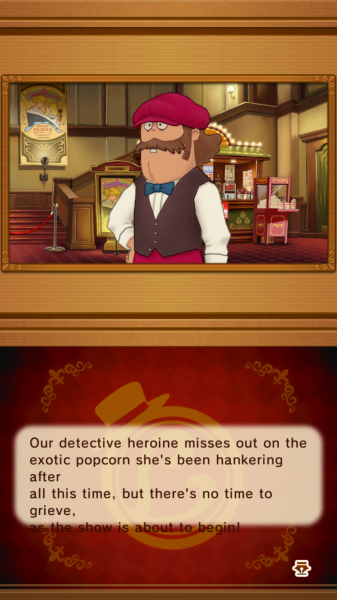 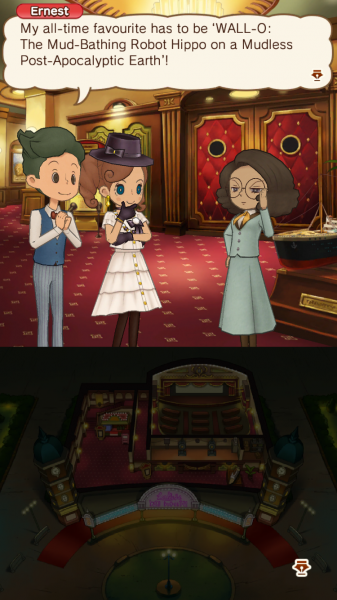 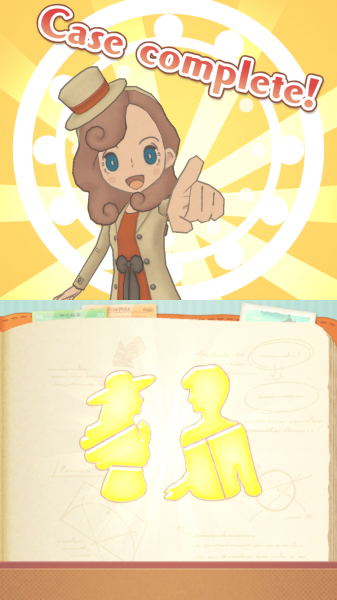 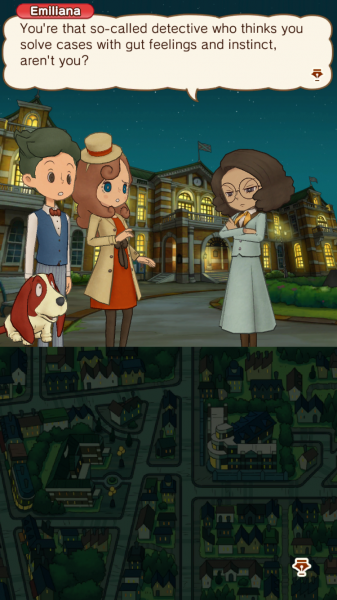 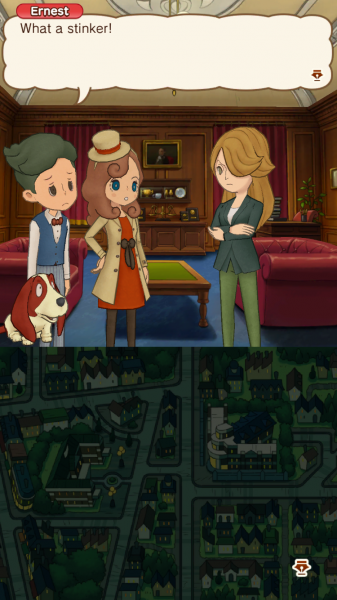 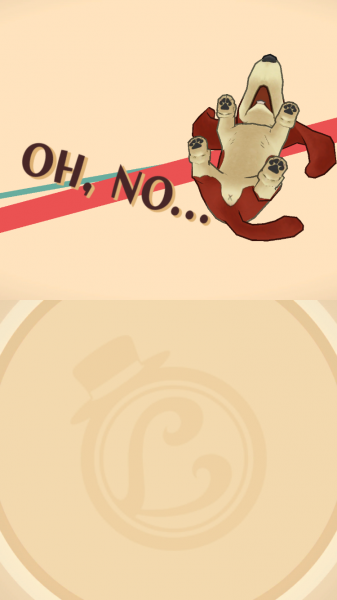 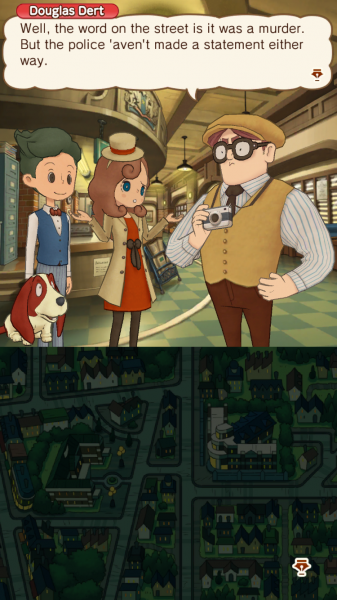 6.75
About Game Informer's review system
Concept
Jump into the shoes of Professor Layton’s daughter as she tries to prove herself with a new puzzle-solving agency in London
Graphics
Katrielle takes after her father’s distinct art style, and the game looks great on mobile screens. Its subtle 3D effects in the environments and character models are particularly notable
Sound
Even if the soundtrack does feature new music, it doesn’t sound new, though that ultimately isn’t a problem considering Layton has always had an enjoyable soundtrack. The voice acting is inconsistent, with some characters faring much better than others
Playability
Layton plays well on a vertical screen and being able to touch and interact with the upper portion of the screen makes some things easier. I did miss the precision of the DS stylus on a few occasions, though
Entertainment
Katrielle is a charming new character who is more interesting than her father, but the larger story is underwhelming and puzzle solutions are obnoxious more often than they are interesting
Replay
Moderate