Love is a powerful emotion, which can make us feel both euphoria and devastation. Last Day of June explores these feelings and how they change when tragedy strikes. While it has some poignant scenes, Last Day of June loses its lasting appeal with mediocre gameplay and repetition.

You play as Carl, who experiences tragedy following a relaxing picnic by the water with his partner June. When things go awry, he is left by his lonesome, crippled and devastated. Later on, he magically obtains the gift to rewind time and change the past, giving him a glimmer of hope that all is not lost.

Last Day of June plays in an infinite loop of that final day, where you embody multiple neighborhood characters from one sequence to the next and change their choices. For example, if a young boy uses a rope to fly a kite, then another character can no longer use said rope to safely secure boxes atop their vehicle. Each choice makes a butterfly effect that can either help or hinder you from saving June. These varying outcomes kept me invested, but are brought down by repetition.

The puzzles are never too difficult and can be entertaining, but the way they are implemented is frustrating. In order to change past events, you experience characters’ arcs repeatedly to find correct solutions. Certain characters can open up pathways or gates that others cannot, which is annoying because switching characters requires playing through their entire day again. Some cutscenes are skipped through these sections, but the repetition is still sluggish and distracting.

Once a day is completed, you watch the outcome of your choices and whether you managed to save June from death. You see June die not just once, but over and over again, which makes it lose its original emotional impact. I grew tired of seeing the repeated scene, and my connection to characters waned.

Last Day of June’s best moments take place in present day, during interactive scenes. When Carl wakes abruptly from sleep to find his wife no longer beside him, my heart sank. He is wheelchair-bound, and his anger, frustration, and sadness take over. When his stomach growls, he struggles to reach a can of food on a high shelf, and it takes great effort to get around. The dim lighting makes his home feel claustrophobic, and each time he turns back time to try and save June, I empathized with his growing hopelessness.

The neighborhood is a joy to explore, with its brightly colored environments that look like watercolor paintings. The characters feel lively and real, despite their vague, eyeless appearances. They speak to each other in incoherent murmurs, which means the story is told mostly through body language and visuals. I enjoyed having to piece things together myself, but their high-pitched mutters grew tiring, often portraying exaggerated emotions that didn’t feel authentic.

Last Day of June paints a world that is visually beautiful on the surface and darker at its core, but its emotional story loses luster quickly. While some narrative twists drew me in nearing its conclusion, I never connected enough with the story and felt distracted by its repetitive nature. 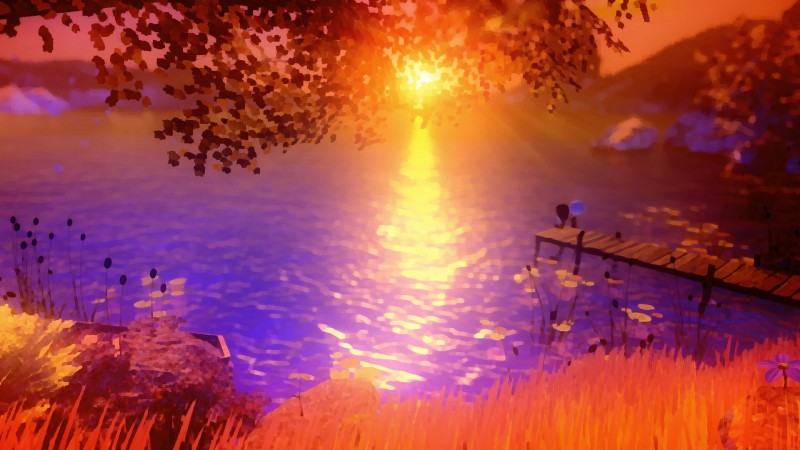 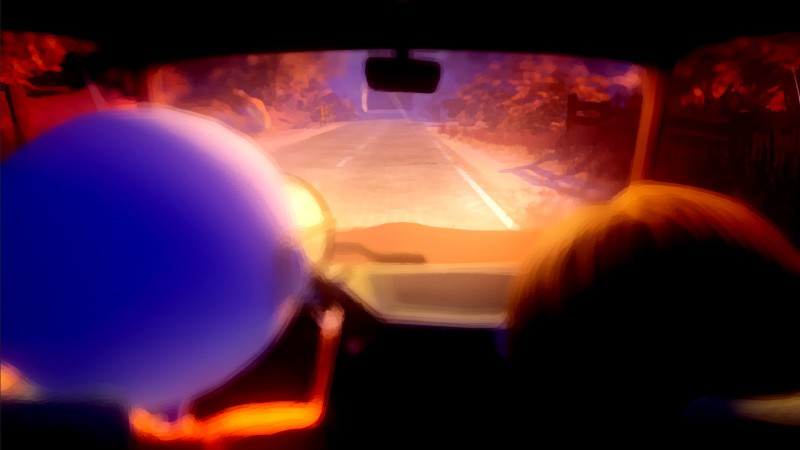 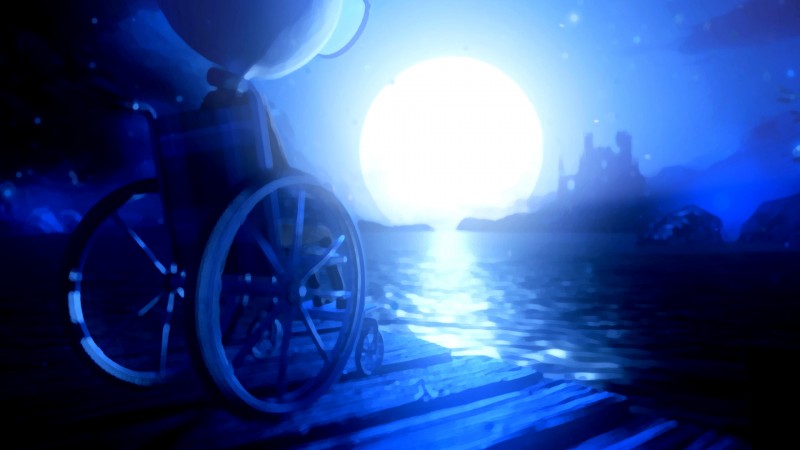 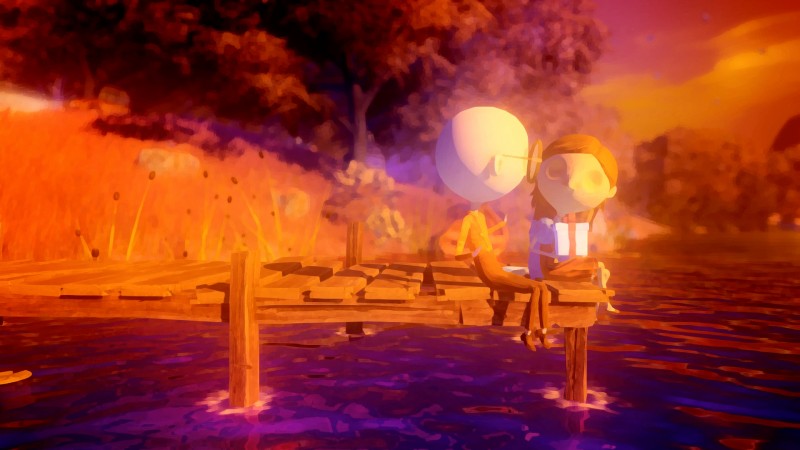 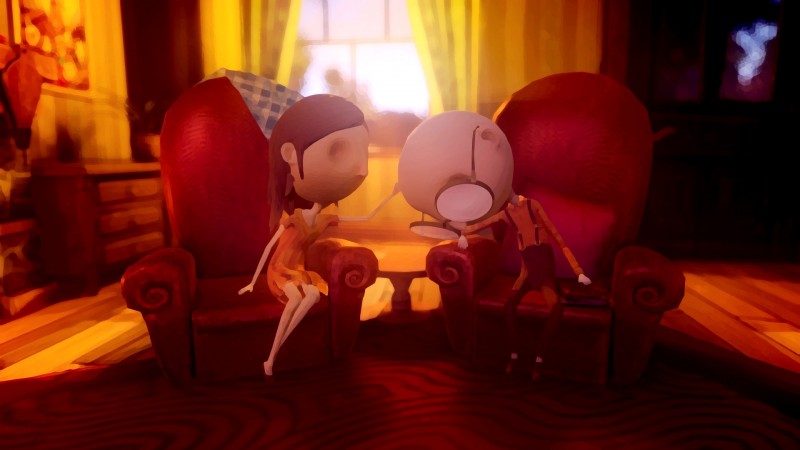 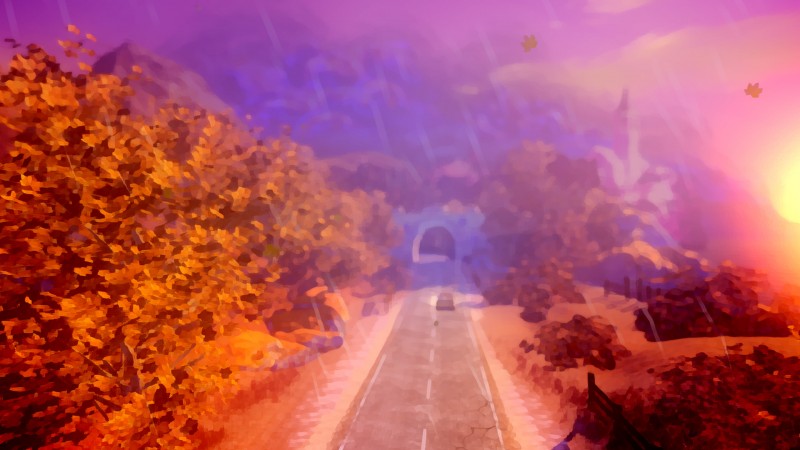 7
About Game Informer's review system
Concept
Rewind time and play as multiple characters as you try to save a loved one from death
Graphics
Last Day of June’s visuals are reminiscent of a watercolor painting, with bright and warm colors
Sound
A mellow soundtrack helps establish the mood well, but the gibberish voice acting is distracting
Playability
Roaming around the brightly colored world controls well, and the interactions to solve puzzles are simple to use
Entertainment
The puzzles are entertaining and exploring the neighborhood is a joy, but these moments are brought down by repetition
Replay
Low