Don't believe the visions of a dystopian future – 2150 is going to be a blast. I can't tell you the state of the human race or even if we're still on this Earth, but if the sport in Laser League is around, the bread and circuses will be rich. You may be vaporized by a sweeping laser field or shoved into one by an opponent, but with quick thinking, twitch skills, and strategy, living in a state of constant near-death is more than just feeling alive, it's exhilarating.

Laser League is a sport in the future where two teams of up to four players win by surviving multiple rounds in an arena of deadly lasers. These lasers emit from moving, rotating nodes that activate according to whichever team touches them first. Touch a laser field of the other team and you die. Thus, the playing field is like a bullet-hell shooter with discernible patterns and often little room for error. Running around activating and reactivating nodes (new ones drop and old ones switch off) or reviving teammates is fun as the balance of power often switches from team to team within a round. But avoiding lasers is just the beginning of Laser League's addictive gameplay.

Automatically dropped power-ups change the simple premise by switching all your lasers over to your opponent, speeding up the nodes, stunning the other players, etc. Power-ups and the everchanging landscape give you more to react to, but don't make the game more complex, per se. The game layers on clear strategic avenues not cumbersome, superfluous baggage, allowing players to always remain nimble in mind and movement.

Above and beyond this premise, Laser League works because it's well balanced. The six player classes have their own abilities (with a cooldown). Strong ones, like the lethal dash attack or invincibility, might be better suited to a particular map, but I've won matches with different permutations of classes, boards, and power-ups. An ability like steal, which changes all the active lasers to your team's color, can be a gamechanger, but not all power-ups turn the tide or should be played as soon as they appear. Even when you're down, you're never really out. You can rely on your stick skills to maneuver your way to safety, or activate new nodes to put your opponent on the defensive.

This balance makes the multiplayer less intimidating while still retaining its competitive spirit. The game has a single-player experience which lets you mix-and-match up to eight local players, but it's a training ground not a campaign by any stretch of the imagination. Here A.I. bots can be used if you don't have enough real bodies, and the A.I. is competent, going about its job utilizing whatever class you've set up for it and reviving fallen players. Overall in both modes, If there's a shallow point of the game, it's that while the class abilities cater to different play styles, the classes don't have deep progression, limiting players' rewards to cosmetic customization options.

I was occasionally killed by a laser I swear I wasn't touching, but for the most part the gameplay delivers with necessary precision. Movement is tight and responsive, allowing you to stop and turn fluidly on a dime when a laser threatens to shave off your face. I also had lag-free sessions with players way over in Europe. This helps the aforementioned balance, because while the dash attacks of the Blade and Smash classes are powerful, if those classes don't line up their attacks precisely or you dodge out of the way, they'll end up eating empty air or unintentionally vaporizing themselves into a laser like you planned it all along.

This sold gameplay is augmented by necessarily spartan visual and sound design that is as helpful as it is stylish. Even when you're running around in a panic, you can detect thin lines at the base of nodes that indicate which direction lasers will emit from when the node is activated. A sound cue and controller rumble tells you when your class ability is charged up so you don't have to keep looking at your icon to see if the bar is full. An announcer and text on the arena wall informs you which power-up has just dropped. These small things convey very important information without being distractions.

While the game comes with 16 varied maps in four venues, its multiplayer structure doesn't give players enough options now at launch. The game offers no lobbies or playlists where you can play a particular map or sequence of maps. Instead, it's rotated by the developer. Similarly, you can't tweak parameters such as the frequency at which power-ups appear or even how many points are in a round or how many rounds comprise a match. There is no persistence to your team, not even a team leaderboard. The lack of options doesn't make the game less fun, but having more choice would prevent you from having to play the same map twice in a row, for instance.

As I played Laser League people walked by my desk, saw the vibrant colors and figures scurrying around, and told me that they had no idea what was going on. Play the game for just five minutes, however, and its addictive frenzy will become readily apparent. The future is dangerous, chaotic, and unpredictable, but it's full of exciting possibilities.

8.75
About Game Informer's review system
Concept
Navigate an everchanging playing field as you try to activate deadly lasers and stay alive in this fast-paced sport of the future
Graphics
The game’s clean look isn’t just about style, it also helps players clearly understand what’s going on
Sound
Audible callouts for powerups and when your class abilities are charged and ready to go are helpful when your mind is otherwise busy trying to stay alive
Playability
I questioned the collision detection between my player and a laser a few times, but movement feels smooth
Entertainment
The arena and its deadly lasers may be hectic, but the rapid-fire fun is constant
Replay
High 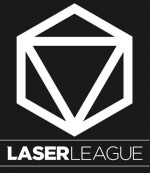